Collaborating with ProPublica, we created a visualization of government and campaign spending at Trump properties. We focused on making the data understandable and accessible, including building an interface to browse and download the raw data. 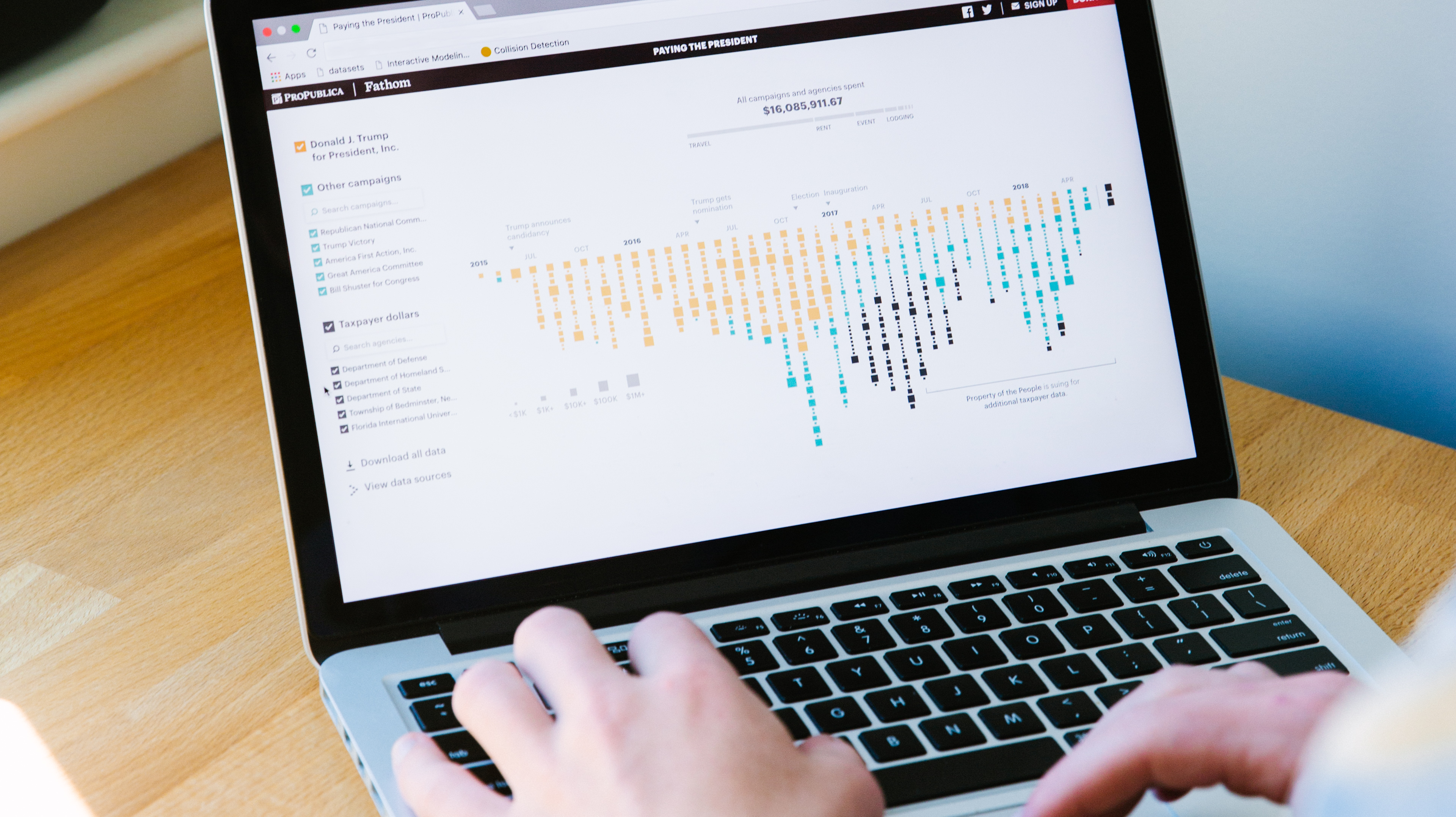 Traditionally, U.S. presidents have divested assets to avoid conflicts of interest between personal profits and public responsibilities. Since Watergate, all presidents have placed assets in blind trusts or greatly diversified their investments. Donald Trump refused to follow this convention and put his businesses into a trust run by his children, which did nothing to reduce the conflict of interest.

Once Trump announced his candidacy, his campaign started spending millions at his properties. When he became the presumptive Republican nominee, the Republican National Committee and other campaigns began flocking to his properties to host events. Since his inauguration, government agencies have followed suit, spending taxpayer dollars at Trump hotels, golf clubs, and restaurants. As of July 2018, the available spending data totals $16.1 million, and occurs nearly every day.

In depicting a timeline of transactions from April 2015 to May 2018, our goal is to show how this spending is frequent and ongoing. In a second view, users can explore a breakdown of the spending and download the raw data for further analysis.

Learn more about our process or read ProPublica's article.