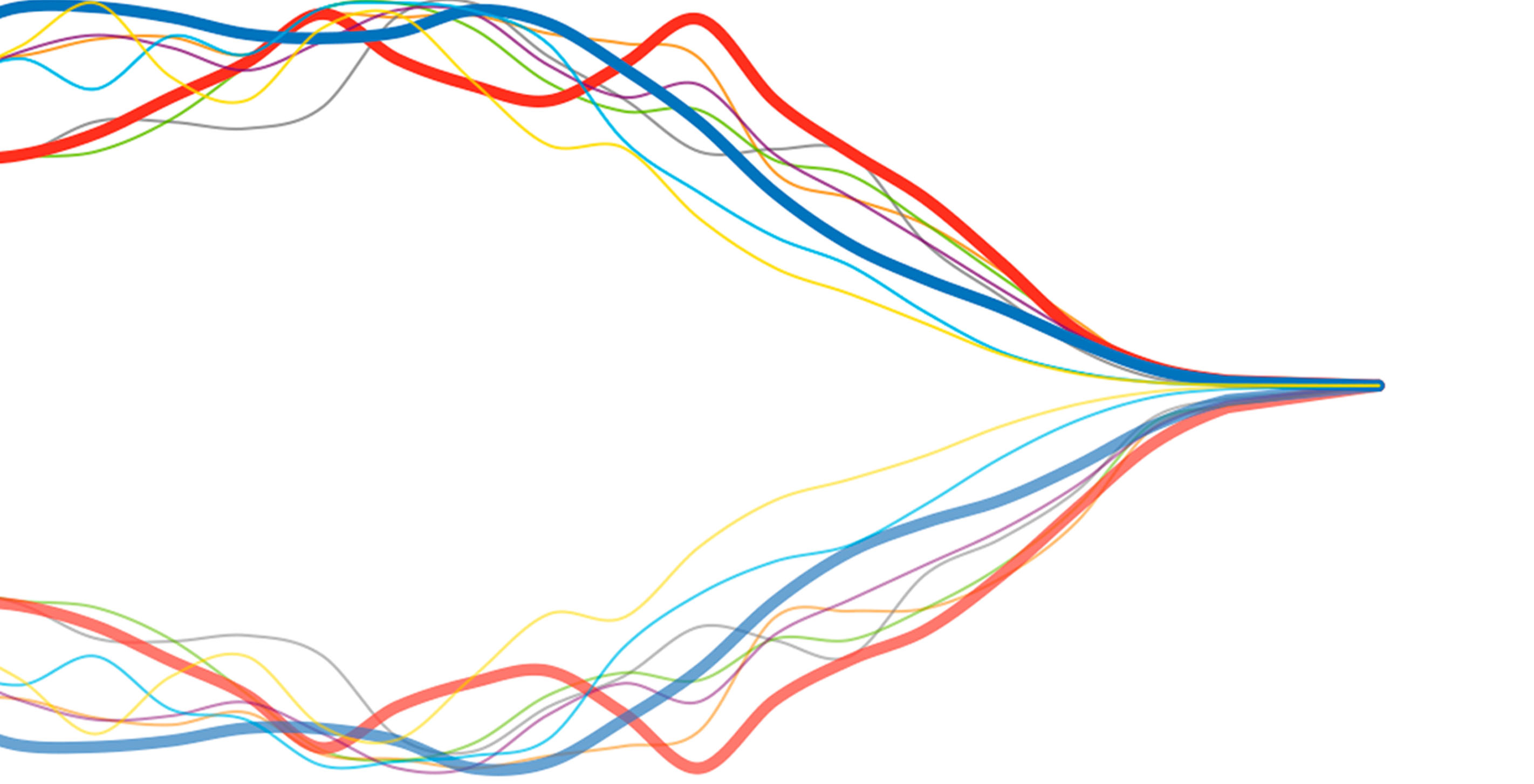 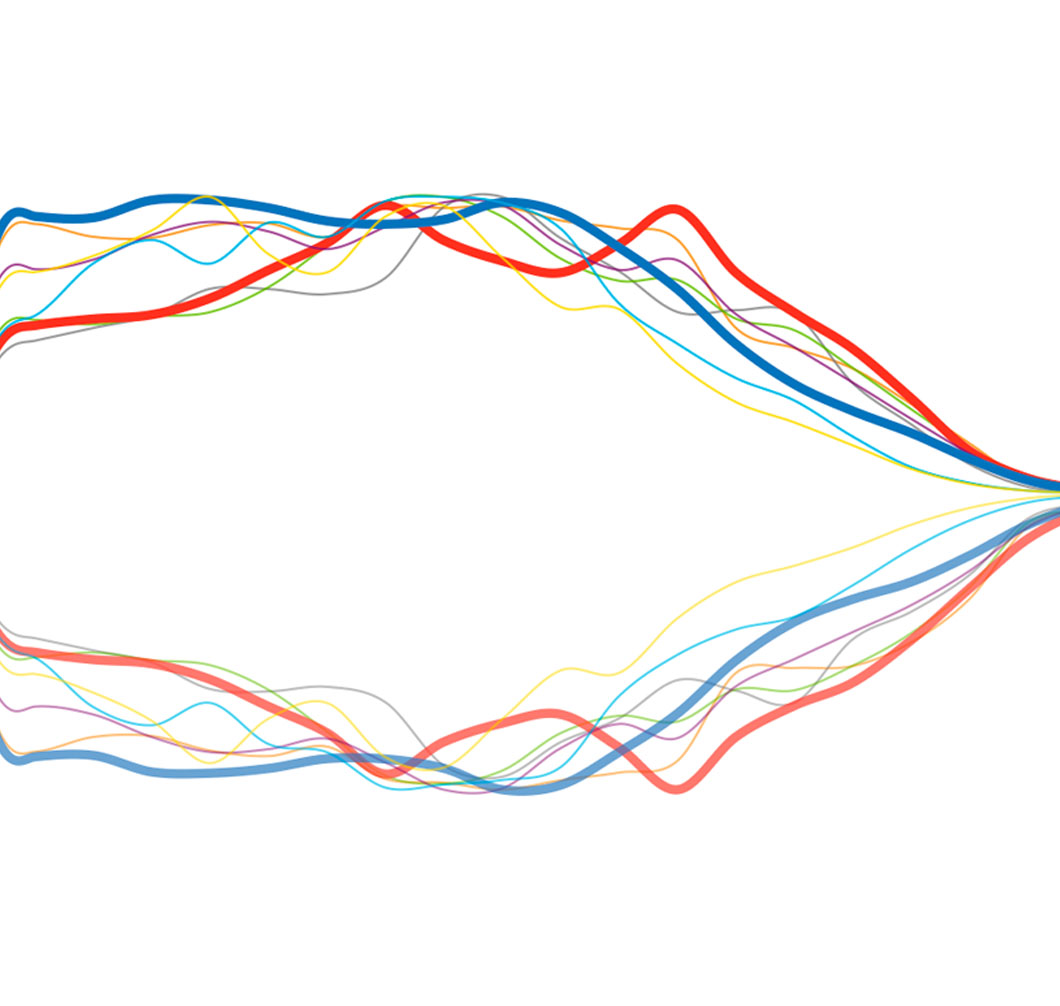 k
n
t
Ben
Shifting age demographics around the world
Our latest project for GE is about the striking shifts in age for eight developed nations. A large portion of Japan's population is between 60-64, and as that group grows older, it will have a significant impact on healthcare and the country's economy. A similar spike is seen amongst ages 35-39, which will have a similar effect a generation later. 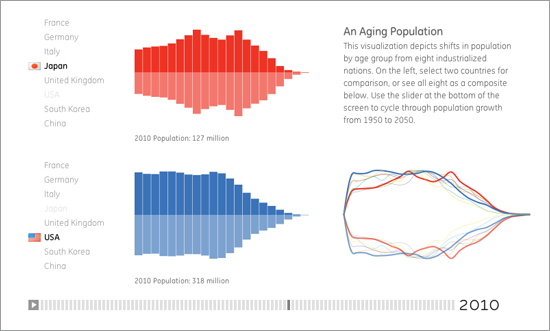 In addition to showing comparisons between pairs of countries, we also wanted a means to show the entire set of countries, to see how the ups and downs coincided with one another. The vertical scale is not population count, because overall population totals vary widely between the countries—instead we're looking at the portion of people within each age range. We found this interesting because the spikes actually coincide less than you might expect from only looking at individual countries on the left.

More of our GE visualization work (along with projects from GOOD, Pentagram, and others) can be found at healthymagination.com.