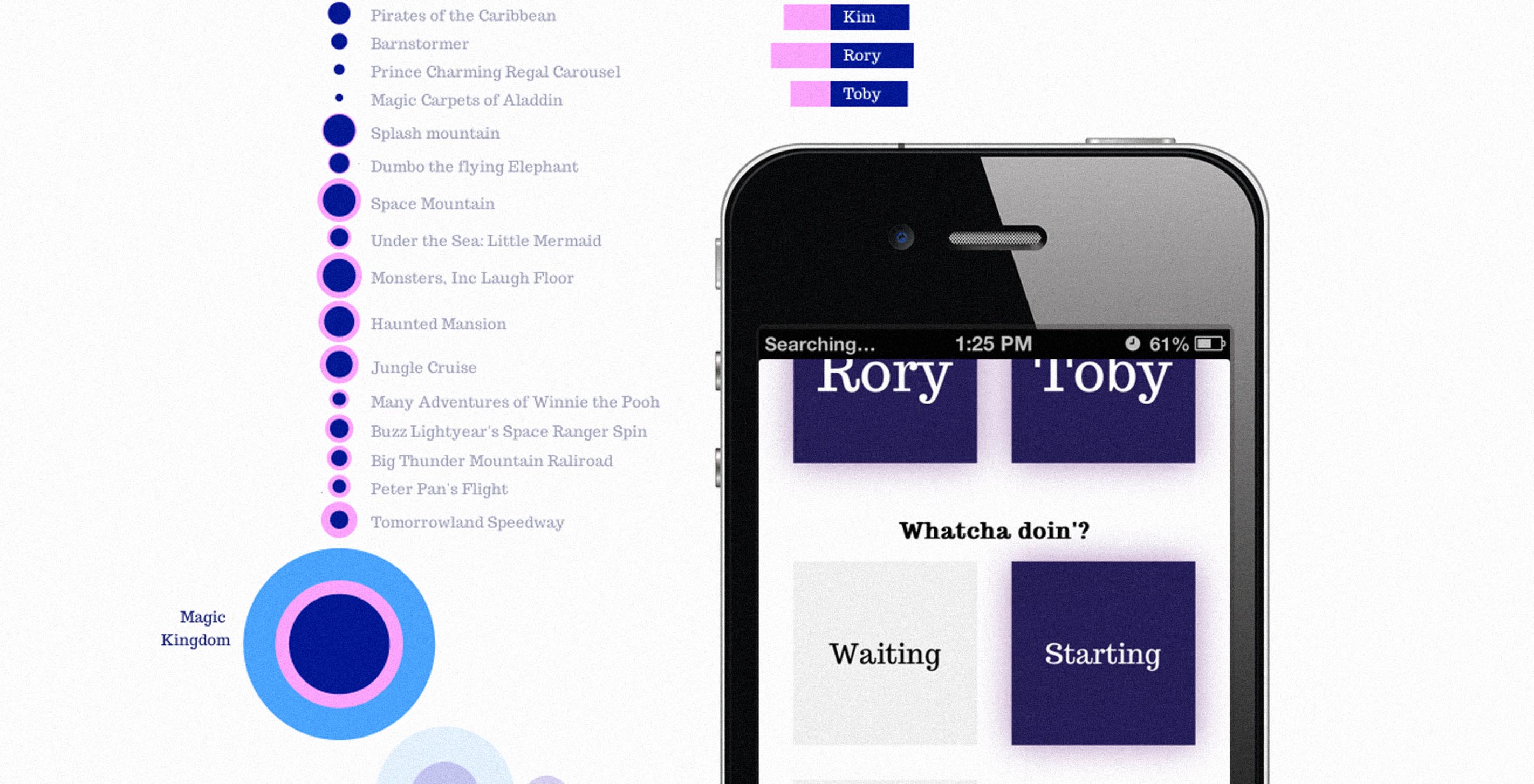 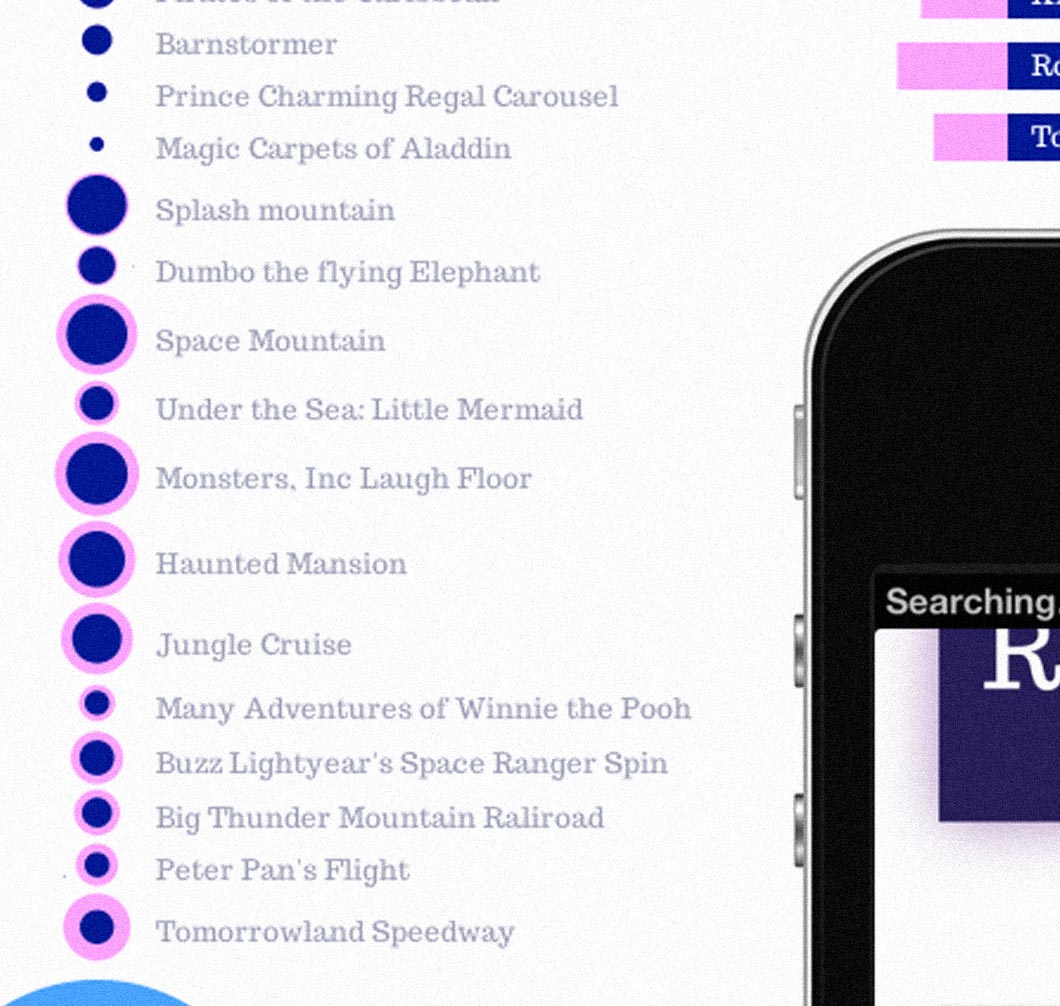 k
n
t
Mark
Just how much fun are we having?
When you have young children, at some point you will probably need to come to grips with the idea of vacationing at Disney World.

On the one hand, Disney spends an enormous amount of effort creating memorable experiences for kids. On the other, they are behind one of the most relentless marketing efforts aimed at people too young to think critically about what they are seeing. But doesn’t going to Disney World exemplify putting your children’s interests before your own? But doesn't Disney World exemplify crass consumer culture? But it's fun for the kids! But it's warping their minds! Yay! Nay!

Landing firmly on the grumpy side of that spectrum, I was less than excited when it was decided that my family would be spending a week in Orlando. Other than the whole watching-my-kids-have-fun thing, how could I make this trip more enjoyable? And how could I bring some objectivity to any further discussions on this topic? The answer came to me in a flash: data! I would pick up the torch of Fathom self-quantifying and track the amount of time we spent in line verus the time we spent on rides. With time running out, I whipped together a web app for my iPhone that allowed me to track the entry, exit, and waiting times for each family member on each ride. The app even included a way for the folks at the home office to leave messages for me. Now that my phone could help me track the ratio of waiting time to fun time, I was ready to go. 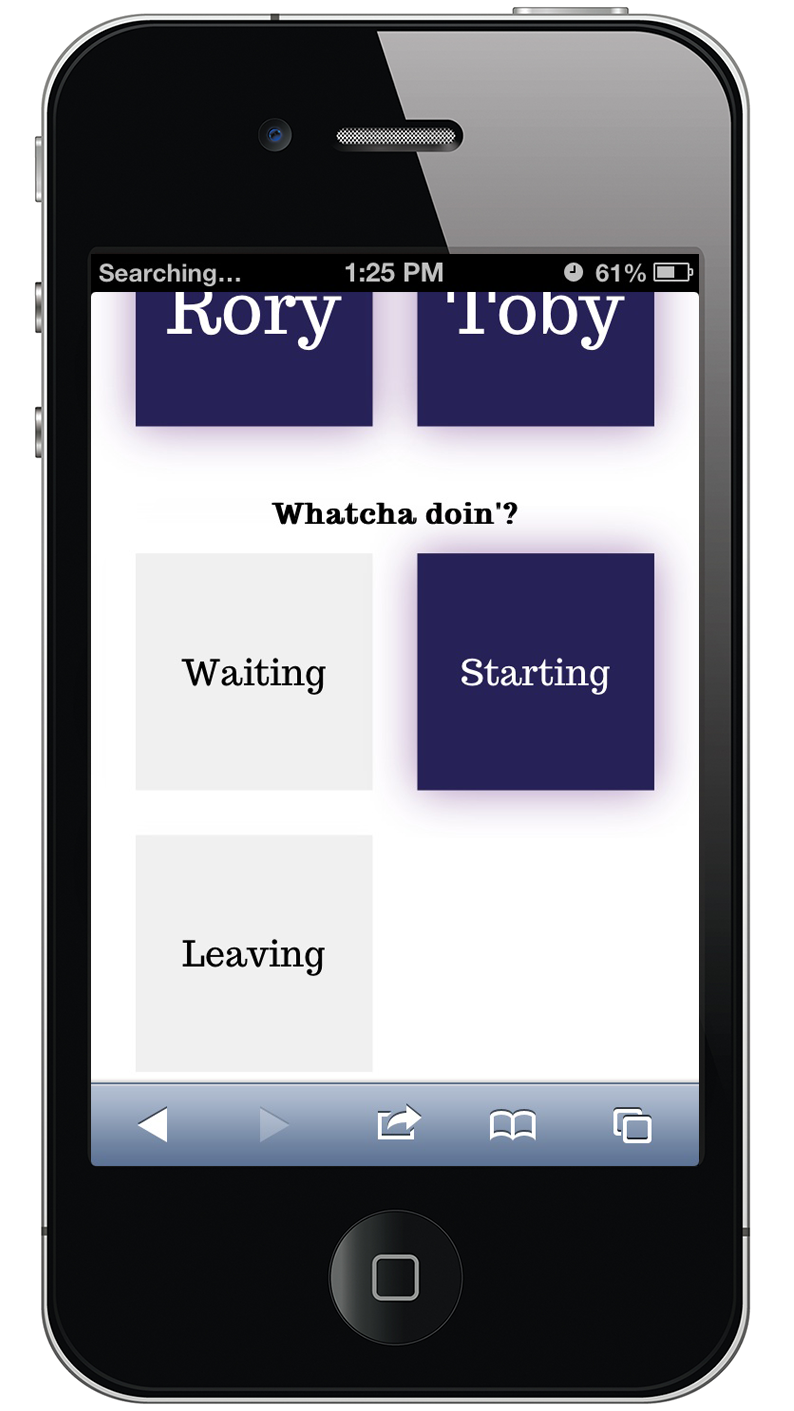 The custom interface for tracking rides, passengers, and wait times while on vacation.

The data collection stage of the project (a.k.a. "the vacation") went smoothly. We spent three days at Disney parks, and one day at Universal Studio's Islands of Adventure (to satisfy the Harry Potter fans in the family). At the gate of each park, ride, or show my wife and I tracked the time we got in line, the time the entertainment started, the time it ended, and which kids were with us. I will admit that sometimes the timing was off: on the water rides, for example, the accuracy of the data did not merit a new phone. To further complicate things, whenever I tried to enter data with one hand, the other was yanked by someone who didn't share my priorities of data entry. Thankfully, being close to the data meant that I could clean it up a bit when we got home.

We got to the park before opening in order to hit the rides before crowds built up. Our planning may have skewed the final wait/fun ratios. We also took advantage of Disney's Fastpass system, which allows you to bypass some lines in favor of coming back later at a scheduled time. This wasn't included in our tickets to Universal, which was one factor in the larger wait times there. You can see for yourself in the application I made based on the results. 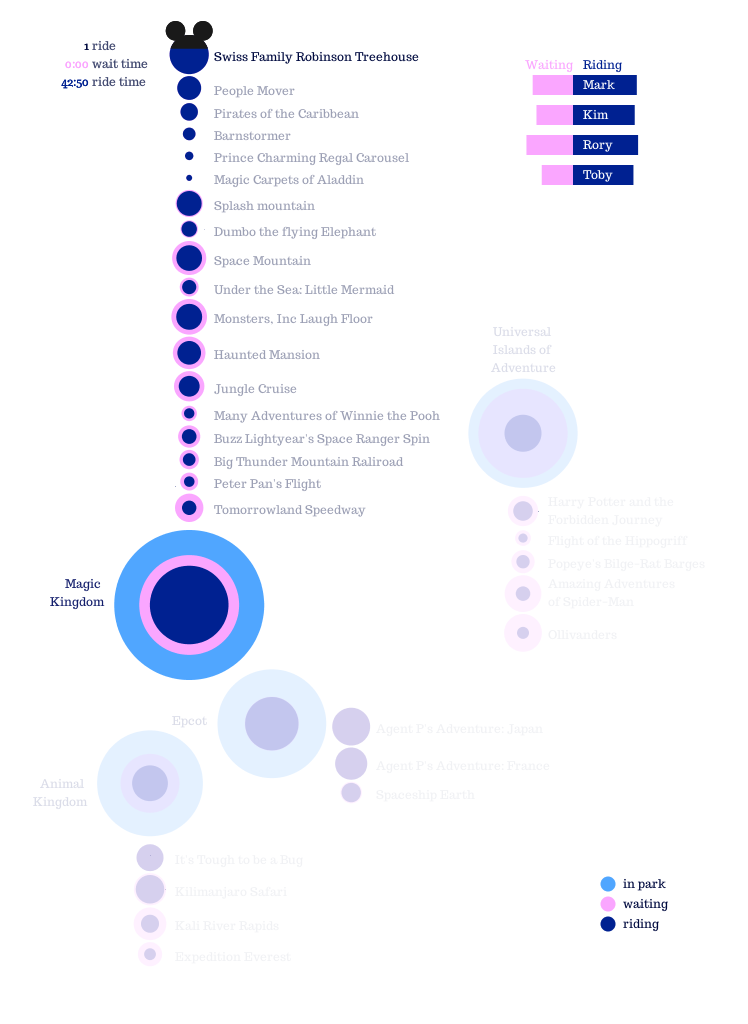 Visualization of time the author's family spent waiting vs. riding at amusements parks in Orlando, FL. Larger circles indicate more time spent at a ride or park, and the width of the pink band indicates how much time was spent waiting. See the interactive version here.

For what it's worth, this is in no way intended to be a recommendation of which park has longer or shorter waiting times or which is the most fun. This is merely a reflection of how we chose to spend our time given the choices available to us when we visited each park. And does the wait time even matter? Despite only spending about seven minutes on the ride, my daughter said Space Mountain was, "Awesome with a capital A-W-E-S-O-M-E and googleplex exclamation points!" Does it get much better than that?

After all this, am I less grumpy about Disney's influence on my children? I'm not going to write here about that. To find out, you'll have to catch me in person. But don't worry, it's a small world.