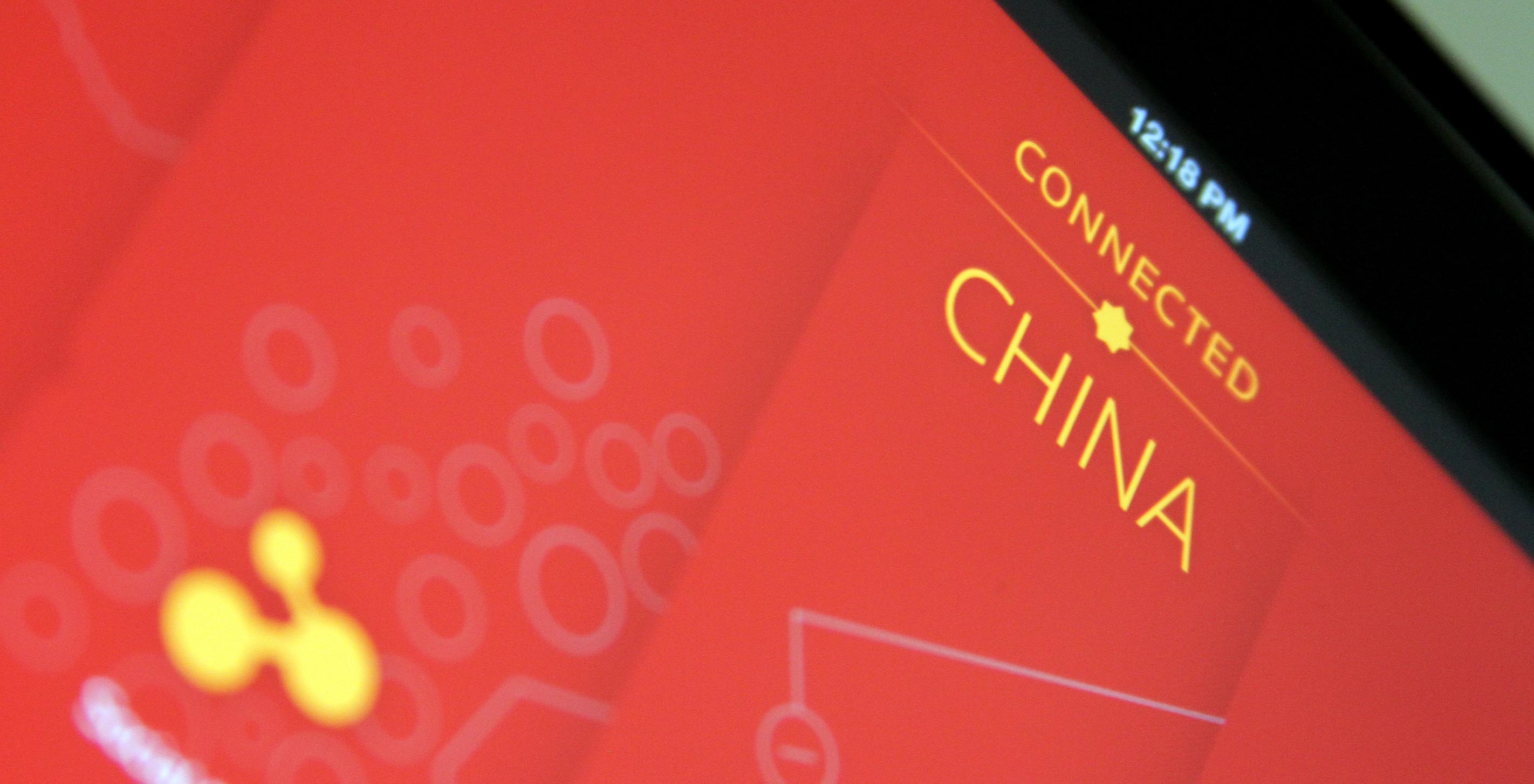 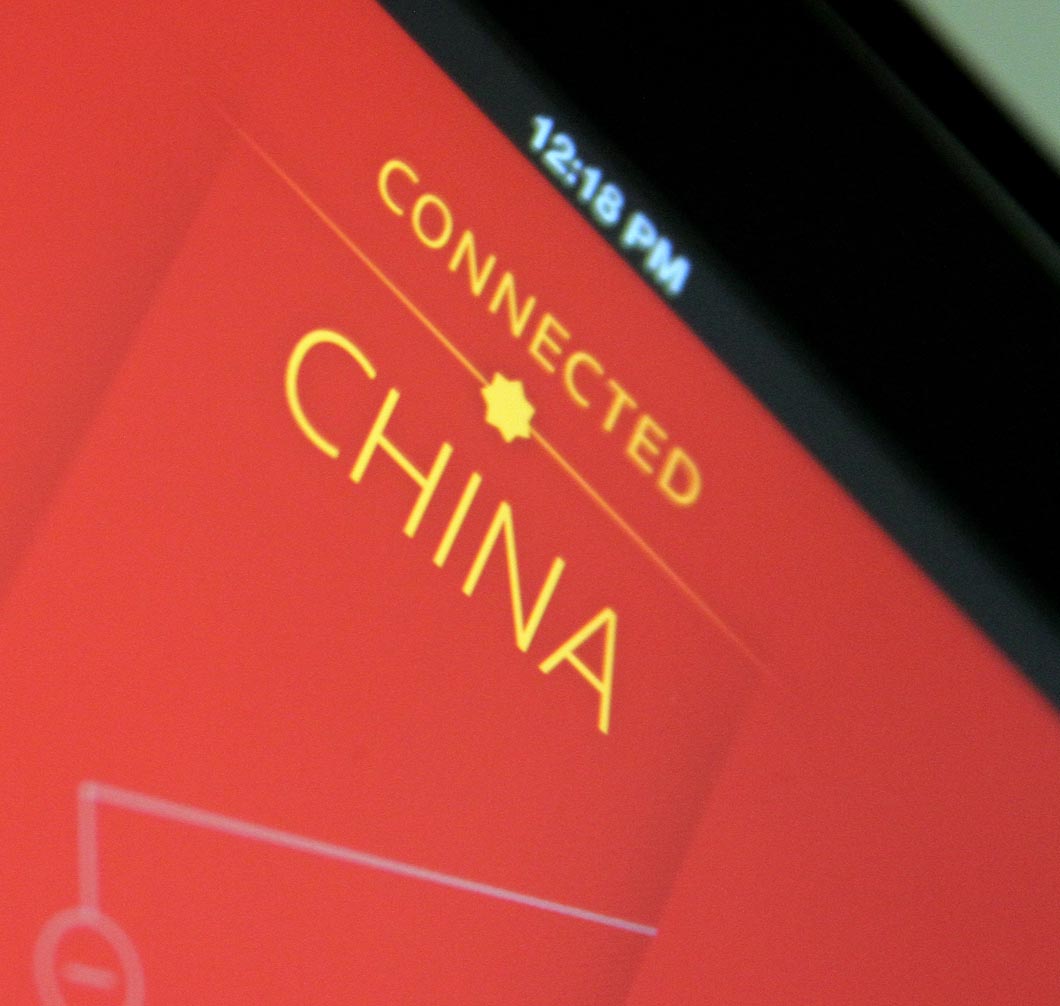 k
n
t
Fathom
Connected China
This is the first of several posts about the Connected China project, you can read more of the series using this link.

We are thrilled to announce the launch of Connected China, our collaborative project with Thomson Reuters. Available on the Web as an HTML5 application, and optimized for the iPad, Connected China uses a custom database to explore the cultural and political factors that shape the dynamics of power in modern China. 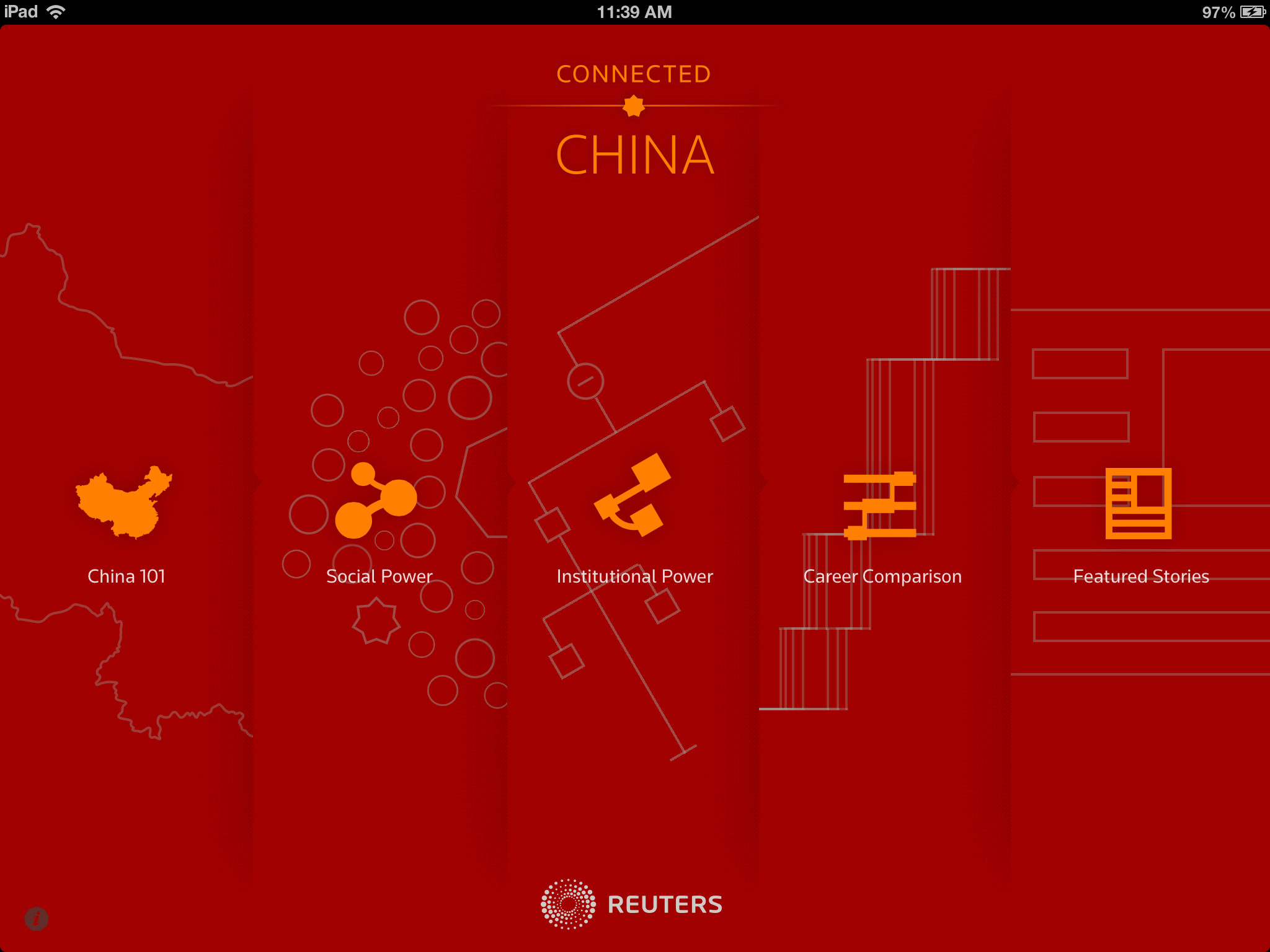 The topic of Chinese leadership has never been more timely. China's rapid rise in global prominence over the last decade has been well chronicled. Right now, the country is in the middle of a leadership shift that only occurs once every five years. This current shift, which began in November 2012 and will end in March 2013, is particularly significant because it brings a new president, Xi Jinping, and a new premier, Li Keqiang. Their leadership will set the tone for China for at least ten years.

Yet China and its inner workings are still quite a mystery to Western audiences. How are power structures in China organized, and how does the Communist Party exert its influence within those structures? How do familial and professional relationships impact an individual's level of political achievement? What are the benchmarks for a successful career in Chinese politics?

Connected China delves into the data to provide new perspectives and provocative insights about power dynamics in modern China. 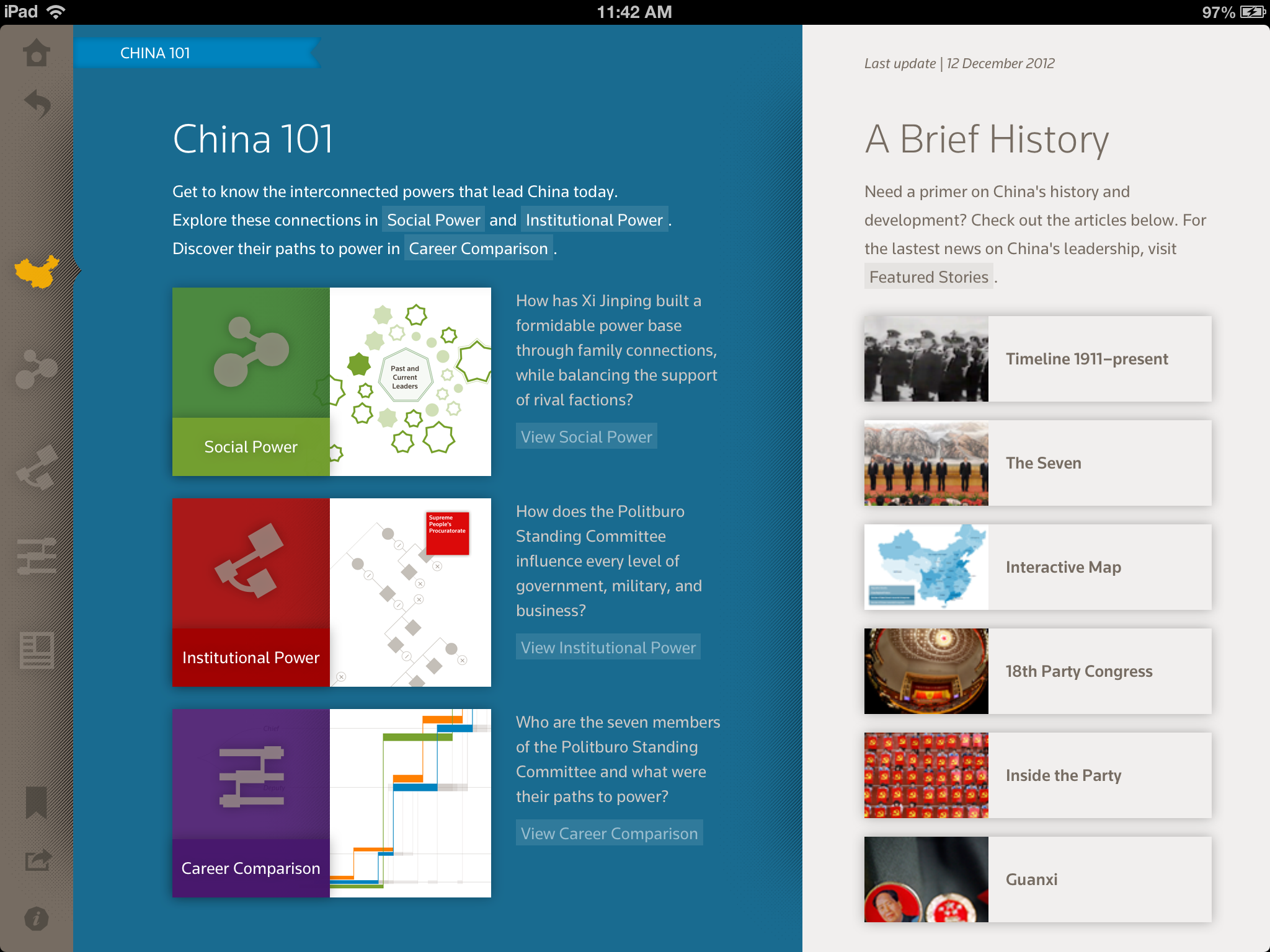 China 101 includes contextual articles and a timeline for understanding the basics of modern Chinese history and politics.

Power in China is all about connections, both political and personal. Social ties from family and factions are strong. Accumulated social capital is a more concrete asset than it is in the West. 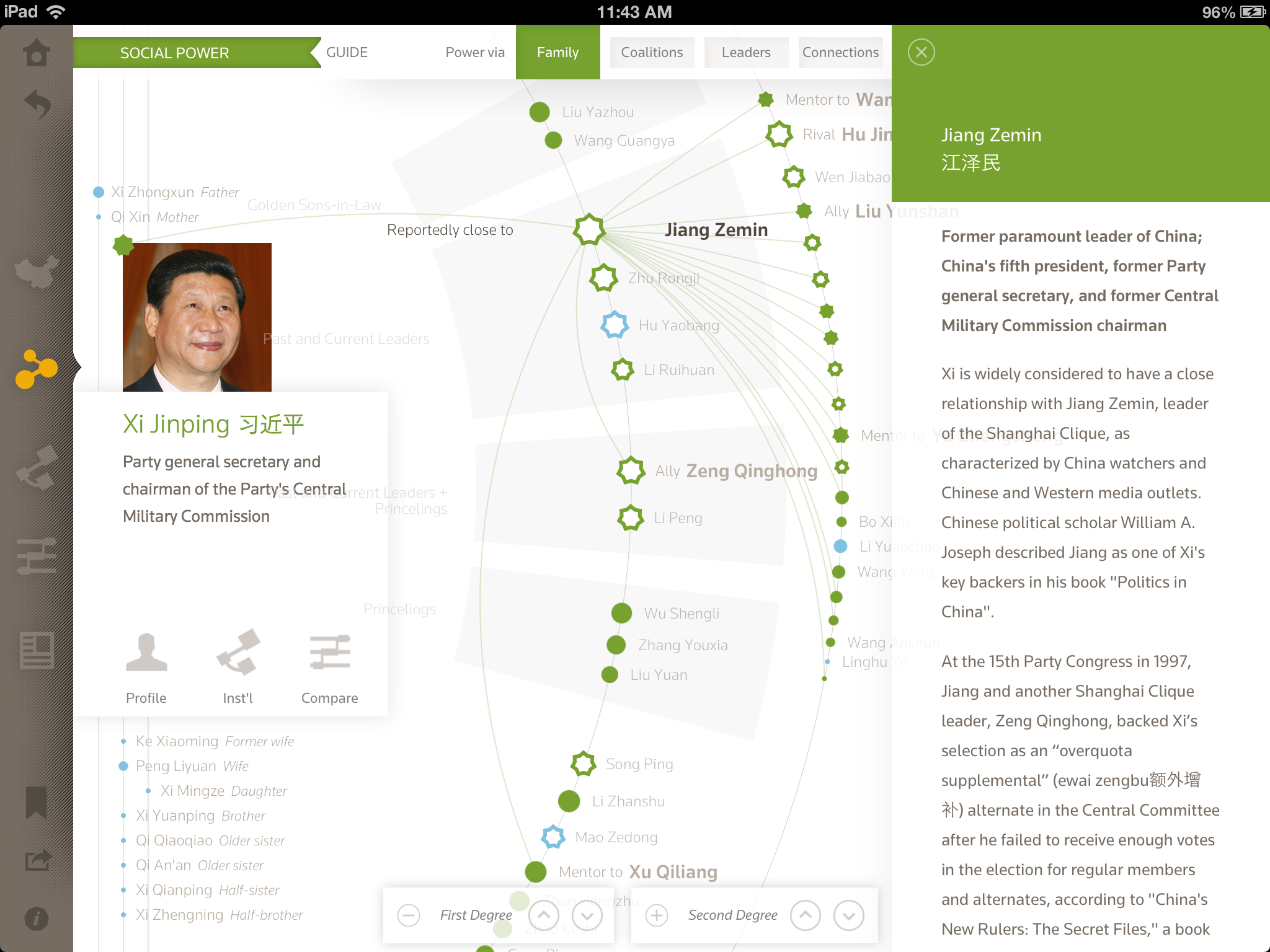 Social Power details the families and connections that define the careers of China's top leaders. 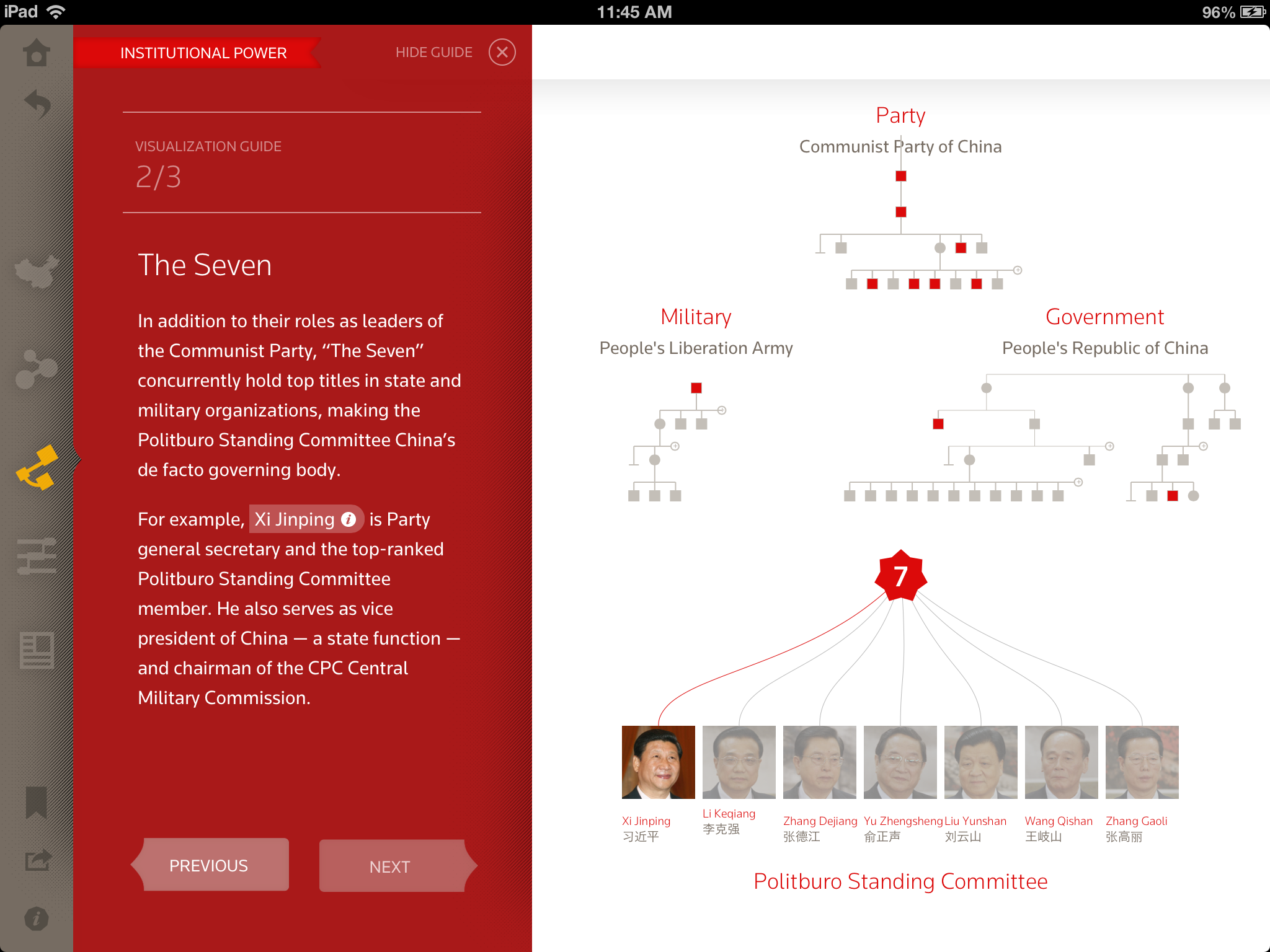 There are distinct patterns to successful careers. Both social and institutional power play a role in the rise of top officials. Connected China not only reveals who has power now—and how they achieved their current position—but who will likely be in power in ten, fifteen, or twenty years. 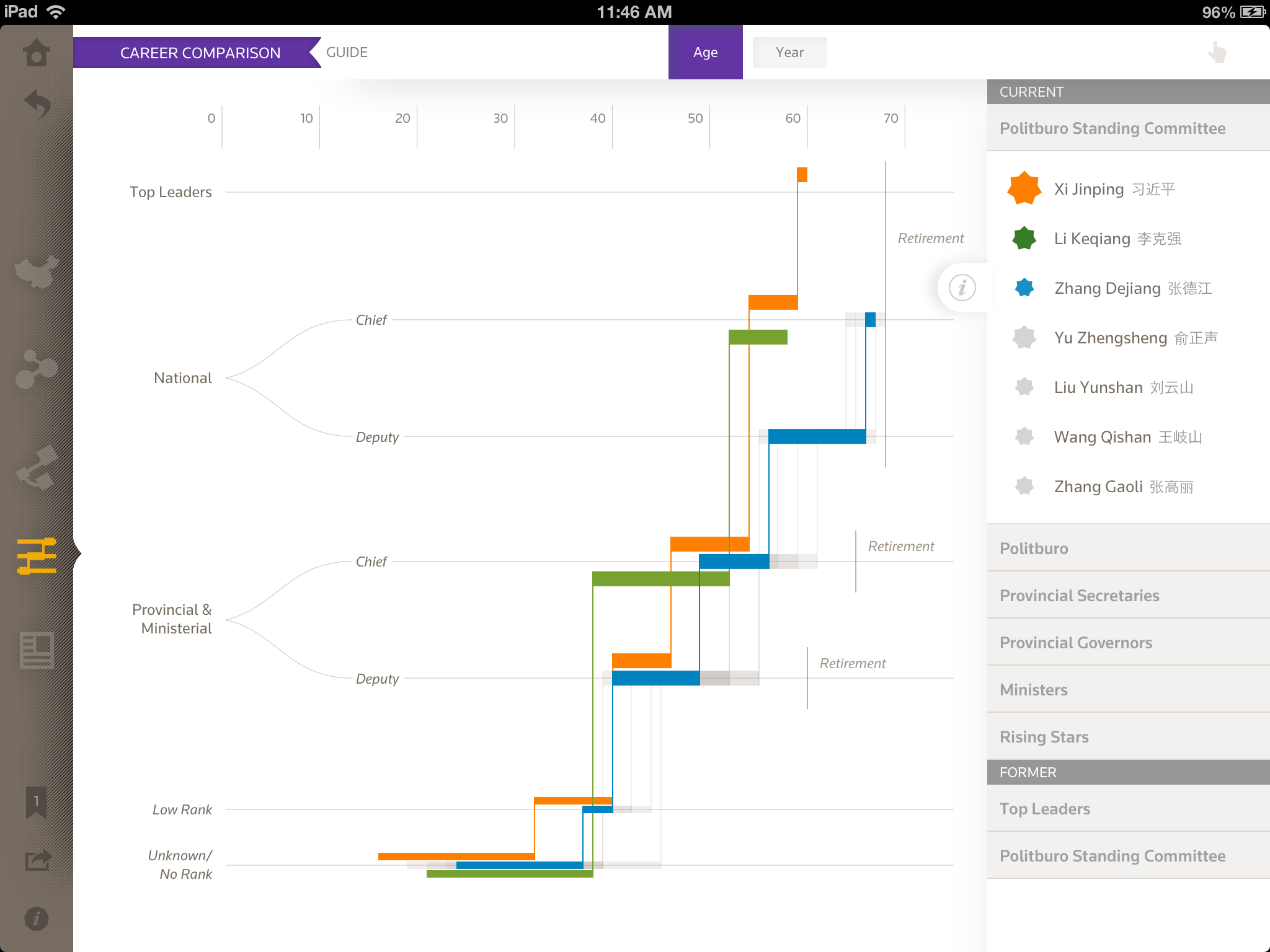 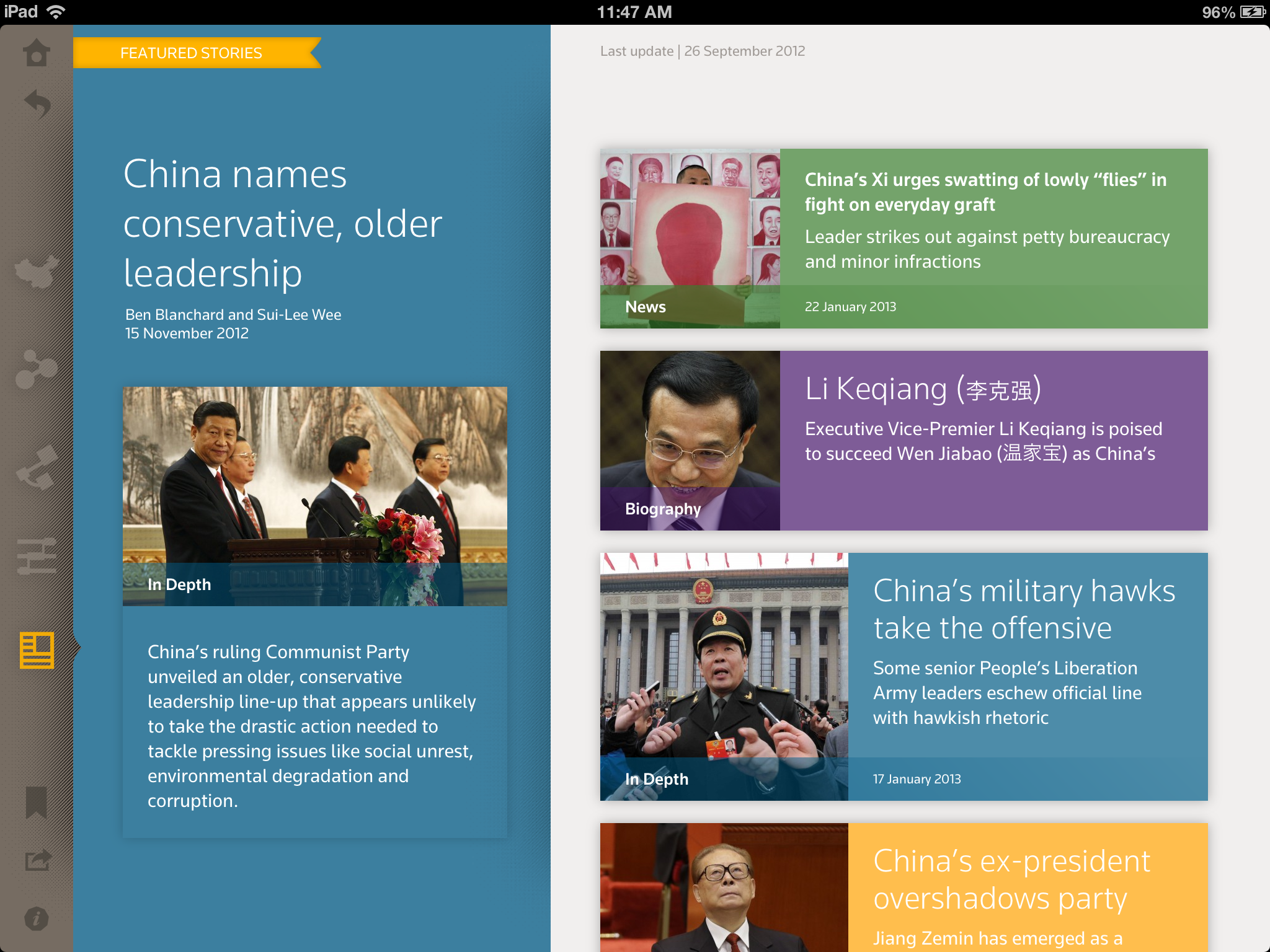 Since August 2011, journalists from Thomson Reuters have been researching and documenting the factors that comprise power in China. Their efforts were recorded in the proprietary database that drives this project. Fathom was granted access to the research at an early stage, which informed our approaches to exploring, presenting, and interacting with the data. The resulting sketches then provided direction for further research on the journalists' part. This collaboration resulted in a unique and powerful information engine that provides unprecedented transparency of this world power's political players and system.