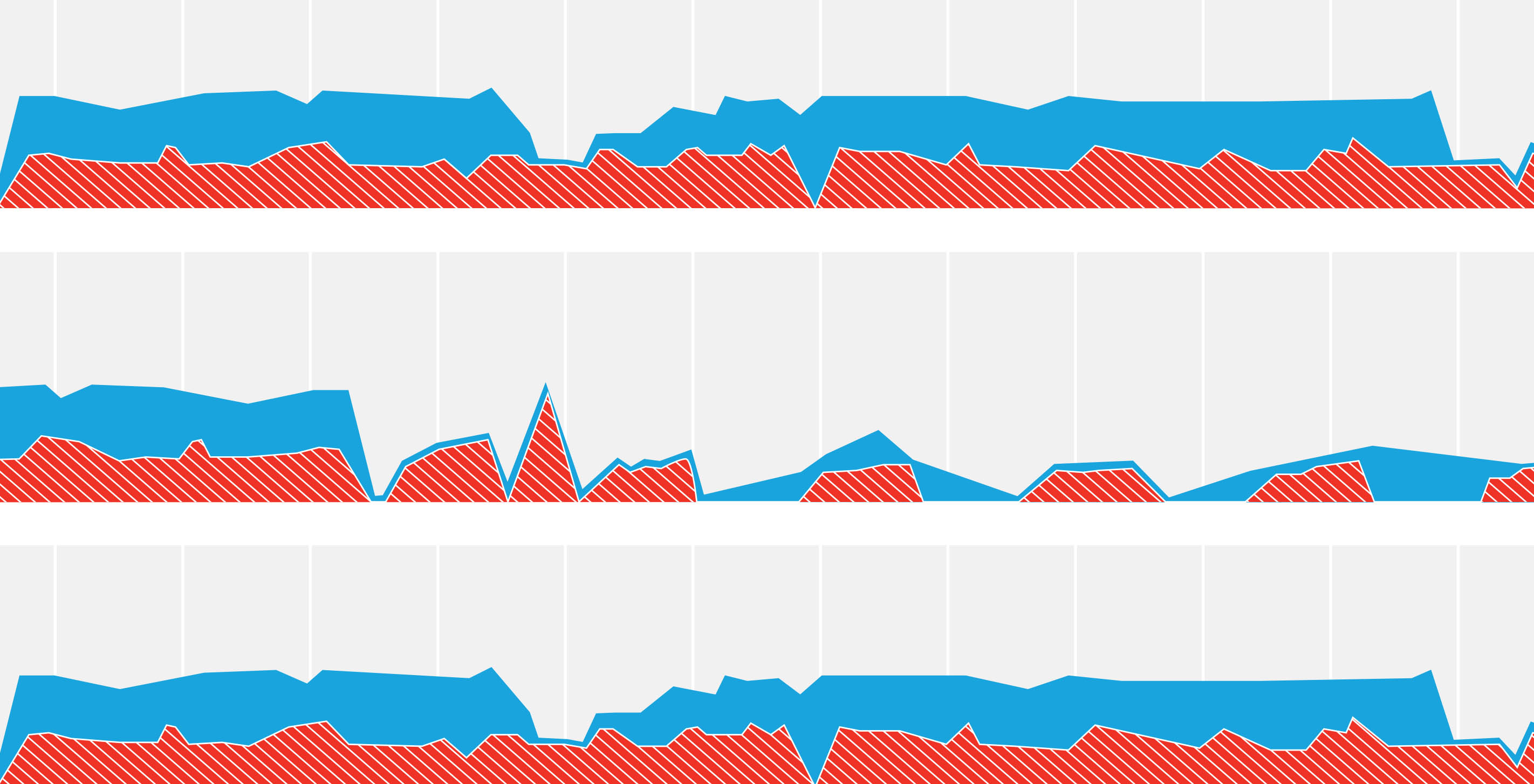 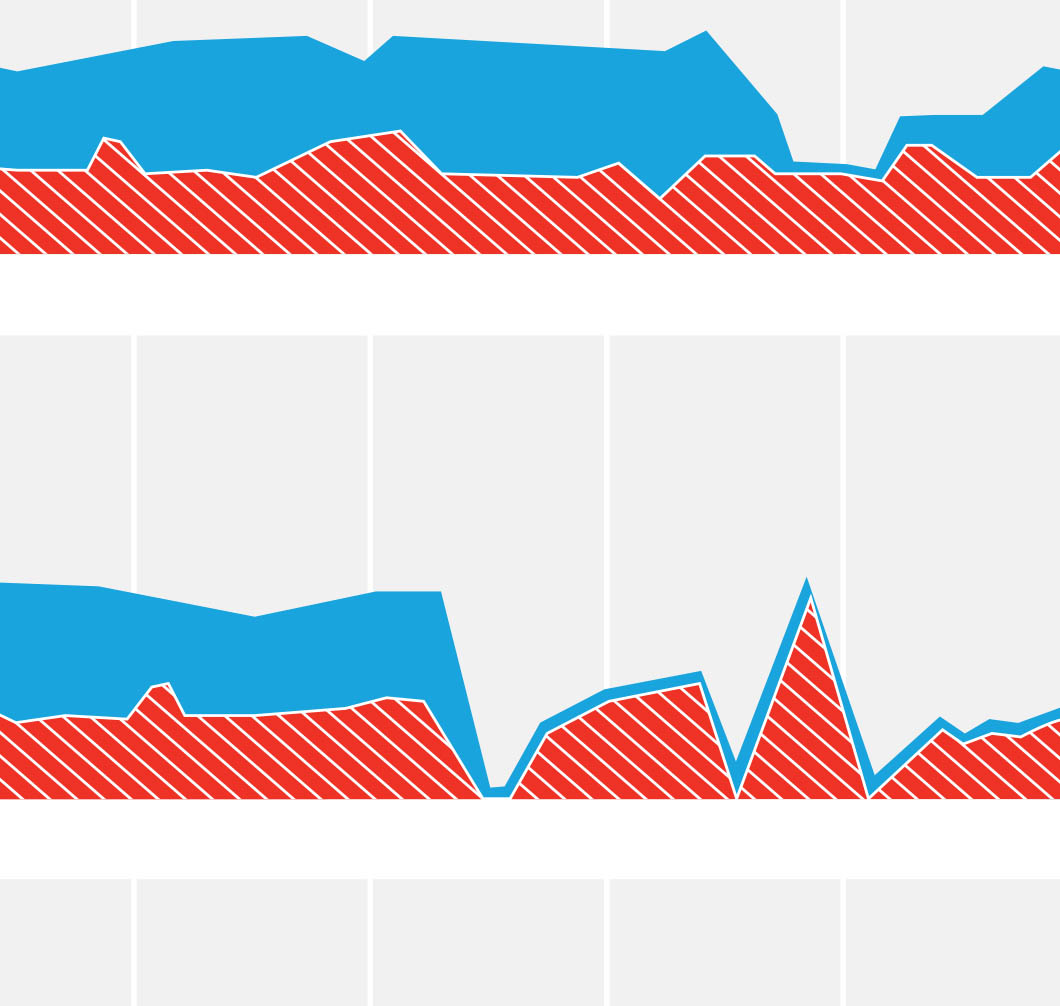 k
n
t
Katy
Powering the Kitchen
Here at Fathom we hit the ground running in 2011. We wrapped up a touch screen installation for the 2011 Consumer Electronics Show in January, helping our friends at GE shine the spotlight on all of their Ecomagination initiatives. The GE booth — a small city block is the more apt description — was an eco playground of residential wind turbines, electric cars, Wattstations, and energy efficient appliances.

In Powering the Kitchen, GE used its home energy monitors to track five major sources of kitchen energy use — refrigerator, range, dishwasher, overhead lights, and plugs — in a typical American household for one month. We built a tool that let visitors dig deeply into this information, and learn how the things we use every day impact our total energy use.

Here's the piece in action at the trade show!

Patterns in our energy use arise at varying scales. First there is a single day, where you can see that energy spikes during daylight hours, but remains at a steady base level even in the middle of the night when nothing is on. The fridge, for example (red), is constantly cycling on and off to maintain a consistent cooling temperature. 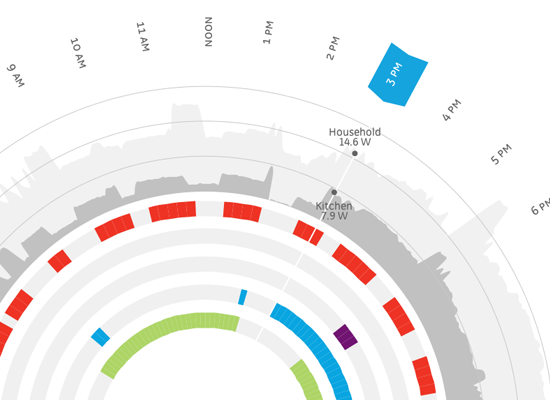 Zoom out to an entire month, and see the same fridge energy use played out over a longer time period. Its easy to see how the fridge accounts for the largest chunk of energy used, followed by overhead lights (green) and plugs (blue). 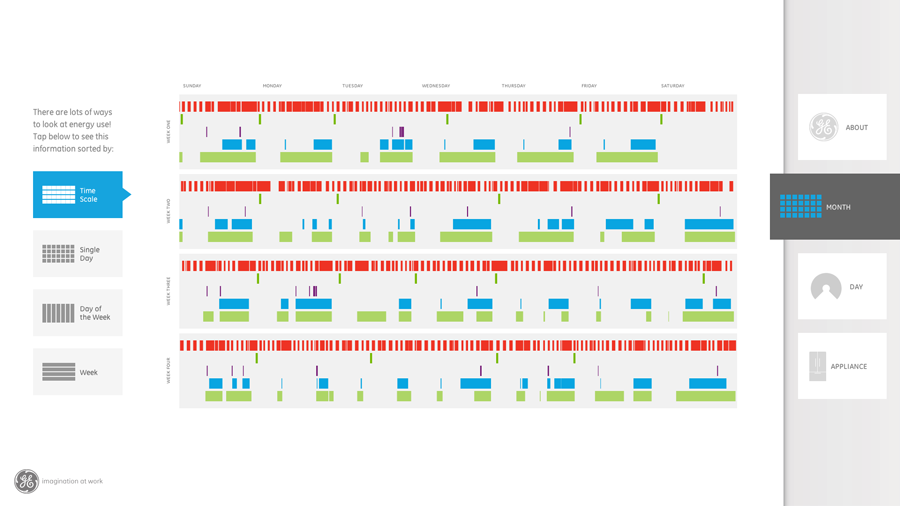 Next zoom in on the appliances themselves. It was a revelation — for us at least — that the level of energy consumption for each appliance is not regular over time, but has peaks and valleys depending on a host of other factors. 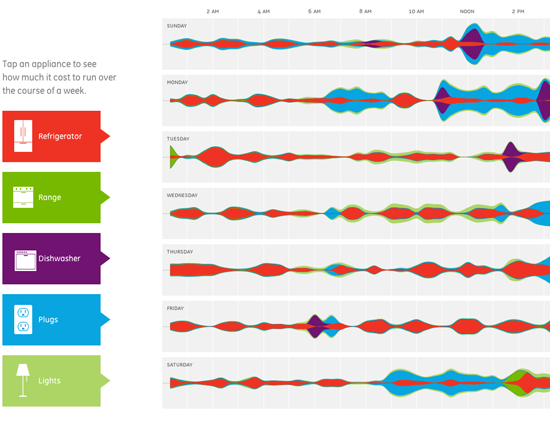 There's a lot to learn, too, from looking at just a single appliance. In this particular home, the dishwasher (purple) gets used about once per day, but it actually has differing energy needs depending on the settings used. In terms of cost, it represents a fraction of the overall energy use of the kitchen. 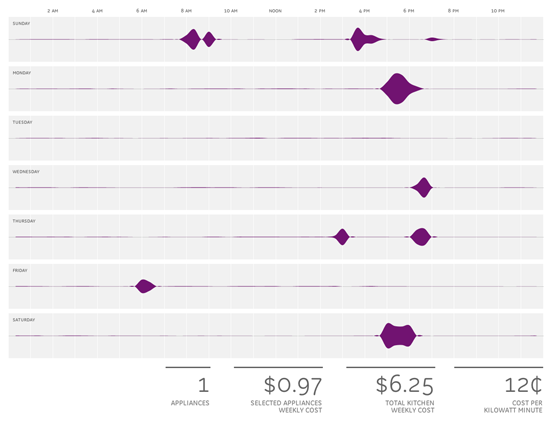 There's also a version of Powering the Kitchen that has been adapted for the web.