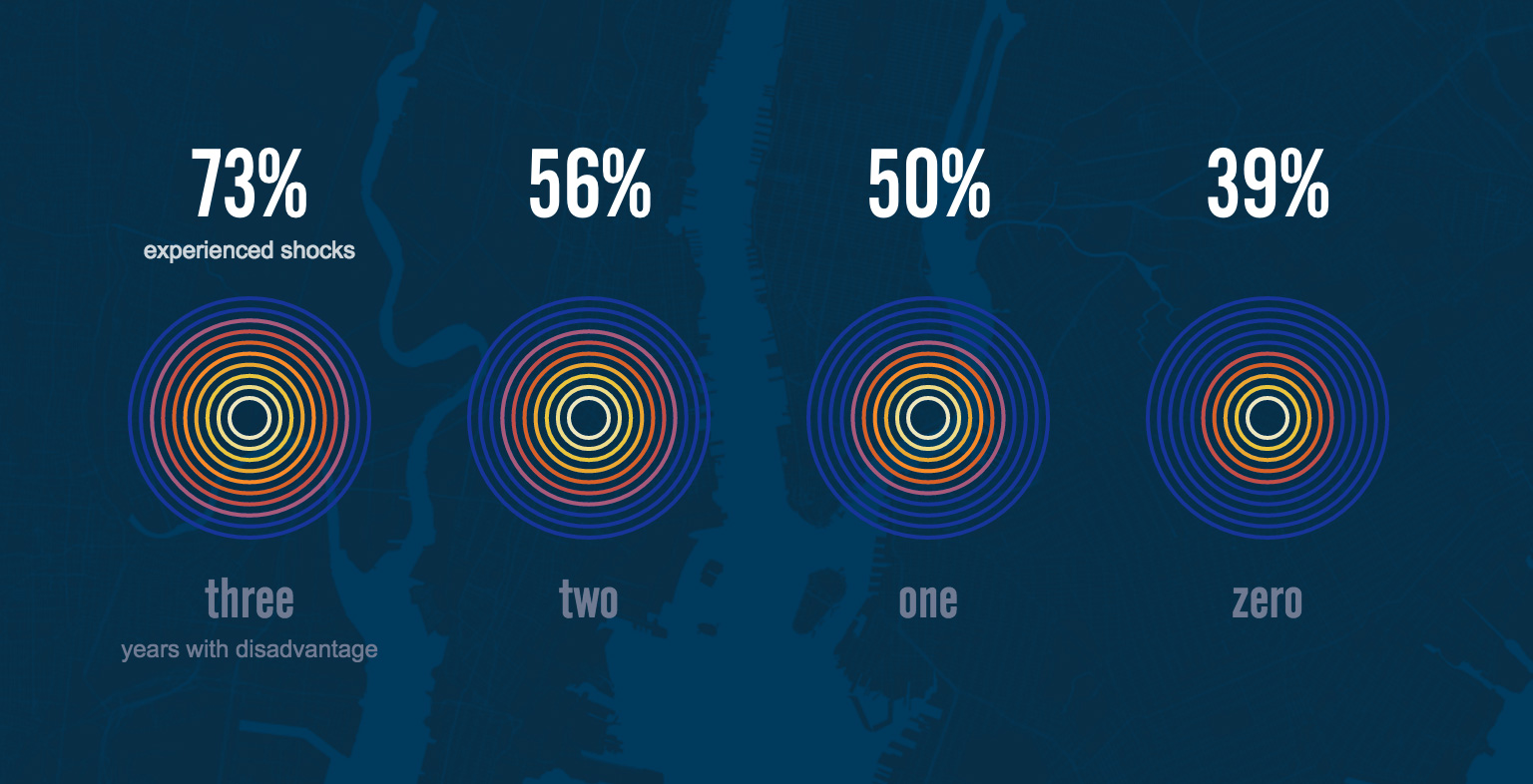 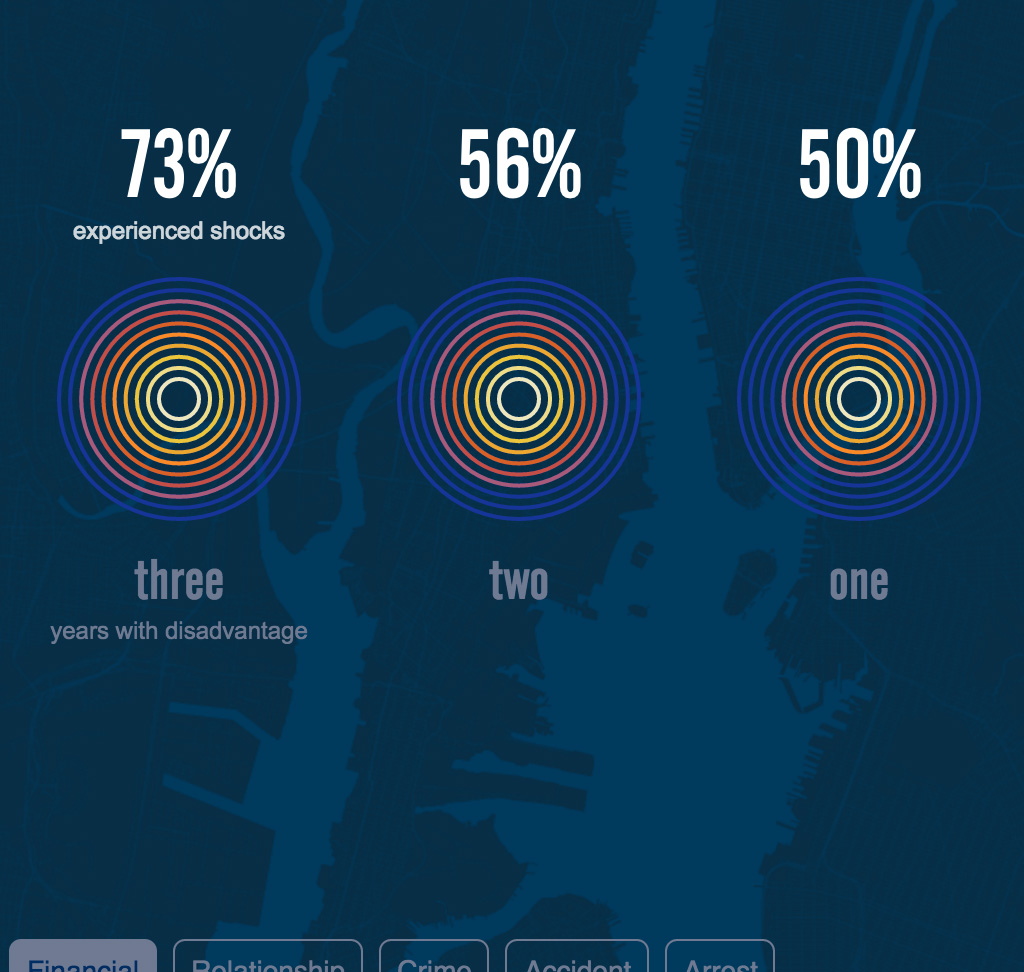 k
n
t
Fathom
Poverty Tracker's latest update
We're excited to release the latest update to the Poverty Tracker. The project is a collaboration with the Robin Hood Foundation and Columbia’s Population Research Center that has continued to look at poverty and hardship in New York City over the past three years. 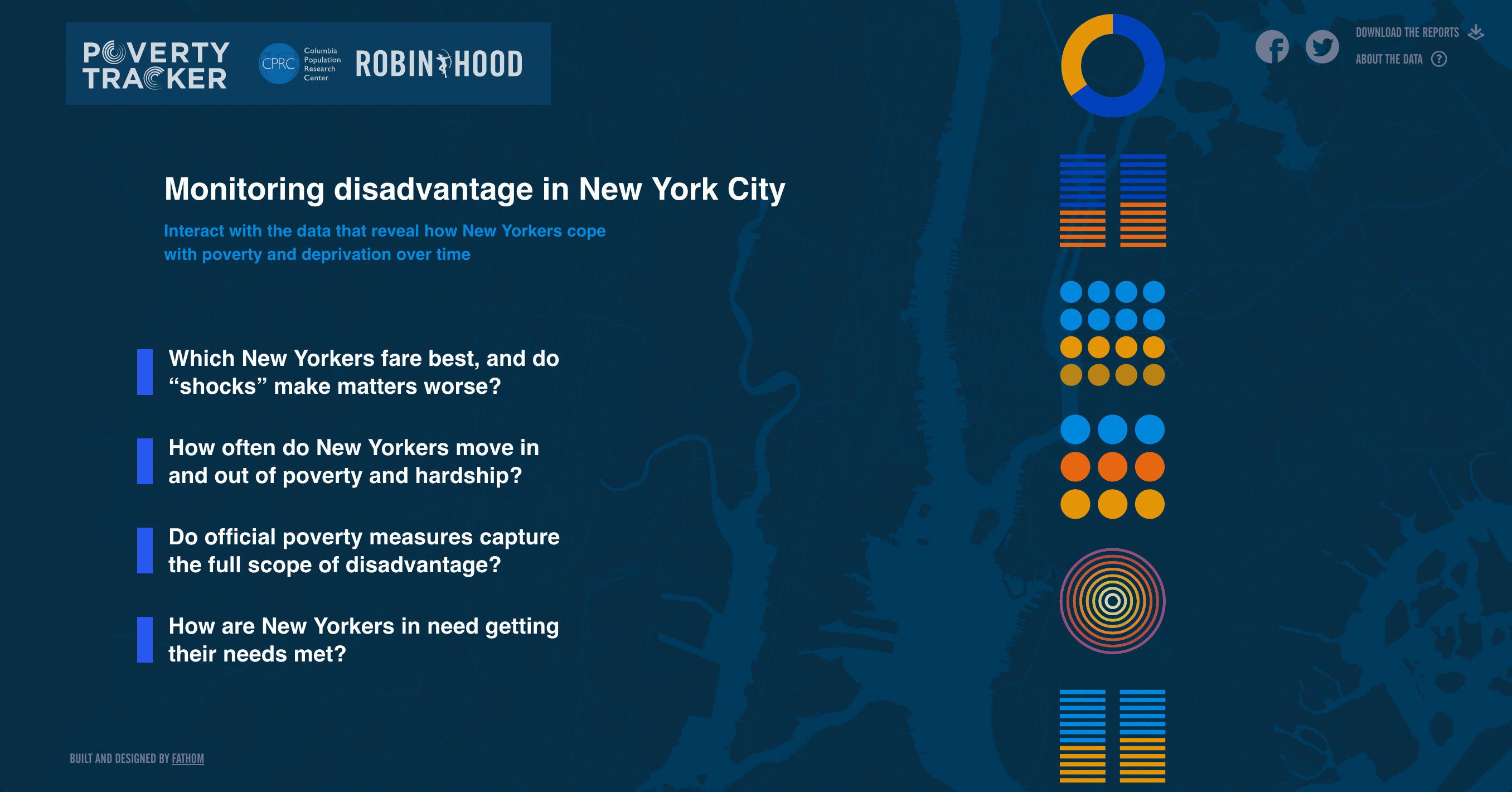 Building off the longitudinal data from the previous report, the latest edition depicts the total count of those who experience hardship over three years. A single year's data might suggest that only a small percentage of New Yorkers are facing poverty, but looking over three years shows how almost half the city's population experienced poverty at some point during that time. 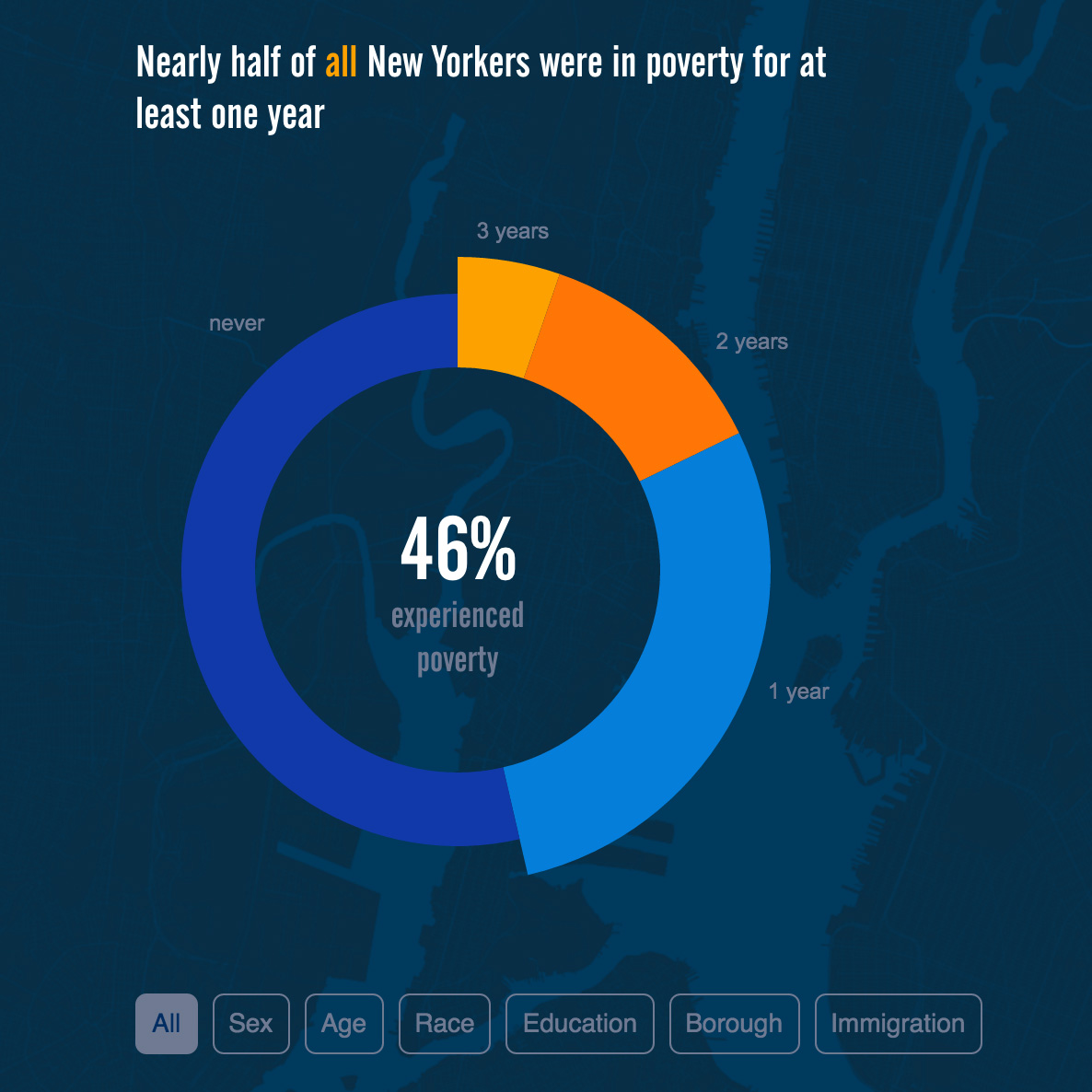 This report also takes a look at the different types of “shocks” people are facing—such as losing a job, going through a divorce, or getting arrested—and how that affects the length of time individuals experience hardship. 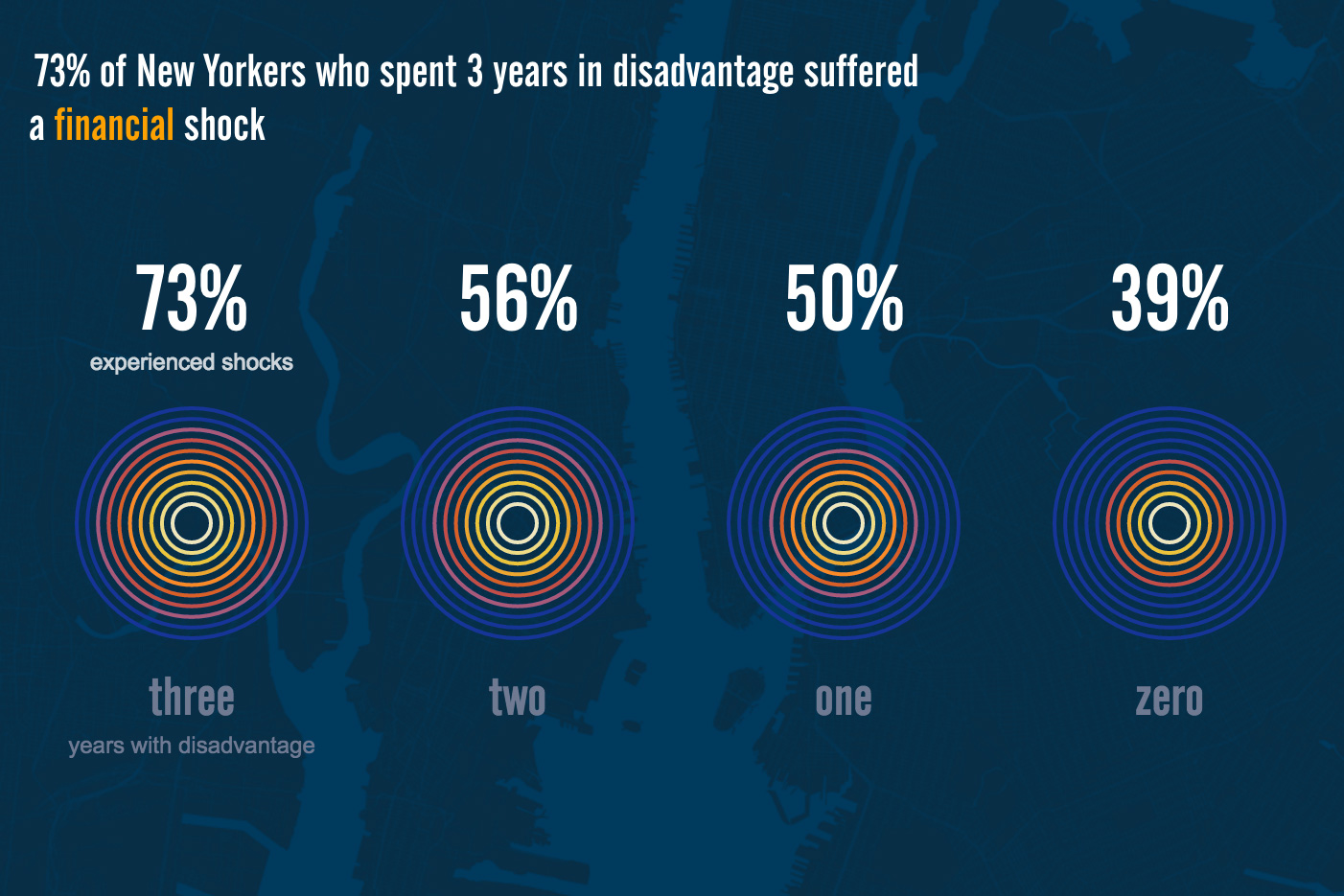 The ripple chart represents the percentage of people who have experienced shocks and years they spent with disadvantage in New York City.

It’s been a privilege to build on this project with the Robin Hood Foundation and Columbia’s Population Research Center as more data is collected and new reports are added. Since its launch in 2014, the Poverty Tracker site has grown from one report to four, and with that, into an accessible resource that paints a striking picture of poverty in New York City.

You can check out the full site at povertytracker.robinhood.org