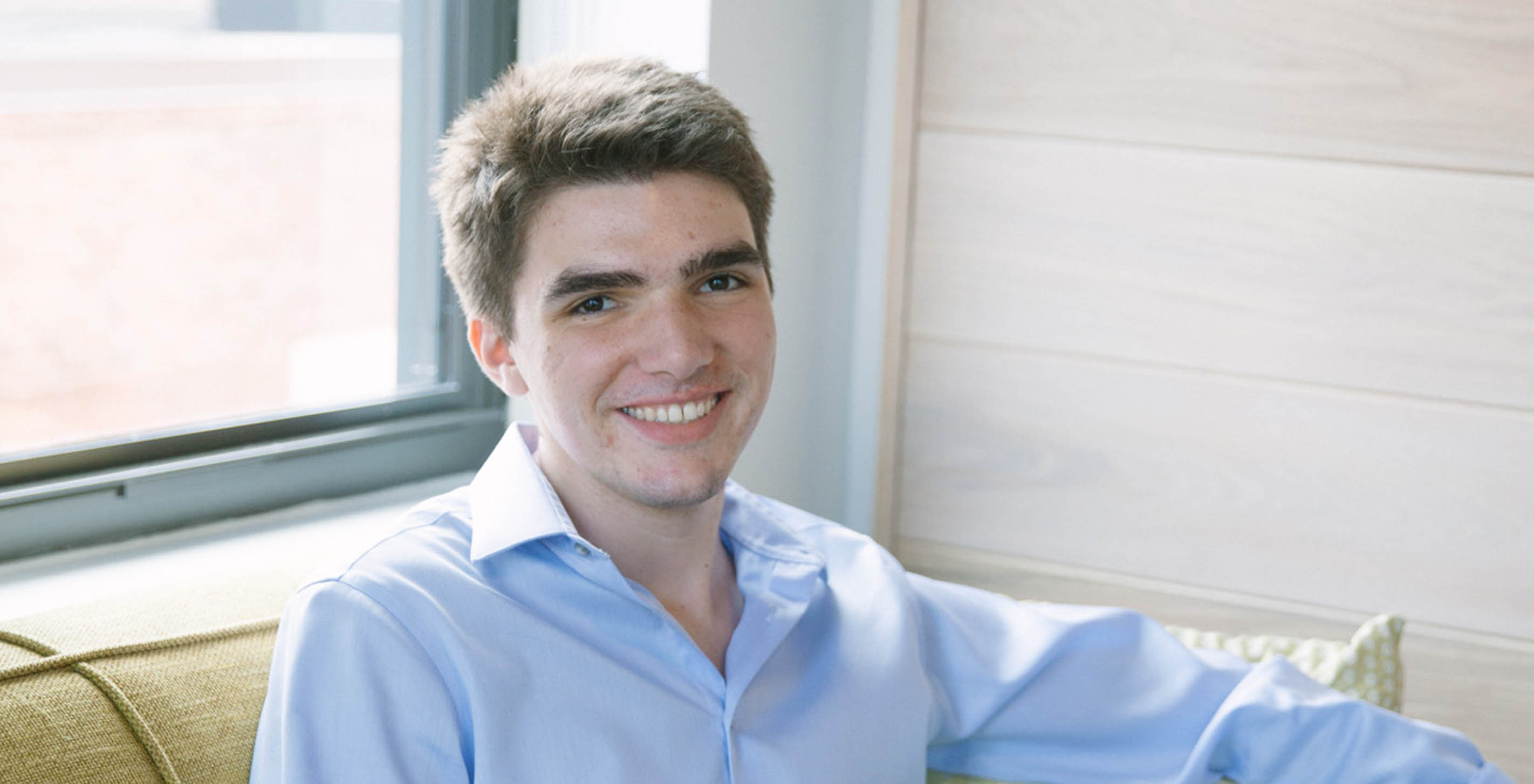 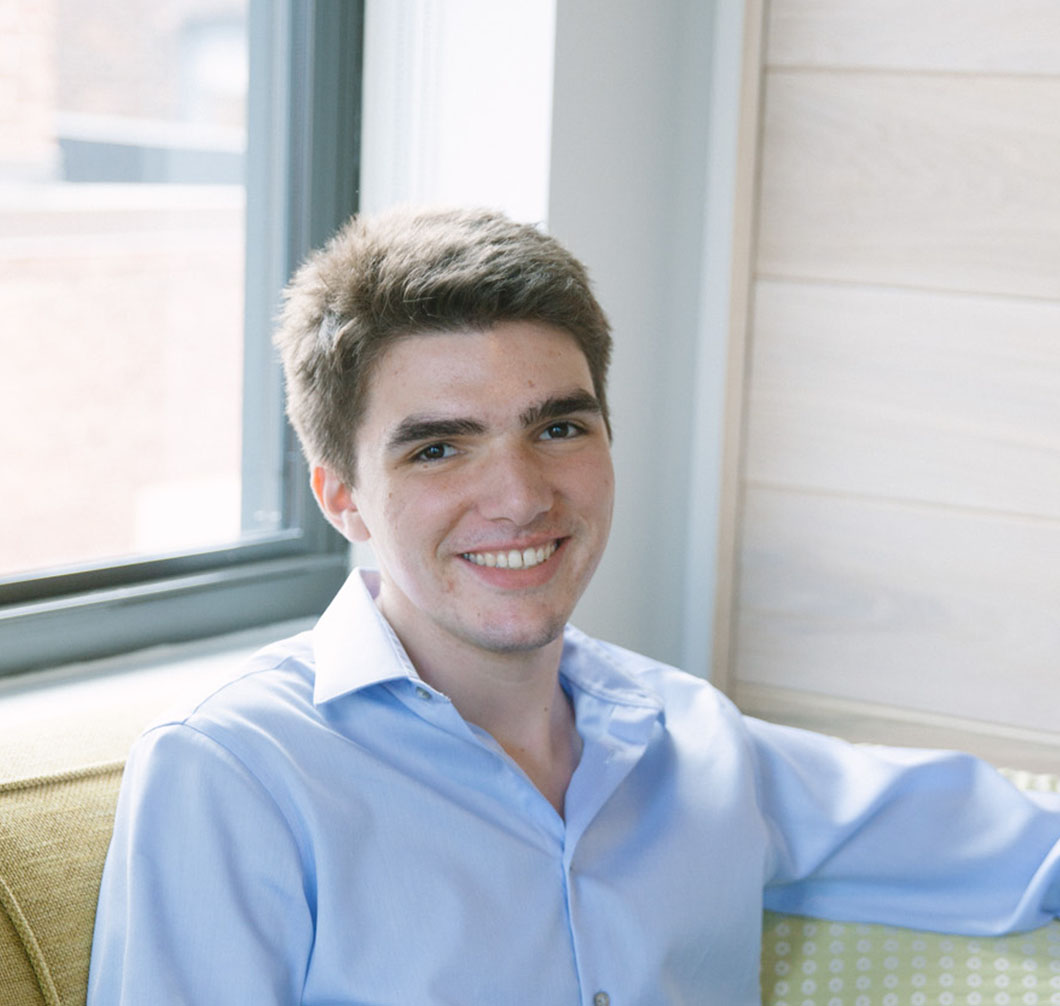 k
n
t
Danielle
All about Paul
The Fathom team is excited to welcome Paul, our new designer and recent graduate from the Sam Fox School of Art at Washington University in St. Louis. We asked him some questions about design and typefaces (among other things). 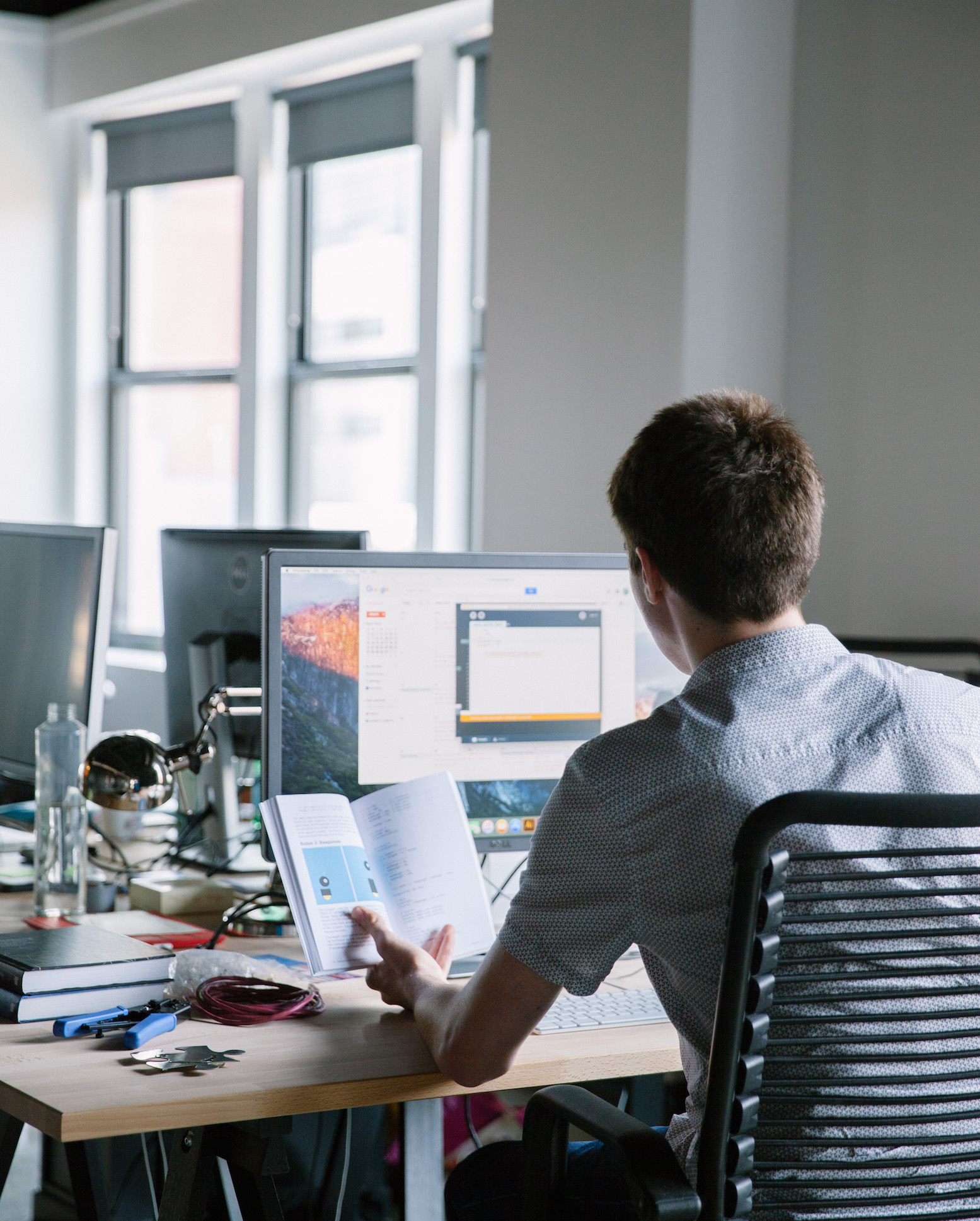 Who or what has inspired your design practice?

Before studying design, I found inspiration in drawing, printmaking, mapping and typography. I didn’t fully consider the crossover between them, but at its core my fascination with art, language and maps is about creating systems for communication. They’re just different ways to translate information into a story. I’m most inspired by artists who explore and connect those interests: Xu Bing, Paula Scher, Piet Zwart, Hannah Höch, Julie Mehretu and Yanagi Yukinori, among others. In a big way, my family has shaped my approach to design as well. My mom’s a photojournalist, so while growing up I learned all about the world of the newsroom. Both design and journalism, at their best, require a critical eye and a commitment to telling the truth. My dad is a map designer—maybe my career choice isn't a huge surprise!

What are some of your favorite typefaces?

I always enjoy reading in Mercury. It has a stylish, chiseled look that holds up well on the page and screen. Other great typefaces for extended reading are Malaga, More, Quixote and Scala. I’d also recommend checking out the exciting and versatile work of Klim Type Foundry (designer Kris Sowersby).

Akzidenz Grotesk is another favorite. It’s a classic sans serif and a real anomaly in type history. Typically you see it compared to Helvetica, which is ubiquitous and more streamlined as a design. But Akzidenz was created sixty years earlier (in the late 1890s, and based on even older faces) which makes it one of the first sans serif type families. From the shape of its letters you can see how designers were experimenting at the time, trying to invent ways to keep stroke width uniform across a collection of weights. So Akzidenz’s originality gives it quirks that Helvetica is missing. These features produce better readability and a surprising personality for such a corporate context. The elegant curves of the question mark and number 2 are especially nice.

Typography confession: When I write, I always type as plain text in the default Mac editor (monospace, without formatting). I think it’s helpful to concentrate on the writing before bringing in a typographic voice.

If you could redesign anything what would it be?

Before moving to Boston, I spent some time studying the transit system while hunting for an apartment. (It definitely paid off to know that Kendall and Kenmore are different places!) It’s funny how Boston, like many other cities, tries to apply a Massimo Vignelli style to its wayfinding system, even though its geography is an organic network of squares — pretty far from a grid. Creating a complete transit map of Boston that stays true to the actual landscape would be a great challenge. I’ve started sketching a few concepts to see where it can go. It would be fun to droplift alternative posters at the station and see how people respond.

On the other hand, I think Boston’s place names are perfect as they are. I commute on the Red Line heading to Braintree, which is a wonderfully weird image.

What is your favorite snack?

I always enjoy fruit, especially dried mangoes. So far, I haven’t needed to bring in any because we have an excellent CSO (Chief Snack Officer) in the office.