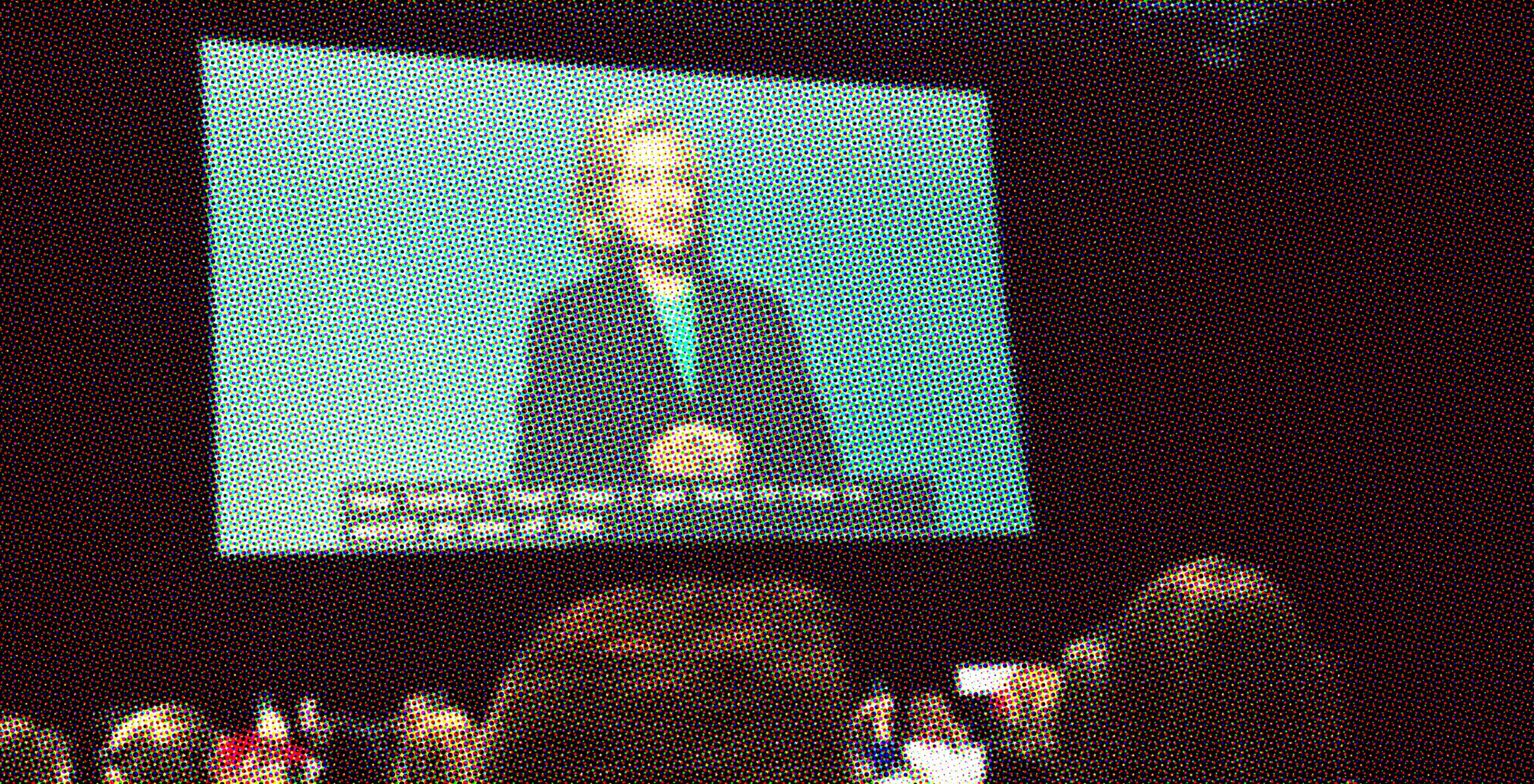 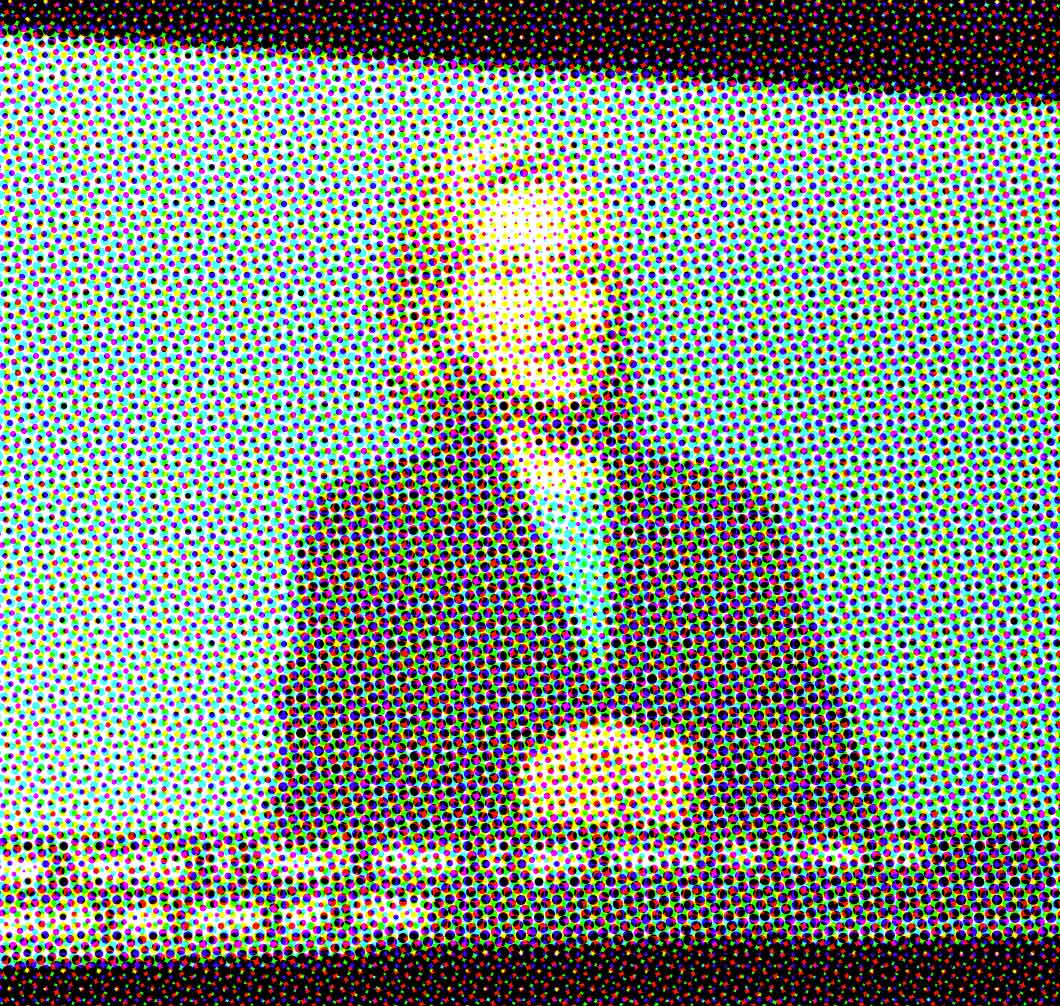 The Massachusetts Conference for Women is a yearly conference focused on bringing together the network of female community leaders, workers and entrepreneurs. The event is made up of resume building workshops, company booths, and keynote speaker presentations. This year, the keynote speakers included Lupita Nyong'o and Secretary Hillary Rodham Clinton. 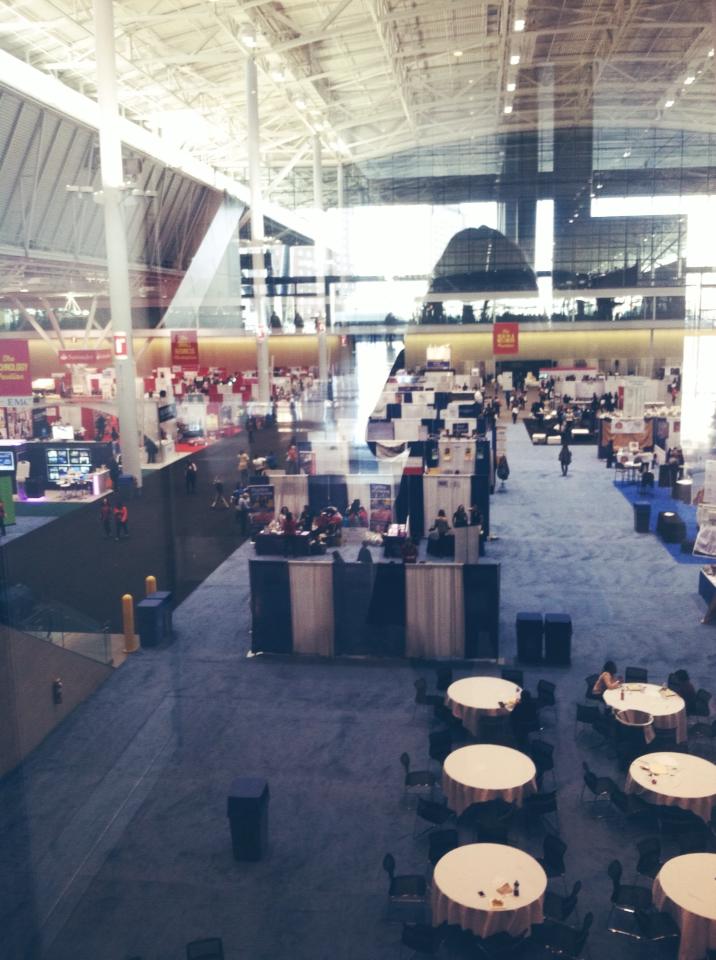 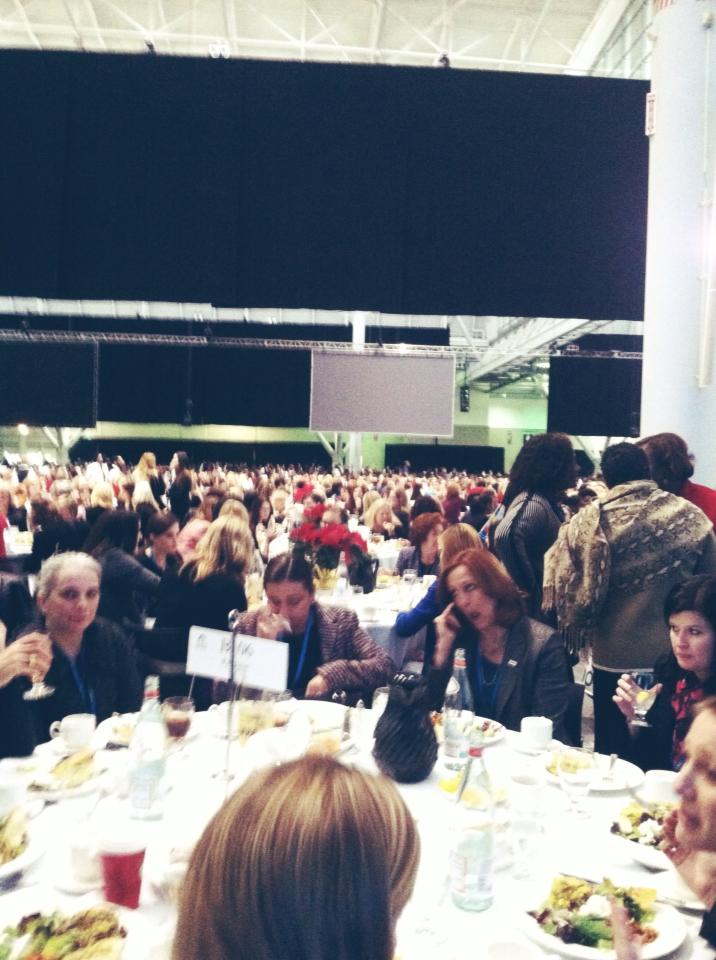 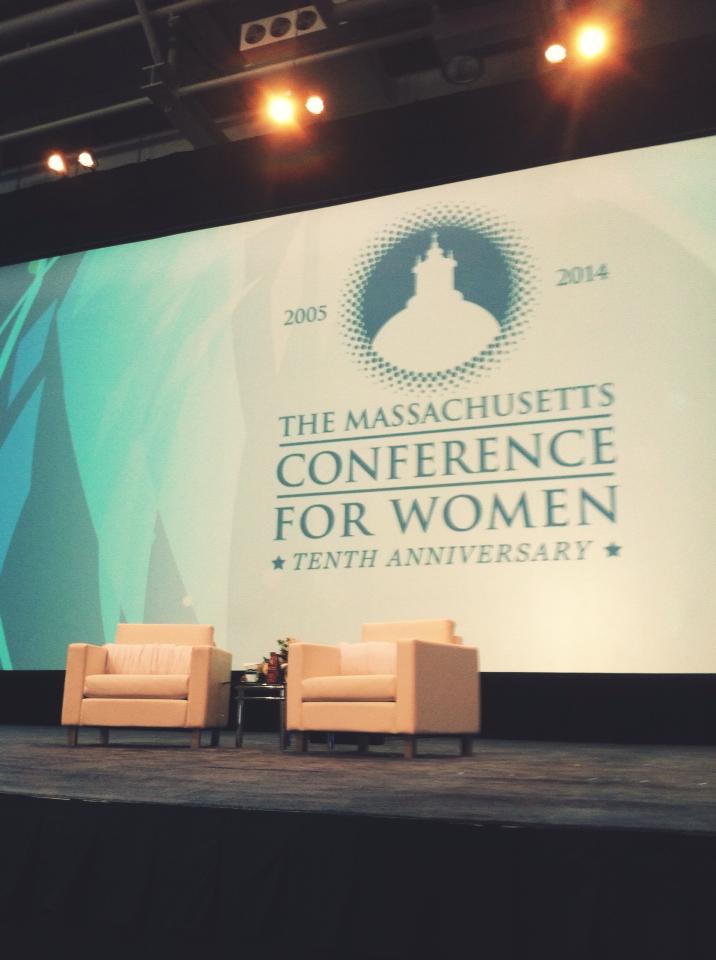 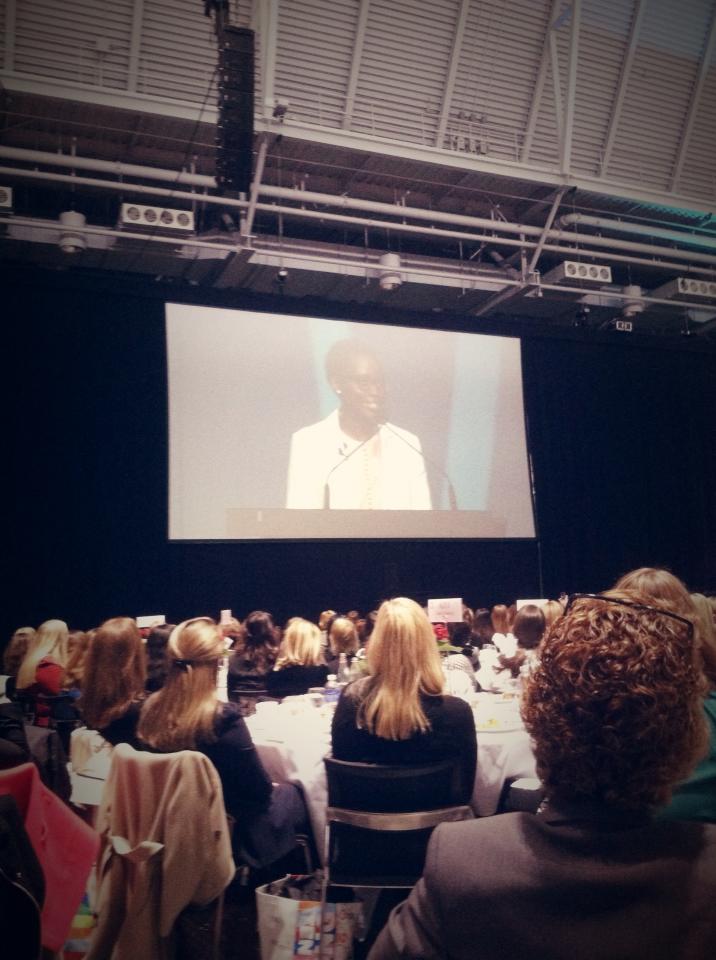 Lupita Nyong'o addressing the 10,000+ women at the MA Conference for Women

Ms. Nyong'o spoke about her journey to becoming an actor. Her talk focused on the importance of acting on your aspirations, no matter how lofty, in order to move forward. 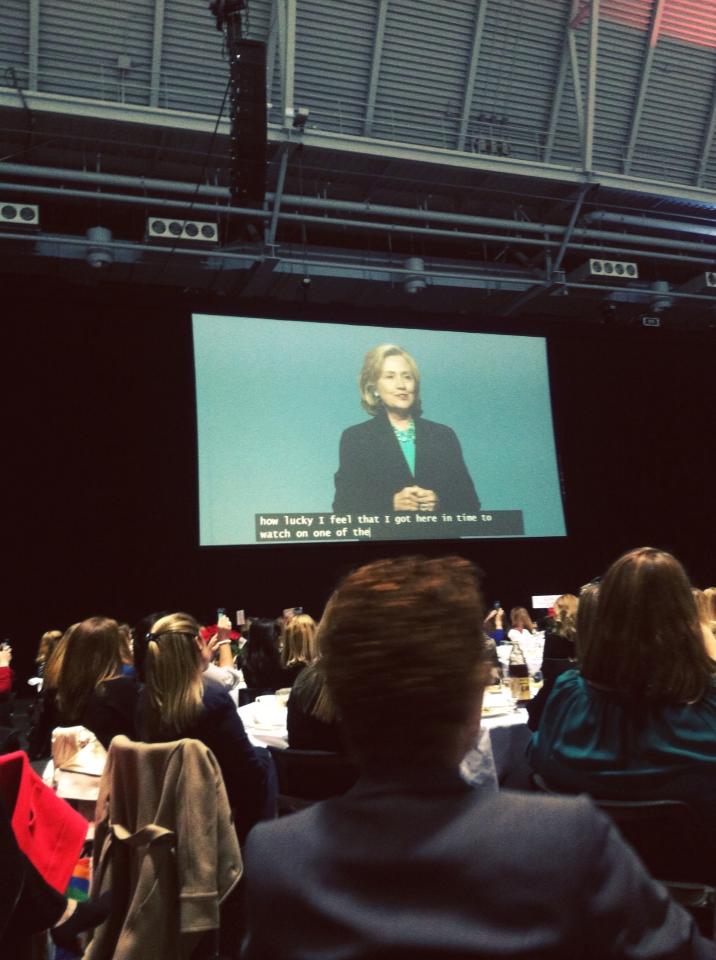 Secretary Clinton thanks Lupita Nyong'o for her inspirational speech.

Secretary Clinton focused on Massachusetts as a place for progress and change, particularly for women. She brought up historical Massachusetts female pioneers such as Emily Dickinson and Abigail Adams, and praised Massachusetts for recently passing the law granting workers paid sick leave. She encouraged the women of Massachusetts to continue being engines of change and to "continue to crash through ceilings, and unlock the unlimited potential of every woman."

Hillary Clinton addresses the 10,000+ women at the MA Conference for Women

After the session, we had the pleasure of meeting Secretary Clinton and briefly discussing the data initiative we have been working on, which charts the global progress and setbacks of women and girls over the past twenty years. Stay tuned for more updates!