Ron Carter is among the most seminal,
original, and influential bassists in jazz
history, helping to shape the genre while
transcending its bounds. In honor of the
vibrance and elegance of his life's work,
we paired up with Ron's team to create
an immersive discography. 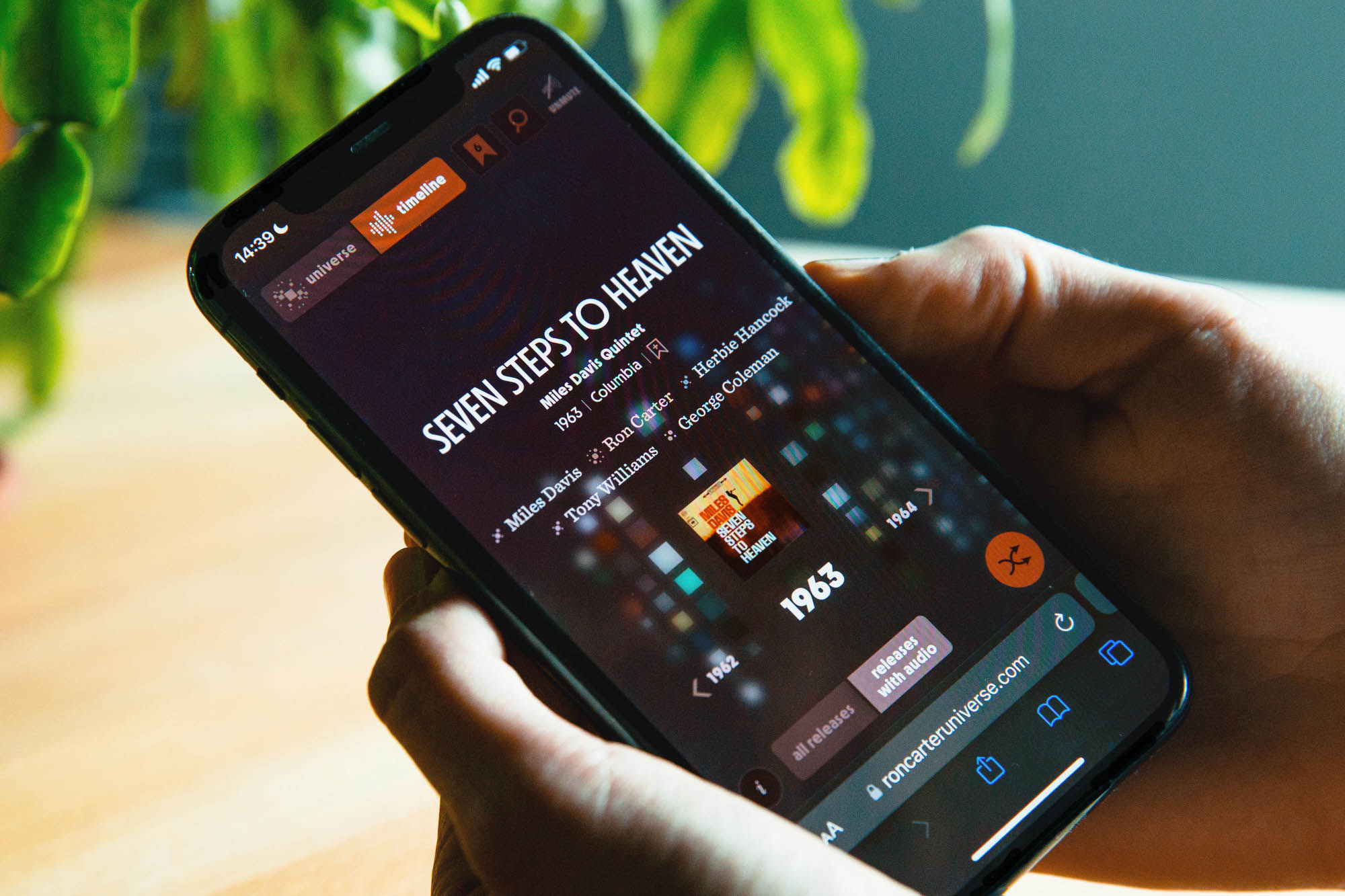 If you’ve listened to a jazz song in the past half-century, there’s a good chance you've heard the rich double bass lines of Ron Carter, who currently holds the Guinness World Record for “most-recorded jazz bassist in history.” With his name logged on over 2,200 releases, the prolific bassist has touched not only some of the most influential jazz releases, but far beyond that genre's scope. You'll find him on anything from orchestral symphonies, folk ballads, spoken-word poetry, to modern hip-hop (he even appears on an album by A Tribe Called Quest!).

Now that Mr. Carter has accumulated such a dense and diverse discography, how can it exist as a living archive, rather than just a list of YouTube links? We set out to create an interface that could provide anyone, from jazz newbies to Ron Carter super-fans, an entry-point into the broad landscape of his sound. 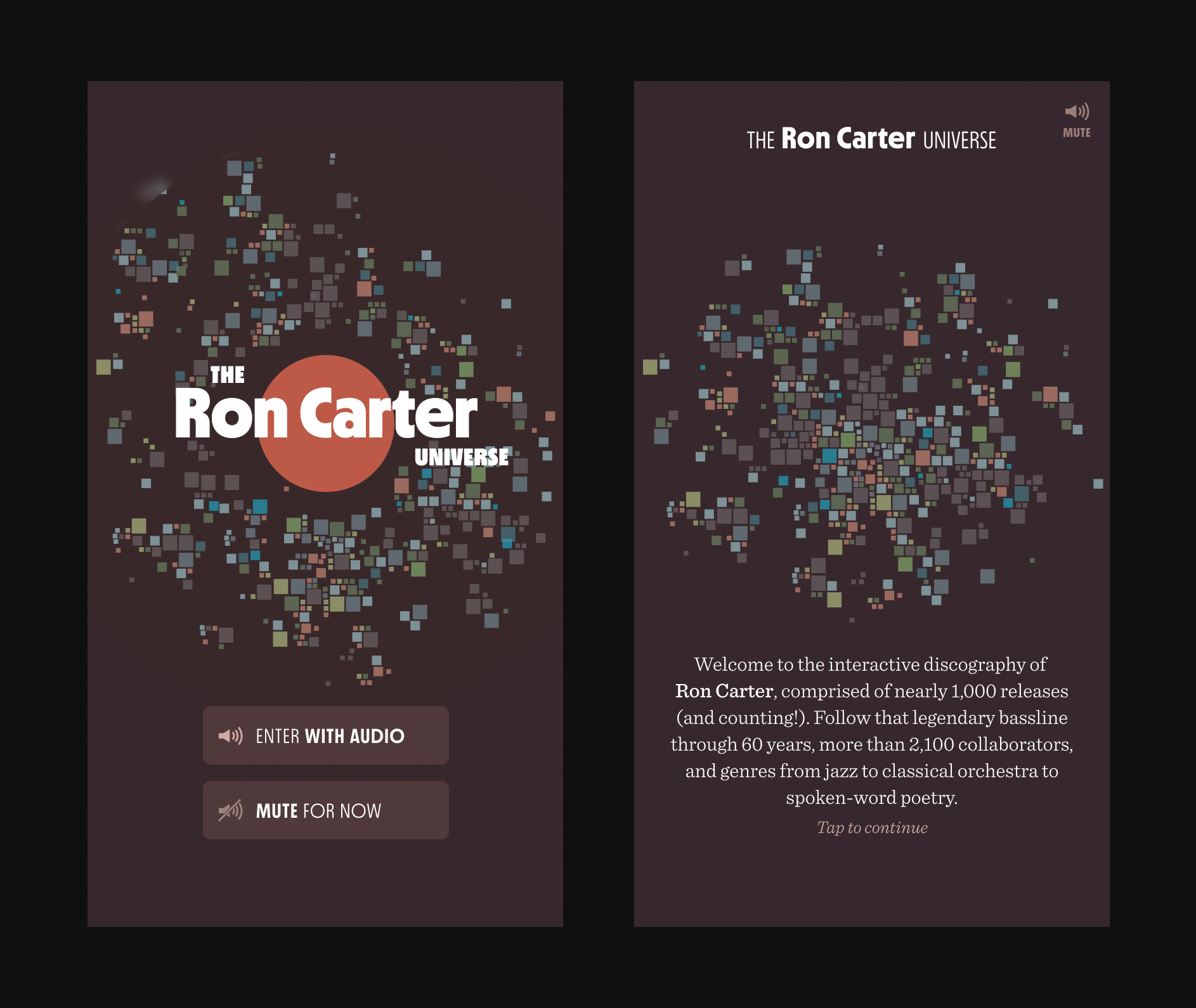 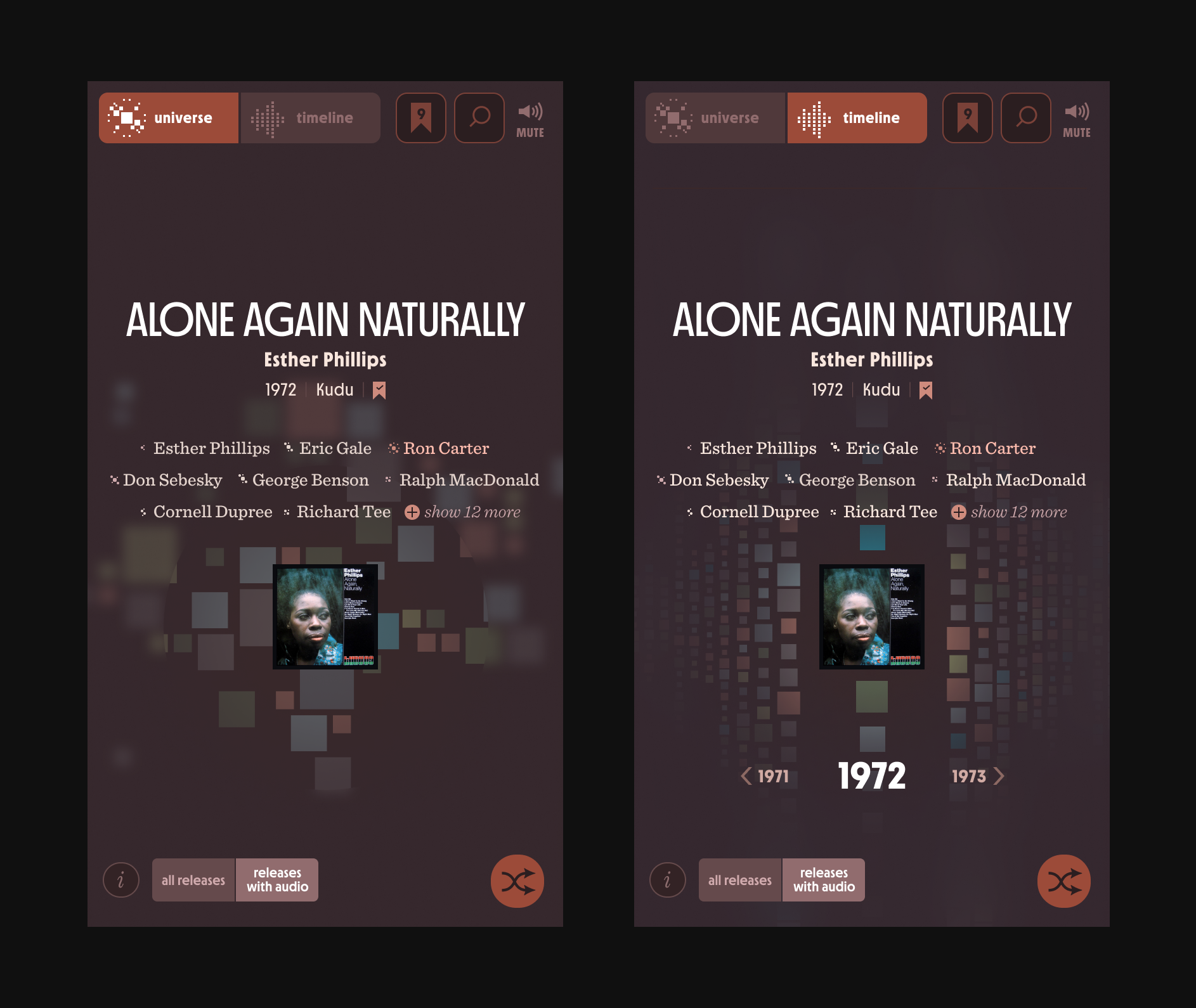 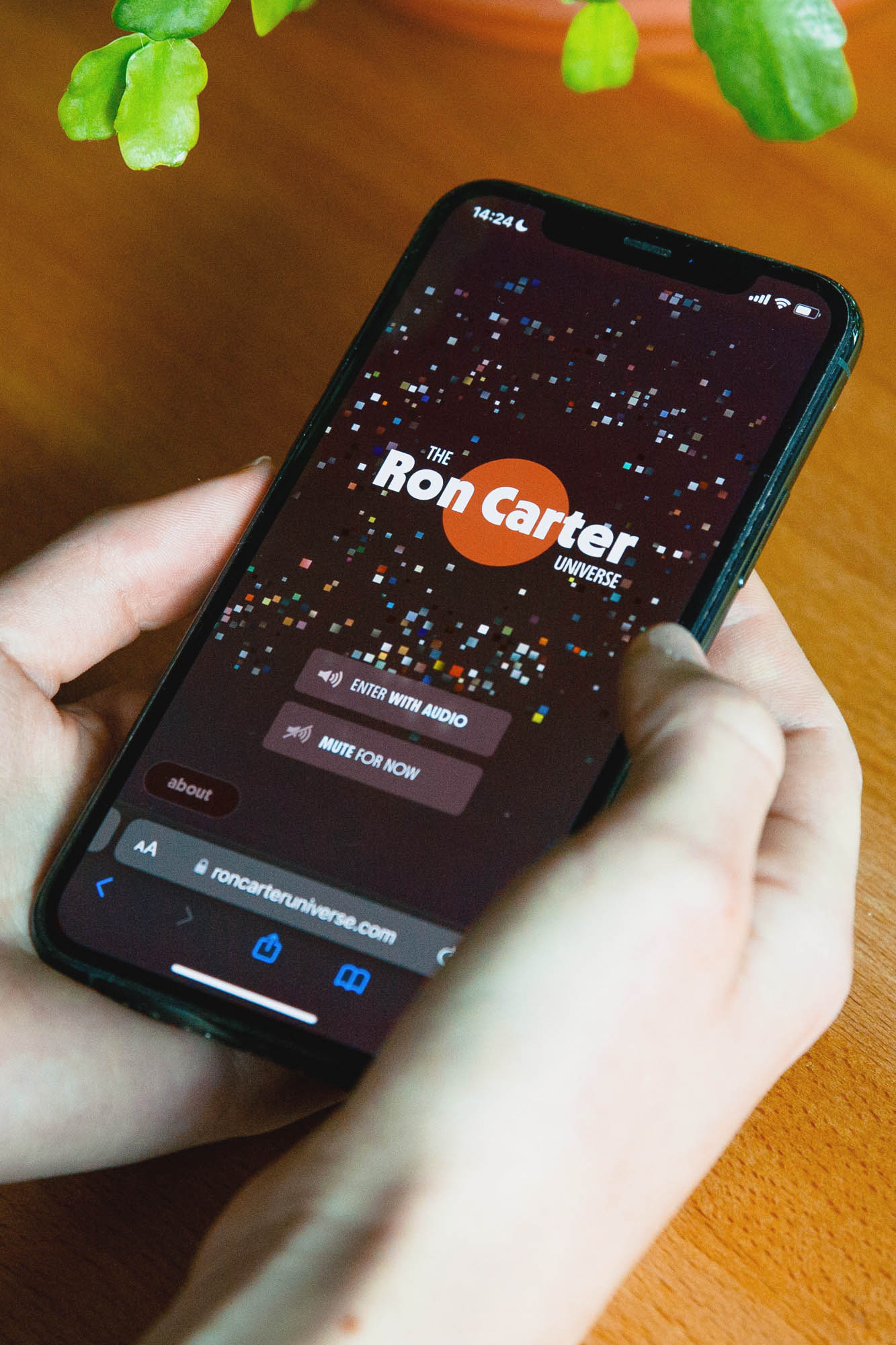 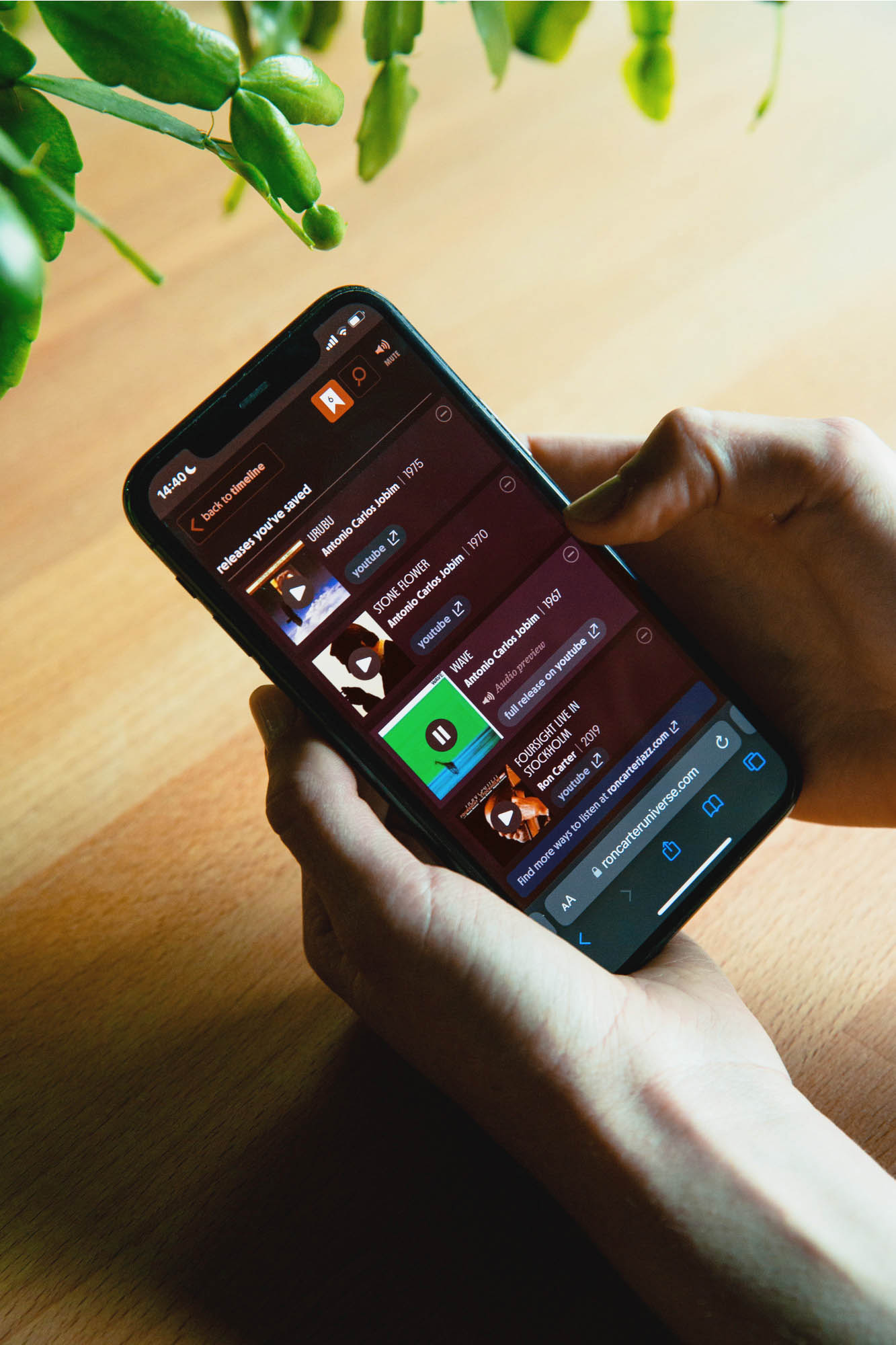 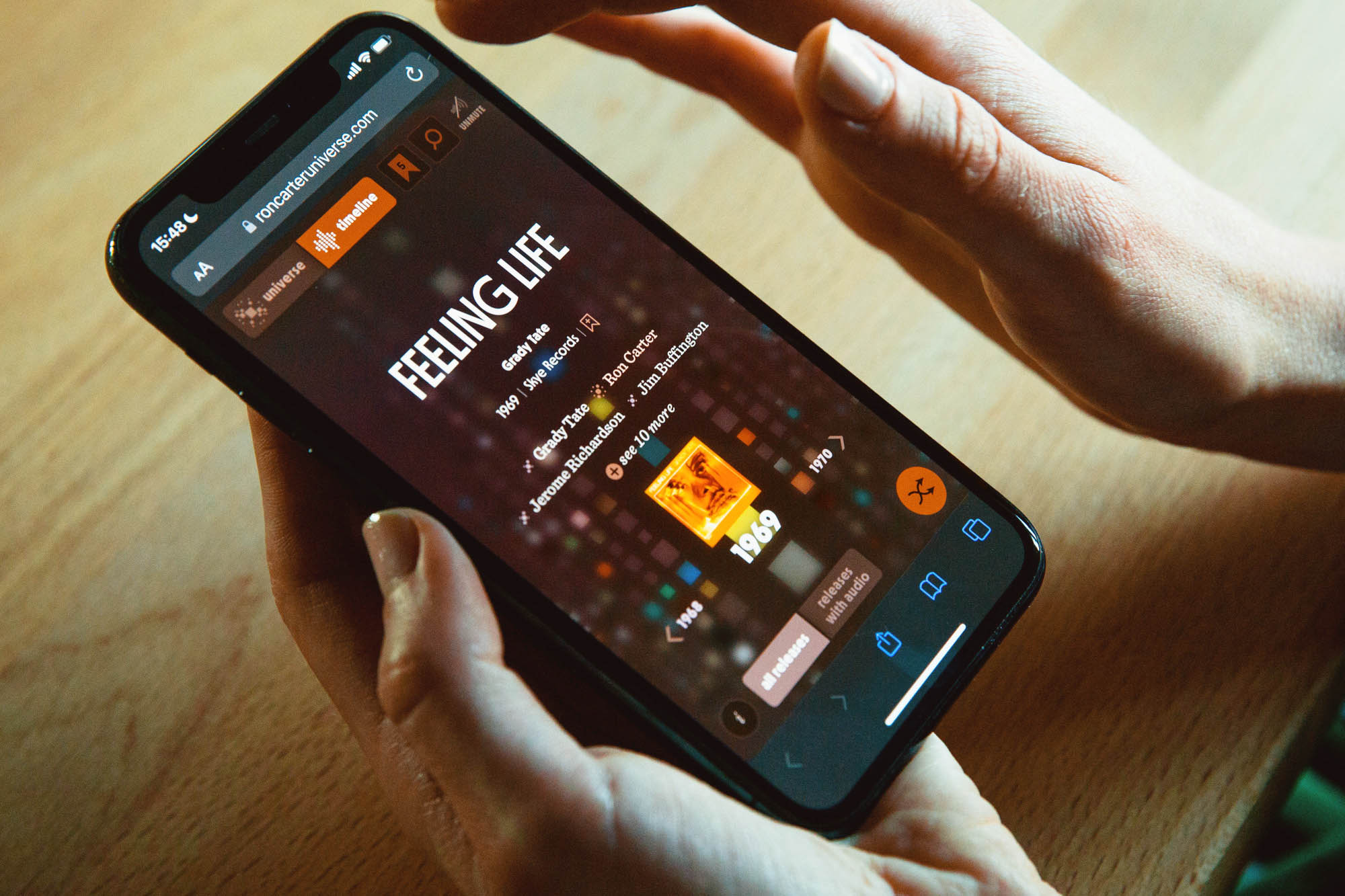 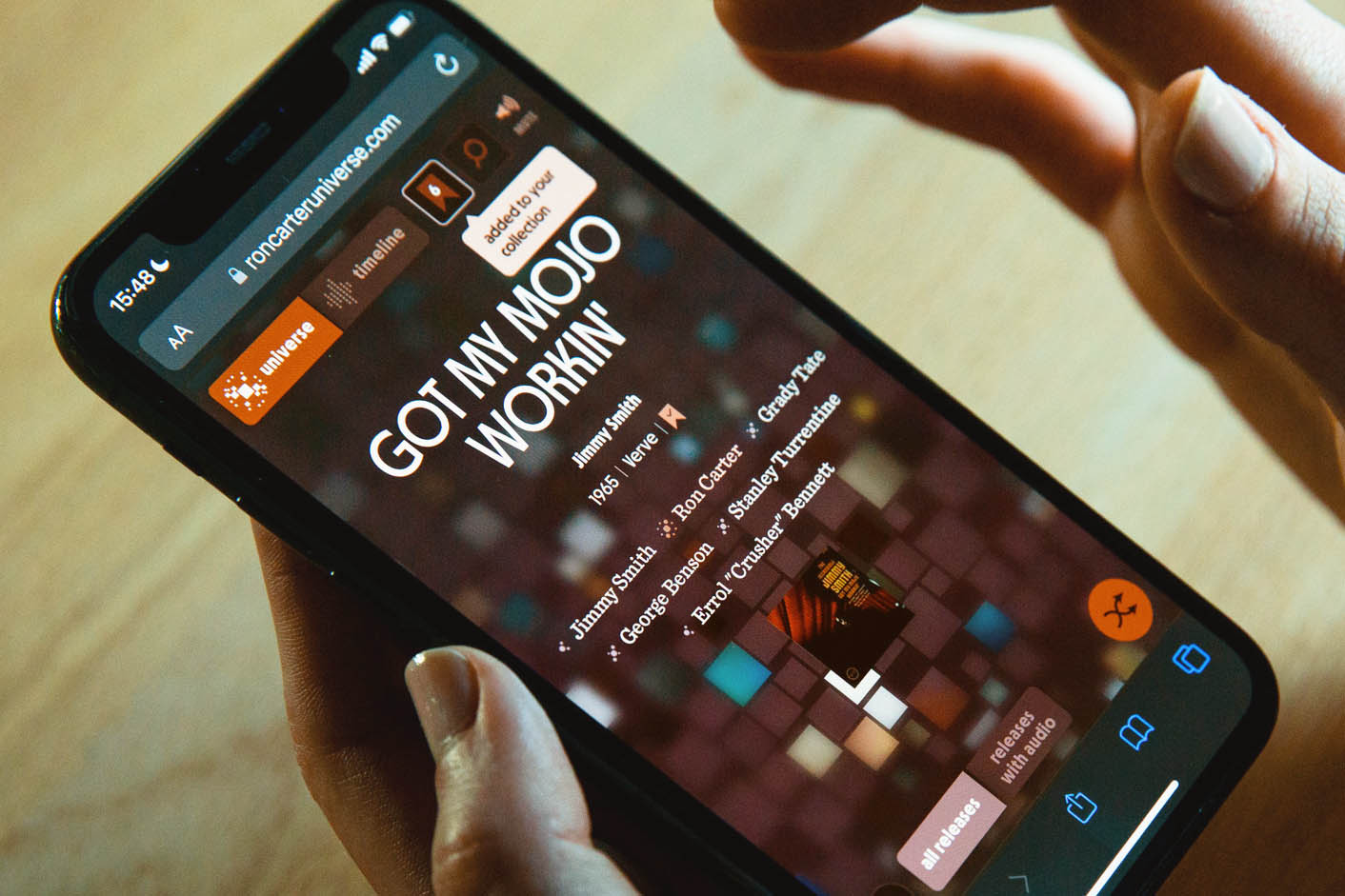 Wherever the fundamental, smooth elegance of Ron’s sound is present, you’ll also find his clever wit, warmth, and playfulness. We channeled these qualities in our design approach, and arrived at a deep, warm color palette incorporating the spectrum of his album artwork. Lyrical, organic layouts are data-driven in the app’s primary view. Here, we enable ambient exploration across proximal co-collaborators, as well as a more structured chronological browsing mode.

Audio previews fade in as the user explores, permitting a full and experimental sensorial experience, without getting too overwhelming. Moving seamlessly between releases and various levels of detail makes it easy to glimpse surprises and paths of inquiry both broad and specific.

The full discography can be explored here.