At the airport newsstand, we were pleasantly surprised to find the most recent issue of Popular Science! For the July 2011 issue, we created a visualization of energy supply and consumption in the United States. 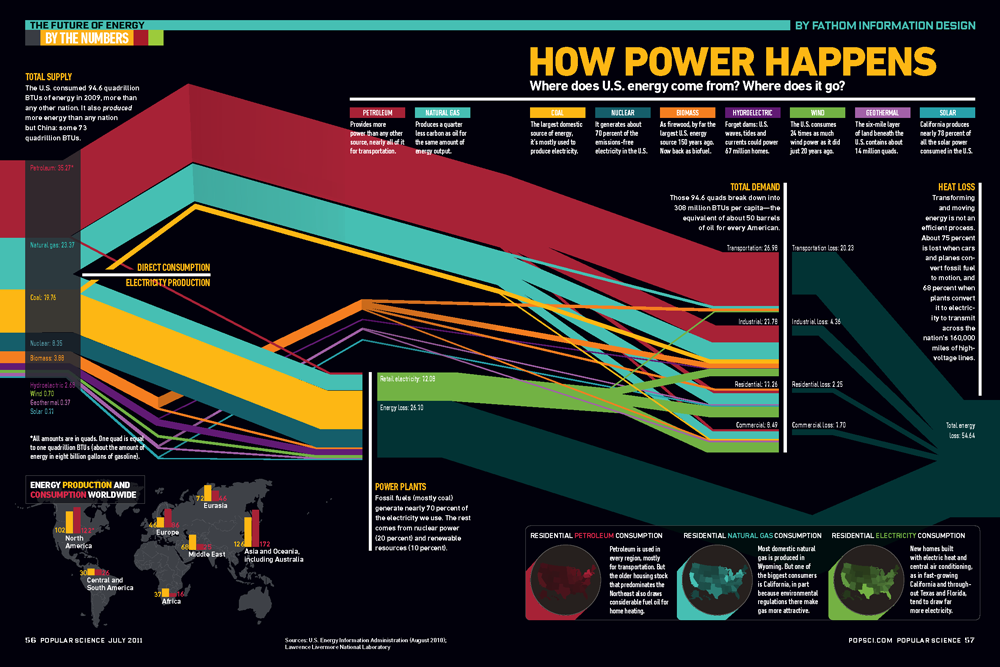 The design is based on reports issued from the Lawrence Livermore National Laboratory, as well as the U.S. Energy Information Administration.

In making this piece, we were amazed to discover how much energy is lost in the production and distribution of energy. In transportation alone, the United States loses 75 percent of its energy during the combustion of fossil fuels. Electricity production is hardly better, with a 68 percent loss during production and transmission along power lines.

We wanted this piece to highlight the story of energy loss, and the startling inefficiencies present in the United States energy infrastructure.