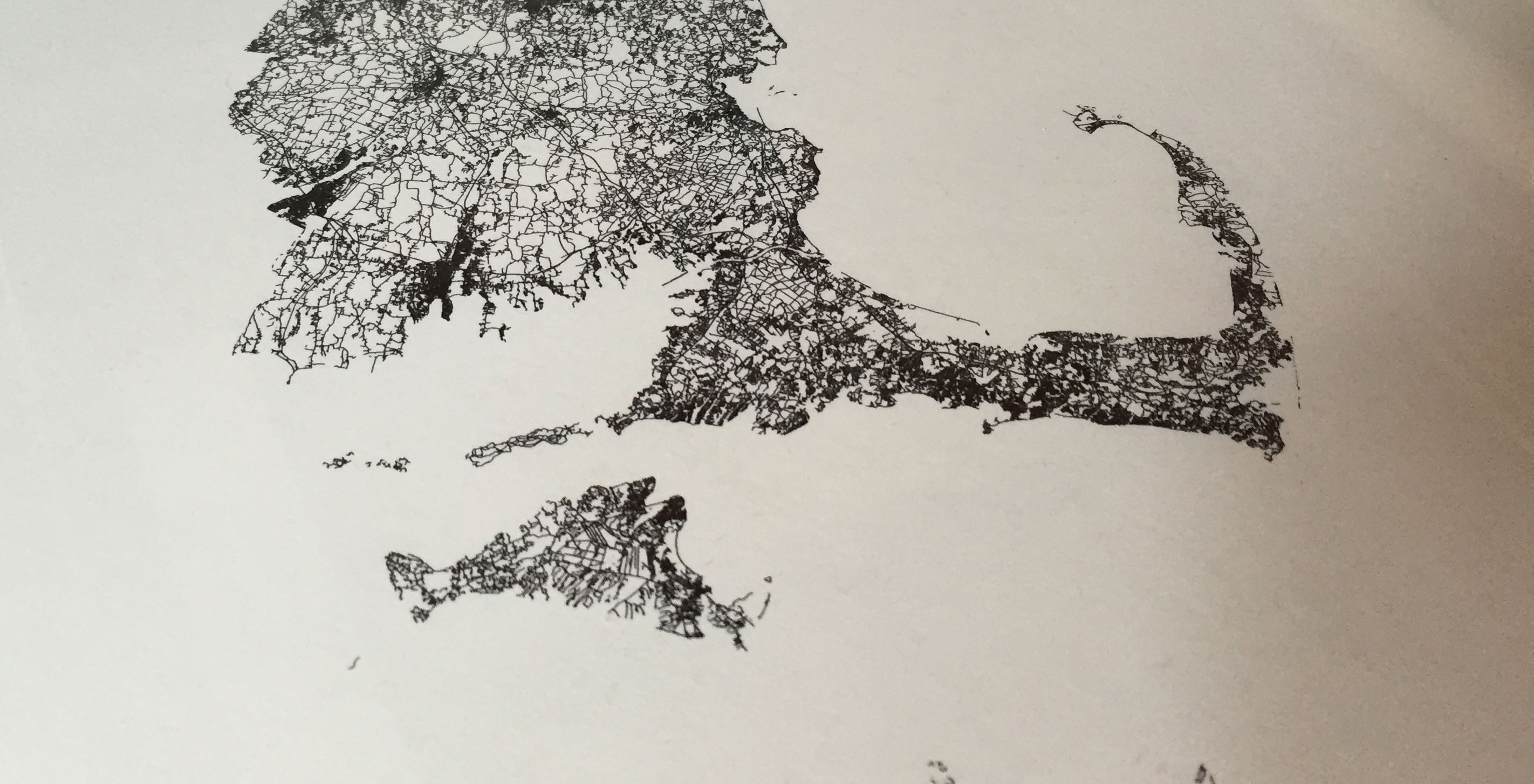 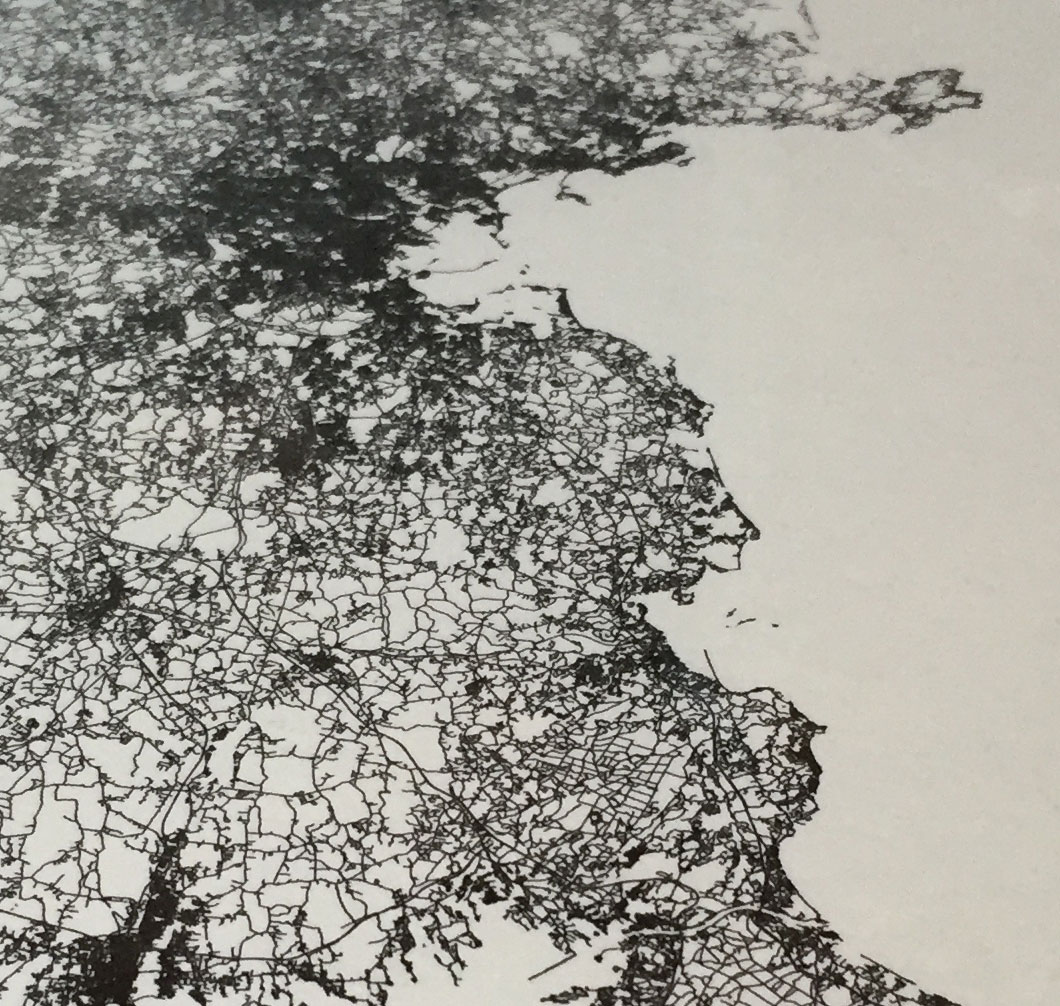 k
n
t
All States, the new All Streets
Because of the immense popularity of All Streets, we expanded our product line, and created maps for individual states. To accommodate our new selection of products, Terrence worked feverishly to design the Fathom Print Shop. The site officially launched yesterday—just in time for the holiday season.

The posters are available in two sizes, 16x20 inches and 24x36 inches. You can purchase the poster with (or without) a frame, and also select from a choice of warm, light, or dark background colors. 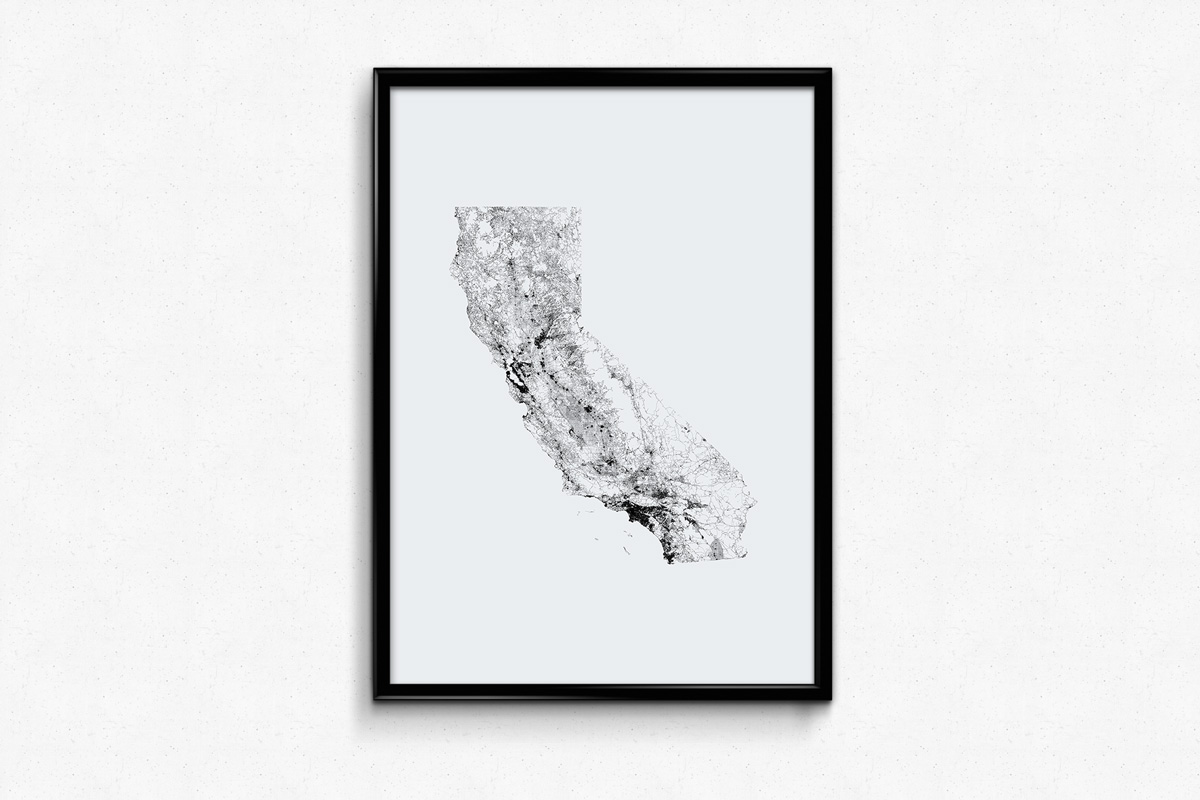 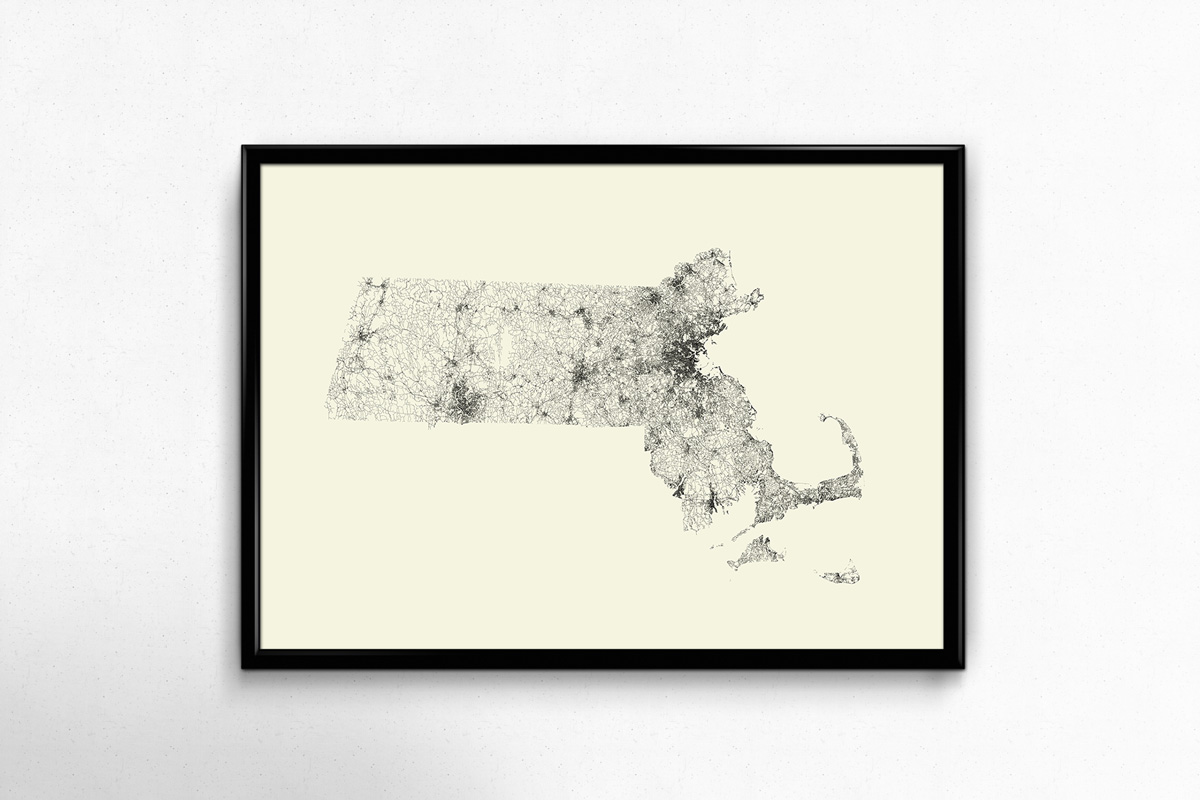 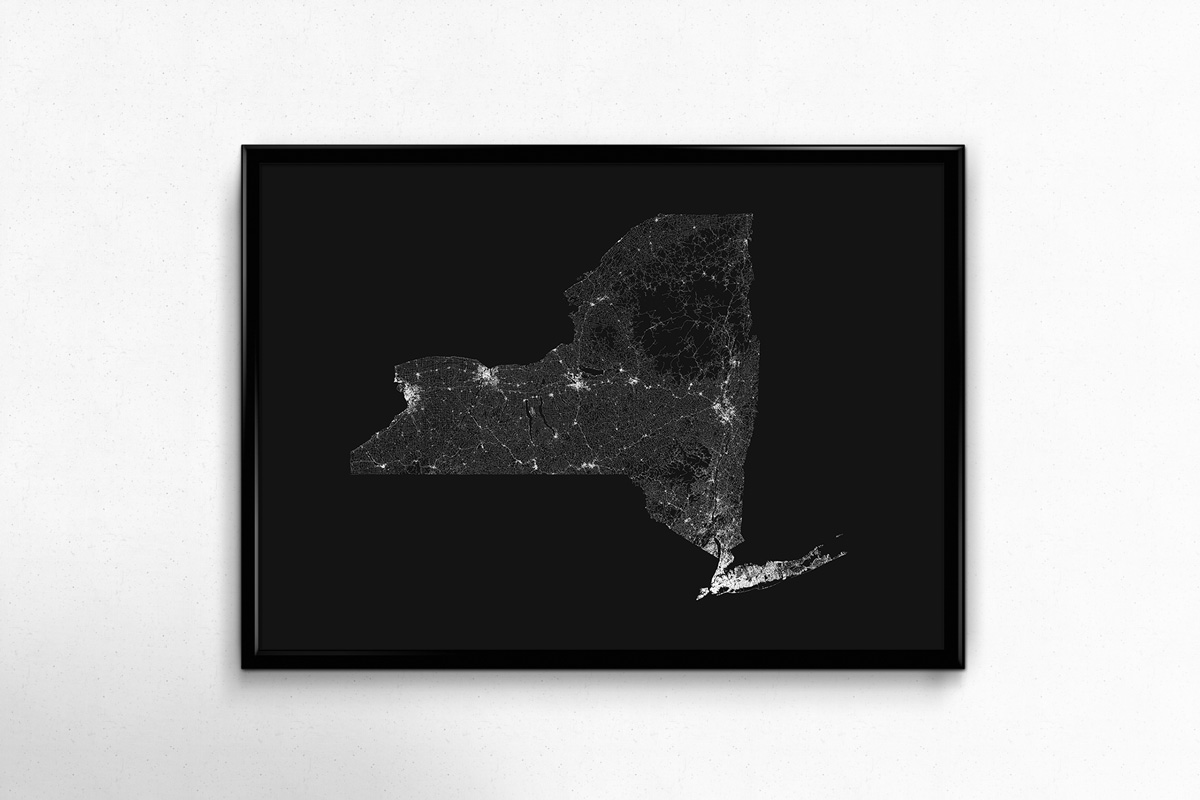 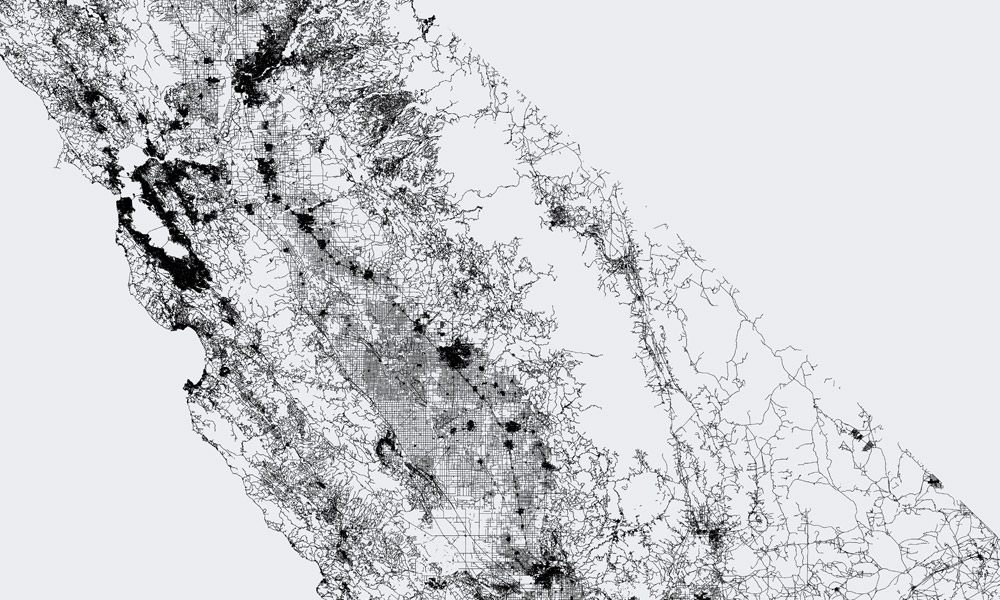 Eastern California's national parks are visible and starkly contrasted from the bounty of roads to its west. 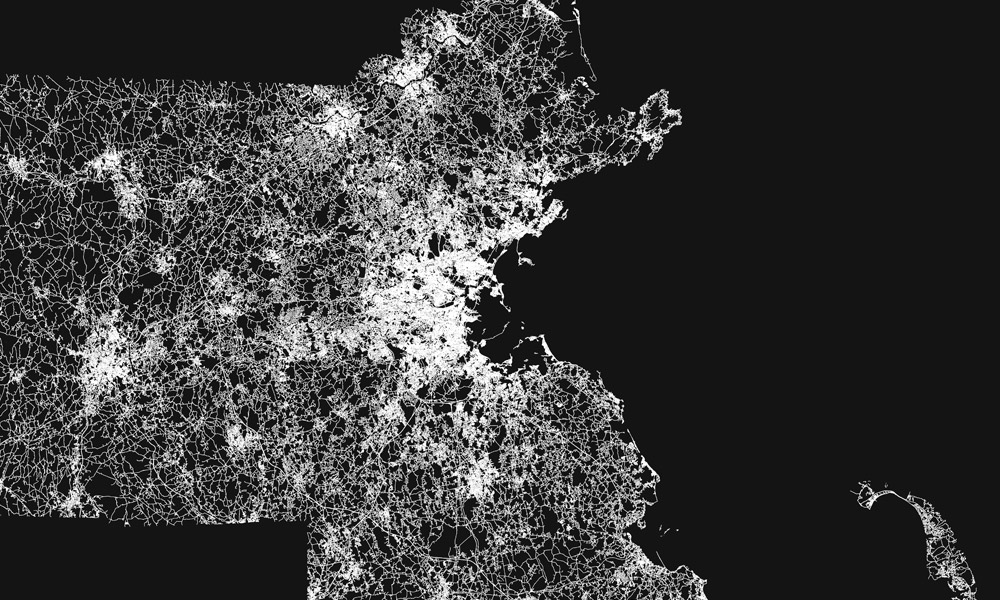 Our home state of Massachusetts has obvious correlations to population density due to the heavy lines around the Boston metro area. 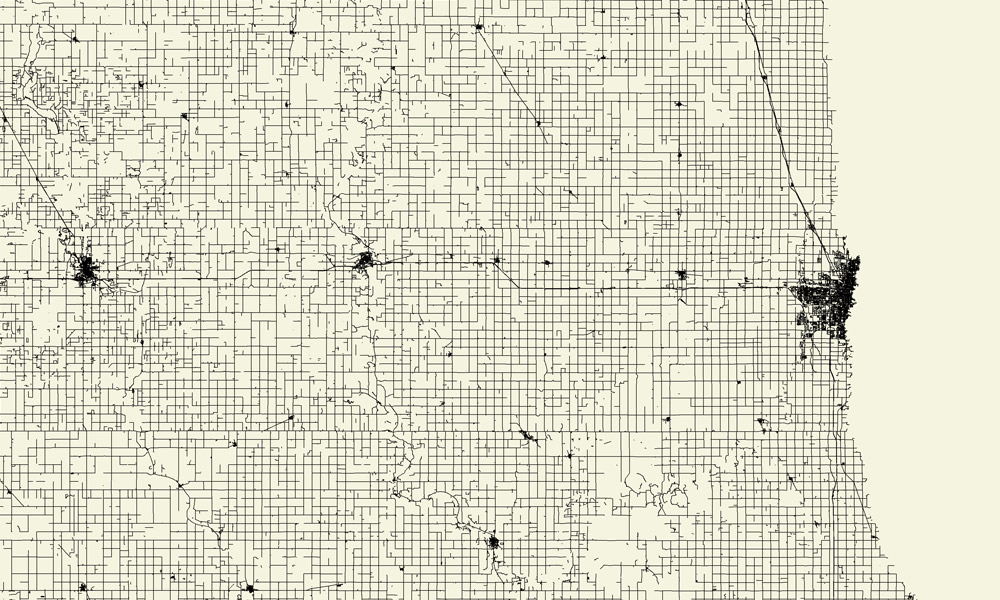 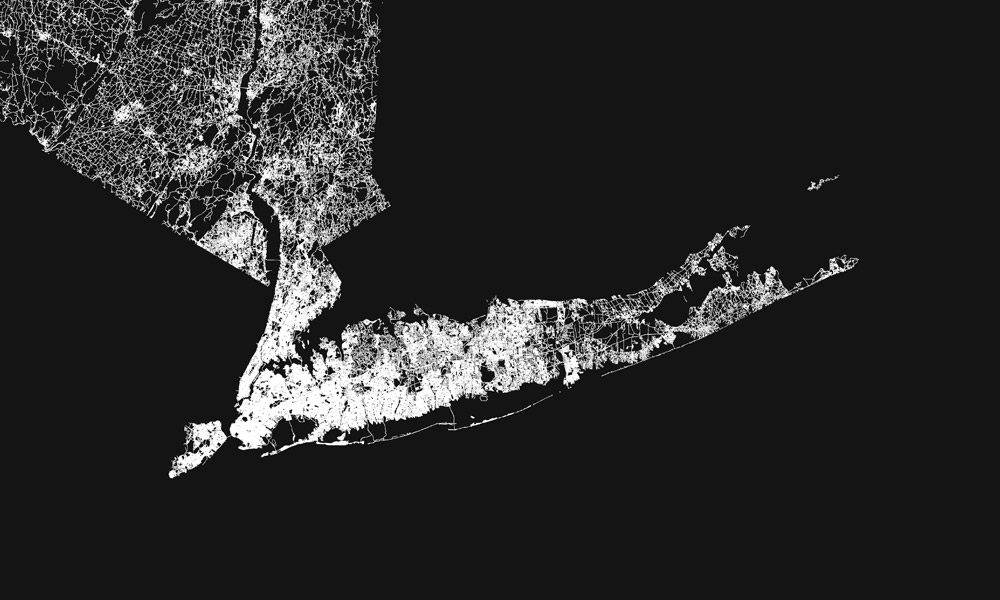 The country's largest and most populated city, New York, has the densest road coverage near the metropolitan center, leaving a tiny rectangular speck open for Central Park. 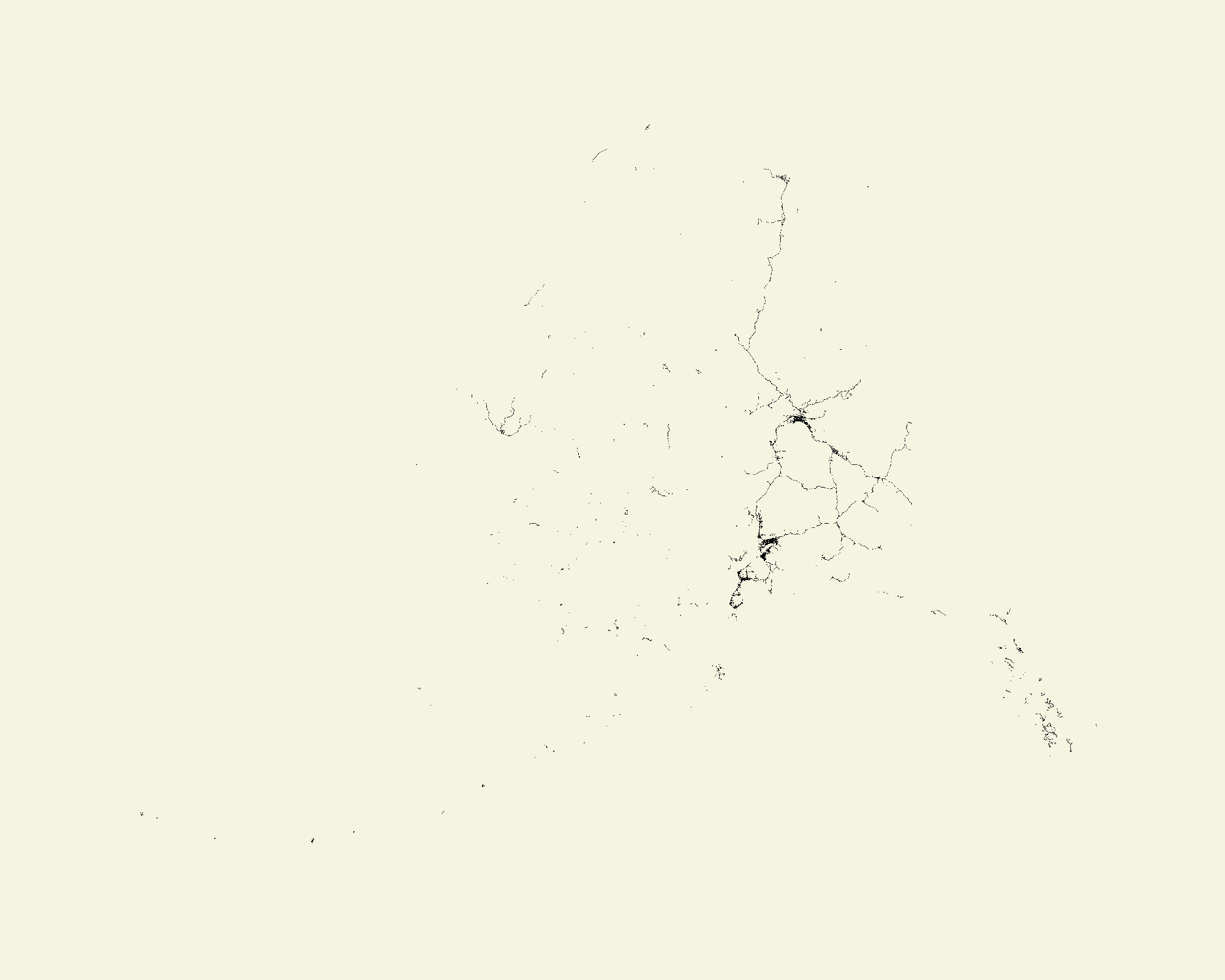 We didn't originally include Alaska, but after Alaskans complained, we capitulated. Oddly enough, sales of the Alaskan map remain at zero.

For those interested in viewing All Streets for the U.S. territories, we added Puerto Rico and Guam into the mix.

Now that the Fathom Print Shop is live, we're ready to take your orders!