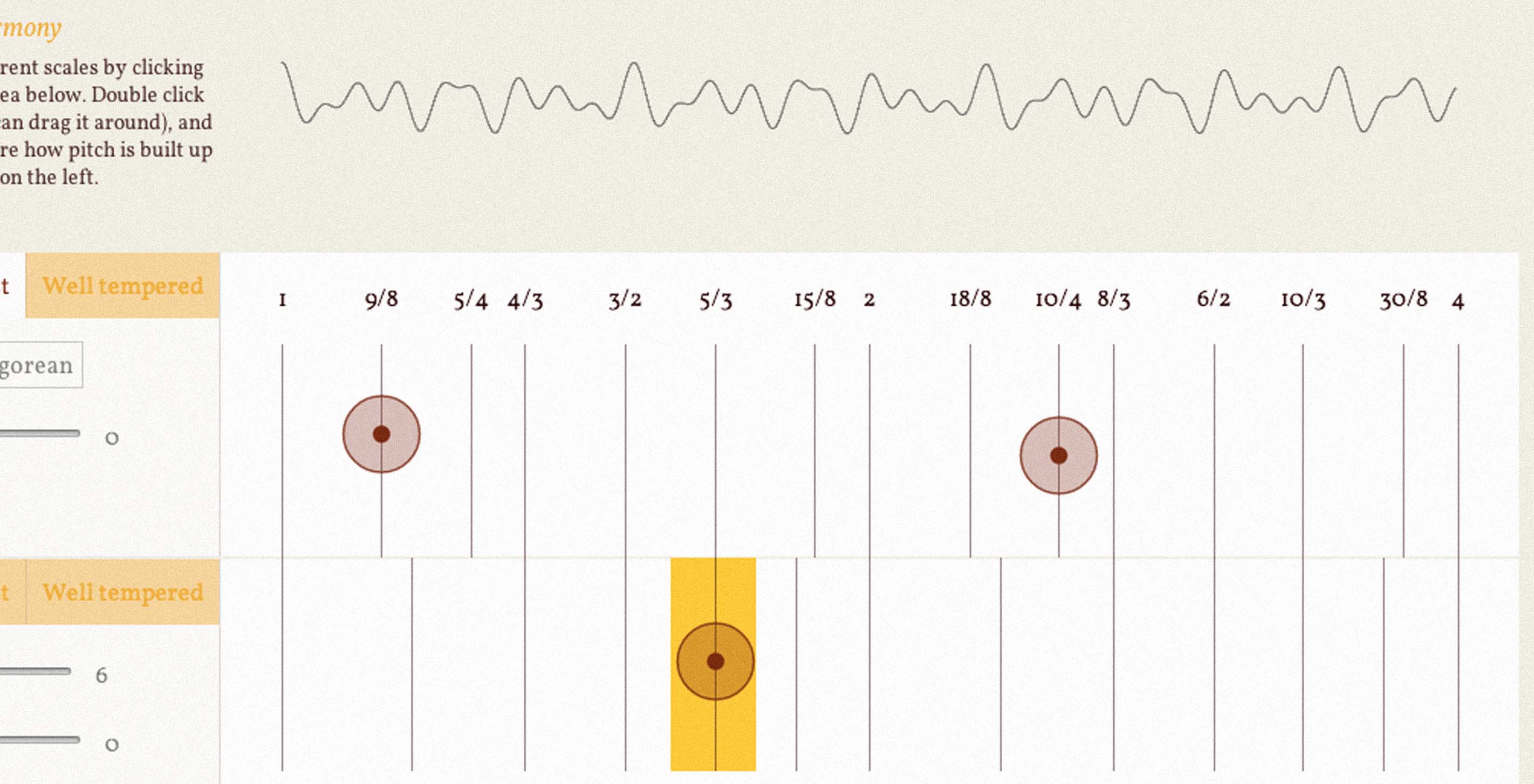 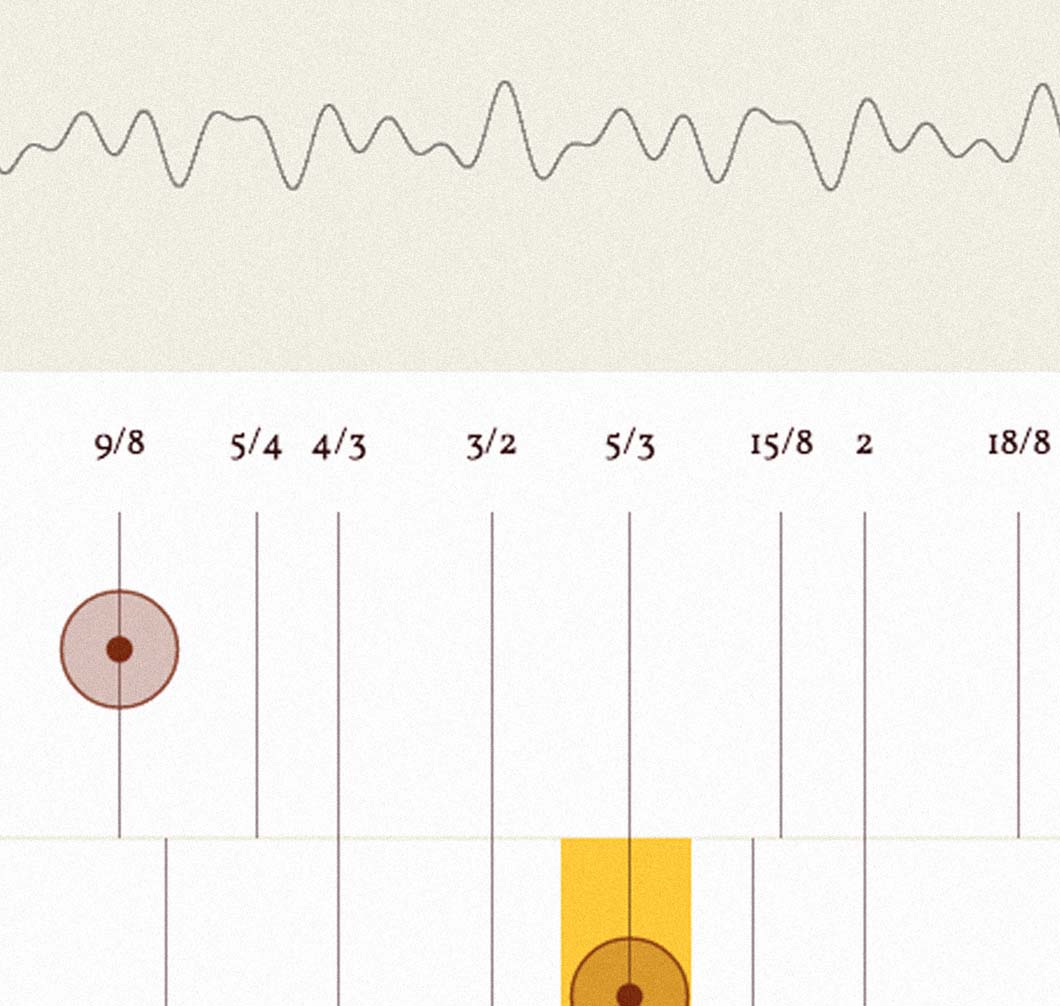 k
n
t
Mark
Even tempered, or just?
I had some early experience with the problems of a well-tempered scale. Within a few months of learning guitar, it seemed some chords just didn't sound good unless the guitar was tuned especially for them. This got me interested in the way harmonies and scales are constructed from pitches and frequencies. 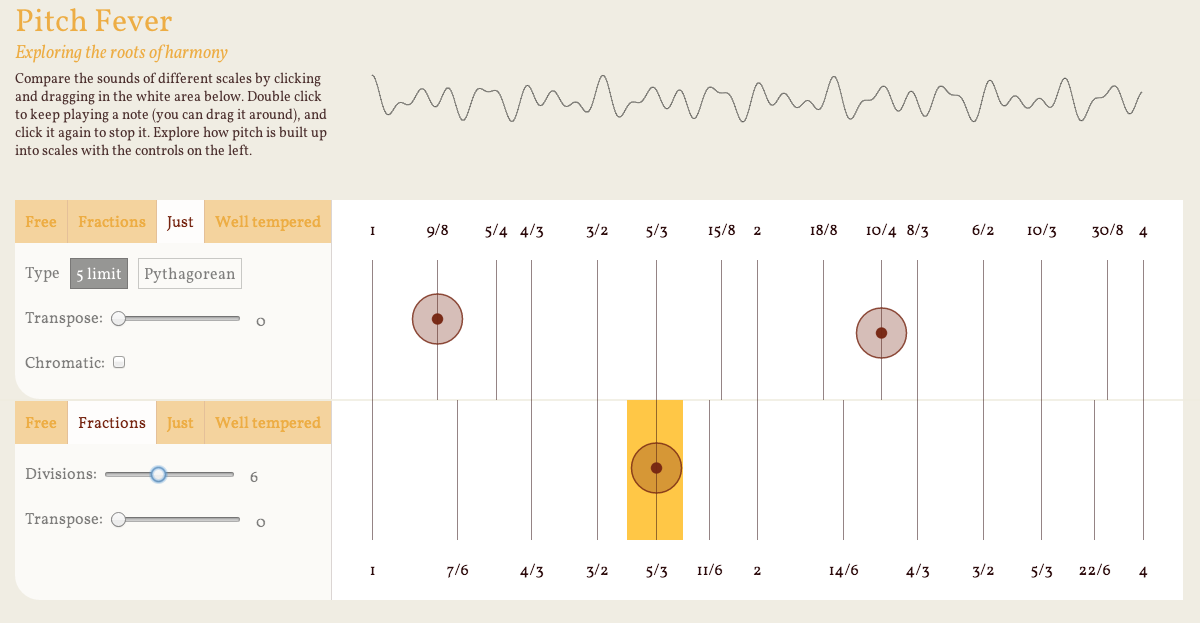 allows you to visually compare the frequencies used in different tunings, and then hear the difference. On bottom is an octave divided into even sixths with a just intonation scale above it. The dots and bars show which notes are currently playing, and their combined waveform is shown at the top.

Briefly, harmonies are groups of notes that sound good together, and they are often based on simple fractions. Scales can be built with simple fractions too, by either applying the math to a single root note, or by repeatedly using the same fraction. However, scales built from the repeated fraction (called "just intonation") end up with combinations where the notes collide and don't sound as nice.

A well-tempered scale solves this problem by using a single rule for every interval between notes. This compromises the purity of the harmony, but avoids the nastiest collisions of just intonation.

But what does a well-tempered scale really sound like? I've heard various recordings using both kinds of scales, but didn't have a feel for how bad the dissonances could get with just intonation, or how far away an even-tempered interval could be from a true harmony. I was curious about how simple fractions build into scales, and also wanted to know the fractions that are not used.

To answer these questions, we now have pitch fever. It's a little HTML5 tool that explores the fundamentals of harmony while comparing some basic scales and the tunings behind them.