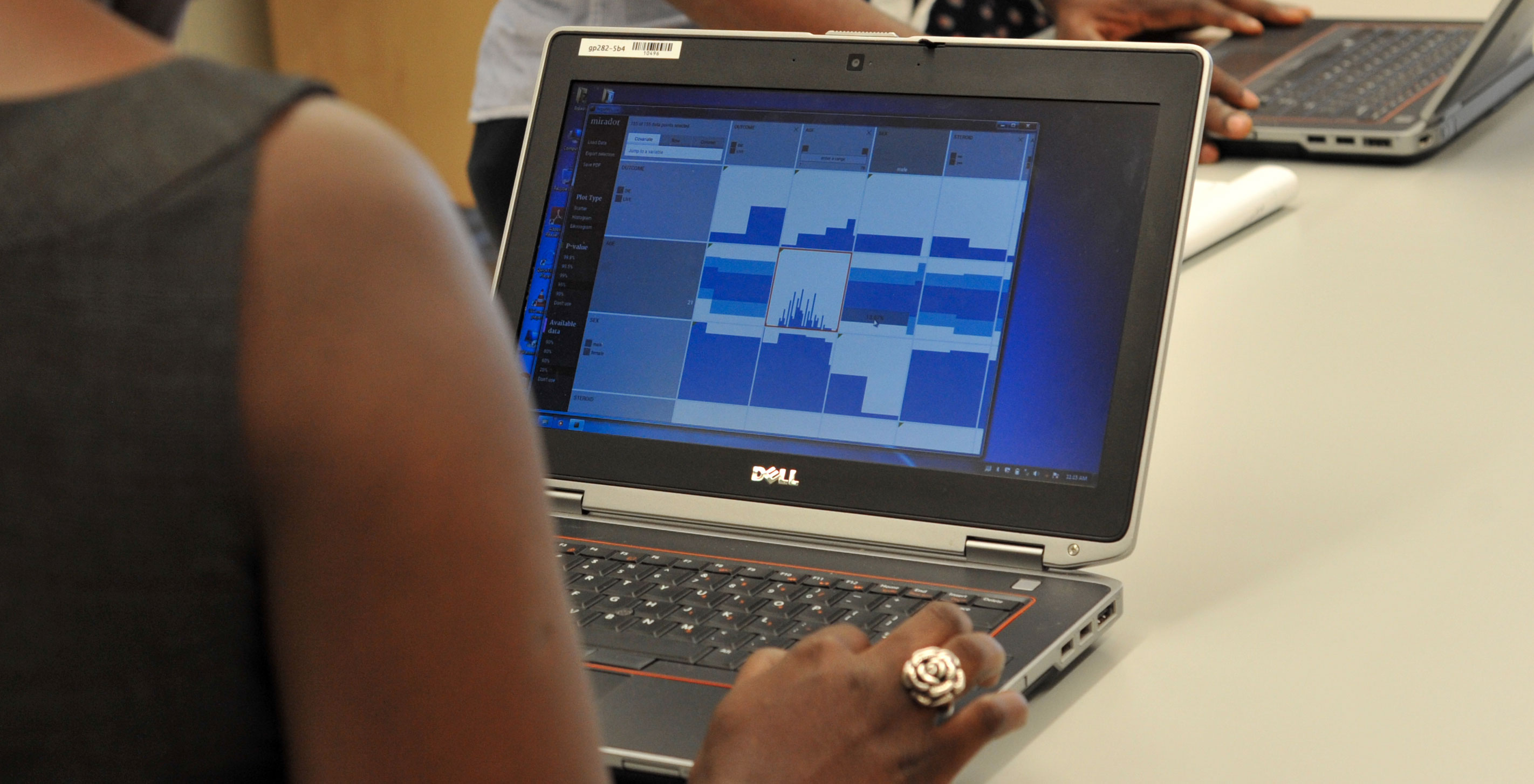 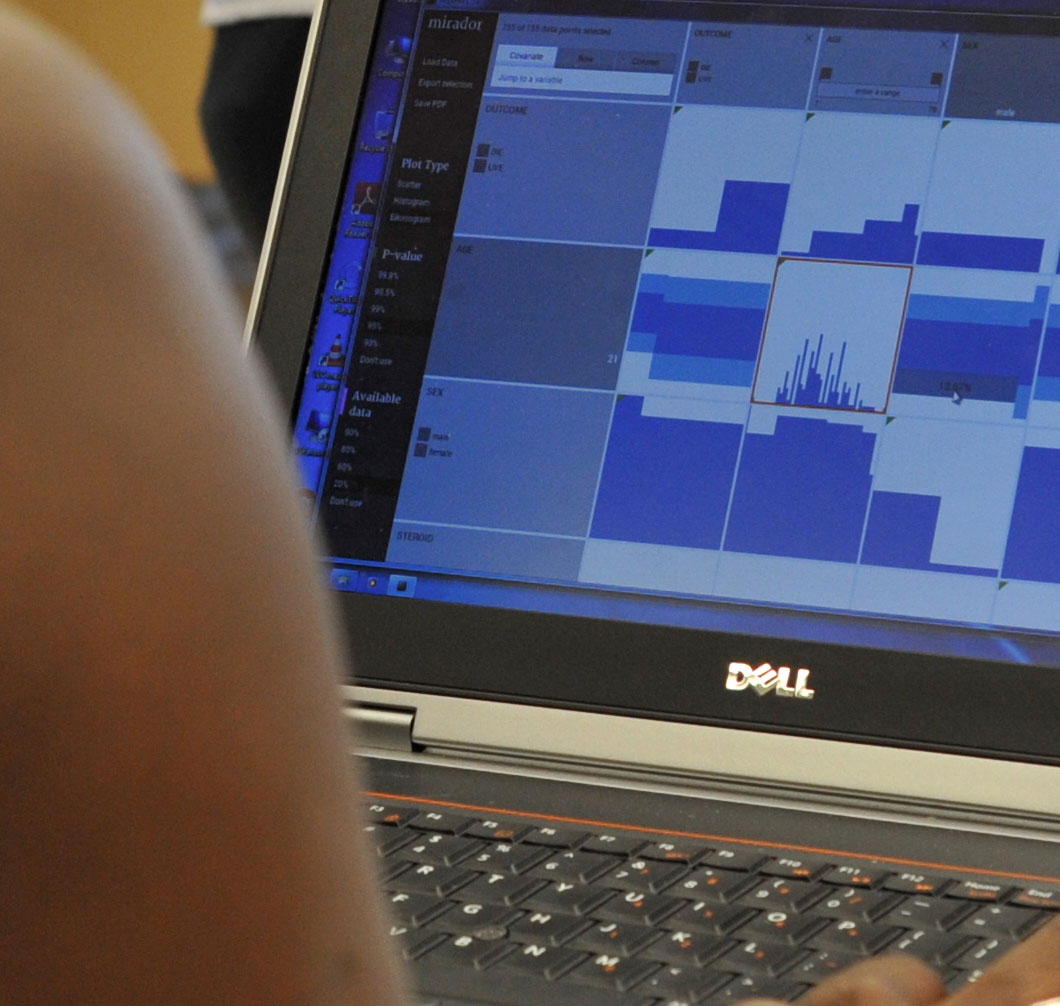 k
n
t
Workshop at the Sabeti Lab + an update on the Ebola outbreak
In June we released Mirador, a tool for visually exploring complex datasets, enabling users to infer new hypotheses from data and discover correlation patterns. Mirador is a collaboration between Fathom and the Sabeti Lab, which is part of the FAS Center for Systems Biology at Harvard University.

This past month, a group of infectious disease researchers from Nigeria and Senegal have been working with the Sabeti Lab, as part of the ACEGID Genomics Training Program in genomics and pedagogy. Andrés introduced Mirador to them and led a workshop to have the scientists start interacting with the tool. I had a great time assisting in the workshop; listening and observing for ways in which we could further tailor Mirador to help the team in their work.

Andrés shows the researches that Mirador is available for them to visualize data from epiSampler, a tool they are already using in the field to collect data from patients with infectious diseases. epiSampler was also developed by the Sabeti Lab and has been used to track samples back to their lab in Cambridge, MA. 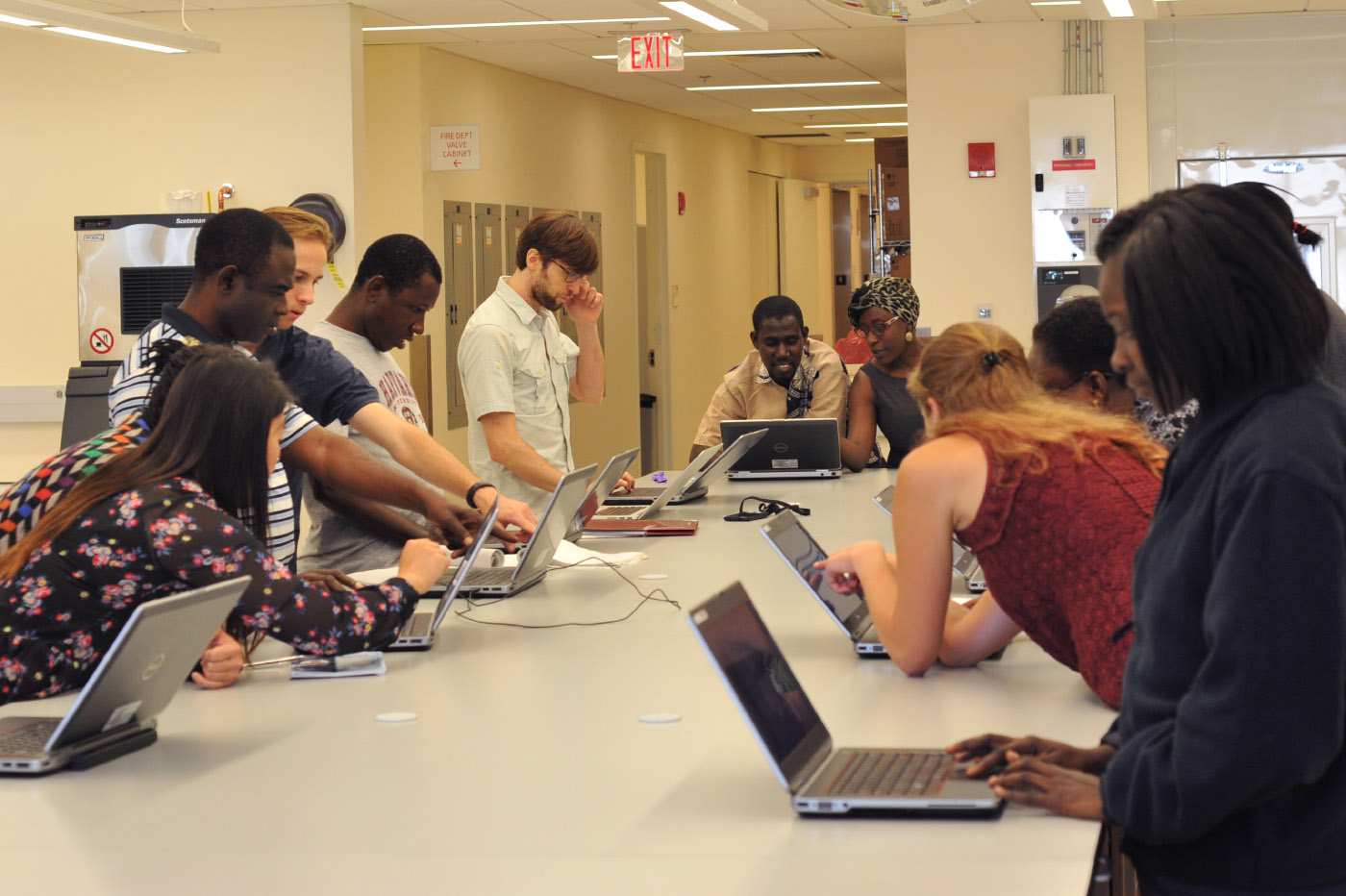 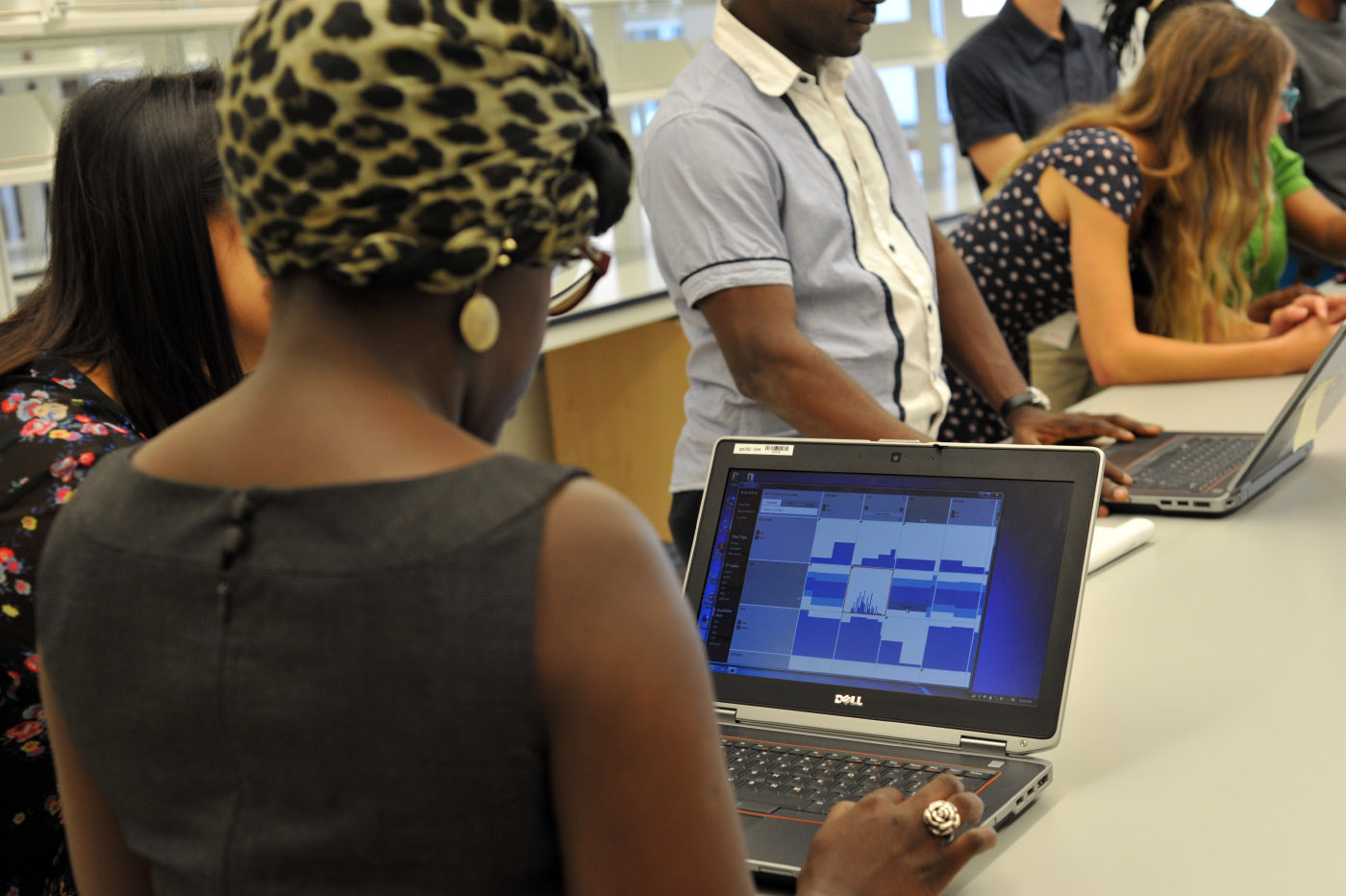 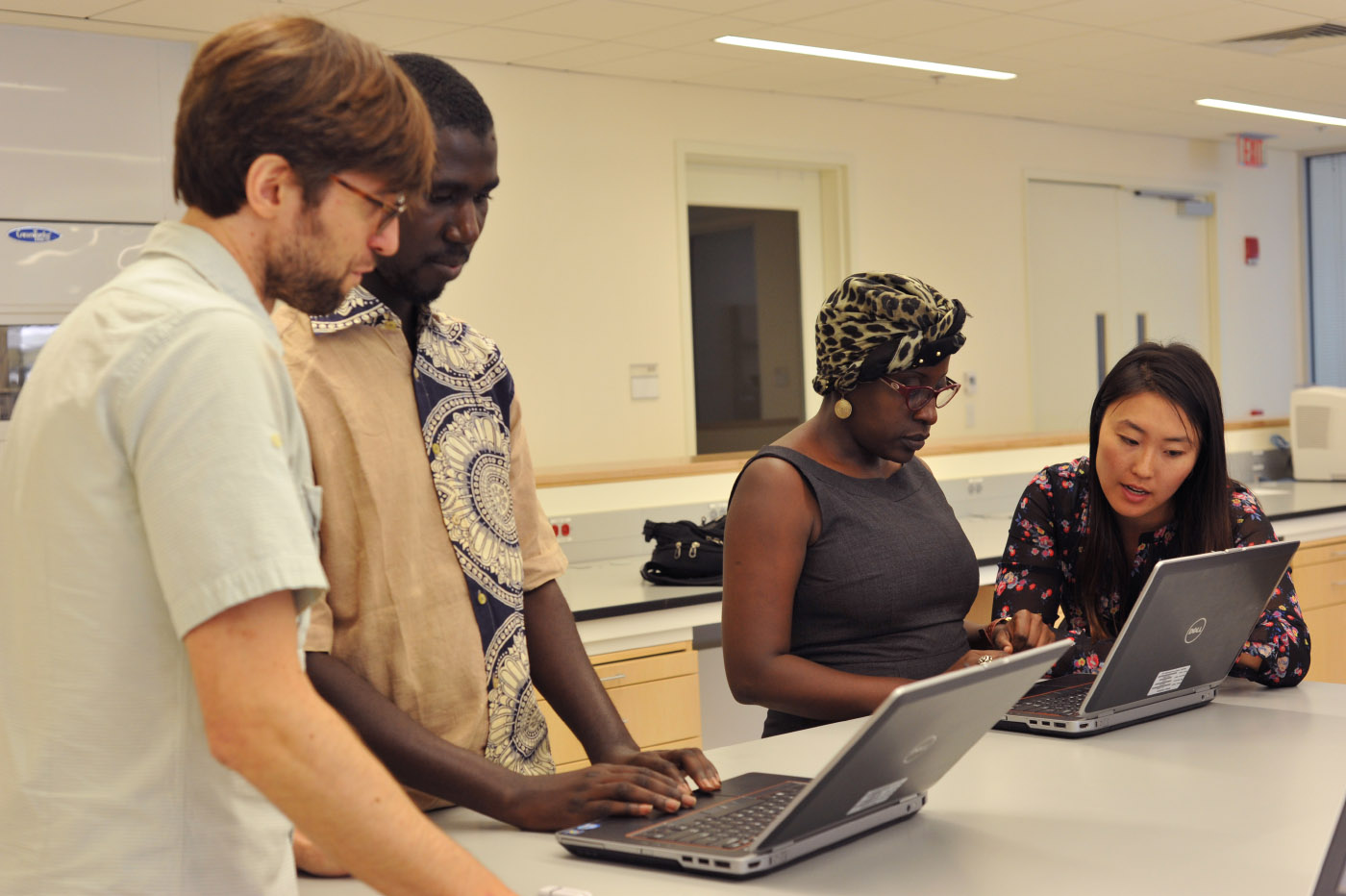 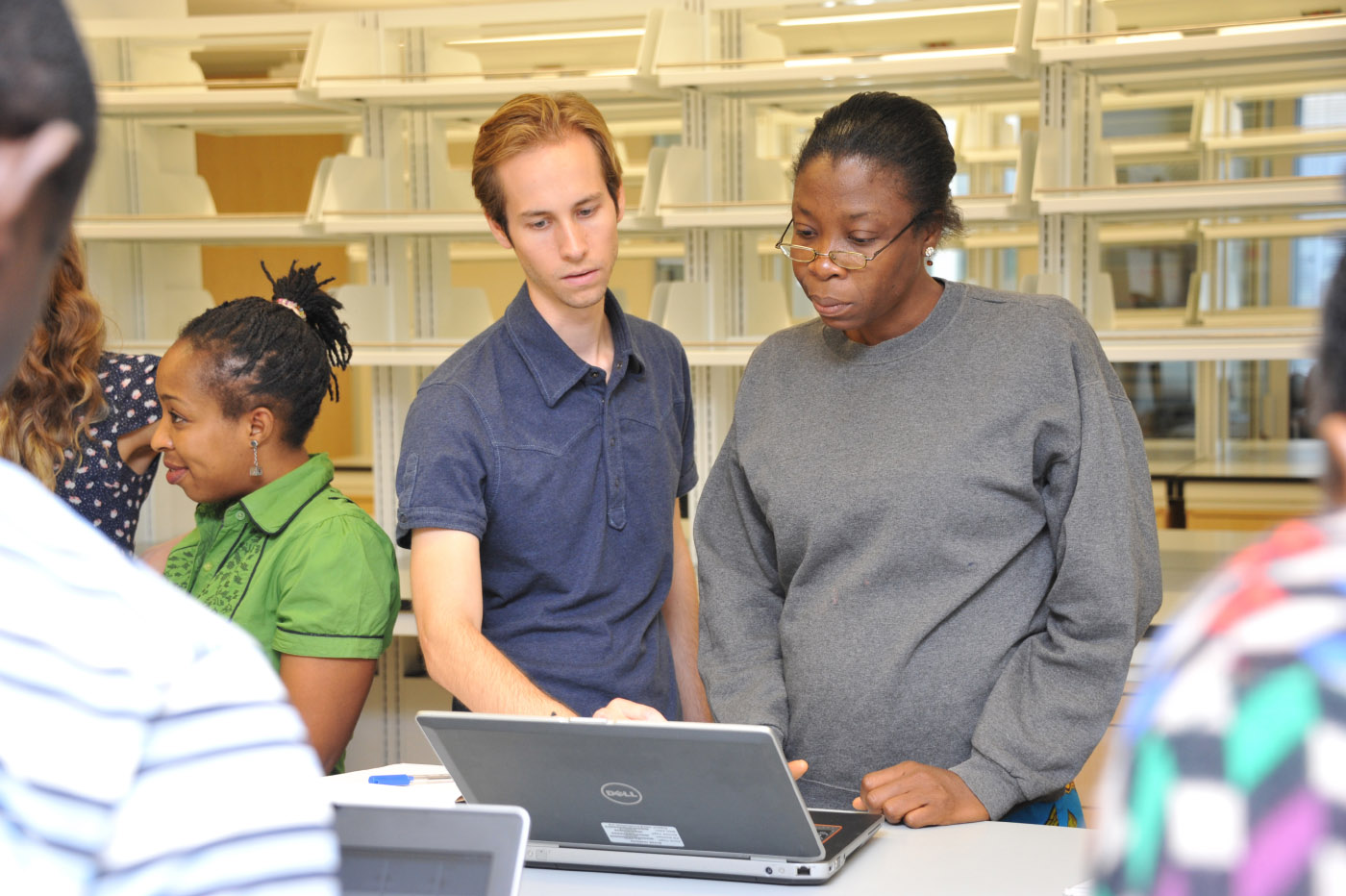 photos courtesy of the Sabeti Lab

The Sabeti Lab studies infectious diseases, and has initiatives focused on hemorrhagic fevers like Lassa and Ebola. Colleagues at facilities they have established in Sierra Leone and Nigeria have given them a jump start in caring for Ebola victims. Currently, no ideal treatment exists for Ebola and sterile and contained environments for taking care of people are difficult to come by. One of their labs, at the Kenema Government Hospital in Sierra Leone, is able to collect samples and deactivate the virus before shipping it to the Sabeti Lab where they carry out full-length genome sequencing. The data is then made available in an effort to create more collaboration.

After the workshop, Dr. Pardis Sabeti gave a talk titled "Genomic Surveillance of the 2014 Ebola Outbreak," which was an overview of her lab's ongoing work with Ebola that they have been tirelessly combating this summer.

Pardis modestly reminds us that her lab is playing a small part, which would not be possible without the collaboration with colleagues on the ground in West Africa who are risking their lives to care for their families, friends, and neighbors. 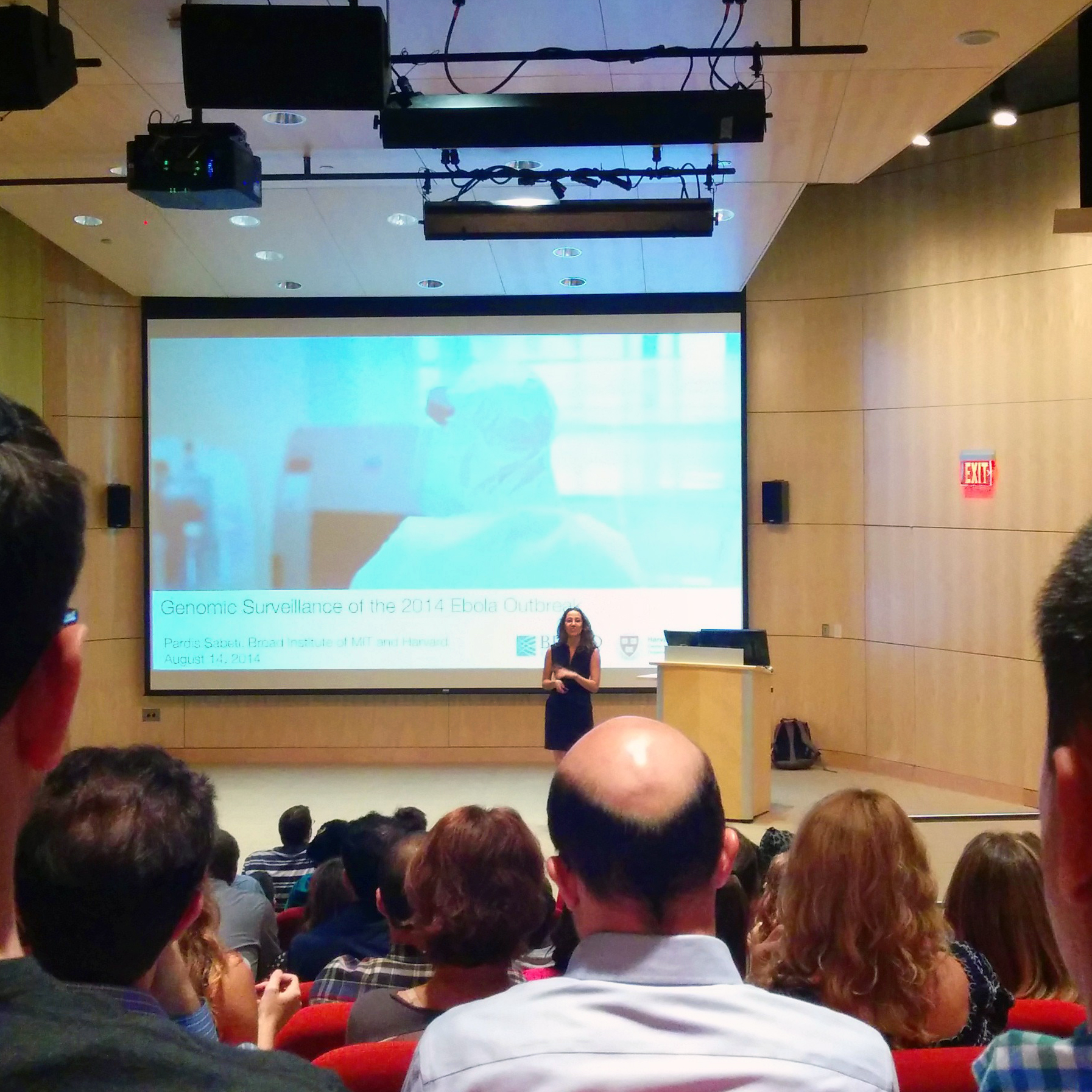 At the last minute Pardis' presentation had to be moved into a larger auditorium to accommodate the turn out. There was a lot of interest and excitement, and many words of praise from the audience as they asked questions afterwords.

While the Ebola outbreak is a tragic story, we are enthusiastic about the research the Sabeti Lab is doing. In the coming months we will be working to visualize the spread of disease and navigating the many variables that could be affecting its reach.