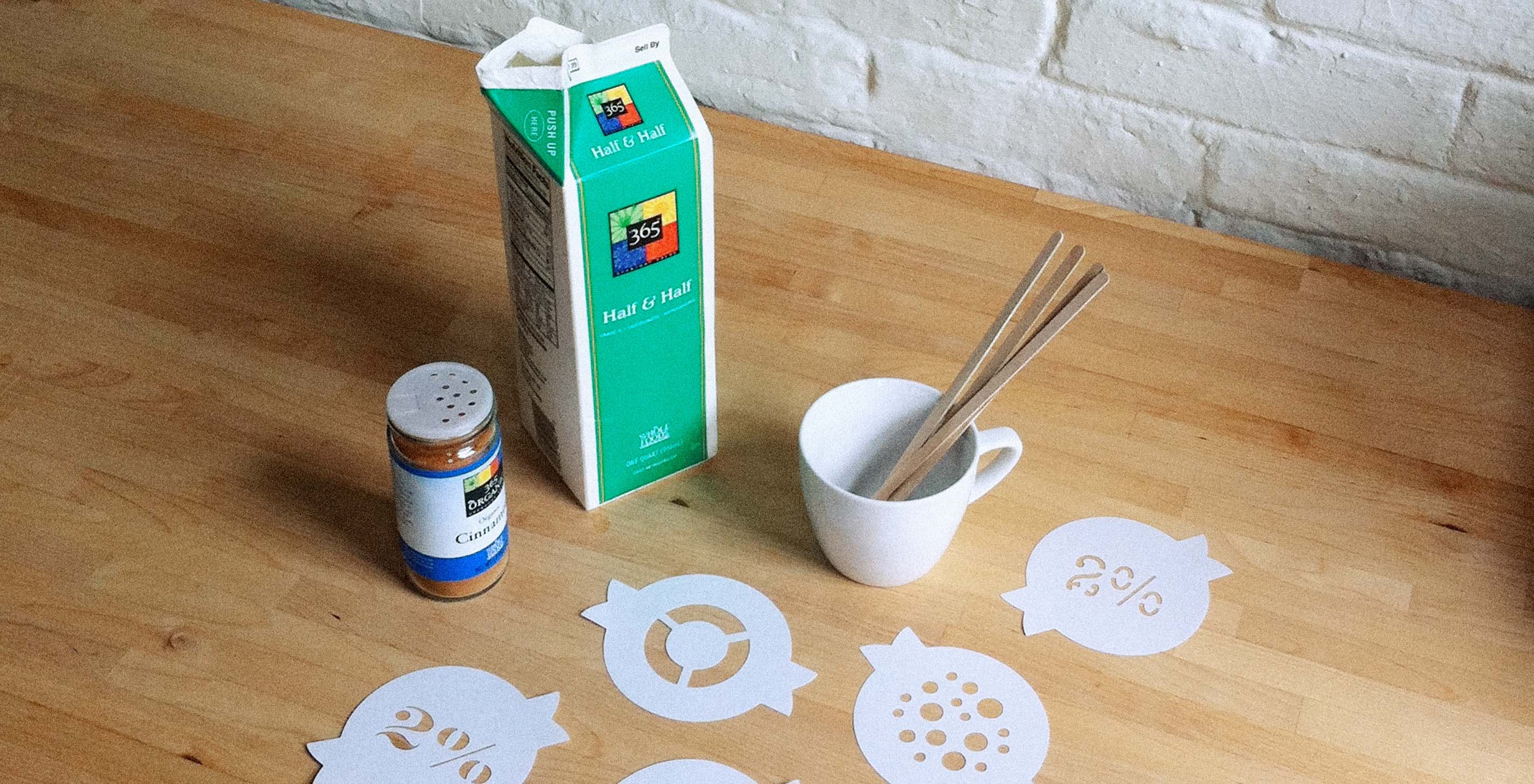 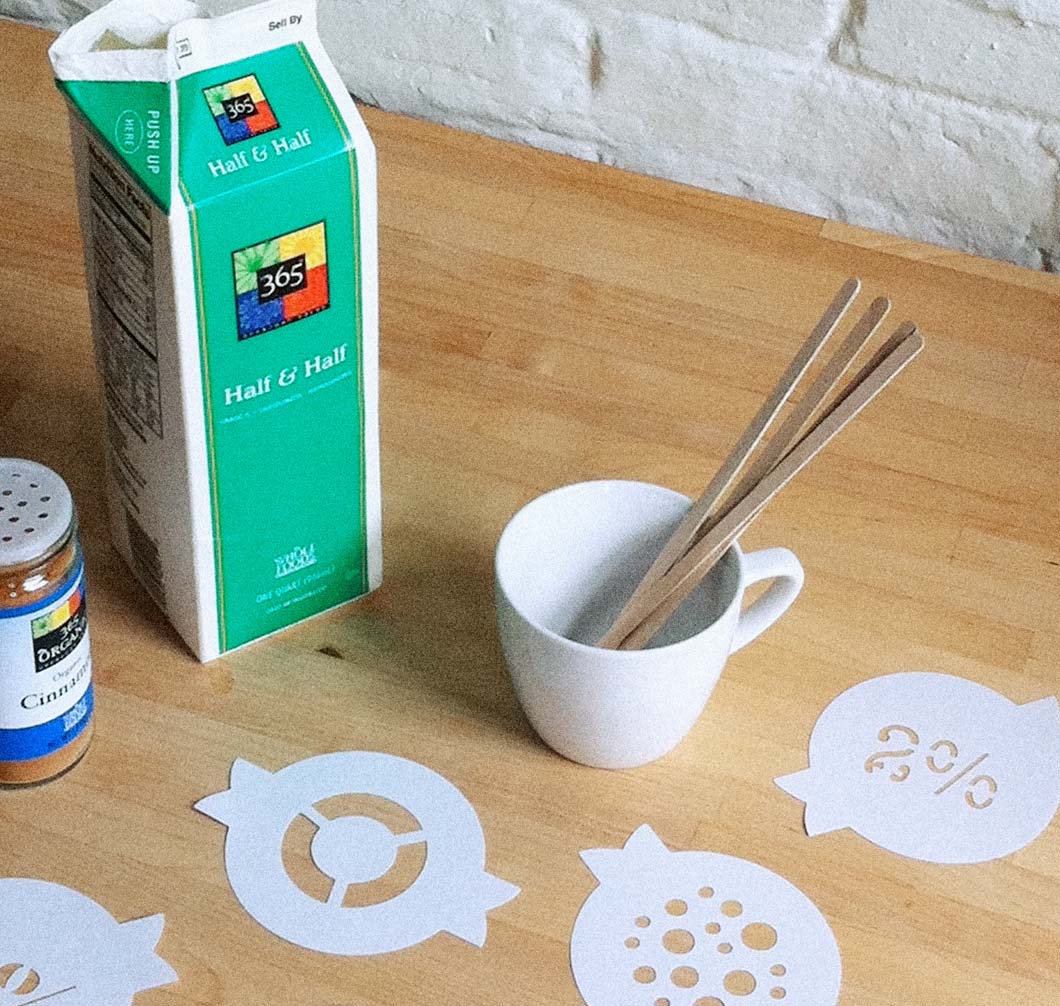 k
n
t
Katy
Fathom Test Kitchen
The Test Kitchen — a lesser known branch of the Fathom family — was established earlier this year in an attempt to explore the relationships between two of our favorite things: data and food. Inspired by a recent speaking engagement of Ben's, at which the organizers set up a coffee bar called the Data Vis Café, we spent the last few weeks contemplating what sort of things our coffee could (or would!) say to us if given the chance.

An ad hoc survey of daily coffee consumption, as well as some mining of historical purchasing records, served as the seed for the project. 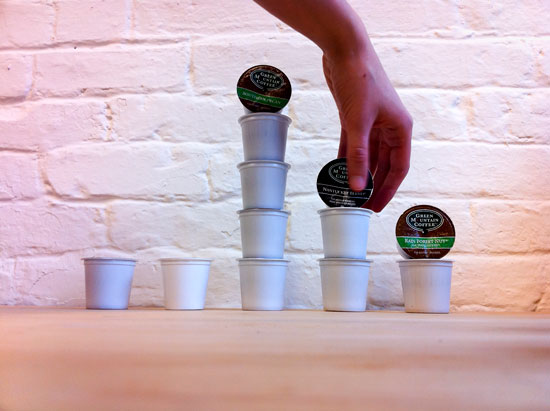 The challenges of getting visualizations literally onto coffee quickly emerged.  Researchers spent a week making rapidfire iterations to a series of stencils that can be rested on top of any caffeinated beverage. The drinker can then imprint a visualization of their own design, in their choice of cinnamon, cocoa, or powdered sugar.

Designs are currently generated in Processing and cut out using a vinyl cutter. Plans are underway to have a few finalized pieces laser cut out of stainless steel for general Test Kitchen use. This particular example is a visualization of Fathom's coffee/tea buying habits over the last six months: 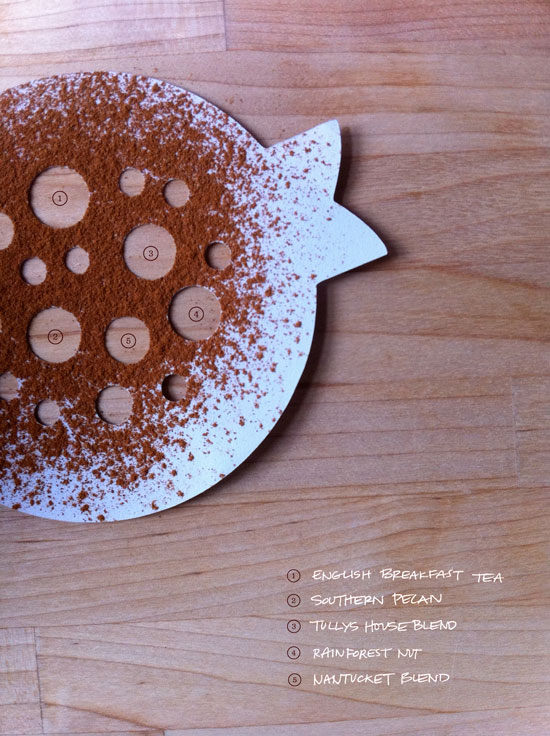 Initial testing was done in the home kitchen, using a variety of visualization archetypes. (No coffee was harmed in the production of these samples, but there might have been a fair bit of cinnamon and soy creamer wasted.) 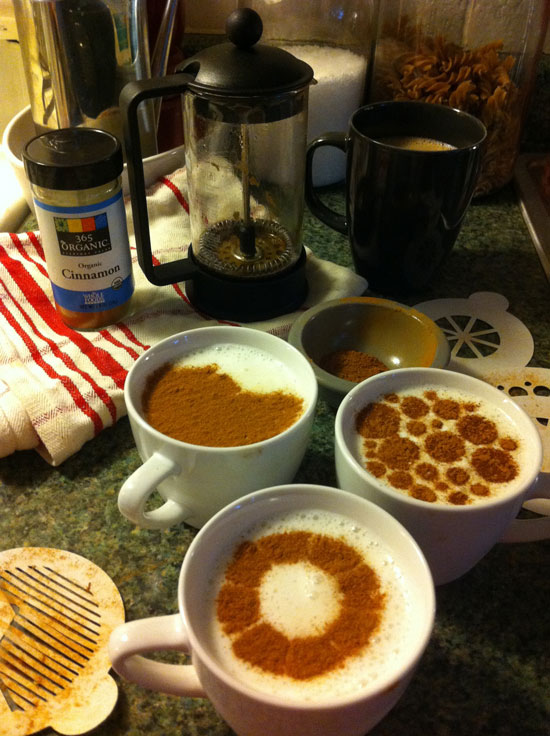 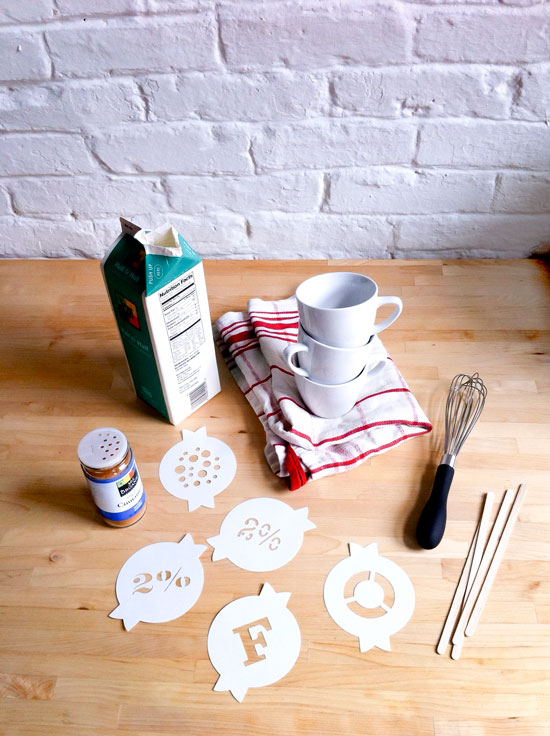 There were some initial setbacks — the first attmpt at the Fathom F proved to be enough of a failure that it couldn't be reproduced here — but the general mood amongst food researchers remains cautiously optimistic. According to anonymous sources, there are a few early results: 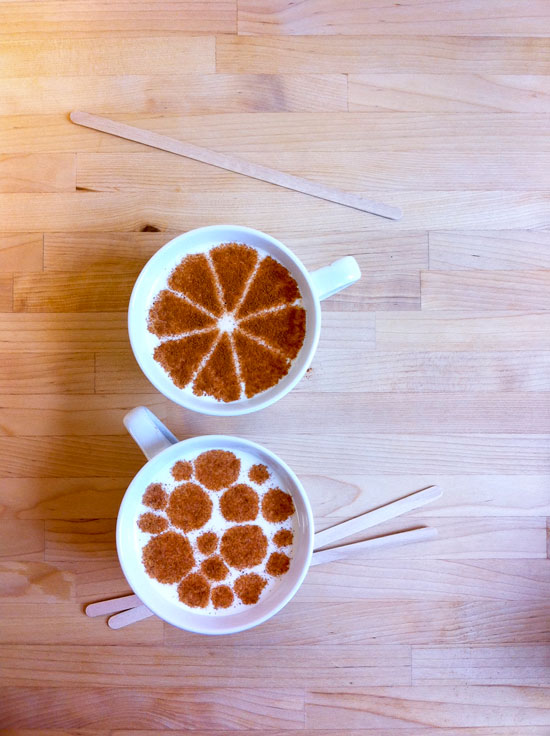 Researchers plan to report back periodically as things progress. Until then, we'll see you at the Data Vis Café.