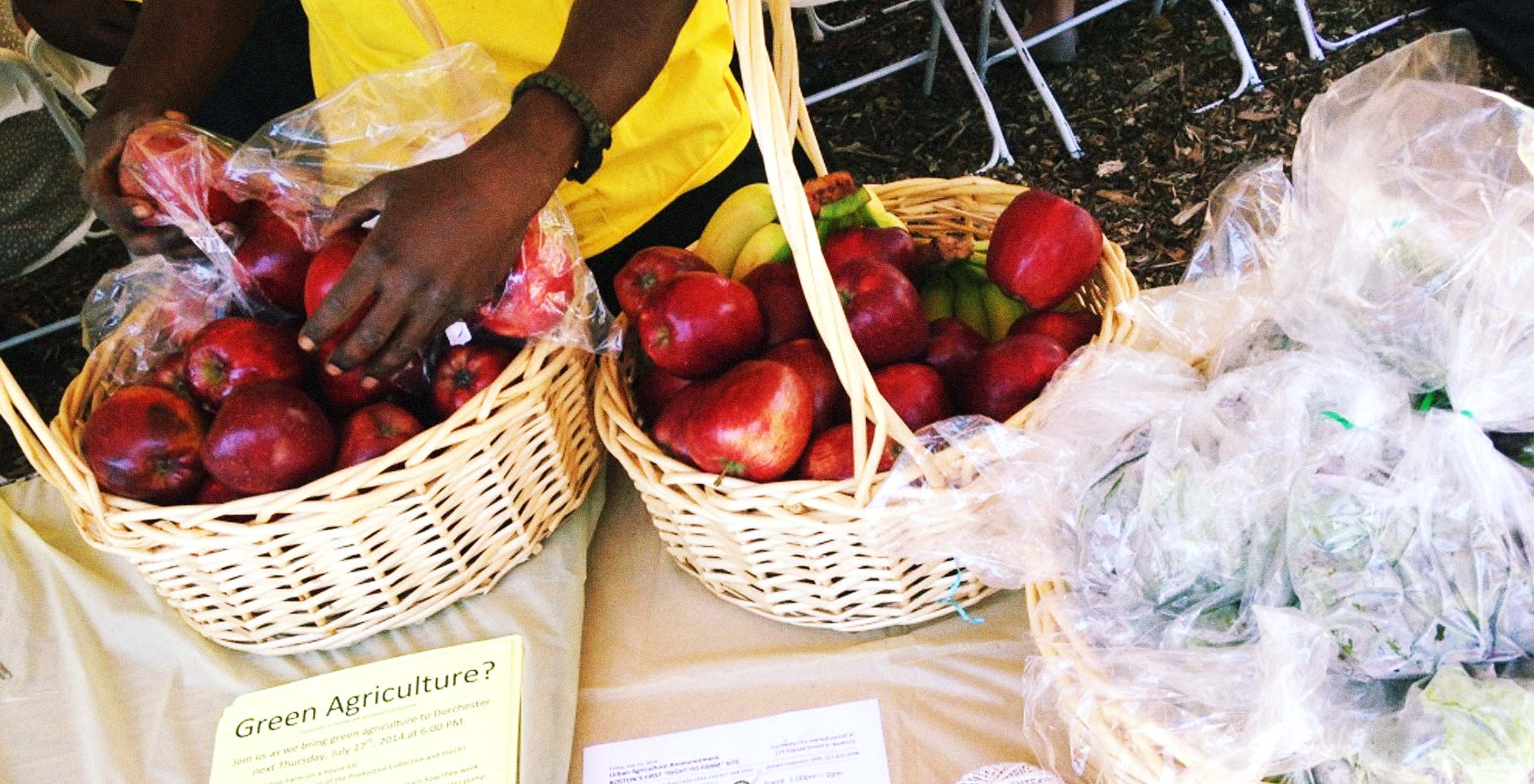 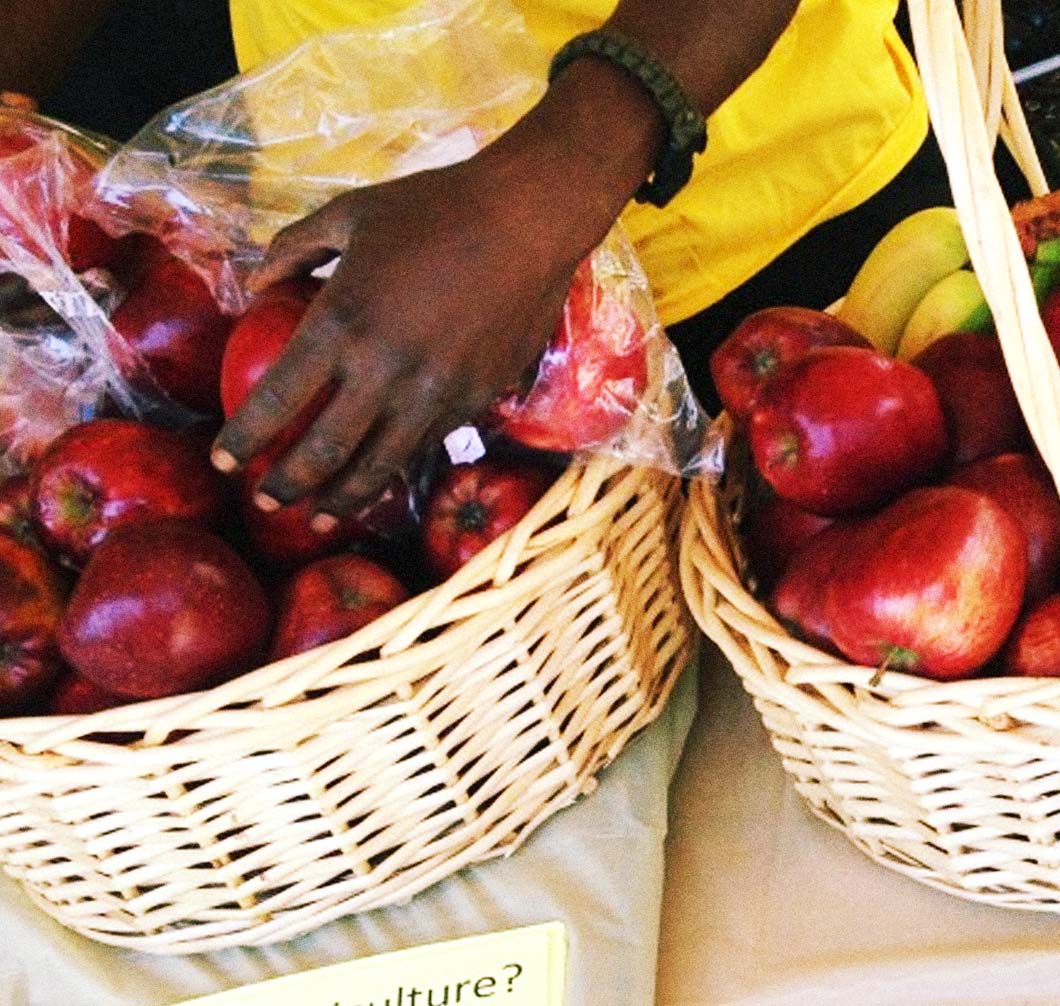 k
n
t
Alex
Time to get growin'
Lo and behold, on the first official Urban Agriculture Day in the City of Boston, we are excited to release our latest project, urb.ag. The tool enables users to find locations where they can pursue different urban agriculture activities around the city. By selecting a specific location, you can see which farming opportunities are available, and which actions you'll need to take to start a commercial farm in Boston. 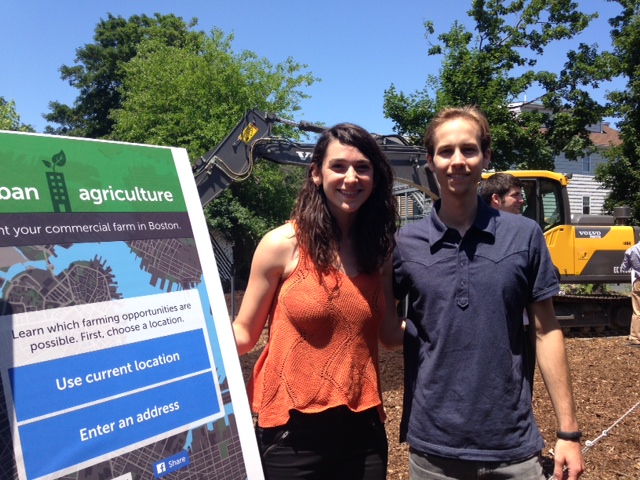 Thanks to the Knight Prototype Fund, today we announced the release of our latest site, urb.ag, alongside the Groundbreaking celebration of Boston's first commercial urban farm.

Whether you'd like to keep honey bees on the roof, hens on the ground, or a freight container garden, the site describes the steps needed to start any type of commercial agriculture activity. Here at Fathom, we're seeing what we can do to start a rooftop hydroponics system (though we'll have to run this by the Boston Landmarks Commission because we're located in a historic district, and probably by our landlord because we're not especially wily). 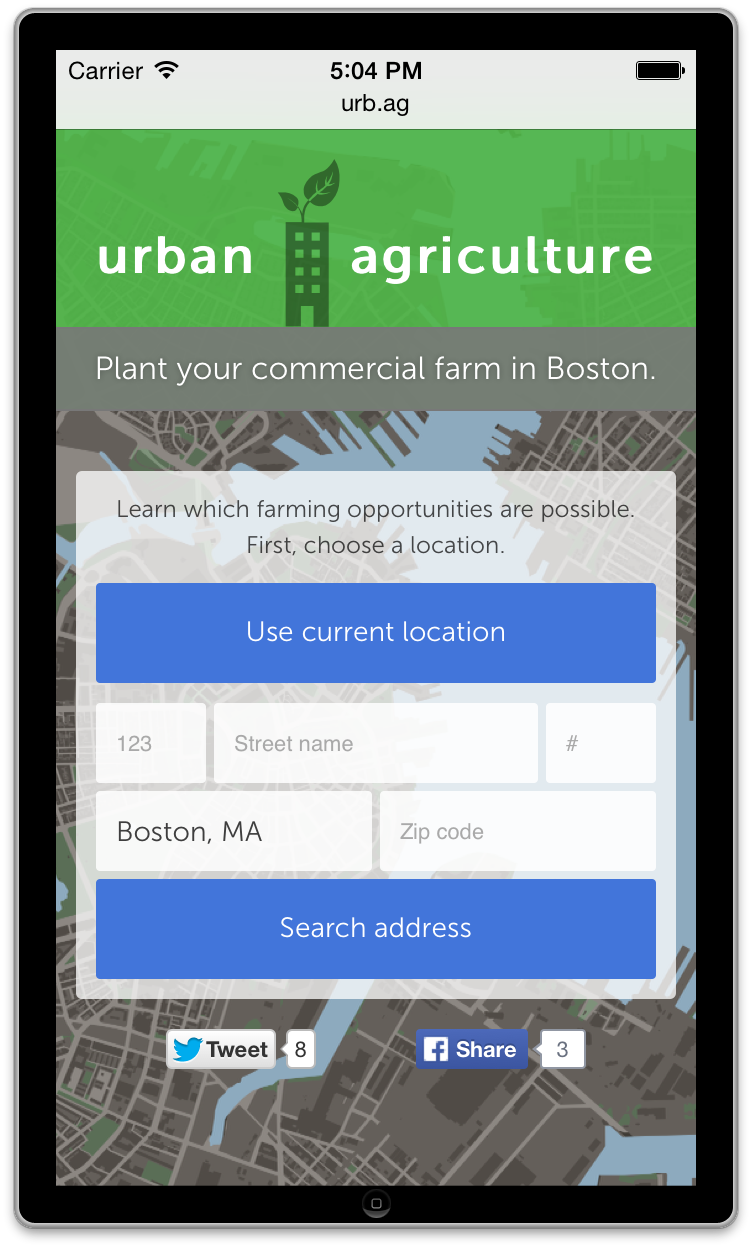 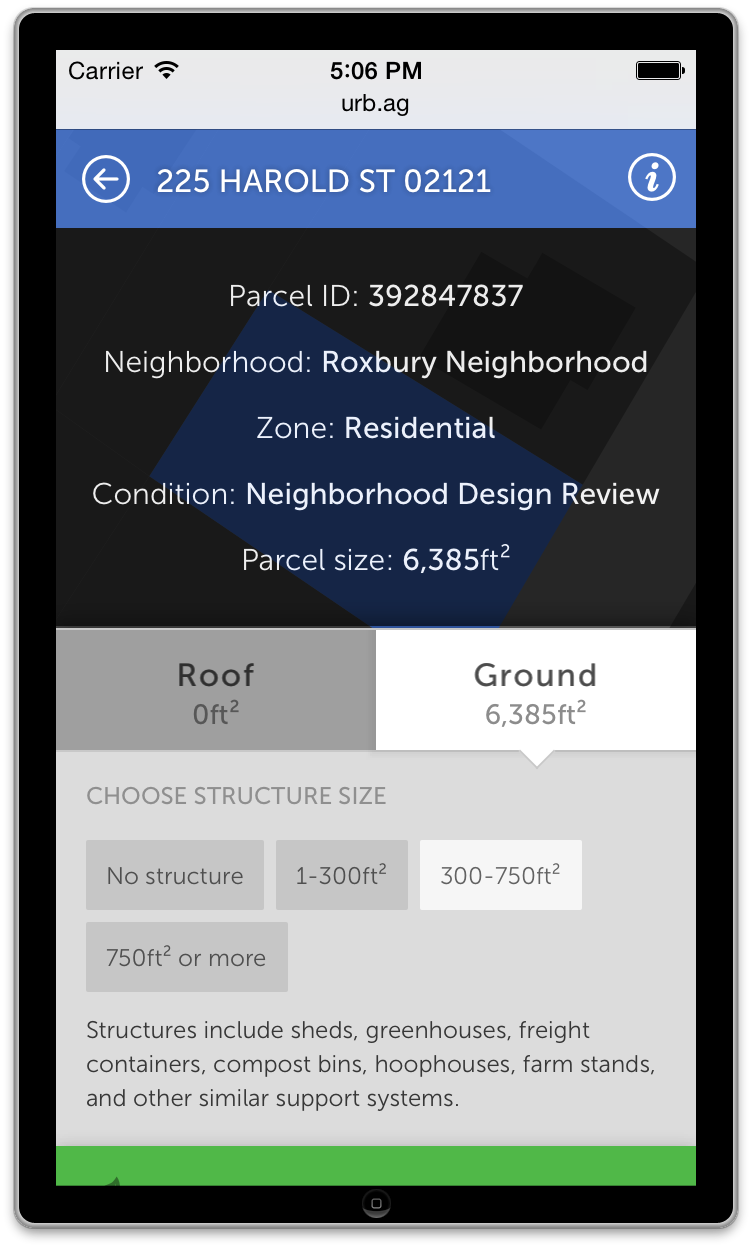 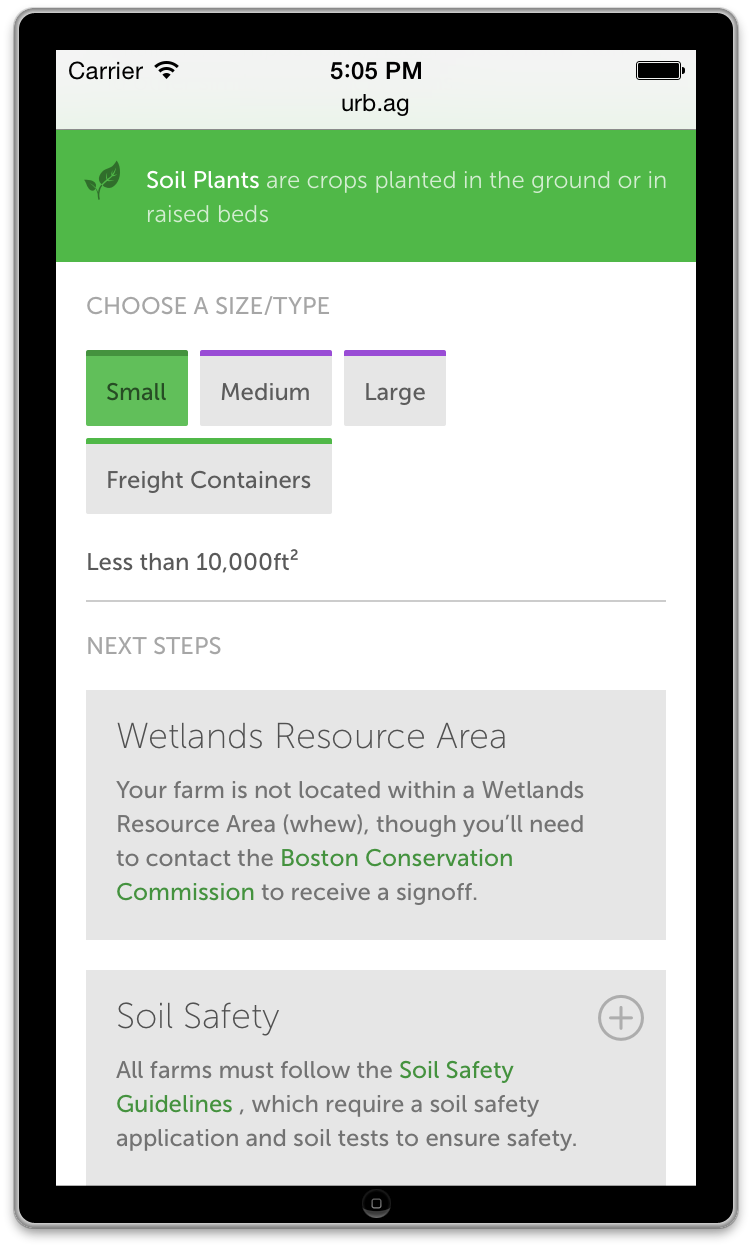 By toggling between roof and ground levels, selecting different structures, and choosing various activities-- soil plants, aquaponics, aquaculture, hydroponics, beekeeping, hen keeping, and composting-- you can see the zoning considerations that apply to each lot, the permitting applications you'll need to complete, and the commissions you'll need to contact to get the ball rolling.

We celebrated the site's release today alongside Urban Agriculture Day, and the groundbreaking of the city's first commercial urban farm, the Garrison-Trotter Farm in Roxbury. Boston Mayor Marty Walsh was there to celebrate and announce the occasion. 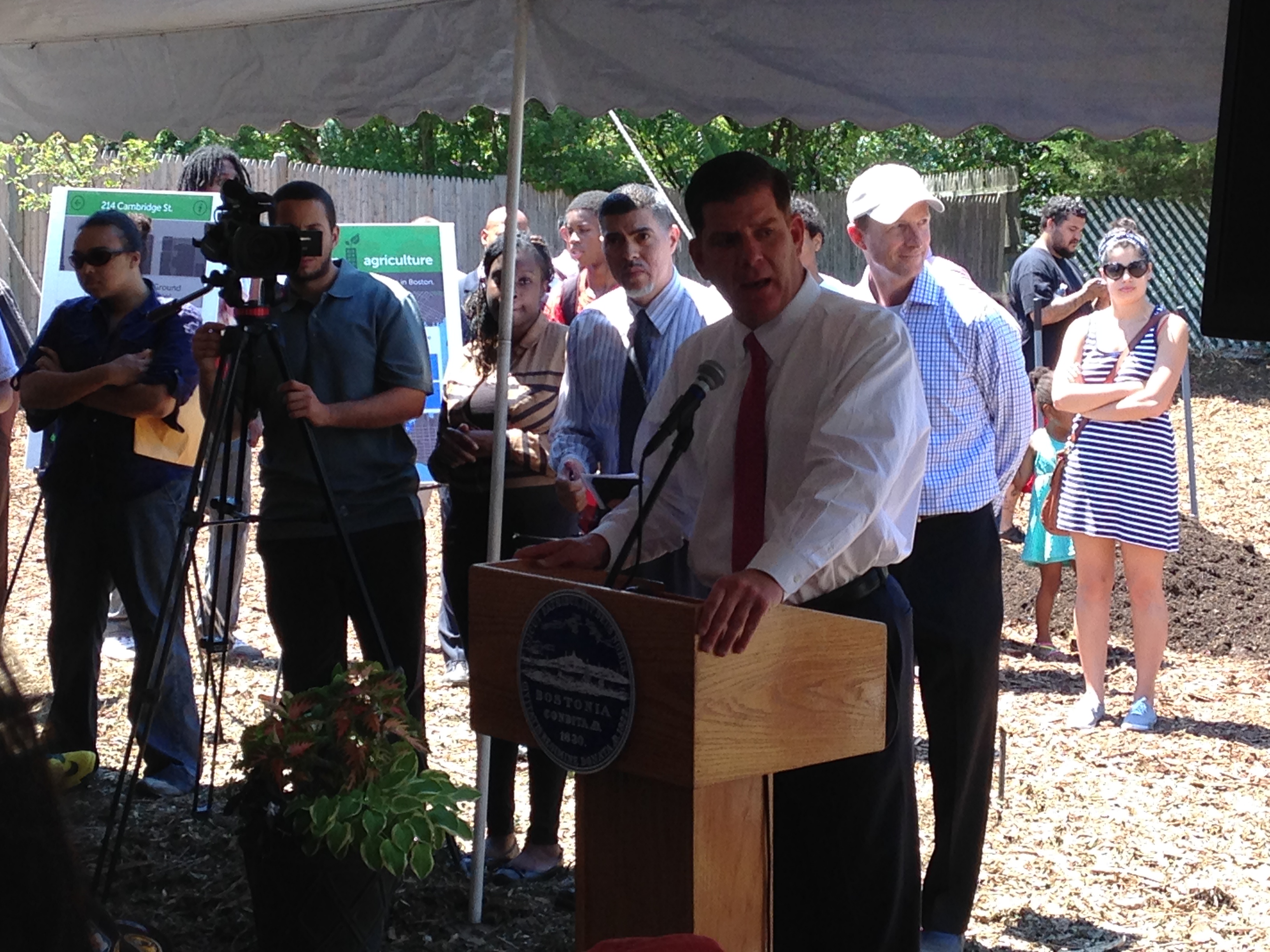 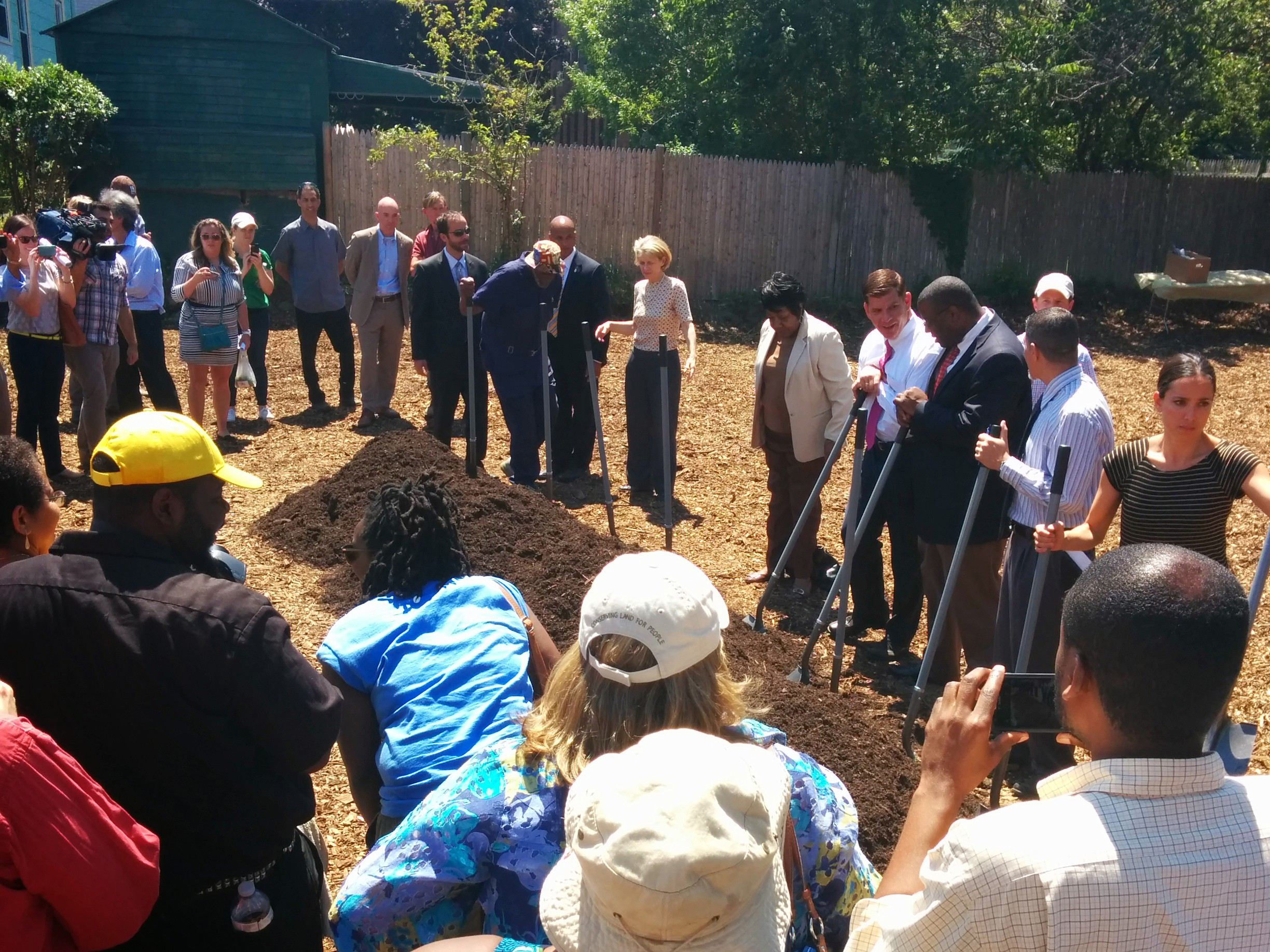 The project actually began with a tweet from former Boston mayor, Tom Menino a year ago. Terrence, our in-house farmer/ professional pickle maker, shared the tweet with the rest of the team, and we decided that the legislative changes taking place opened a tremendous opportunity to improve local engagement with urban farming. We partnered up with the Mayor's Office of Food Initiatives, the Boston Redevelopment Authority, and other folks from the City of Boston to integrate municipal zoning code with the recent legislation, Article 89. After receiving support from the Knight Prototype Fund, we set out to make the legislation more navigable and transparent to those interested in urban farming.

Grab your phone, tablet, or open up a (narrow) screen on your browser to find the nearest location to start a commercial farm. We've optimized the tool for mobile and tablet devices, which forced us to prioritize the information that 's most important for users. Try it out, and get growing!