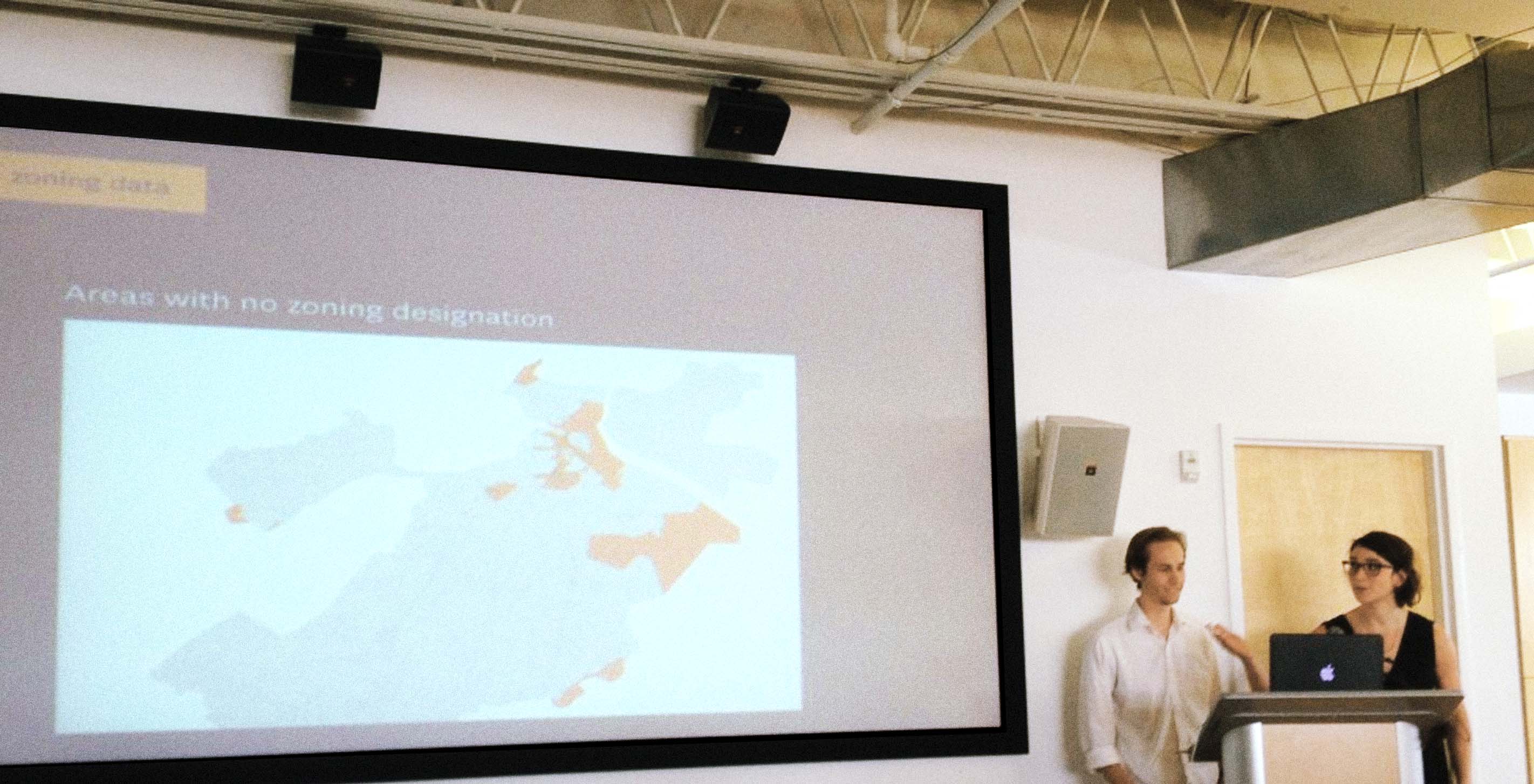 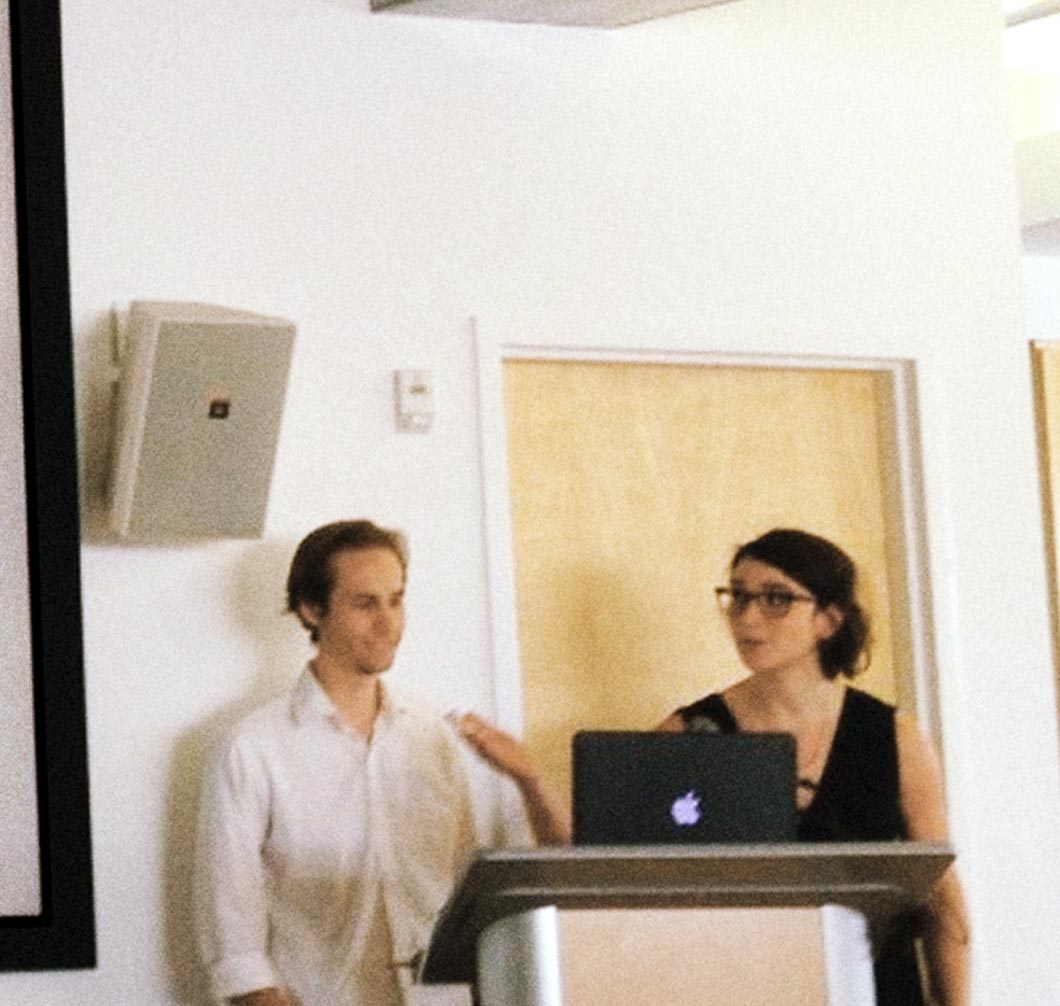 Chris Barr and Megan Zimroth from the Knight Foundation kick off the 'ignite' demo talks, where each team has 5 minutes to present with 20 slides auto advancing every 15 seconds.

Demo Day was a chance for all participants of the Knight Prototype Fund to present their projects to each other. There were 21 presentations in all, and it was great to see what other teams were working on. To name a few, Kids Making Sense was a project that gave kids air quality monitoring sensors to measure air quality around their cities; Ride Louisville identified biking arteries through a mobile app and referred to them as metro lines to encourage more biking infrastructure; and Market Metrics gathered and summarized key metrics for farmers market managers through a visual report tailored to the interests of their community.

For our project, Alex and I built a user-friendly app that integrates zoning data with new legislation so Boston residents can identify spaces that can accommodate commercial agricultural ventures within the city (stay tuned for the app release at the end of this month).

Alex talks about the areas with no zoning designation that we sought to identify with the awesome folks at the Boston Redevelopment Authority.

Last year we completed a project for Knight around the growing Civic Tech market.  Now we have found ourselves involved in that very market, helping to make government data more open and accessible for the public.