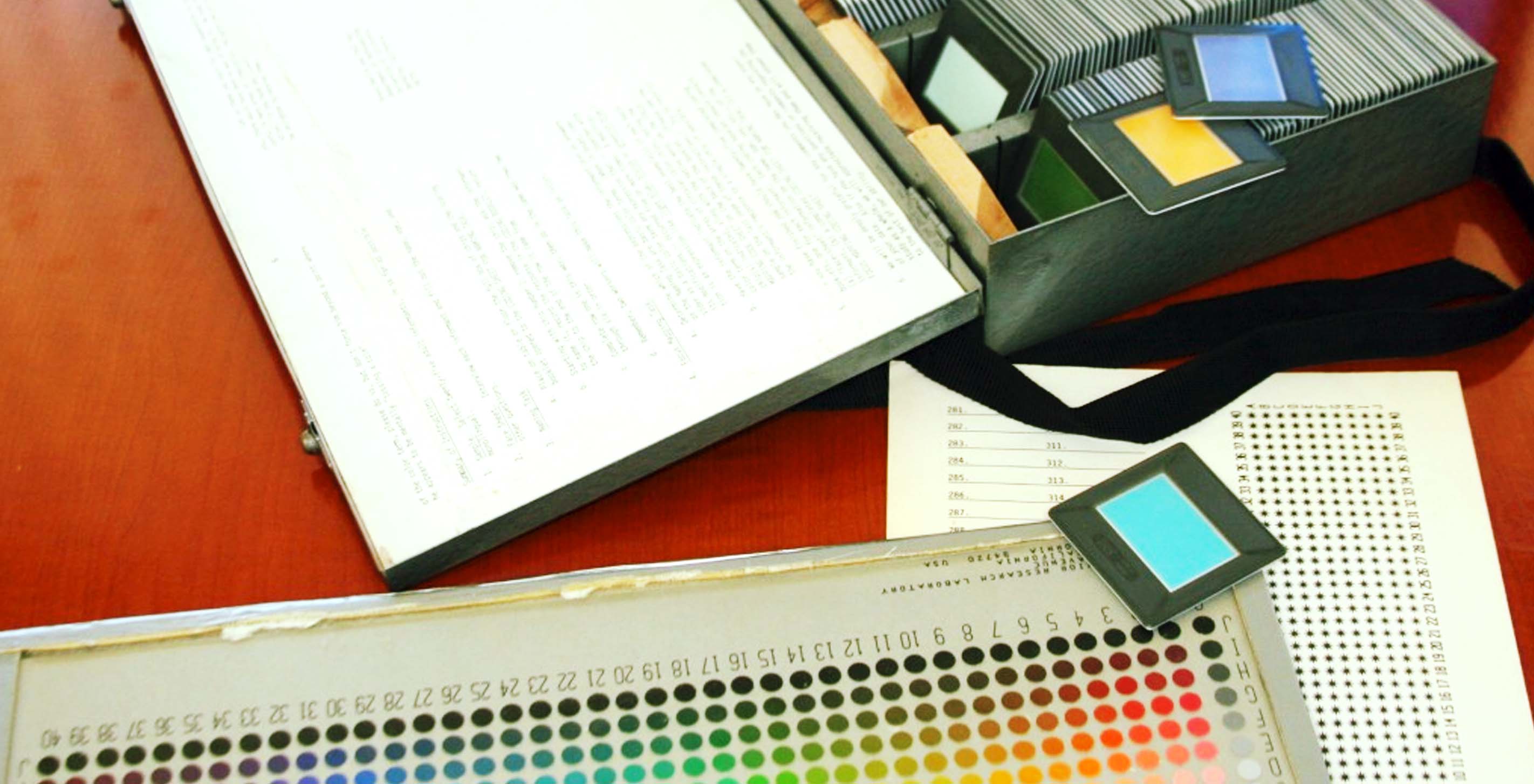 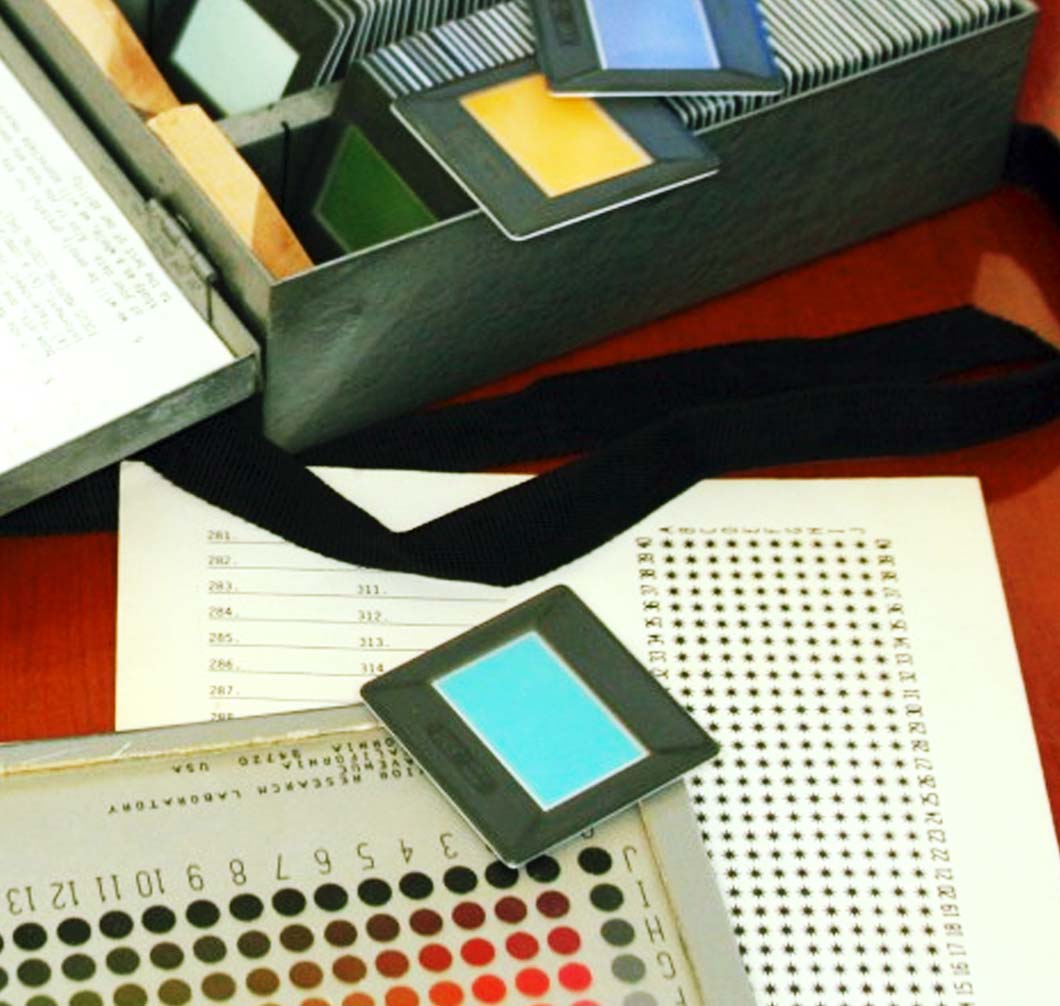 k
n
t
The field kit
Sina Najafi, editor-in-chief of Cabinet, contacted us about including our project Colorful Language to serve as a visual explanation of the World Color Survey data, the topic of an essay in the new issue. Cabinet is a quarterly non-profit publication about art and culture based in Brooklyn, NY.

The essay, entitled “Color Primitive: Hue, language, and semantic universals”, by Josh Berson discusses the ongoing anthropological debate between “relativism” and “universalism”, or how language and thought affect each other. Color terms are studied because diverse cultures share their common existence. 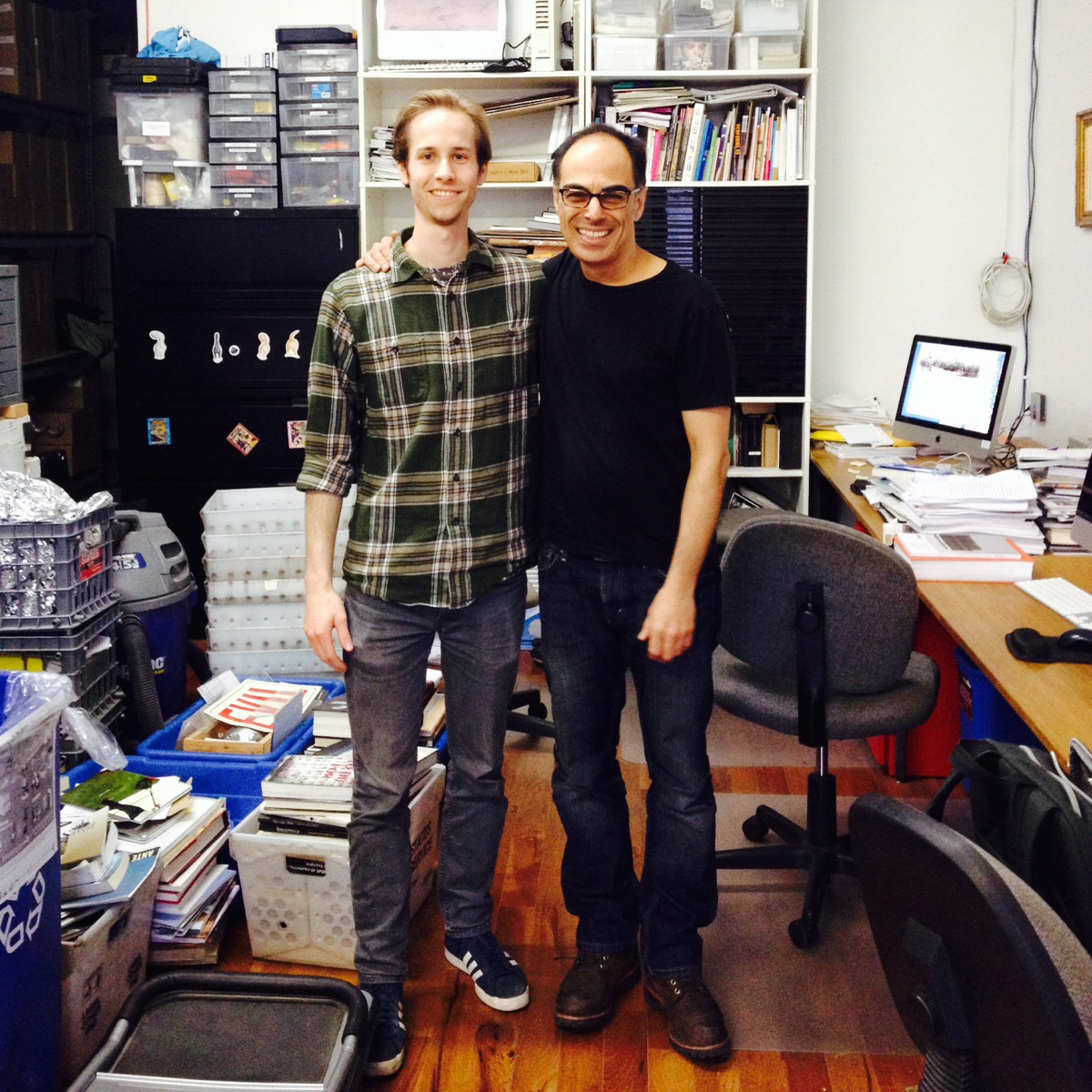 Last weekend I visited the Cabinet offices and sat down to discuss the essay with Sina. While there he told me a story about acquiring some of the images.

Sina asked him if he still had the field kit containing the 330 color chips, a thirty-year-old piece that has stood the test of time. Only then did Thomas recall that the field kit was not in his possession, as he had lent it to a friend. After some time, Thomas was able to relocate the kit and graciously sent some photos to Cabinet, but the new issue had already gone to press.

Although Cabinet wasn’t able to obtain these images in time for print, I am pleased to provide a supplement to the article by including these images below, courtesy of Thomas Headland. 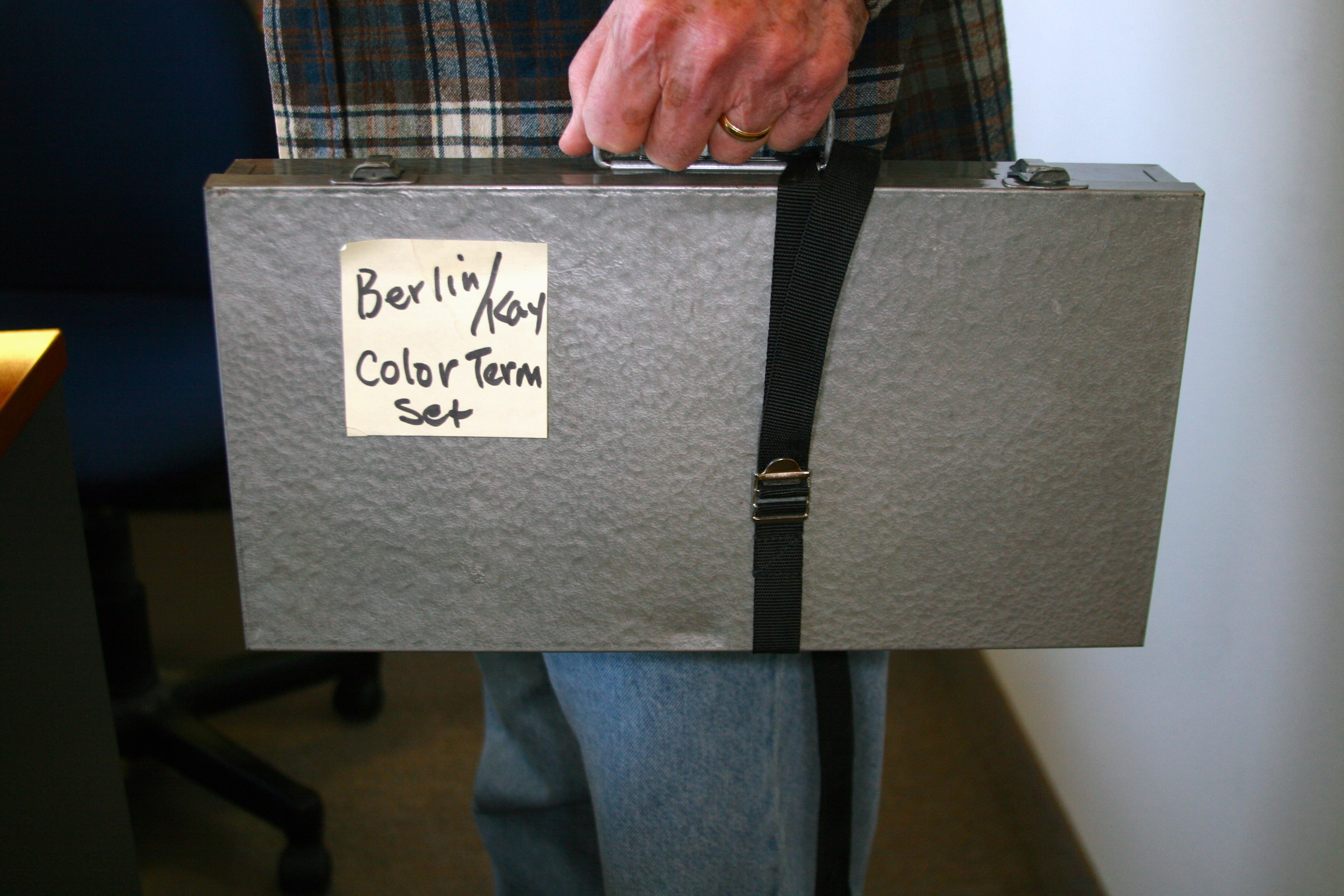 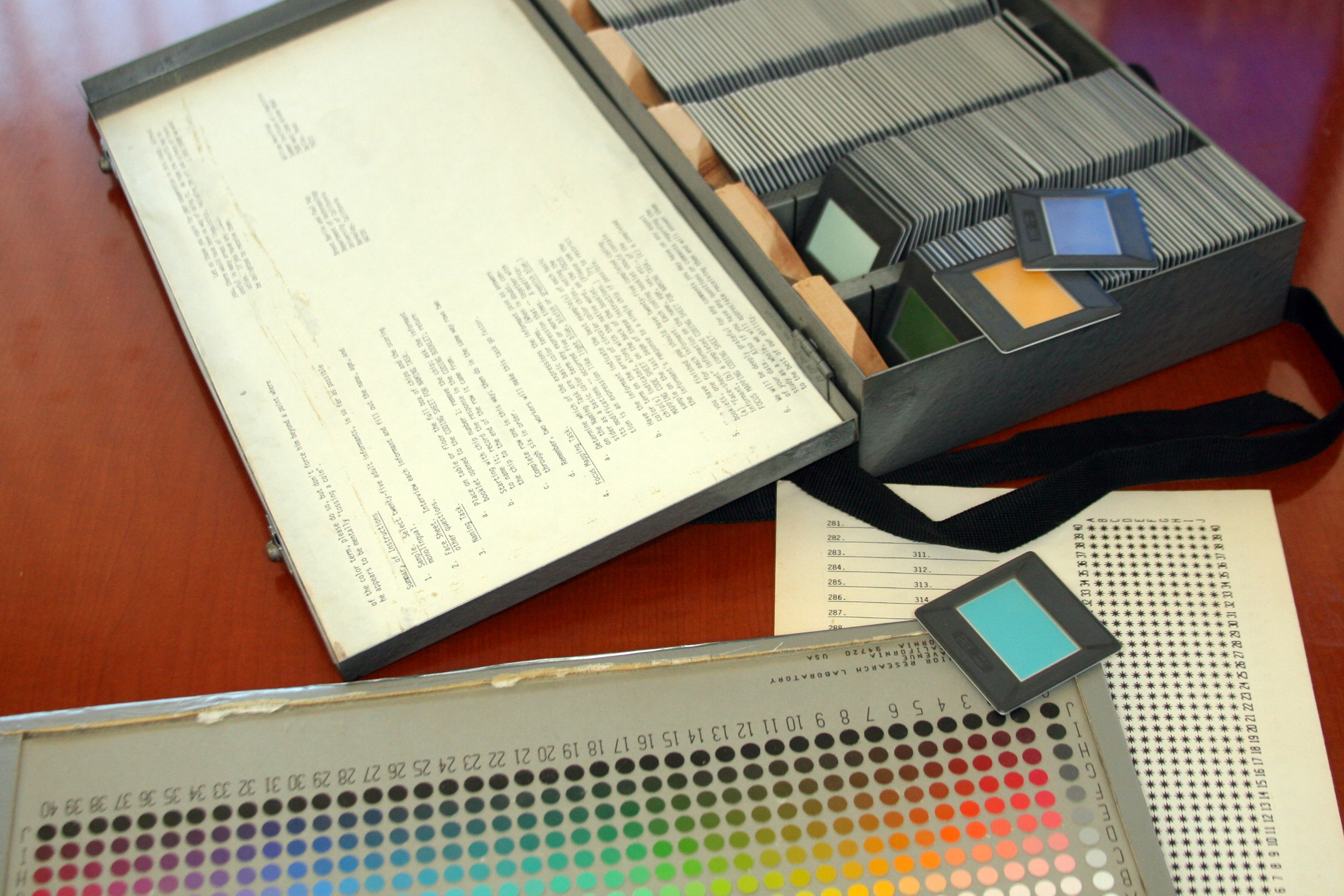 'You will find inside the box a piece of cardboard on which a large number of circular color patches of 1/4' diameter have been pasted. Please put this aside for the moment. In the box you will now see that there are are six trays containing color chips enclosed in glass slide cases. There are 330 of these chips.' (World Color Term Survey: Instructions to Field Workers, 1976) 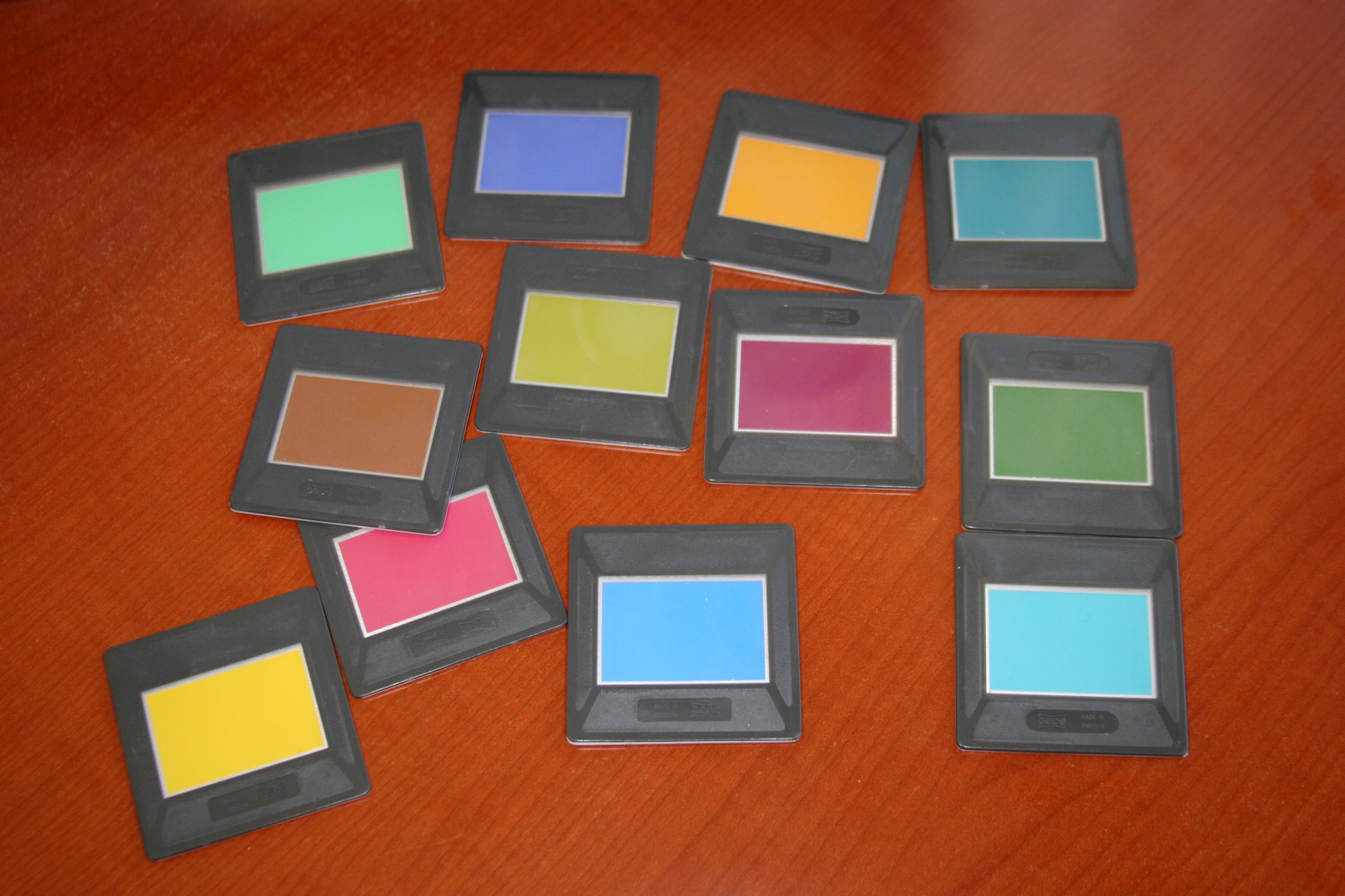 'The object is to get the informant to name, preferably with a single word, each of the 330 chips. This task should take about 40 minutes... ...It should be performed on a sunny day if possible in the shade, not in direct sunlight.' (World Color Term Survey: Instructions to Field Workers, 1976) 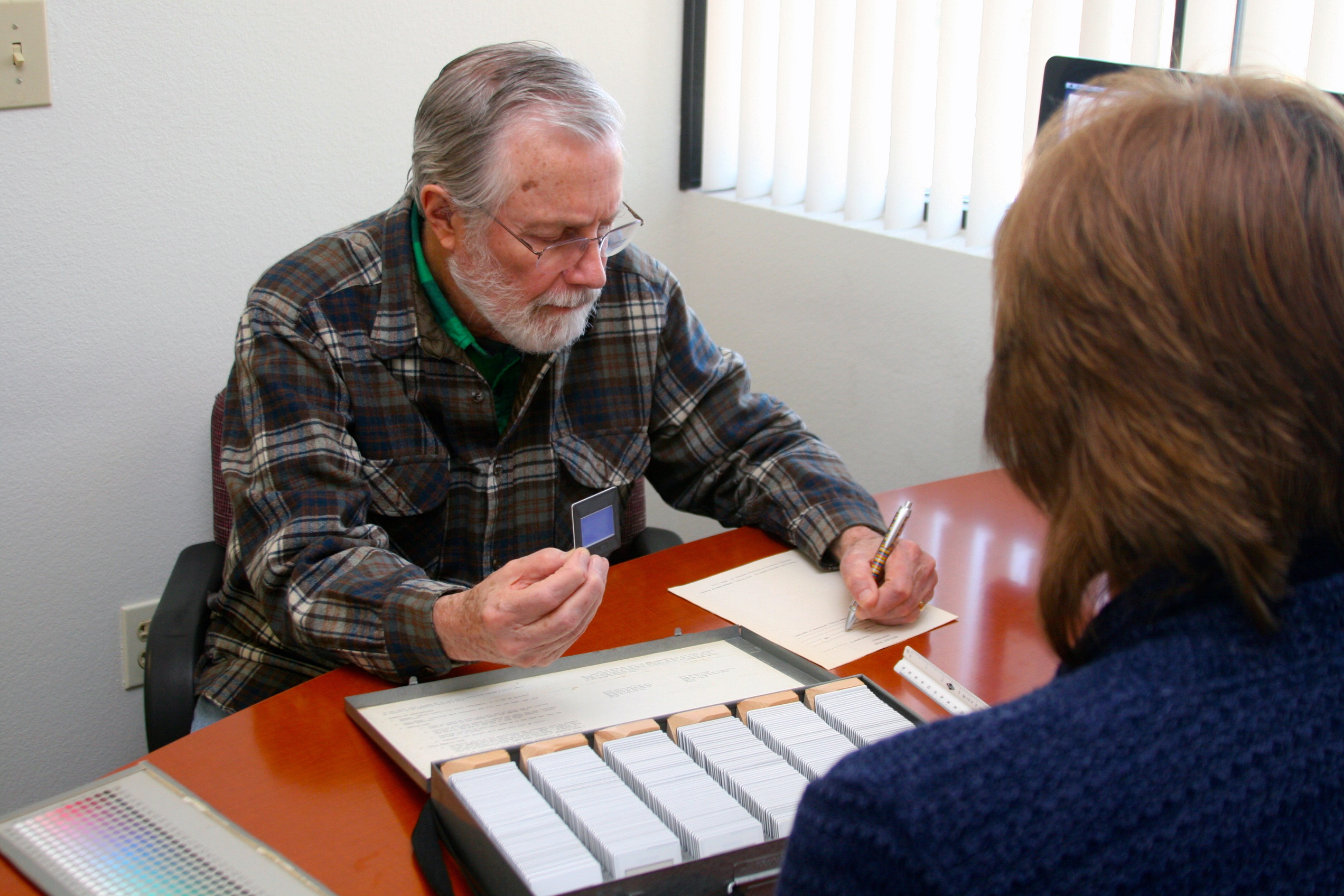 Thomas Headland holds a color chip while recording the response that corresponds to the number on the reverse side of the chip.

As you can see, this artifact was designed to withstand the hardships of world travel, and has maintained its structure and form. Seeing the physical tool for gathering the data also puts this project into context, where sometimes field research feels hard to grasp, but I assure you this is not one of those times.

Copies of the issue are available here or at your local bookstore. 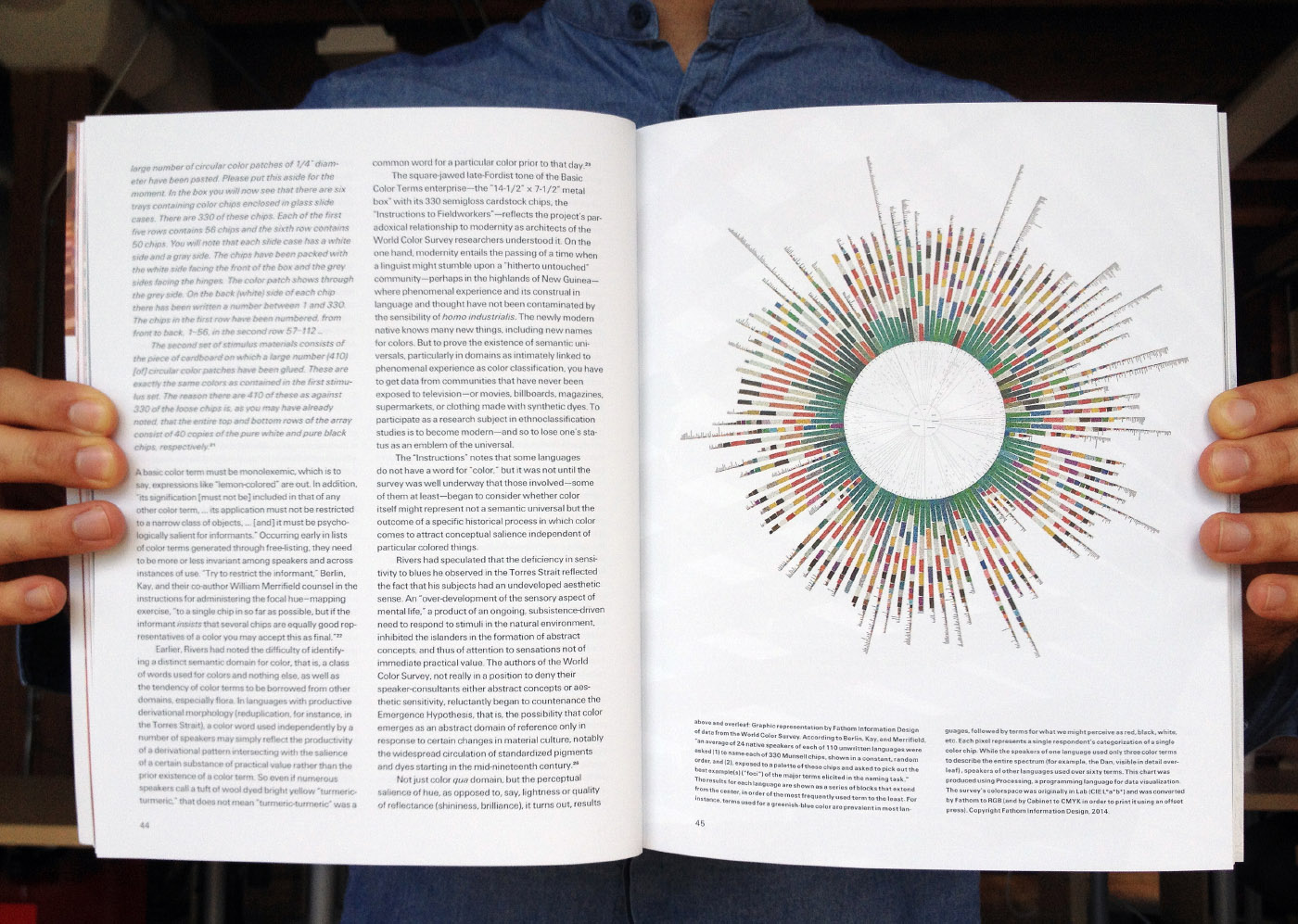 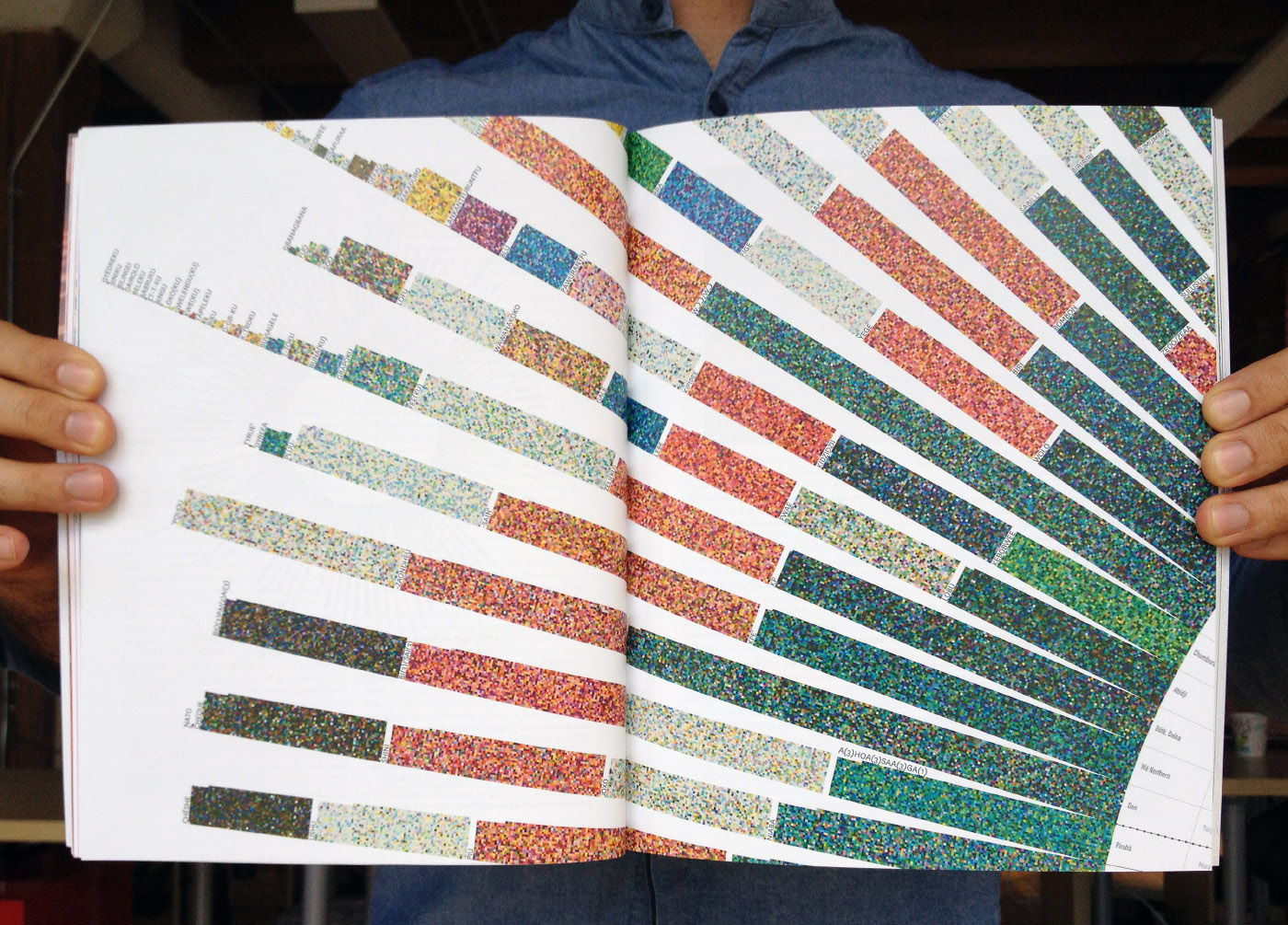