k
n
t
Katy
02114
Fathom moved into new offices in September, from temporary space in Cambridge across the river to a beautifully restored cigar factory on Cambridge Street in Boston. The large copper sign on the front declares it to be the PUFFER'S BUILDING, and it sits at the edge of Beacon Hill, one of Boston's oldest neighborhoods.

These streets have been here in some shape or form since colonial times, so when the time came to update our website with a new map, it seemed like the perfect opportunity to do a little digging into the rich history of this place. Our efforts turned up a treasure trove of maps of this region over the last three hundred years, and we've collected a few of our favorites here.

This map shows Boston in the decade leading up to the American Revolution. The land where Back Bay currently sits hadn't been filled in yet, and Boston was connected only by a small isthmus called the Boston Neck. The bridge that crosses the Charles to become Cambridge Street was not built yet (that came in the 1790s), so the primary ways of getting to the mainland were to ride south across the Neck to Roxbury, or take a ferry north to Charlestown. Less than ten years after this map was made, Paul Revere famously used lighted signals — "one if by land, two if by sea" — to alert the patriots to which of these two options the British troops would take to subdue Concord. 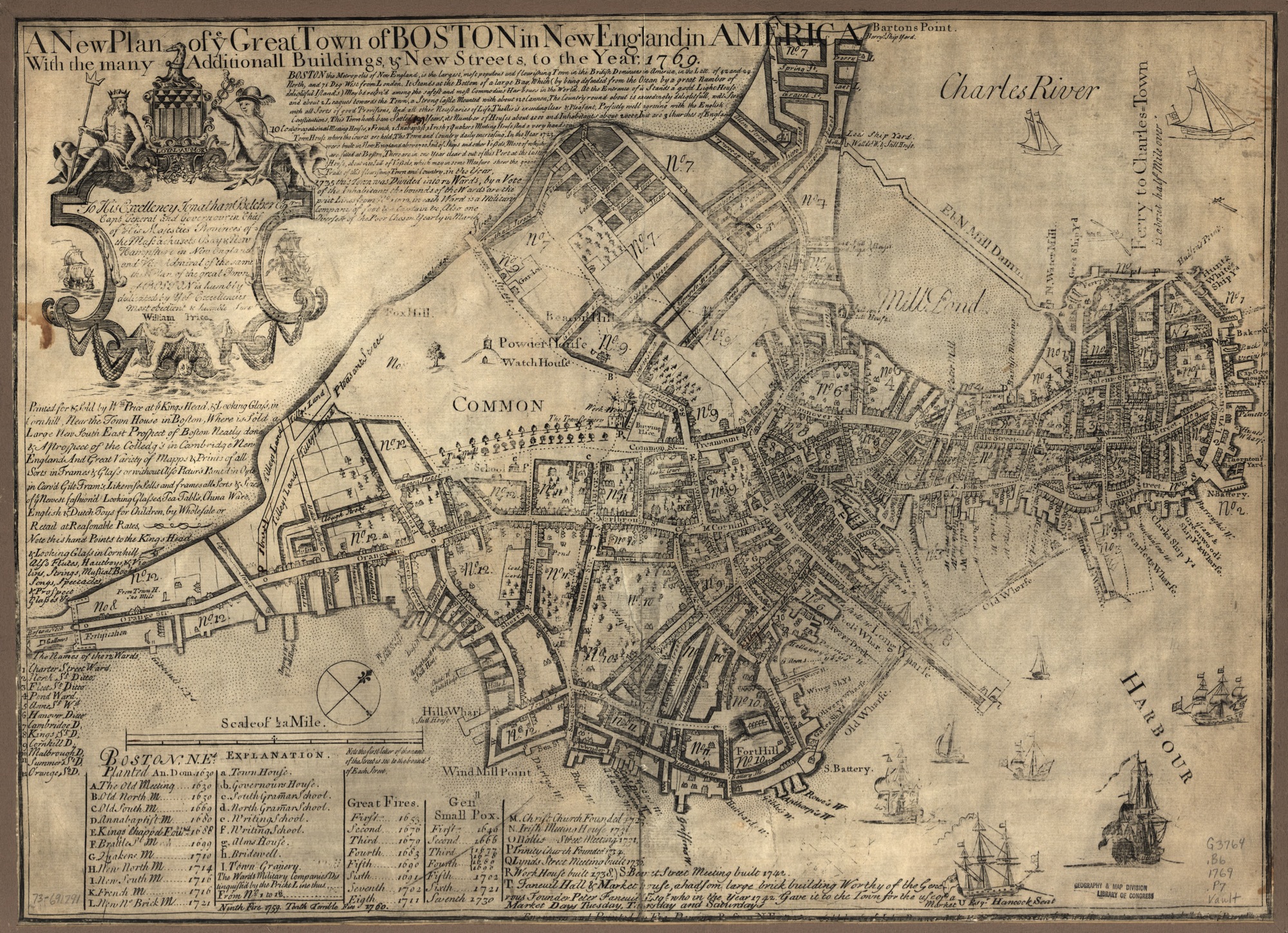 Boston and Charlestown and Roxbury [1852]

Next up is this gorgeous map from 1852. The areas we now know as the Charles River Reservation, the West End, the Financial district, and Chinatown have all been filled in, and you can see that the predecessor to the Longfellow Bridge has been built, connecting Cambridge Street to its namesake. 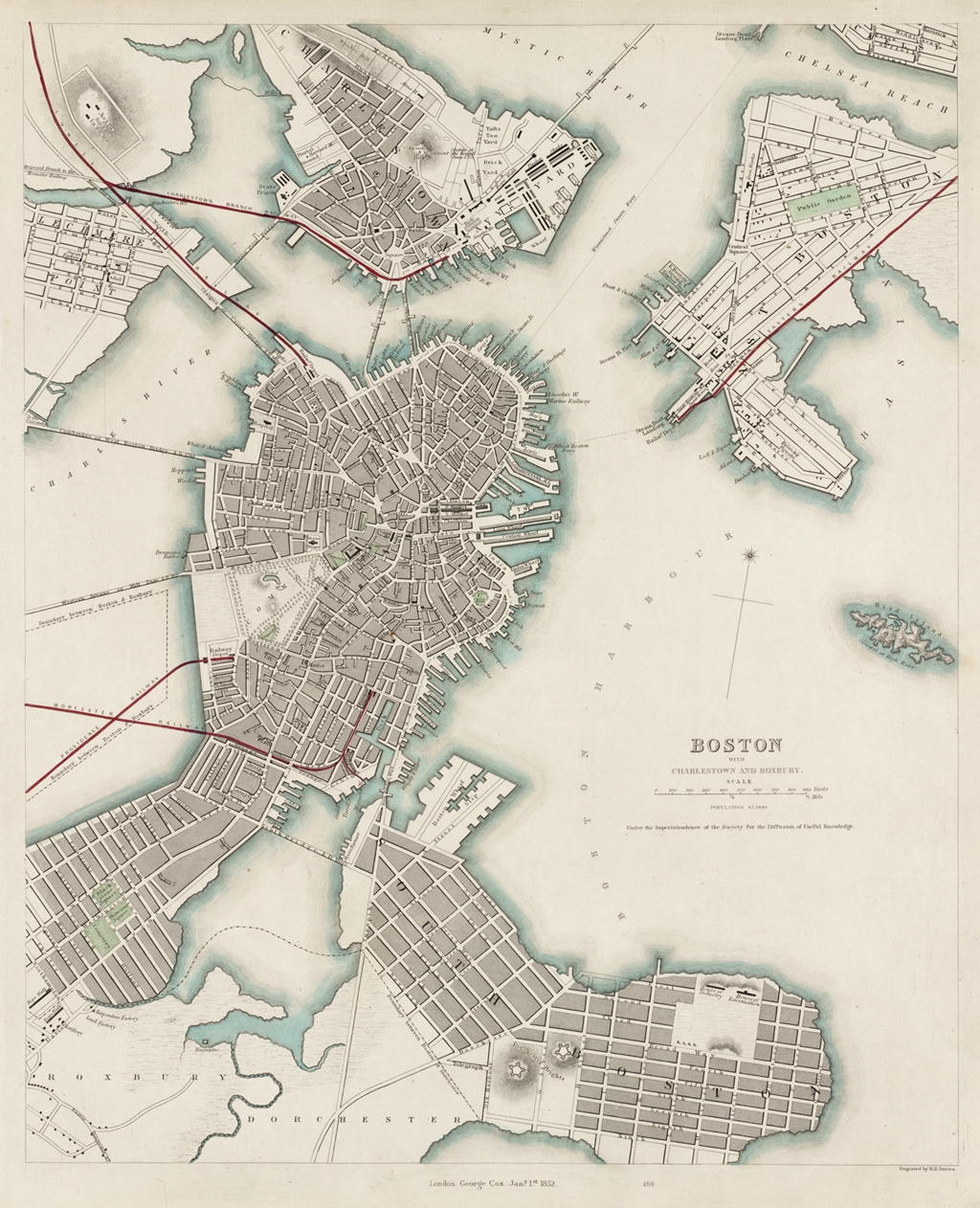 By 1880, the modern footprint of Boston had emerged out of what had previously been salt marsh. The last to be filled in was Back Bay, which records show took nine train cars full of gravel arriving every 45 minutes for almost fifty years to complete. This map shows the original shoreline from 1772 with the modified shoreline overlaid on top.

Map Reproduction Courtesy of the Norman B. Leventhal Map Center at the Boston Public Library.