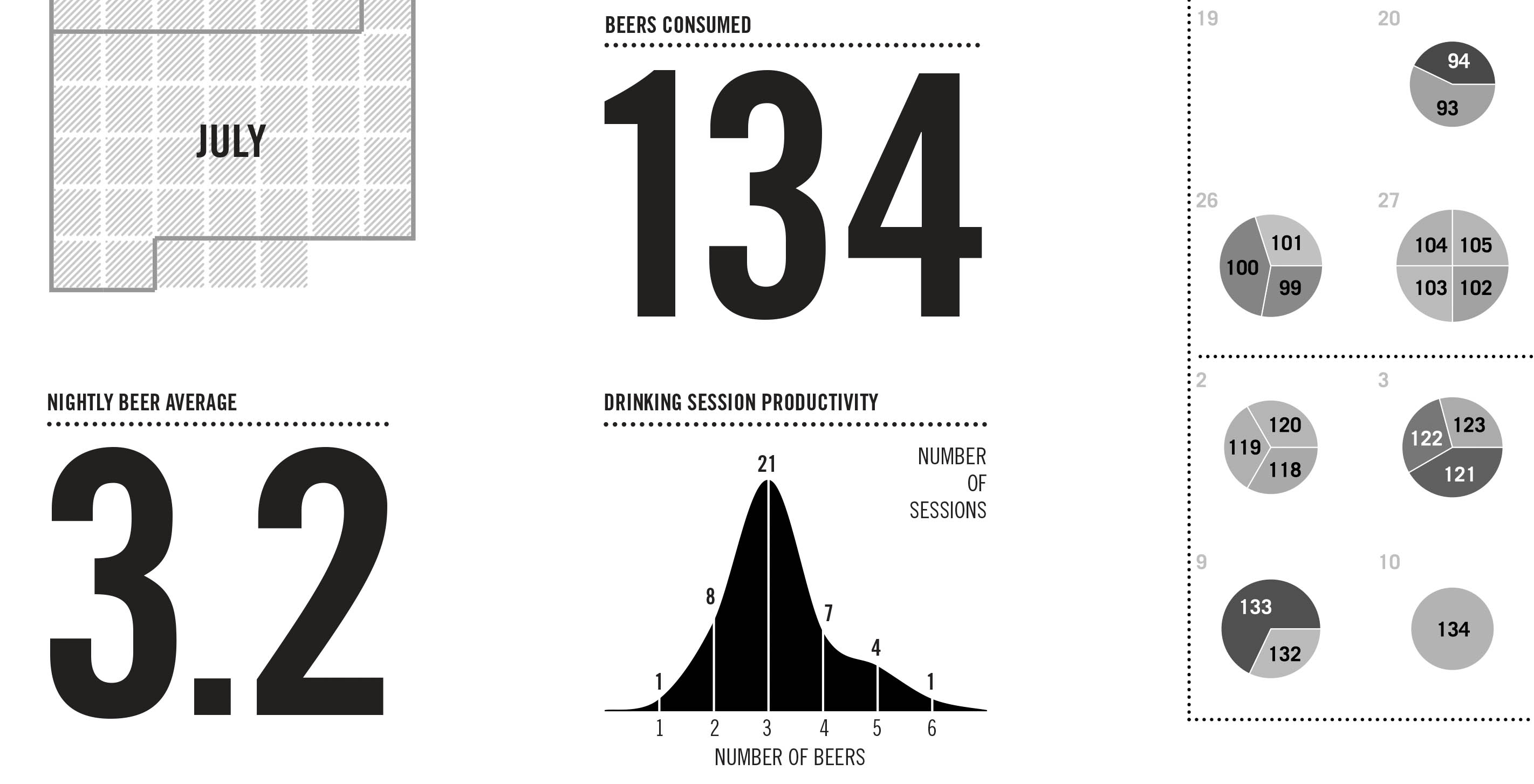 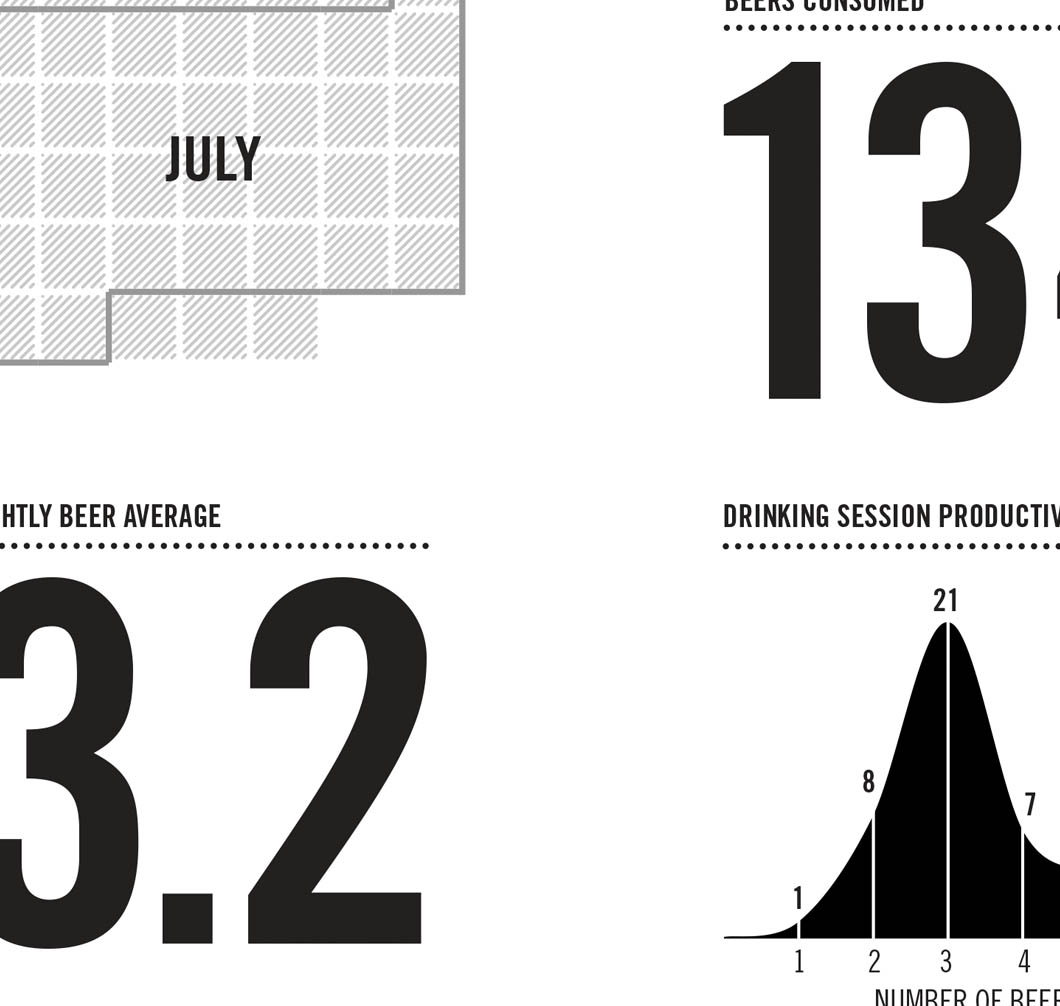 k
n
t
Chris
My months of self-monitoring
The final month of 2011 was approaching and I was brunching with a friend in Inman Square. We hadn't seen each other in a couple of weeks, so we spent some time catching up. At some point in the pedestrian conversation, we both remarked on the importance of having health goals. Both of us would be turning thirty in 2012 and wanted one last stab in our twenties to get into peak physical shape. We both had been rock climbing for years, but had recently struggled with a lack of motivation. We needed a game plan. I reached back into my childhood of growing up in the dirty south and latched onto some lessons learned from a rich history of riverboat gamblers–we would need to hedge our bets if this was going to shake out. But how exactly?

I stared blankly at my friend as we sat in awkward silence. A couple of minutes passed and then suddenly a flash of brilliance: the answer was right under my nose and had been filling my nostrils with a beautiful hoppy bouquet for the last fifteen minutes. What's more, we were sitting in the mecca. The plan emerged. We were simultaneously going to climb harder than we did as teenagers and drink as much beer as possible. If we couldn't achieve our lofty climbing goals, we would at least have a chance at our drinking goals.

On February 6th 2012, we sat down at Bukowski's Tavern in Inman Square, the same place where we had devised the original plan, and kicked off our quest to join the Dead Author's Club. For those of you unfamiliar with the challenge, the rules are relatively simple. You have 180 days to drink 134 bottled beers. They range from 12 oz. domestics to 25 oz. Belgian quadruples. If you complete the challenge within the allotted time, you are awarded with a mug with the name of the dead author of your choosing–good for a lifetime of discounted draft beer.

Like any other health challenge in my life, I took this one seriously. I rigorously collected detailed notes about what I drank and when, inspired by the recent trend in self-monitoring.  Meticulously, I studied the annual reports produced by Nicholas Felton for design inspiration.  And I drank.  Aggressively.

And without much further ado, I present you an infographic about beer or as I like to think about it, a beerfographic: 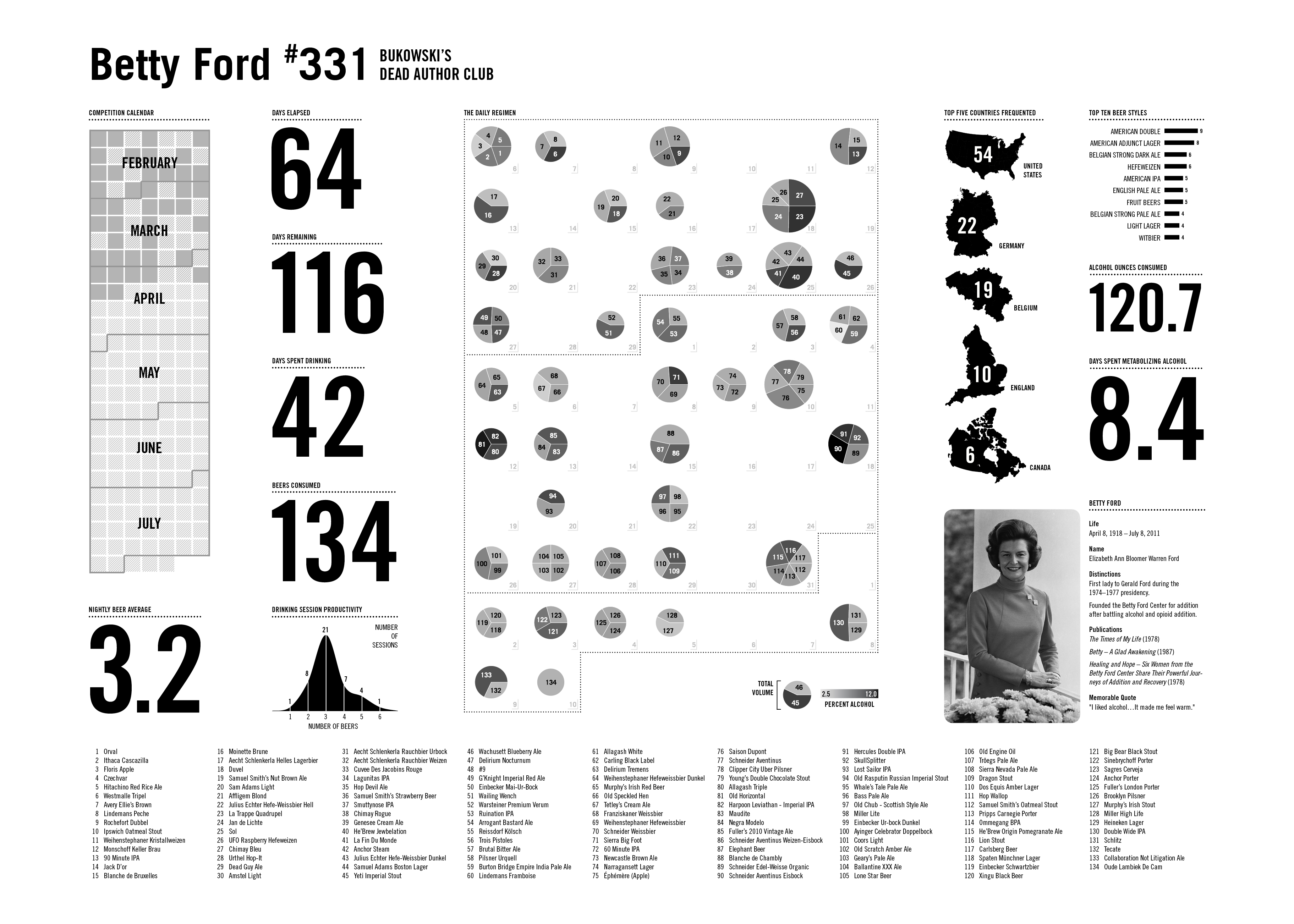 So if you feel compelled to take on the challenge yourself, just remember one thing: you will be spending a lot of time with the bartenders at Bukowski's. They will get to know your face and, more importantly, your tipping habits. Remember, the challenge is an investment in your health.