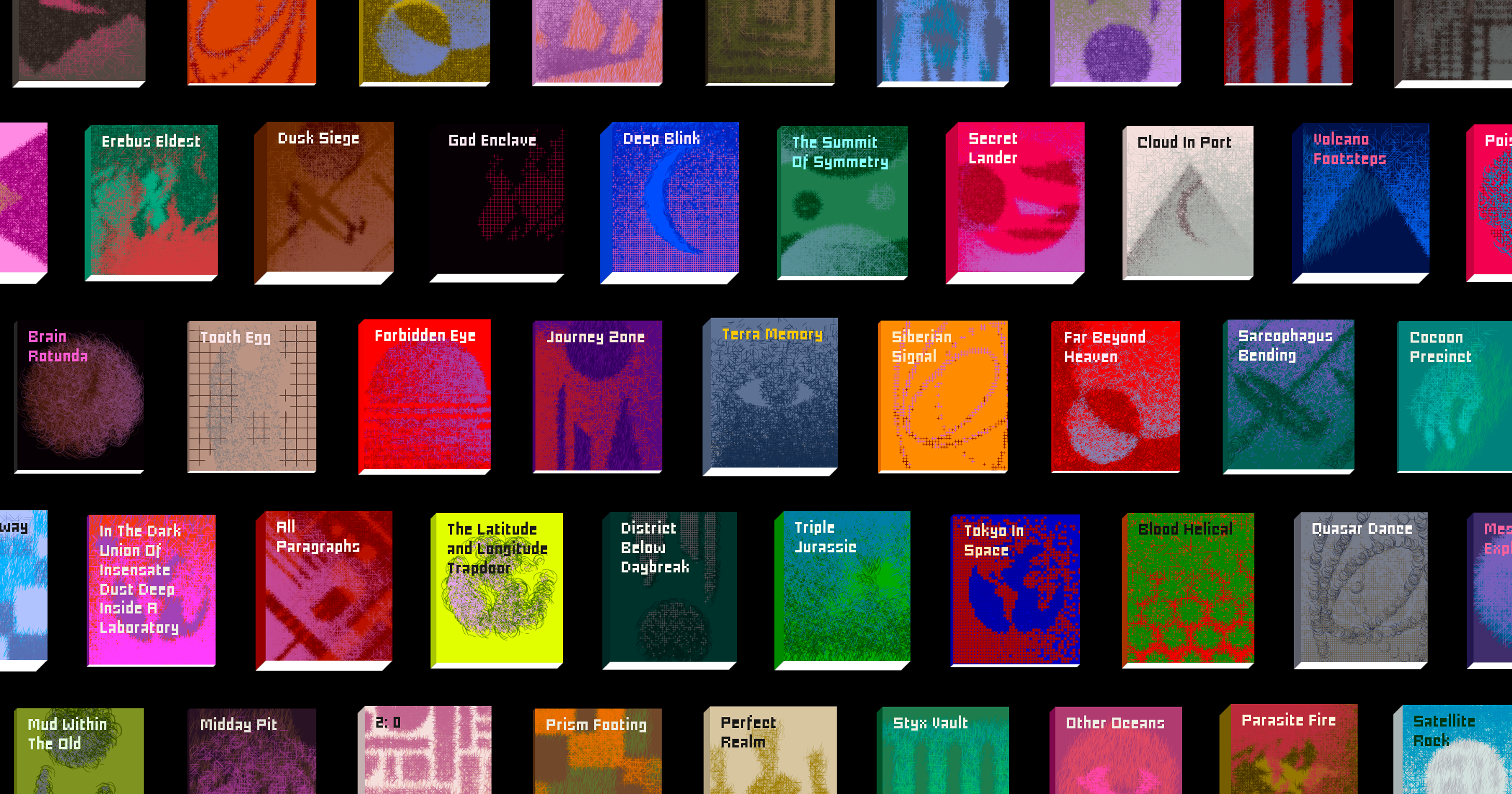 k
n
t
Paul
Generative book covers
This side project is an exploration of lo-fi generative art. My initial idea was to spin up titles for speculative novels  —  a serendipity engine for an imaginary bookshelf. Often, machine learning is used to mimic style and syntax when working generatively with text, but I was curious to see where a looser and less sophisticated process might lead.

I assembled basic word lists along the lines of space opera and fantasy themes, then pulled those elements into a Processing sketch to remix the words, a lot like refrigerator magnet poetry.

Through iteration, I found that I got much better combinations by not trying to optimize the grammar. Titles that read less like complete sentences or phrases felt like they had gone through an editing process and been whittled down to a punchier statement. Sometimes poetic or mysterious, sometimes pretentious, contrived and often a lot funnier.

I applied a similar strategy to making backgrounds for the covers. I had considered using the content of the titles to generate images or matching up the word lists with visual concepts. But I thought it would be fun to match the looseness of the titles. I created a small set of drawings that fit the overall mood and treated them like the text fragments, pulling them into the design without trying to categorize or analyze them.

As each cover is drawn, the images are reinterpreted illustratively through loose layers of color to build up an original composition.

It’s fascinating how words and images have this magnetic relationship. Just slapping them together starts to suggest imagined characters and plots, or an alternate universe, because our brains are eager to make sense of the pairing of the title and illustration.

My next step for this project is to generate a bunch of 1-star reviews from people who bought these books and absolutely hated them.