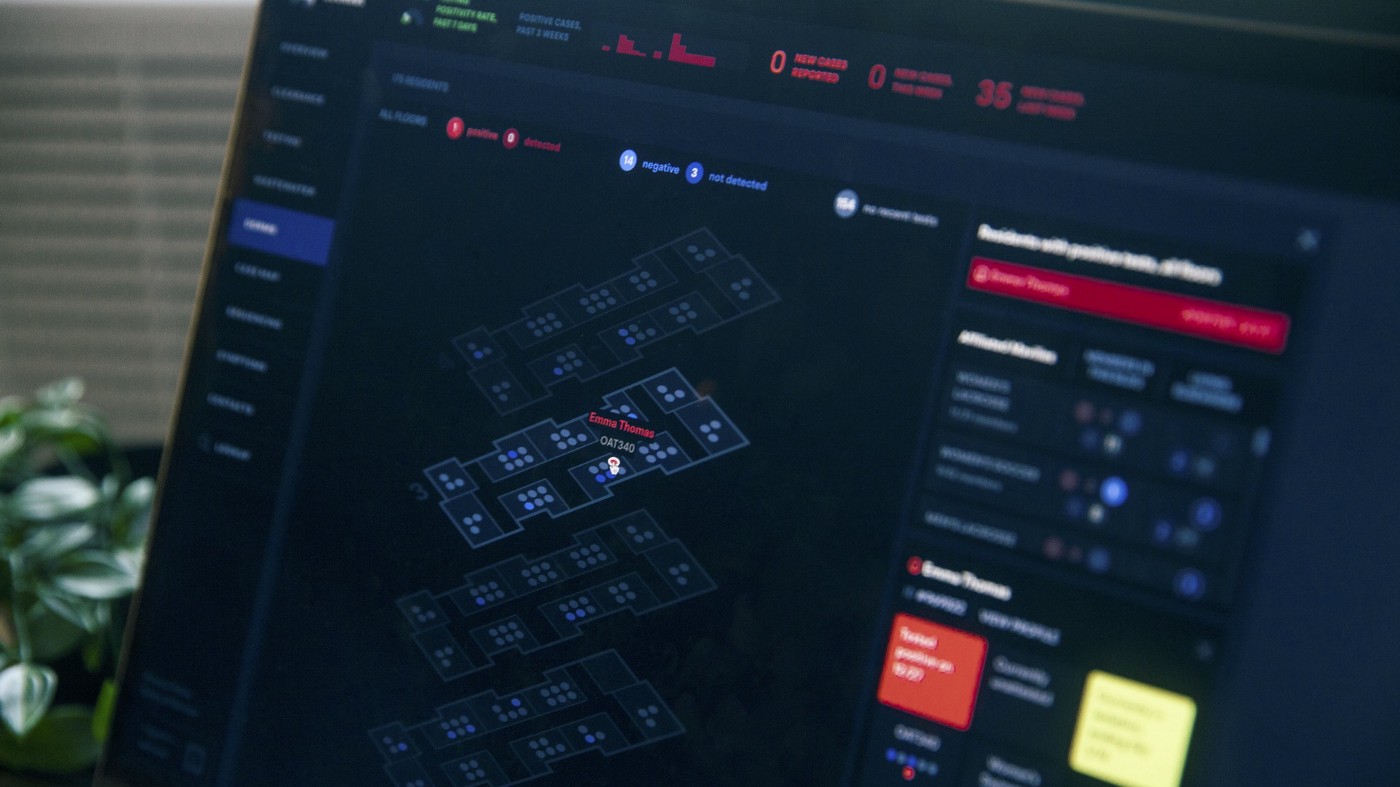 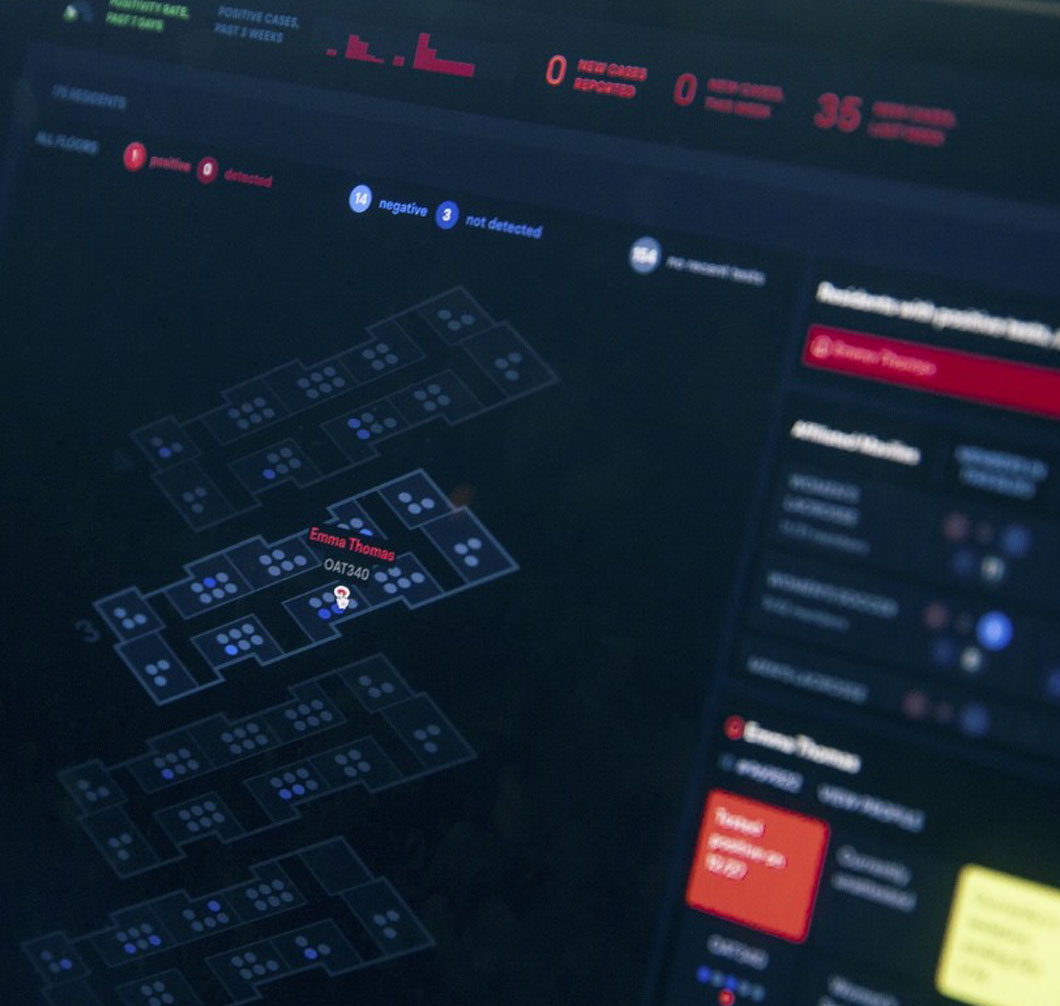 k
n
t
Ben
Building Tools for the Next—and the Current—Pandemic
For years, Pardis Sabeti has tried to get funding to build the necessary tools to mitigate the “next pandemic.” On the front lines of the Ebola outbreak in 2014, she saw firsthand all the ways in which institutions and infrastructure broke down. Most simply, the time to act is not during a crisis — when people are frightened, institutions are stressed, and the day-to-day is itself exhausting. The results are predictable: a haphazard response, money suddenly flowing to all the wrong places, and substantial inequities where the vulnerable become only more so.

But funding was slow to emerge, despite her academic and scientific credentials as well as her high-profile advocacy in the form of widely seen talks and even being named a Person of the Year for her Ebola work. Always determined, she wrote a book that detailed how “common threads of dysfunction run through responses to epidemics” grounded in those experiences, and offered detailed solutions for the way out.

As an old friend and longtime collaborator, we’ve been part of these grant proposals for many years — a full frenzy since that Ebola outbreak, but the story was the same for MERS, Zika, and others. A spike of public interest and funding, but once out of the headlines, infectious disease in the U.S. is forgotten, or at least relegated to the mild discomfort of yearly flu shots.

And then sometime in the first month or two of 2020, funding finally came through — in the form of the Audacious Prize, on the eve of COVID-19 being declared a pandemic in March.

What was envisioned as a deliberate, thoughtful, five-year effort to prevent “the next pandemic” suddenly became, “OK, what can we do… this week?”

So for the past eighteen months, we’ve worked to balance long-term, global considerations while not ignoring what’s currently happening locally. A hugely positive aspect of this is that it prevents the problems from being too abstract: it gives us specific audiences and issues to address, but on the other hand, wow… it’s a lot.

Since last March we’ve been building pieces of the platform, and back in May, the version we’ve been running at Colorado Mesa University was written up in The New York Times in an amazing profile that connects all the parts of how a system like this needs to work—it’s not just software, or testing, or policy, but starts with how people are going about their day-to-day, and figuring out the best tools to support their new normal: from students doing daily check-ins to the vice president of the university suddenly needing to become a domain expert in virology and infectious disease. 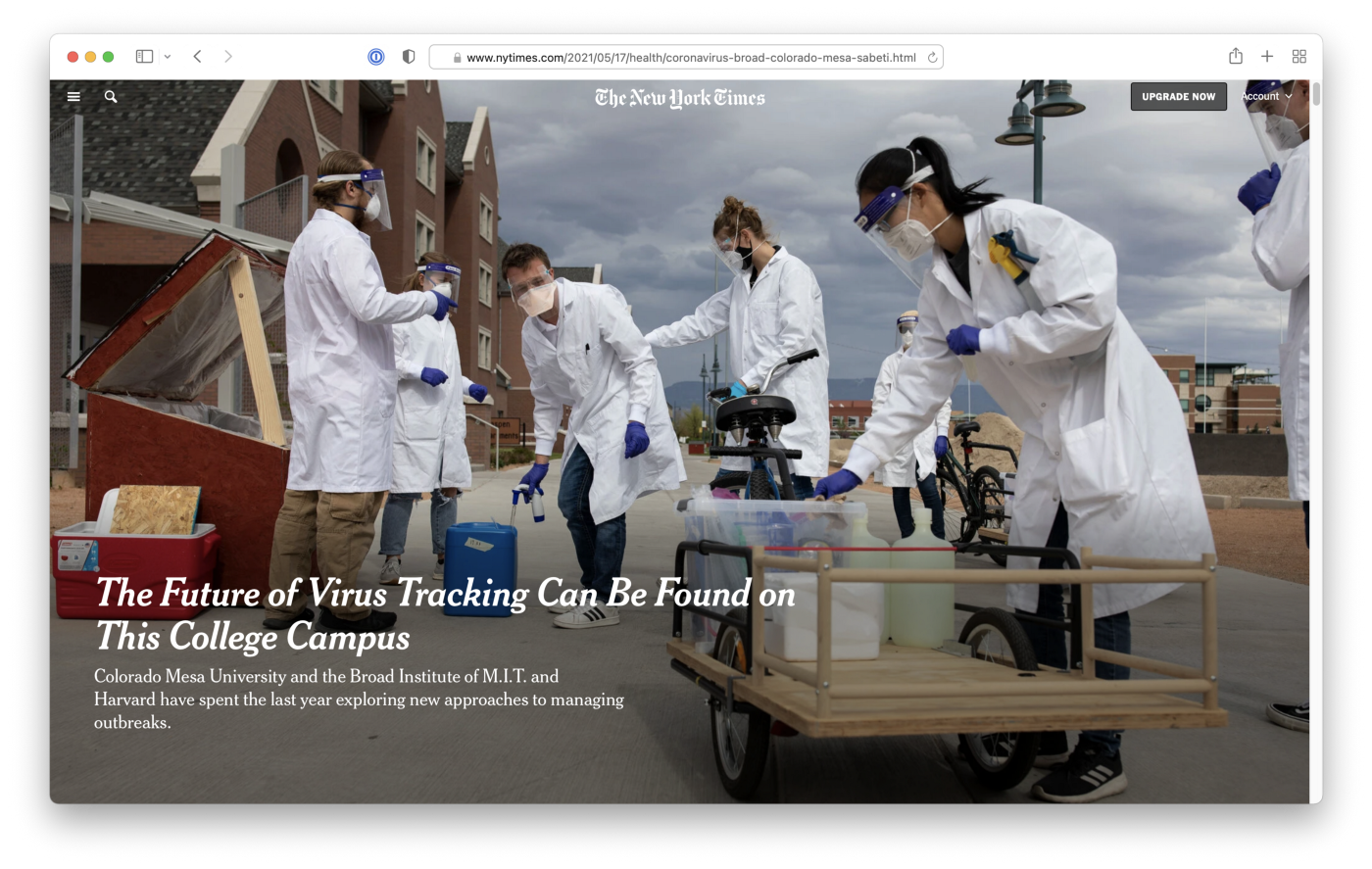 For me, it was especially nice to have the piece out there so that our family and friends had a better look at where we’d been for the previous several months—what all those Zoom calls were about, what the long hours were for, and whether it was all getting somewhere.

Working with Colorado Mesa has had so many interesting side stories: late in the fall, we developed a custom check-in system for their graduation day so that parents and loved ones could safely attend, coordinating test results being returned in real time with individual attendees. We love this sort of rapid problem solving, which had us turning the project around in just a week or two. But aside from an interesting challenge, our motivation was for the students, who come from a wide range of backgrounds, and many of them were the first in their family to graduate from college. 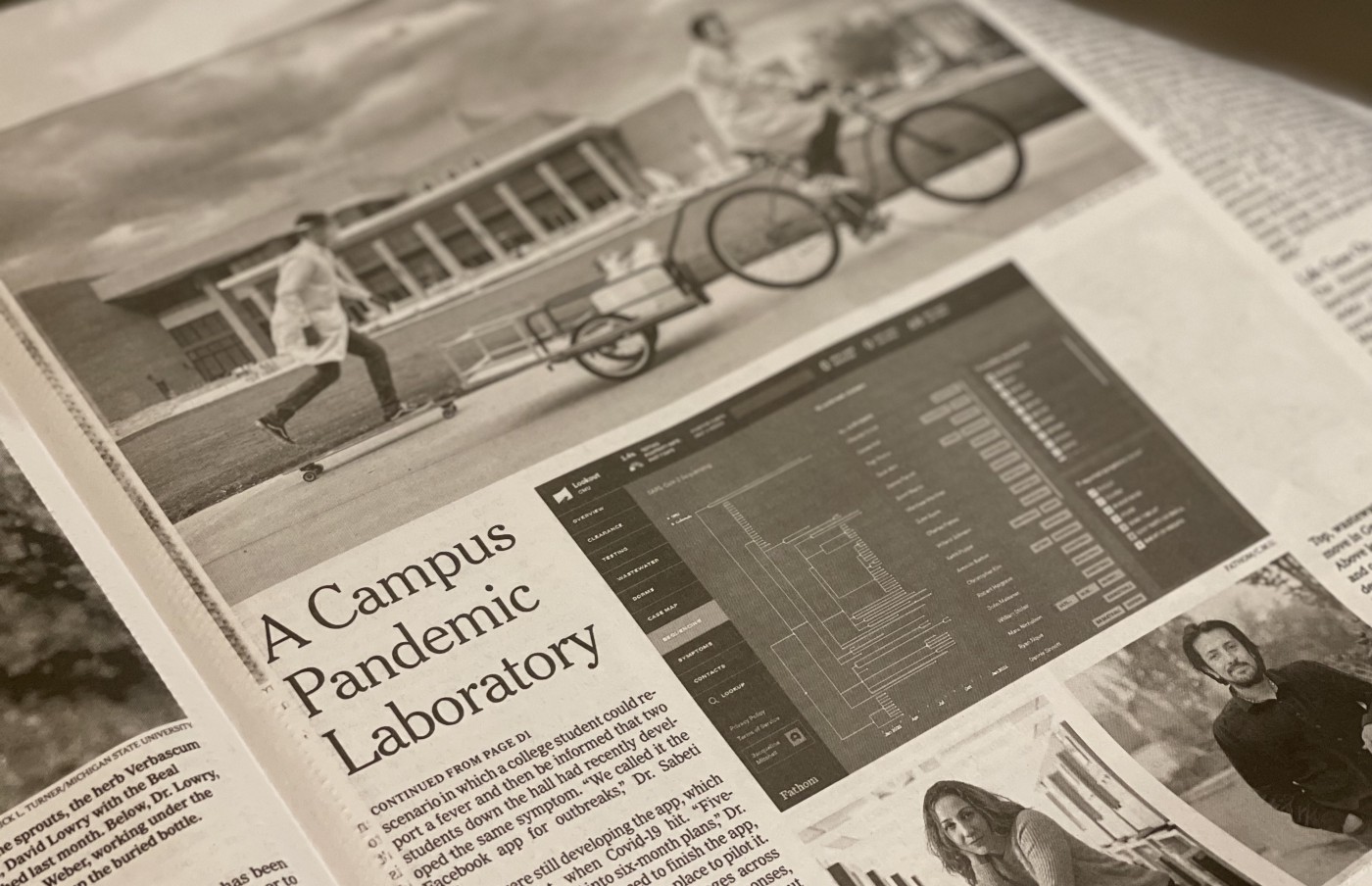 The project has continued this summer and fall, as we begin work with the Sentinel partners in Africa, a very large university here in the States, and are speaking with other public health, government, and educational institutions who are ready to replace the tools they’ve cobbled together over the last year with something that makes their information more usable and accessible.

We even built a version of the software to support daily check-ins for the crew and critical team members in support of the SpaceX launch last week.

This is an atypical project for its length—the longest we’ve worked on in Fathom’s history—but it’s a remarkable thing to be engaged on something so immediately relevant. It’s been a massive challenge, but at the end of the day, great to be working with old friends on things that matter.

Interested in this sort of challenge? We’re hiring in Boston! While we’re mostly working remotely at the moment, we’re looking forward to being back in the studio together sometime soon.