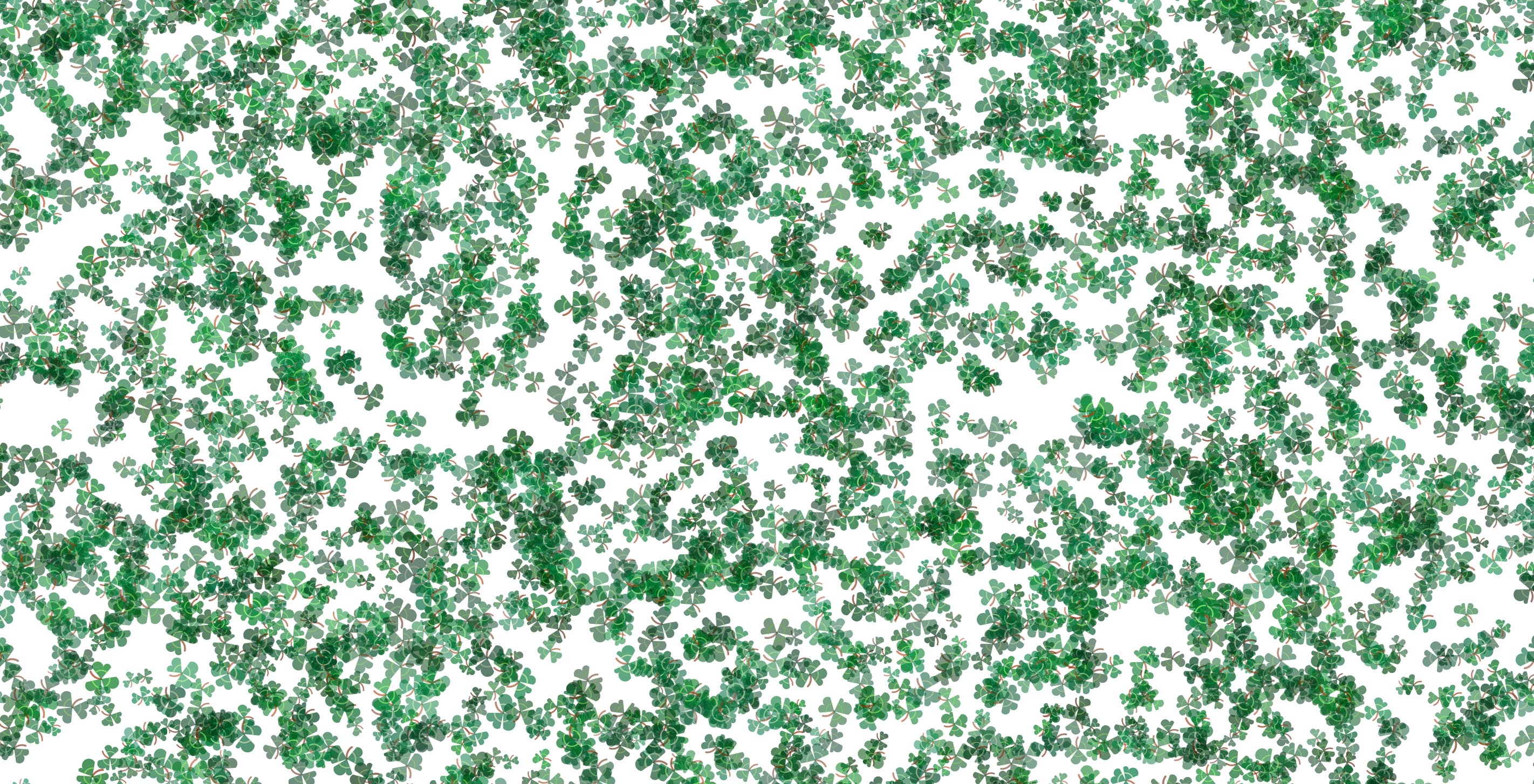 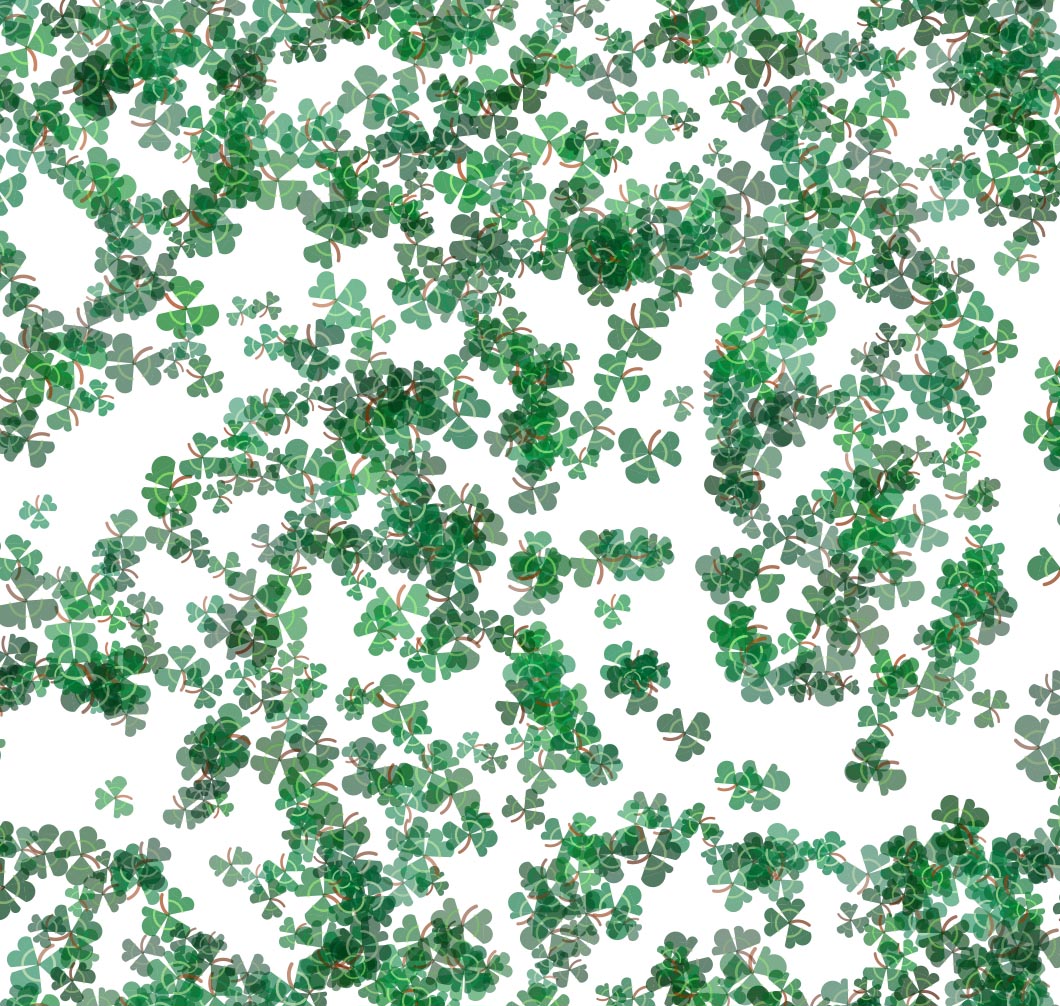 When Arts for Hearts asked Chris to make something for their annual charity, we decided to elaborate on a previous sketch that Chris made for fun.

The work on 9,999 + 1 began as we were working on a project about genetic disorders and realized how hard it is to genuinely relate to incidence — is one in ten thousand quite likely or really rare? For a happier context, we turned to plants.

A four-leaf clover grows for every 9,999 with three leaves. Yet, as with other anomalies that catches our attention, it’s easy to think they are more common than they are.

We wanted to make a piece that exemplified the probability of finding a four-leaf clover in a field of clovers (1:10,000) and at the same time had an emergent pattern. After sketching out ideas for a bit, we decided on a grid-like pattern where the word "luck" would emerge from a field of clovers.

Here is Chris' report on the process: 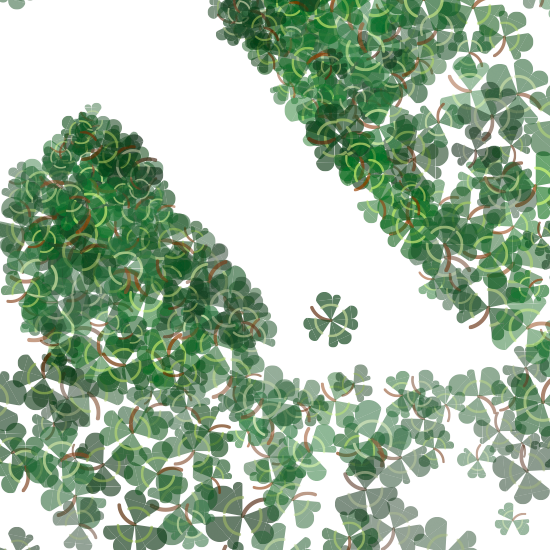 A simple particle system for each letter made the word "luck" emerge out of a seemingly random field of clovers. Bitmapped images of the letters initialized the clover particles and constrained their final states.

As the clovers converged, the letters built vertically in individual frames. Finally, we assembled the tiles for multiple letters in InDesign to get a final layout. This wasn't the end of the story, but really the beginning of multiple iterations that yielded a final design.

Some early sketches and late prints. 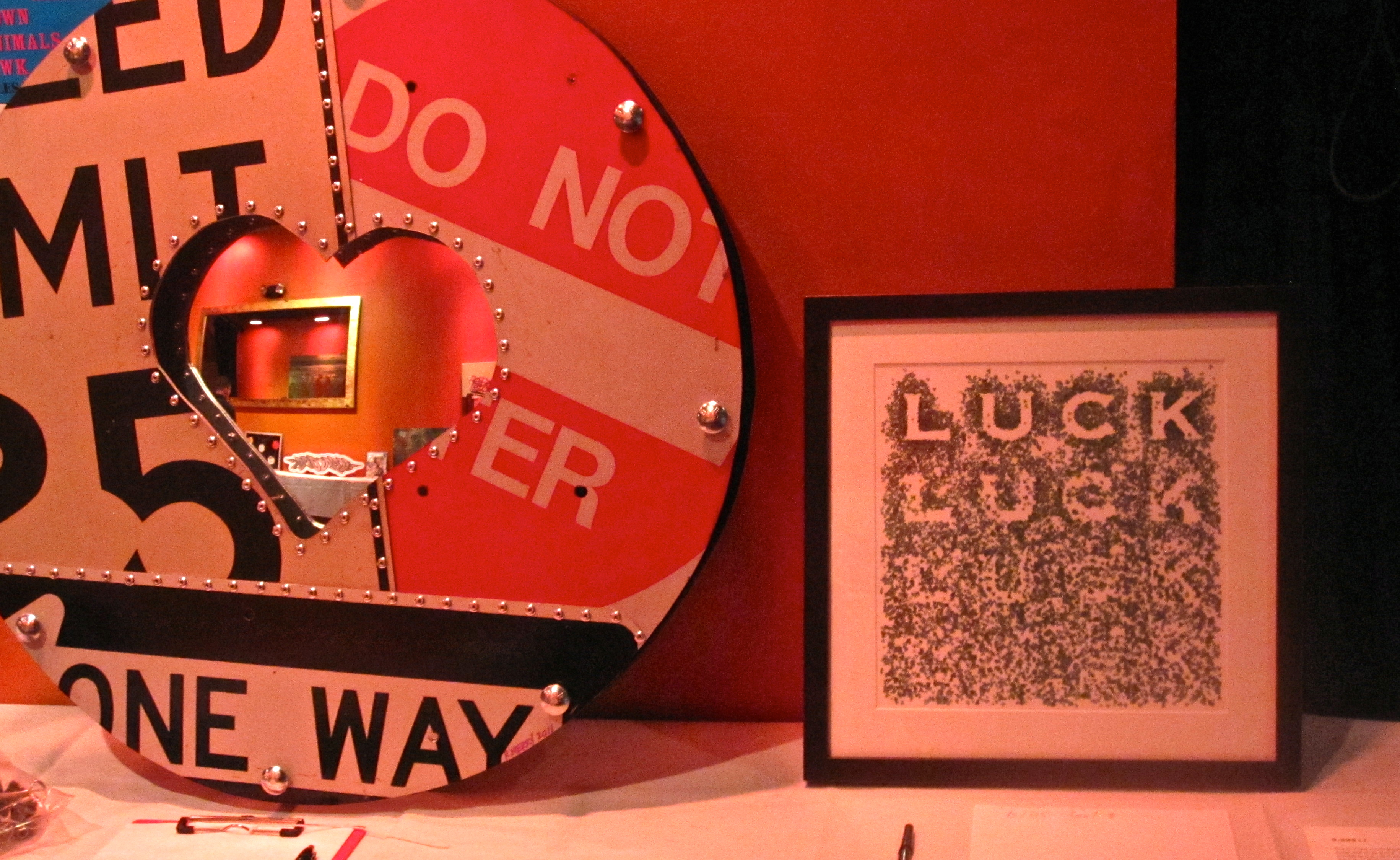