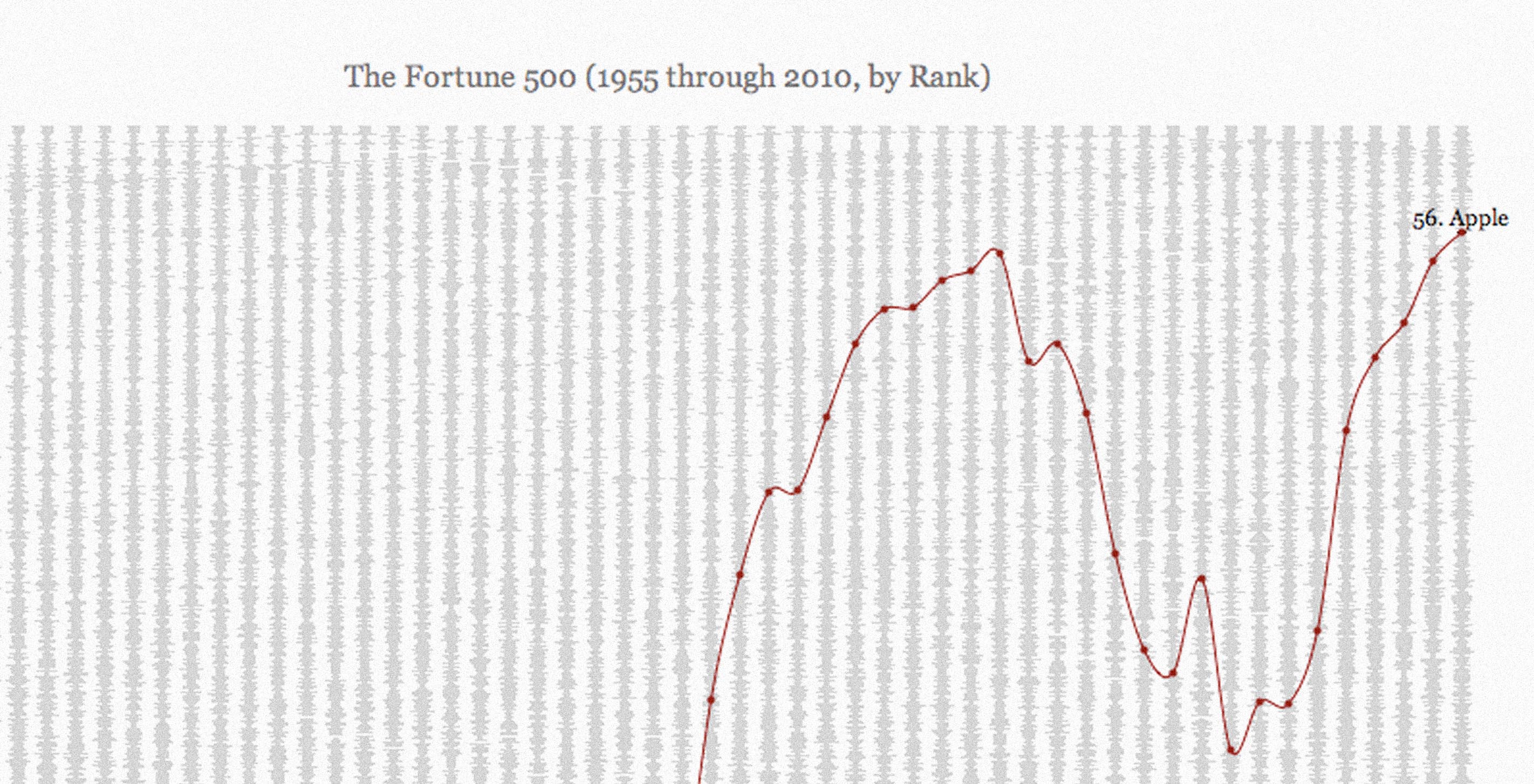 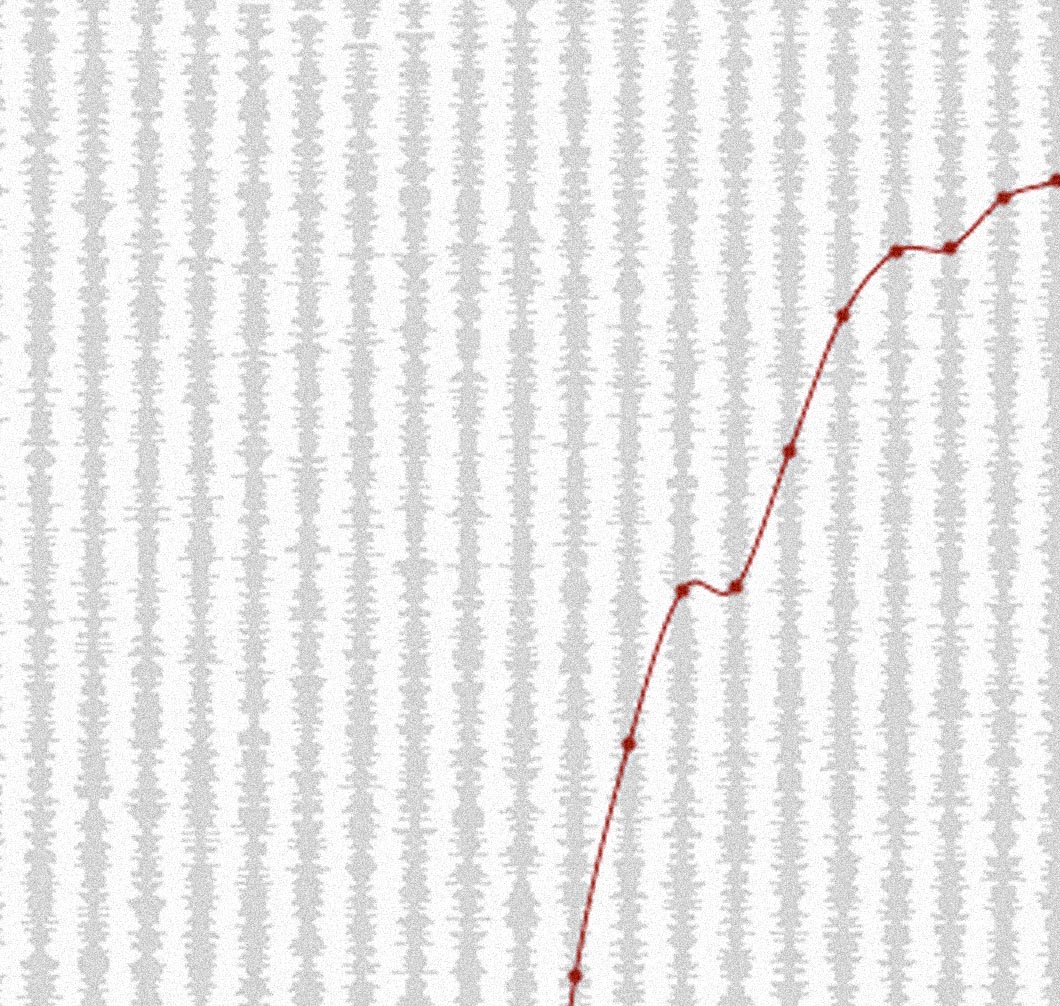 k
n
t
Ben
Changing Fortune
This sketch started as something I wanted to build using the Fortune 500 ranking data, out of curiosity about the rise and fall of companies in a (subjective) editorial ranking. 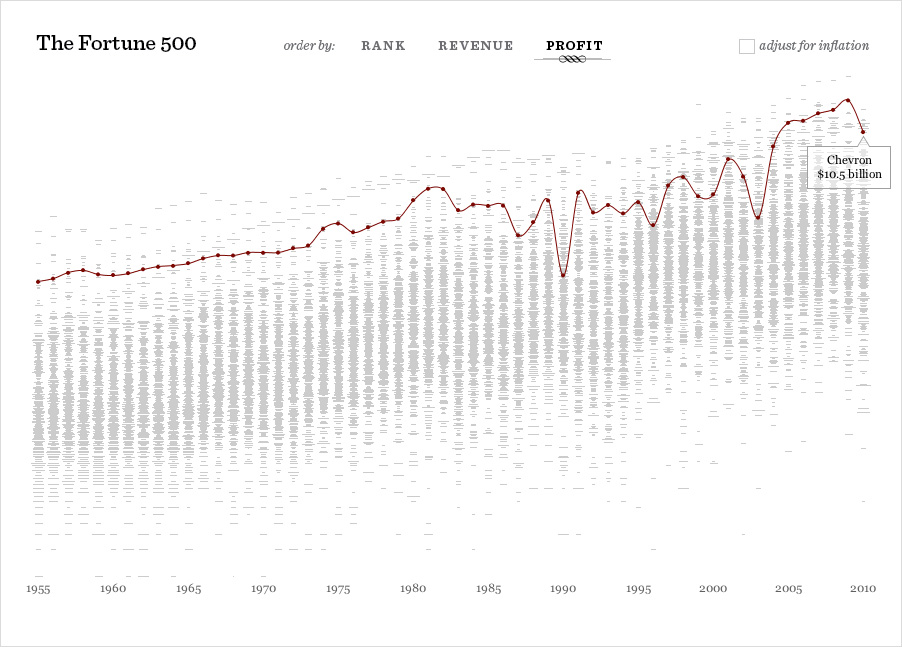 I did most of the work while taking the train down to New York one morning, and since then have spent a couple hours here and there fixing it up further. Since it's a sketch piece, it's not perfect, but it's a fun example of how you can interact with a really large amount of data in a very fluid manner.

Additional details for the curious: