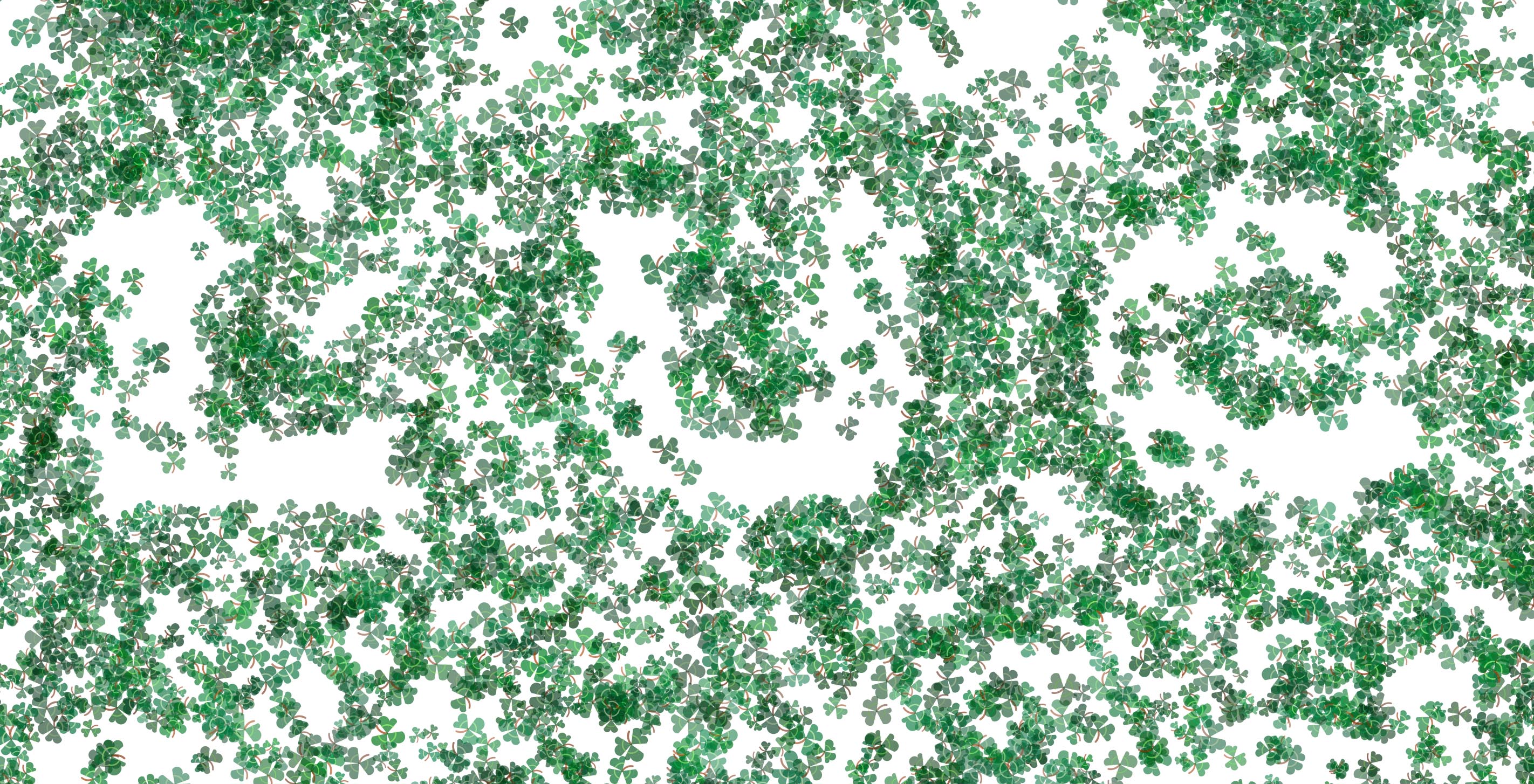 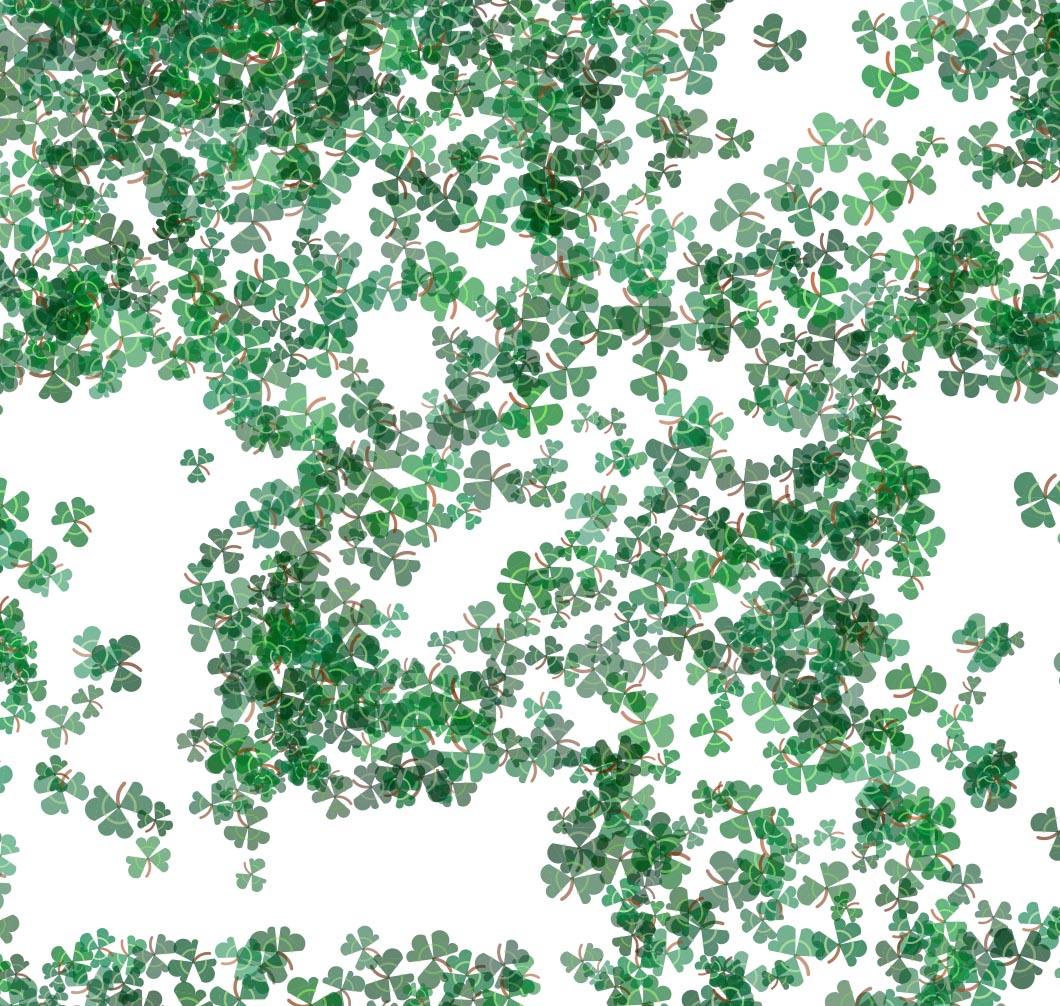 k
n
t
Eva
How special is special?
What does it mean to be one in ten thousand? If this was the incidence of, say, blue skin — am I likely to encounter a blue person in my lifetime? Would it happen once? Many times?

I find it hard even to envision a crowd of this size. I can see thirty. That’s a school class, bunched together for some awkward activity like a photo shoot. I have a decent idea of what 200 people in a lecture hall look like. I know I have seen close to 20,000 people in one space at the Boston Garden. But even so, how relate “one in ten thousand” to my hopes and fears? No clue.

One in ten thousand is the incidence of a four-leaf clover. I never found one, but doing so seems likely to me. If I sit in a patch of clovers — I look.

So why is this? The properties of clover play a role, of course. Clovers are smaller and move around less than humans, they come in only two kinds (clover with four leaves and clovers with other number of leaves) and are visible to the eye. But my illusion of ease for finding a four-leafer, has probably more to do with this Google image search for “clover”… 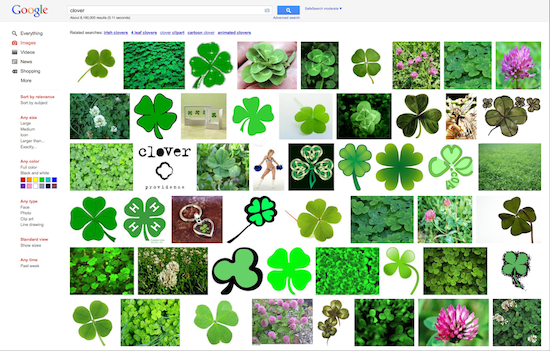 The ubiquity of images and stories of the four-leaf clover makes them seem likely. Just like celebrity-ridden media makes teenagers believe they are likely to grow up famous (rare) and drama-drenched features on child abducting strangers (even rarer) make parents afraid to open the door.

Most narratives focus on the crisis and the exceptions. This shapes the common idea of the world in more subtle ways than “the world is bad but I will win the lottery.” (While in reality, in America, things are getting harder on an interpersonal and financial level, while the world is getting less, not more, violent). In the book Four Arguments for the Elimination of Television, published in 1978, former adman Jerry Mander lays out the world view of television viewers, which includes detailed beliefs such as cops and lawyers being much more common real world-professions than they were.

But is it possible to show things in context, more true to the way they are, without putting the audience to sleep? Is it possible to find a sustainable storytelling of the normal? 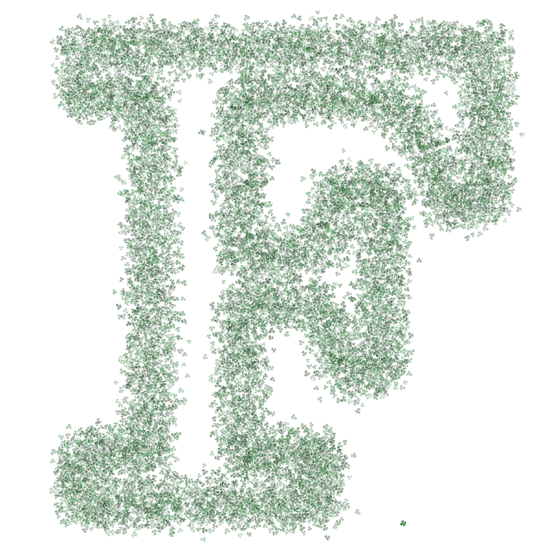