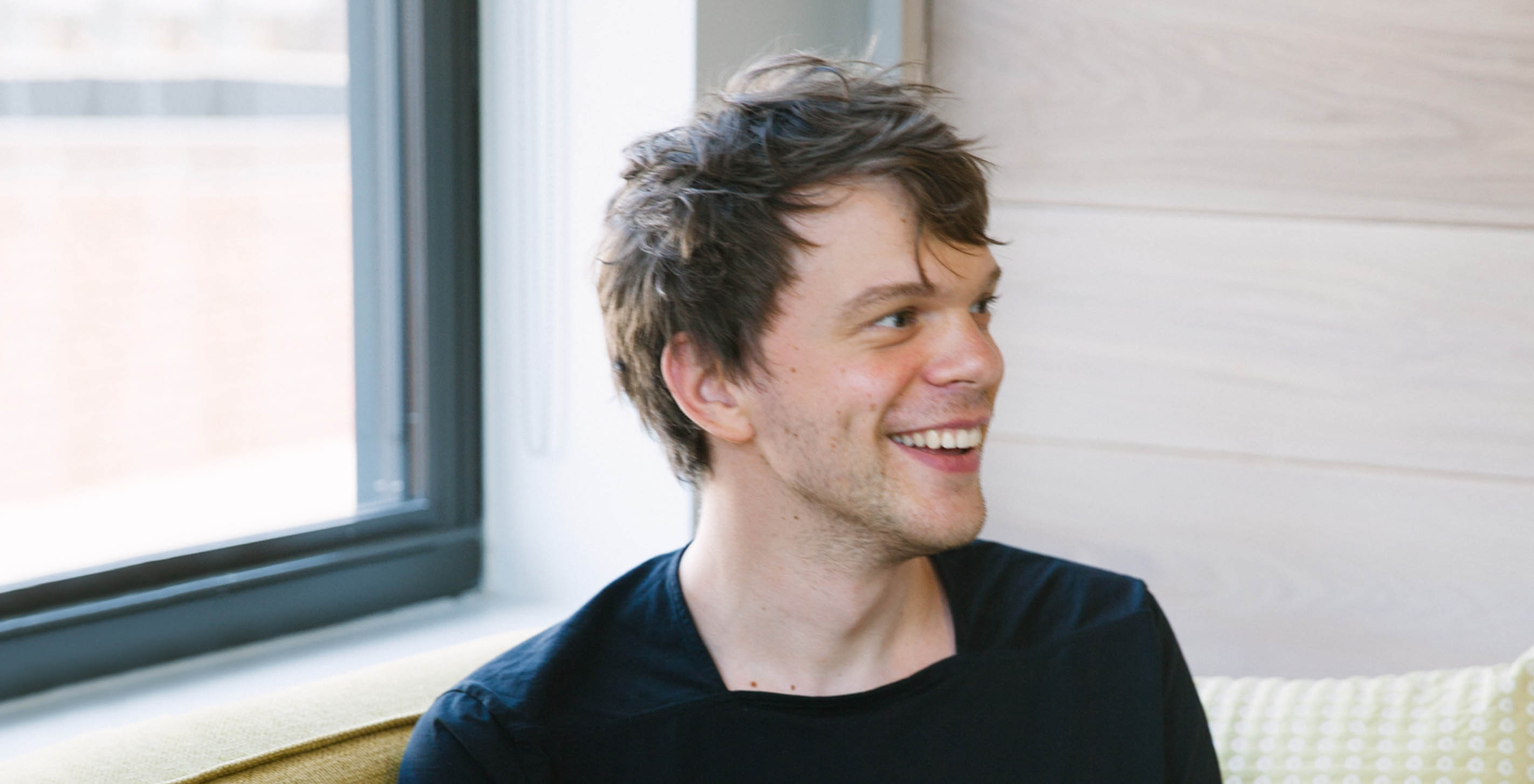 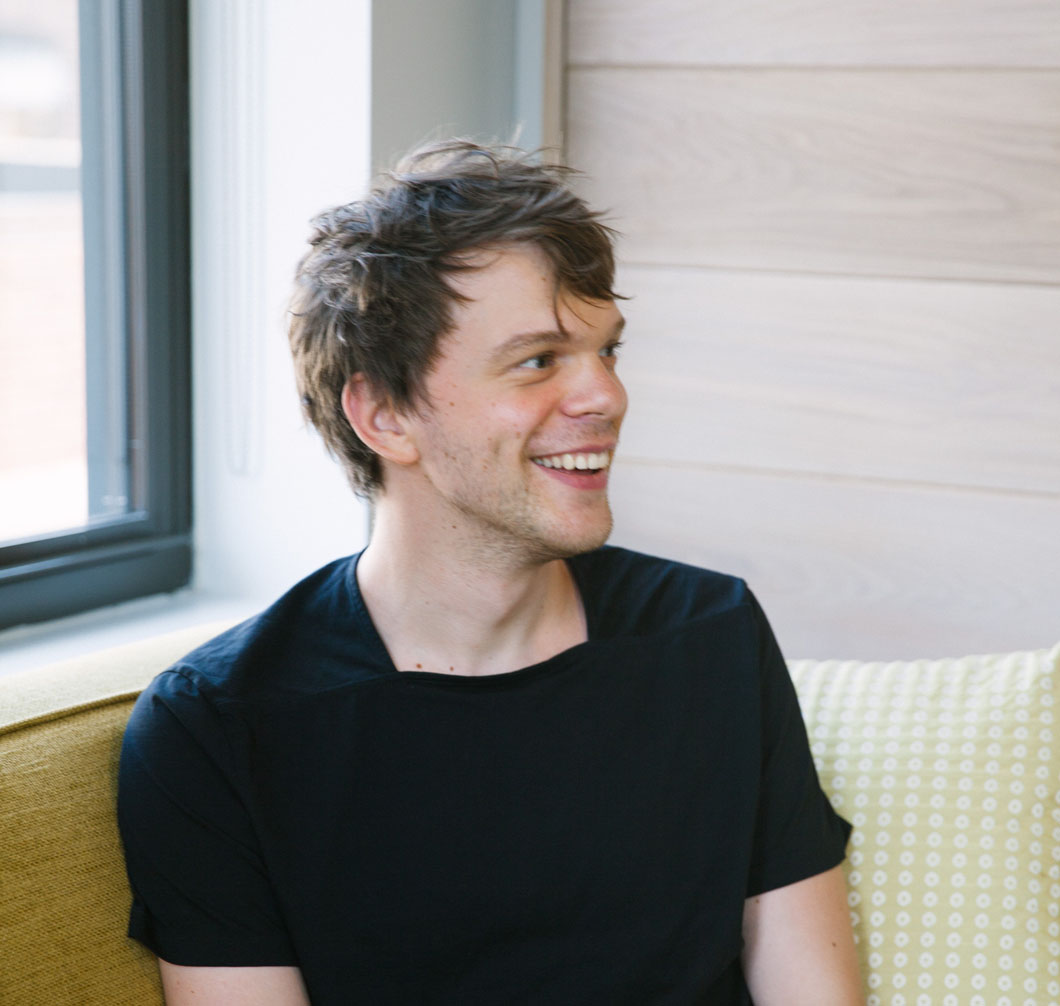 Since the invention of portable devices that are capable of accessing the Internet everywhere at any time, wireless access points and signal strength have become as necessary as heating and electricity. At the same time, the physical and material qualities of the built world remain ever important: warmth, light, and relative proximity to Points of Interest affect our everyday lives, our bodies, and how we operate in cities.

I am a Master of Architecture student interested in computation, and the “One Minute Architectures” project I worked on at Fathom maps sensorial and often intangible qualities in the built world through a digital tracking system and seeks to render them into 3D visualizations. The goal of the project, which is part of my thesis, is to develop a device that enables users to engage in a new reading of their immediate surroundings; they can seek out routes through points of interest, guided by unique sensorial qualities. The mapping of such sensorial qualities seeks to look beyond the material aspects of architecture, and instead find “one minute architectures.” Inspired by Erwin Wurm's “one minute sculptures,” where body positions and poses composed by the artist are performed by the museum visitor to create an ephemeral sculpture, “one minute architectures” are spaces that appear and disappear within the public and semi-public realm of the city throughout the day and that are suggested to a user through a device. They are prerecorded by other users and may include good spots to lie on the lawn, sit in the sun, or find warm shelter for work, often blending public and private spaces and advocating for their alternative uses.

Before joining Fathom, I completed a project with Axel Kilian at Princeton that visualizes environmental change by mapping individual geolocations according to where people congregated most during the day. At Fathom I built on this study, focusing on human input data with factors that can be predicted and calculated in the environment. 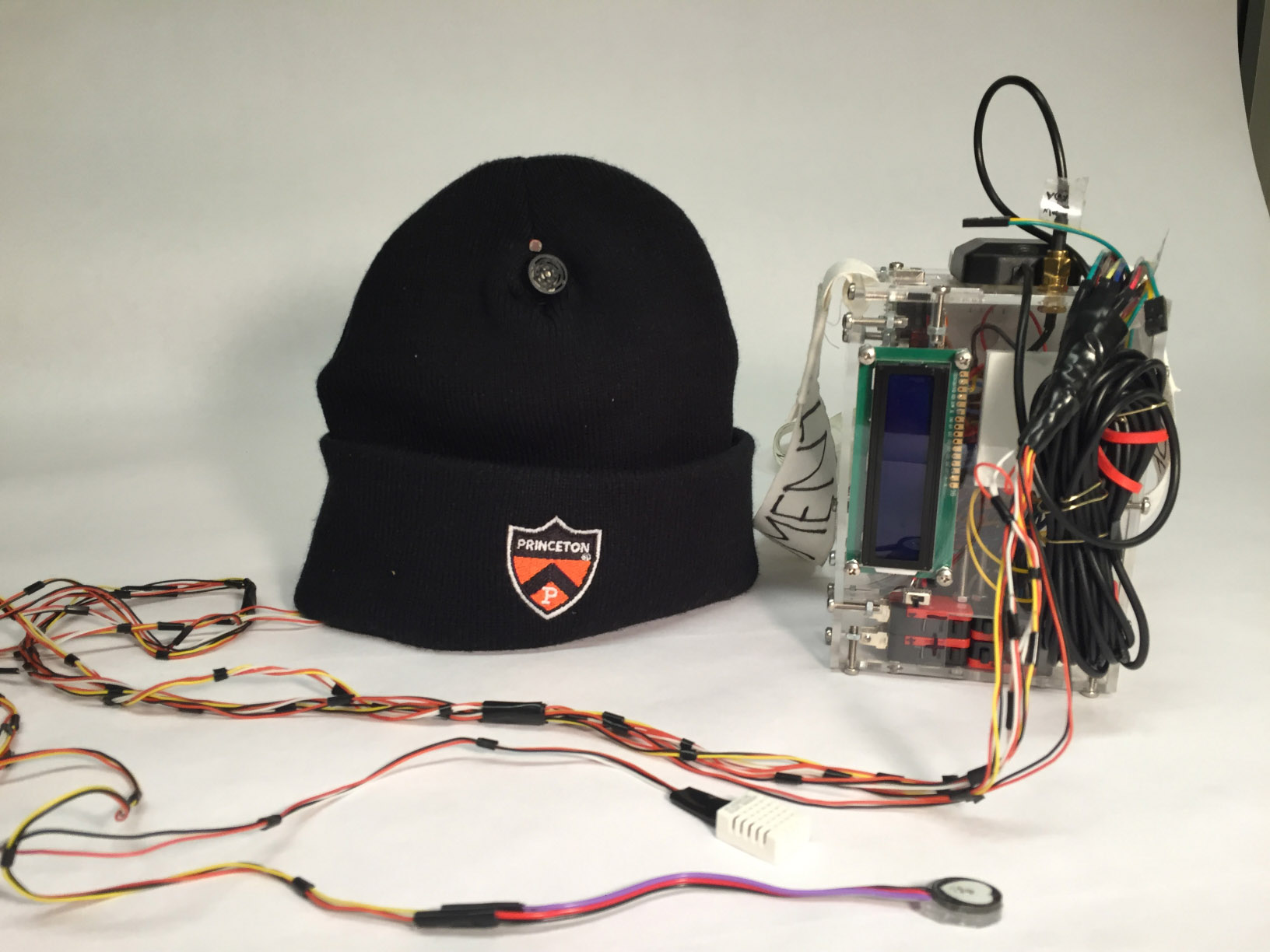 Resulting data was drawn as an architectural section, displaying spatial features in conjunction with biometric records collected throughout the day.

I chose the shadow calculation as such a factor. The importance of shade and its ties to thermal comfort becomes particularly important in urban areas during the summer, where shadows cast by buildings create a temperature difference of up to 8°C. The effective prediction of where the shade will fall, in relation to the user's standpoint, therefore becomes important to how that user will navigate through the environment. Spots that might be considered “too hot/cool” or “too bright/dark” become more attractive when sun conditions are changing. This is not only true for open areas such as streets, parks or walkways, but also for buildings; their openings, for example, play an important role in illuminating and venting inner spaces. 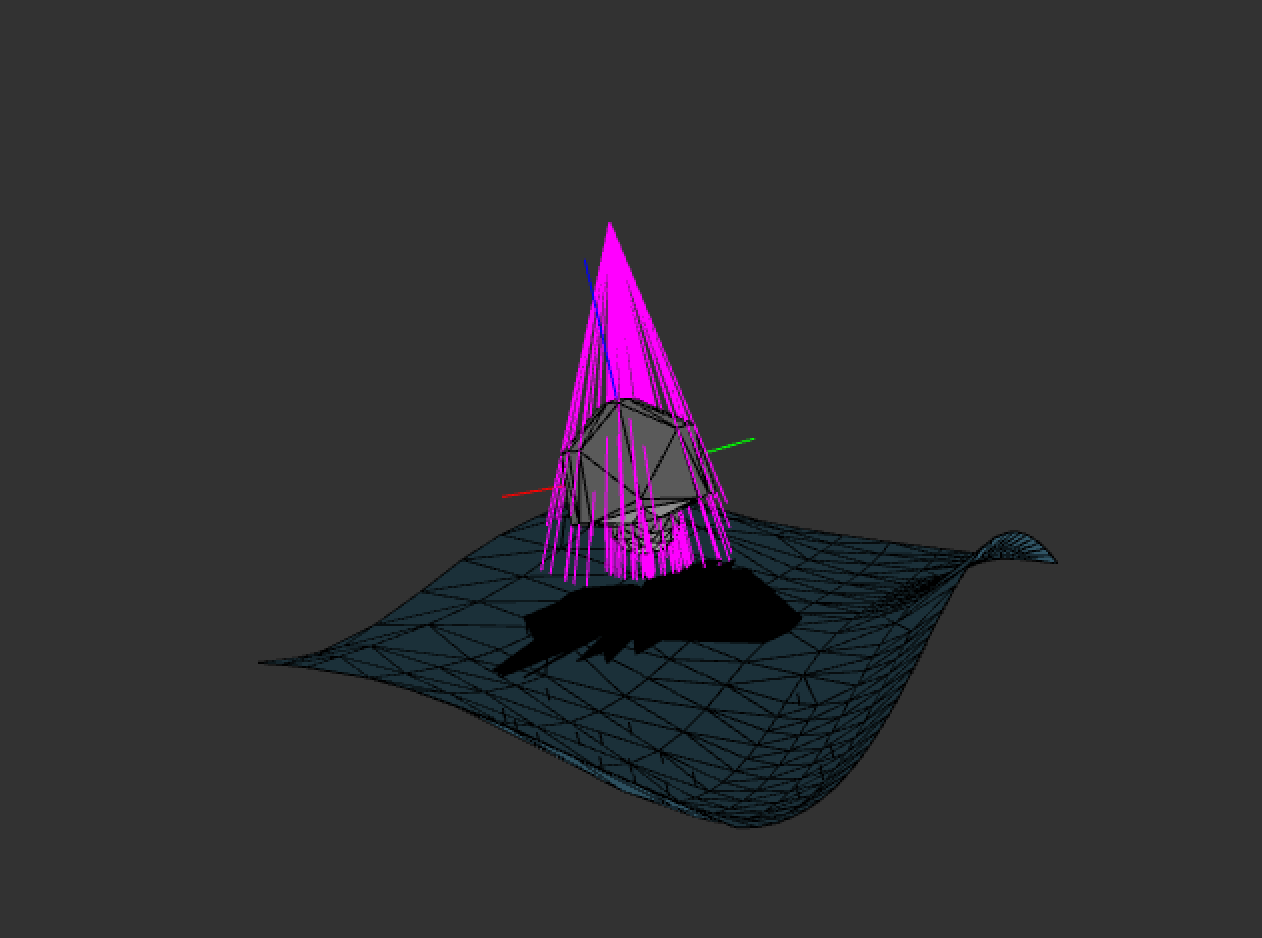 In the project the shadow calculations are represented as visual diagrams and should be understood as an approach to the computation of the sunlight. Processing has been used to develop the calculations, mainly in combination with the Toxiclibs library for calculating the intersections.

As site to test calculations, I chose a small area in Beacon Hill close to the office, due to its diverse topographical features and its manageable size. I gathered building geometries from various governmental websites online and I generated the topography using Grasshopper in conjunction with Google location API. The initial tests, however, were done with imaginative geometry. The problem of generating shadows in a digital environment is obvious, when we think about what a shadow is: the silhouette of an object defined by the position of a light source. In this example a source sun point (S) was set, from which rays (R) are drawn to each vertex of the geometry. If the ray intersects with the geometry only once, thus hitting the outermost vertex (V) relative to the position of the sun point, the ray is prolonged and intersects (I) with the geometry of the terrain below.

These new intersection vertices have to be sorted in clockwise order, to be drawn as a closed shape. The illustration below shows how the shape is being drawn on a 2D canvas in Processing. Points are randomly spread over the canvas, and the midpoint (MID) is determined by calculating the mean value of all the points x and y coordinates. A baseline (BL) is drawn, from which the angle of all the points (V1, V2, V3…) are determined and sorted from smallest to largest angle. Ultimately the points are sorted, connected, and concatenated to a closed shape. 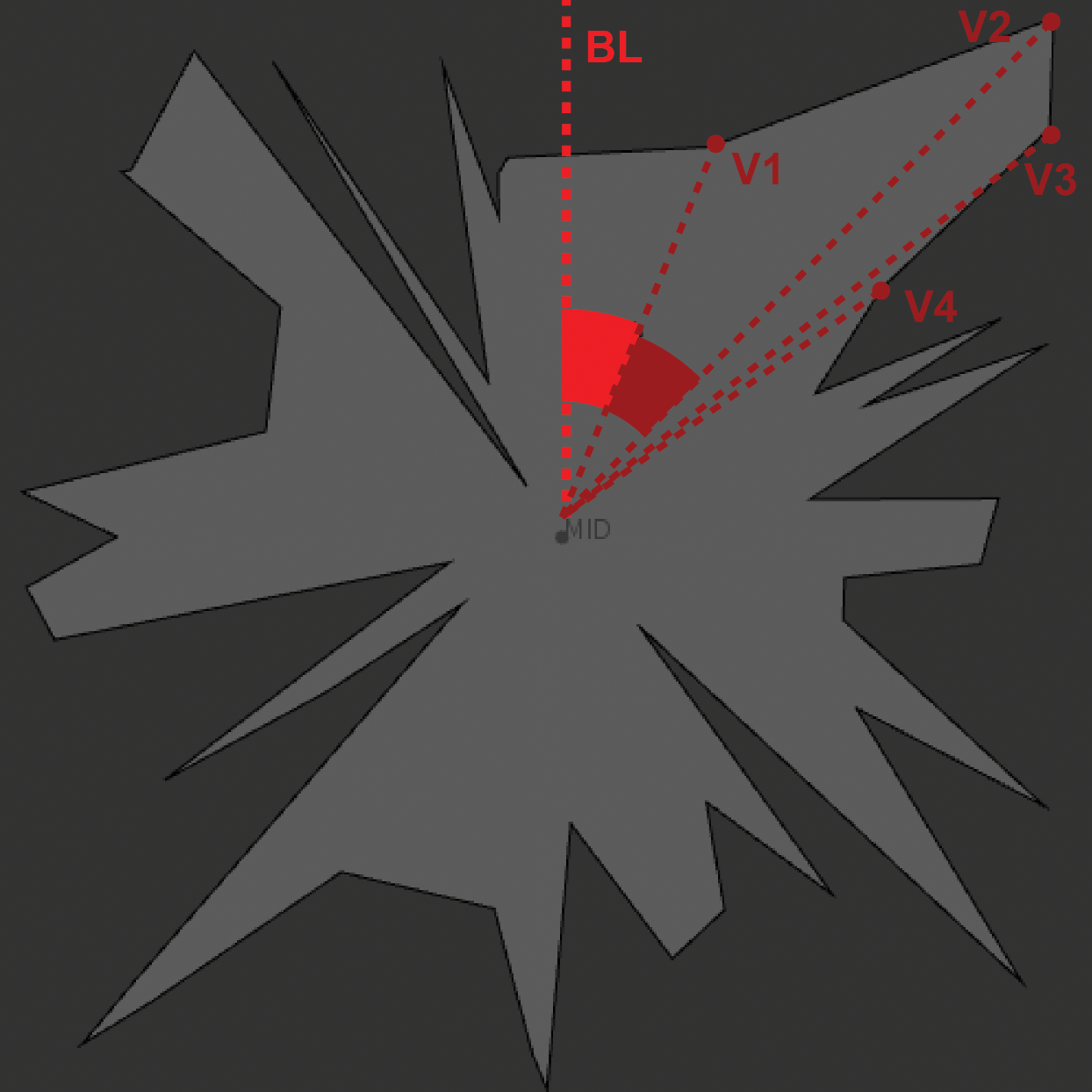 Random points are sorted and connected to a shape. Determined from midpoint MID, a baseline (BL) is drawn from which all the angles from MID to points (V1, V2, V3) are matched and sorted.

To predict the shadows accurately, the geolocation (represented as latitude, longitude, and elevation, the local time, and the sun's position (azimuth and zenith) are plugged into formulas. Knowing the shadows would enable users to find places and paths of climatic comfort during the day. 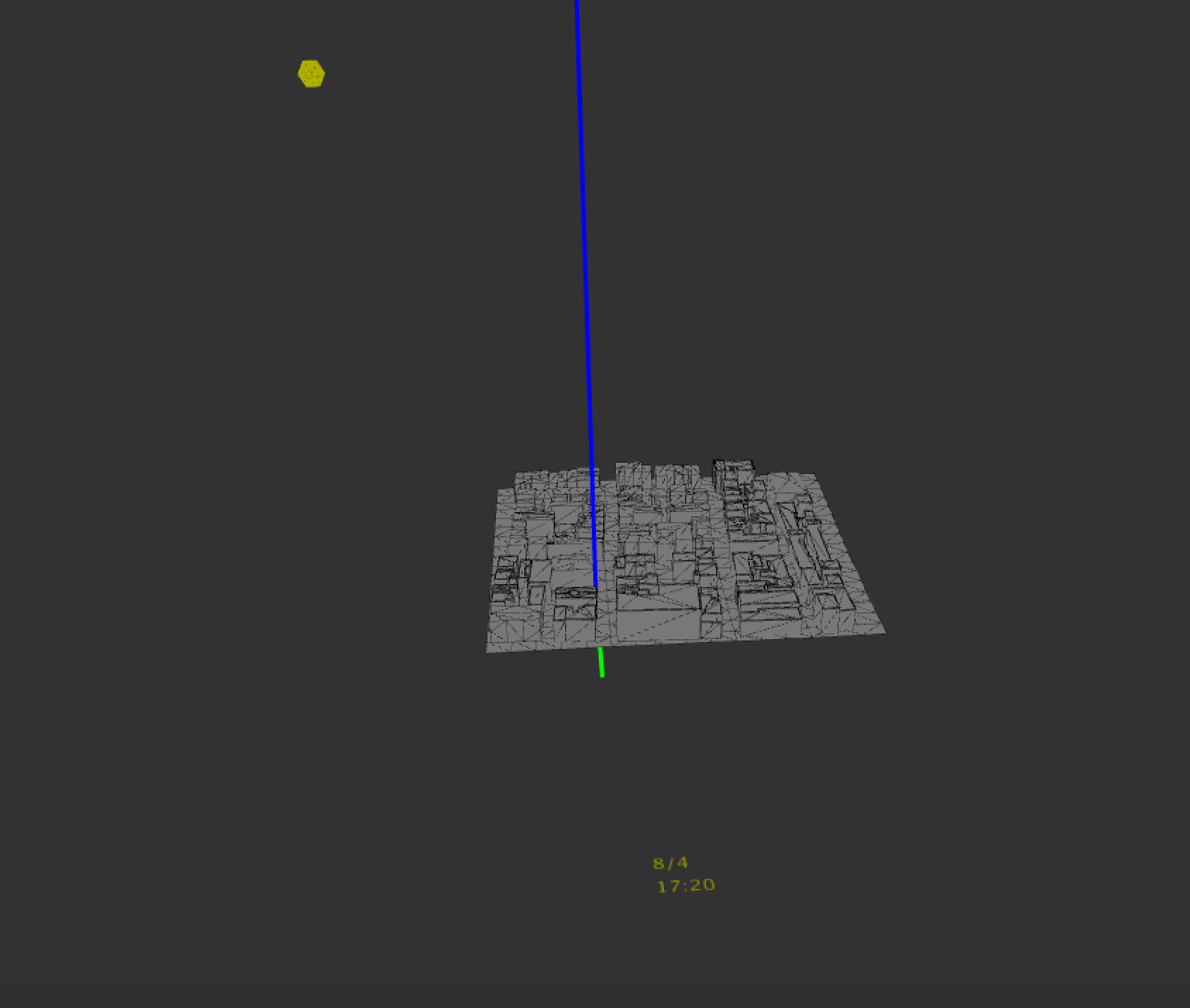 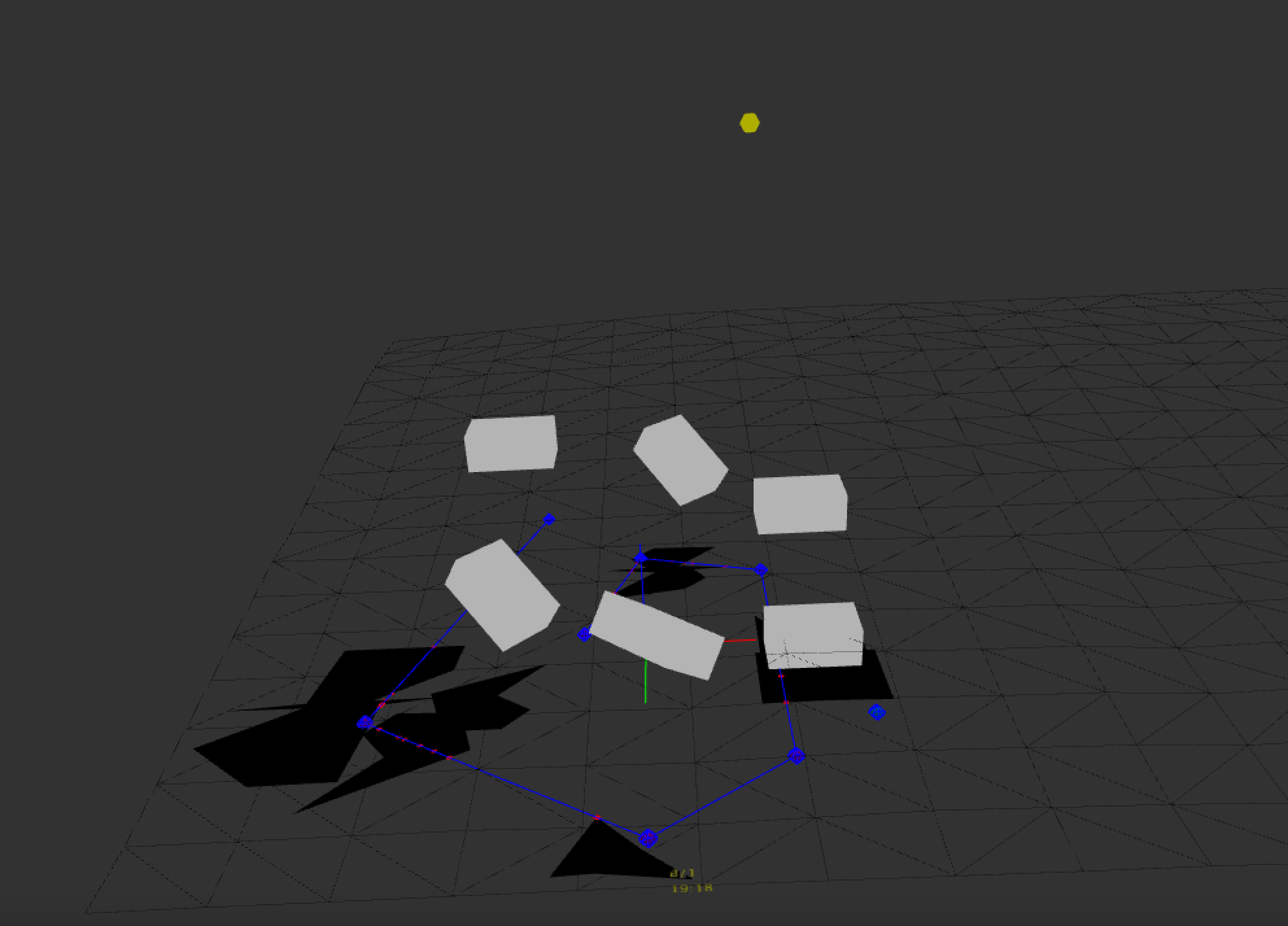 This project thus responds to the fact that, given ever more portable technological devices and the resulting ability to work everywhere, personal metadata in predictive ad hoc environments plays an increasingly important role in our lives. Nomadic tendencies – long term and short term -- due to rising rents or changing work situations are already prevalent in metropolitan areas. Laura Forlano, an assistant professor of design at Illinois Institute of Design (IIT), provides an illustrative example about the relationship between the spread of Wi-Fi technology and urban nomadism in her article "Wifi Geographies: When Code Meets Place." In the article, Victor, a young graphic designer living in New York, has shifted his workplace entirely to Starbucks, where he meets other professionals working from the coffee shop every day. Free Wi-Fi and a table is all he needs for conducting his work. Depending on which phase of a project he is working, he shifts in between three coffee shops. Social factors (other professionals with whom he is meeting) and environmental factors (the proximity to print shops or libraries) play an important role in which location he uses. This example shows how scarcities provoke activity outside of a predetermined context (like a permanent office). The importance of local knowledge and the predictability of needs become key factors when navigating through these spaces.

This antagonistic relationship between need and the shaping of an architectural envelope has existed since the beginnings of humanity. Changing societal hierarchies and relationships can be found in all epochs, but technologies and materials – the elements by which physical architectures are constructed – have changed very little: glass walls are still walls and automatic doors are still doors. Their materiality and technology might have changed over the years, but their typological assembly and sequence has not. In our age, dominated by digital resources that are permeating architecture and bleeding into other places, activities are no longer restricted to hard architectural shells, but can be carried out at places that fulfill a specific need at a particular time. This nomadism might not only change architecture in terms of appearance, but it might also shift the focus towards the notion of places, rather than spaces. People might own places privately, but share the ownership, or rent spaces by the hour. Existing infrastructure might be used as is or converted into something that enables a wider range of activities; new structures will be either highly specific, such as laboratories or hospitals, or very flexible, only providing basic amenities. “One Minute Architectures” is an attempt to illustrate this shift from architecture to an infrastructure of comfort, with changing properties and amenities. It examines how we can make ourselves at home not in spaces, but places.

I want to thank Fathom for the unique opportunity of working in such a productive and insightful environment.