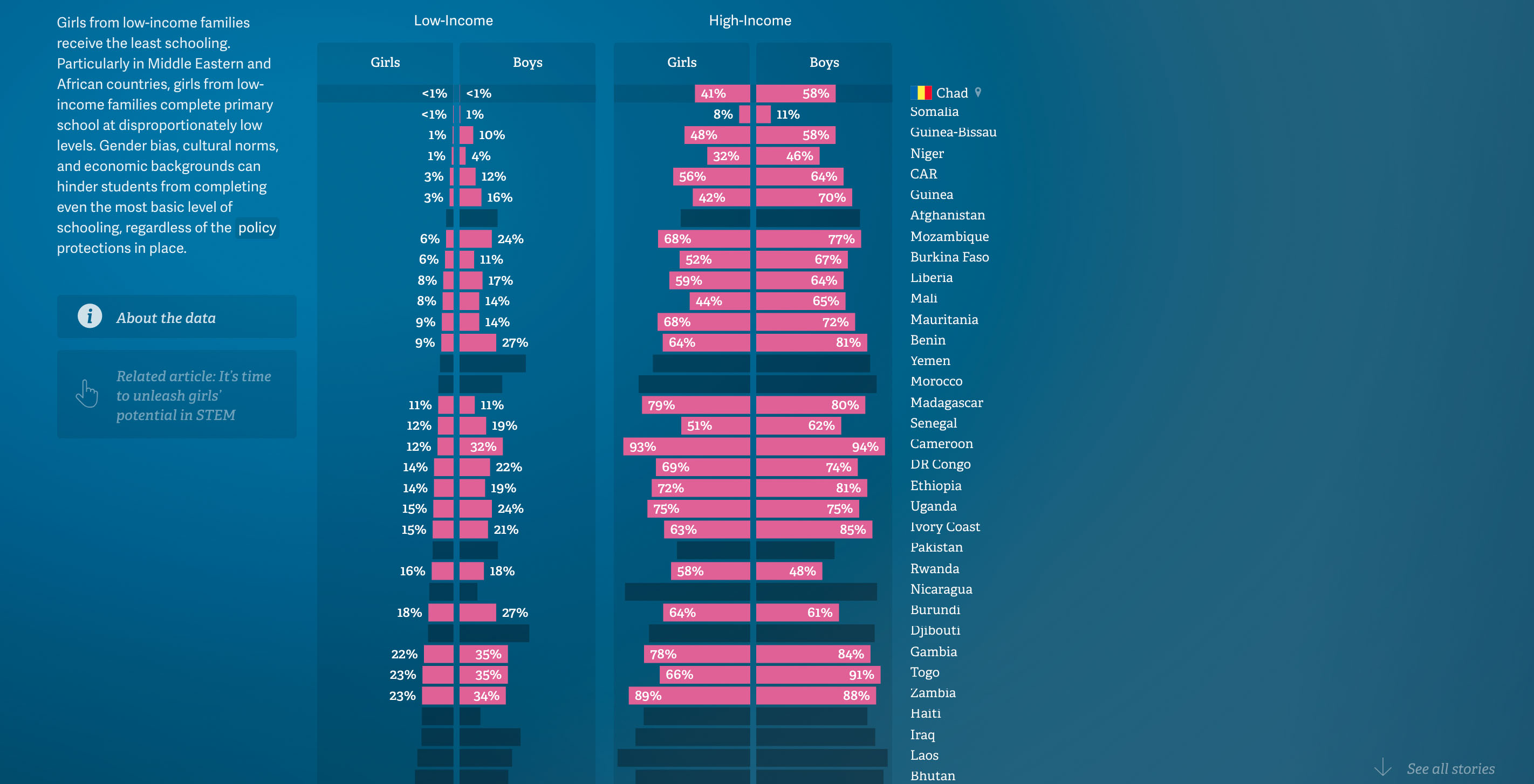 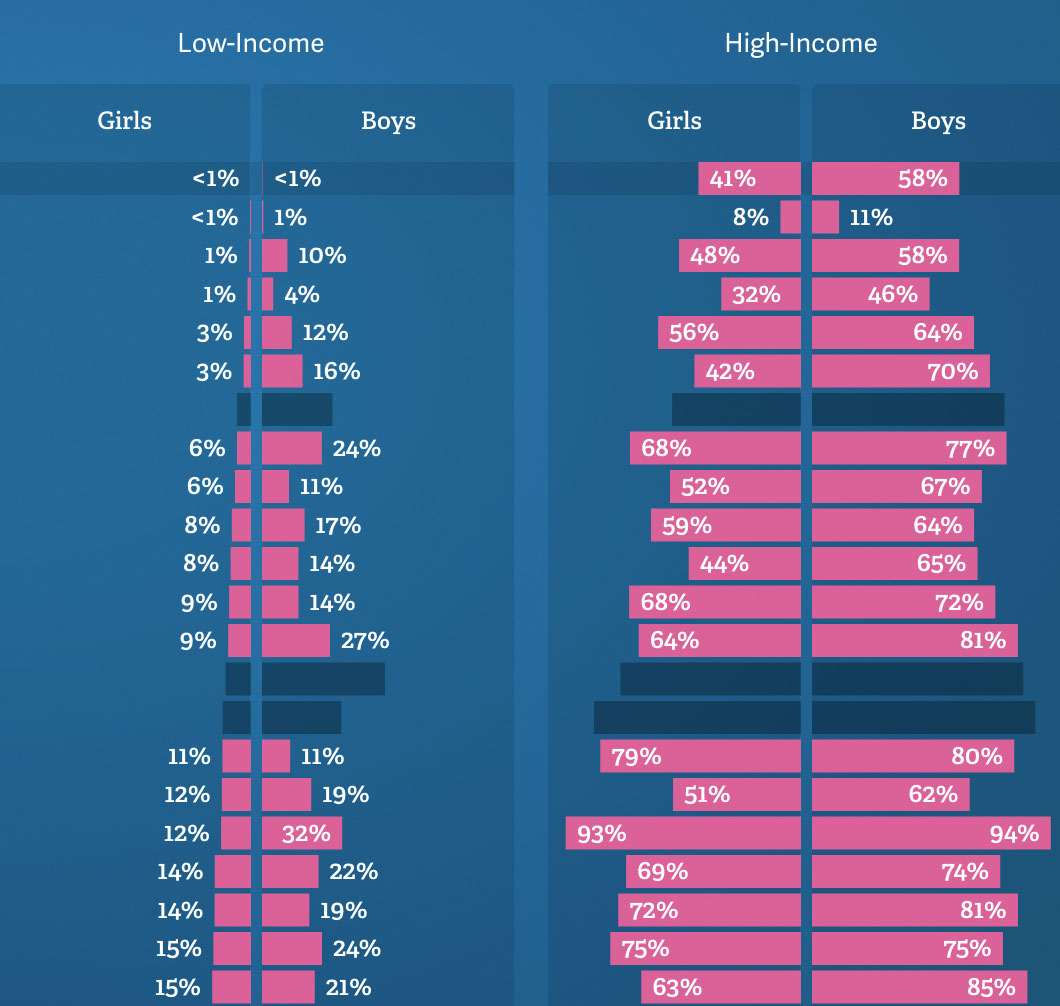 k
n
t
Alex
Girls from low-income households have the least access to primary school
In honor of Women's Equality Day, we released a new No Ceilings visualization exploring how disparities in wealth engender gaps in primary school completion. Girls from low-income households are often at the greatest disadvantage in their access to basic education, most predominantly in Middle Eastern and African countries. For all of the inequalities that exist in the U.S. school systems, there are millions of girls around the world who don't have the opportunity to graduate elementary school, let alone attend it.

In Yemen, a country with one of the greatest educational disparities between genders and income levels, just one girl for every five boys in the lowest income group finishes primary school. The gap widens when comparing between Yemeni girls: seven girls from the highest income group complete primary school for every one girl at the lowest. The academic outlooks, career goals, and familial health of girls from low-income households will all suffer as a result.

While yes, the disparities in primary school enrollment are closing, many schools experience a large drop-off by the time students enter secondary school. Gender bias and cultural norms, in addition to economic disparities, often hinder students from making the transition, regardless of the policy protections in place.

Take a look and spread the word. We can't change the numbers unless we know them.