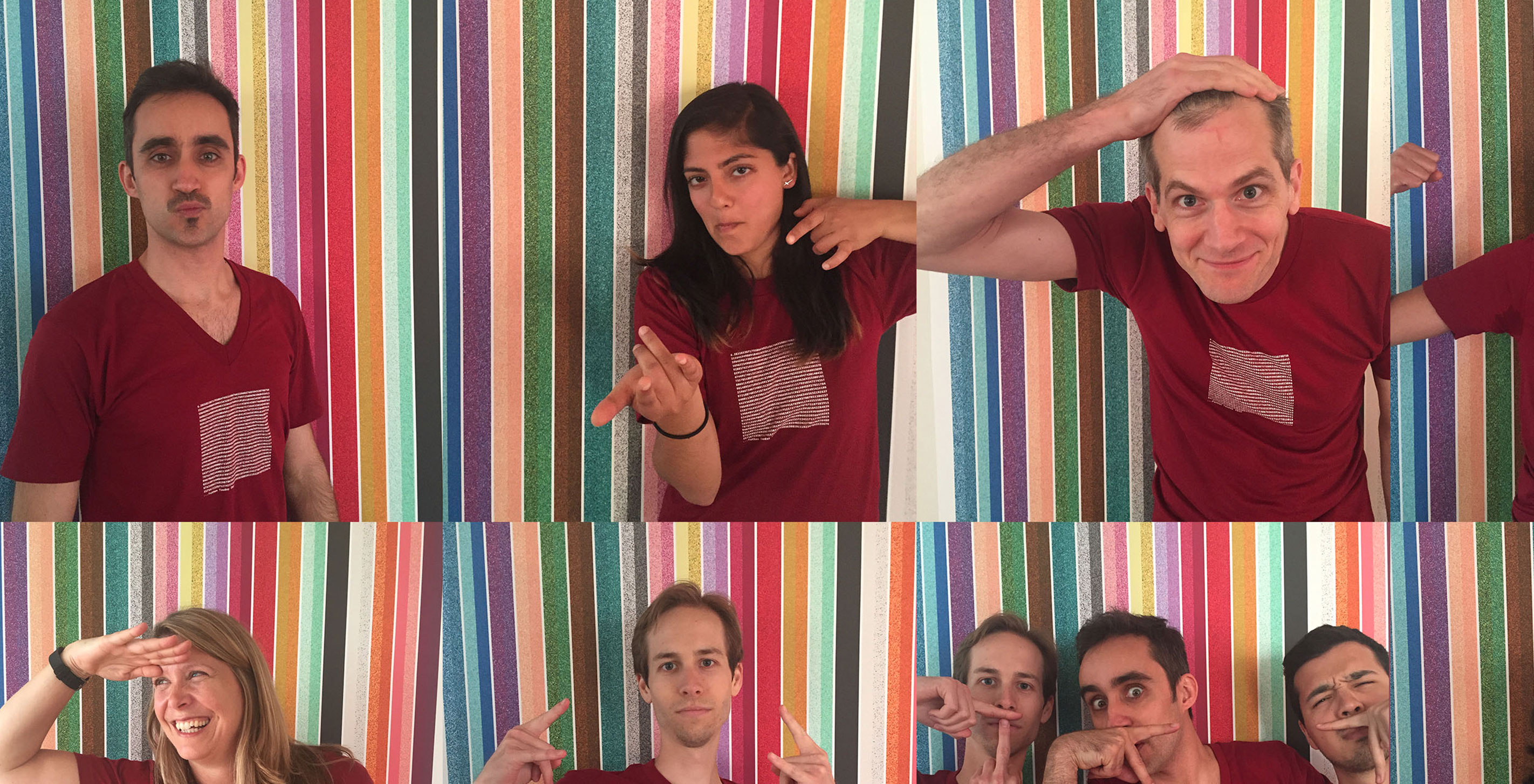 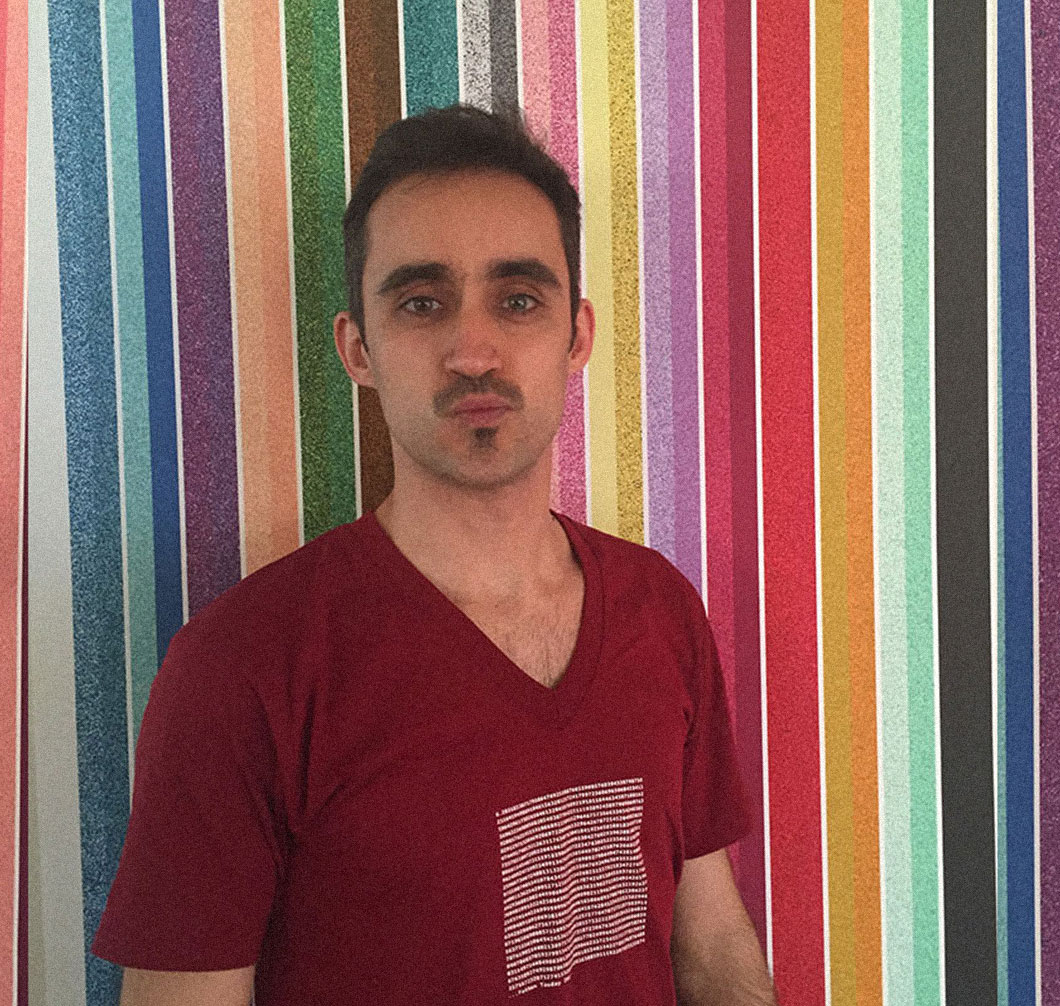 k
n
t
Jose
¡FiesTau 2015!
Yet another year passed, and all the studio gathered to celebrate our favorite mathematical constant in commemoration of Tau Day! 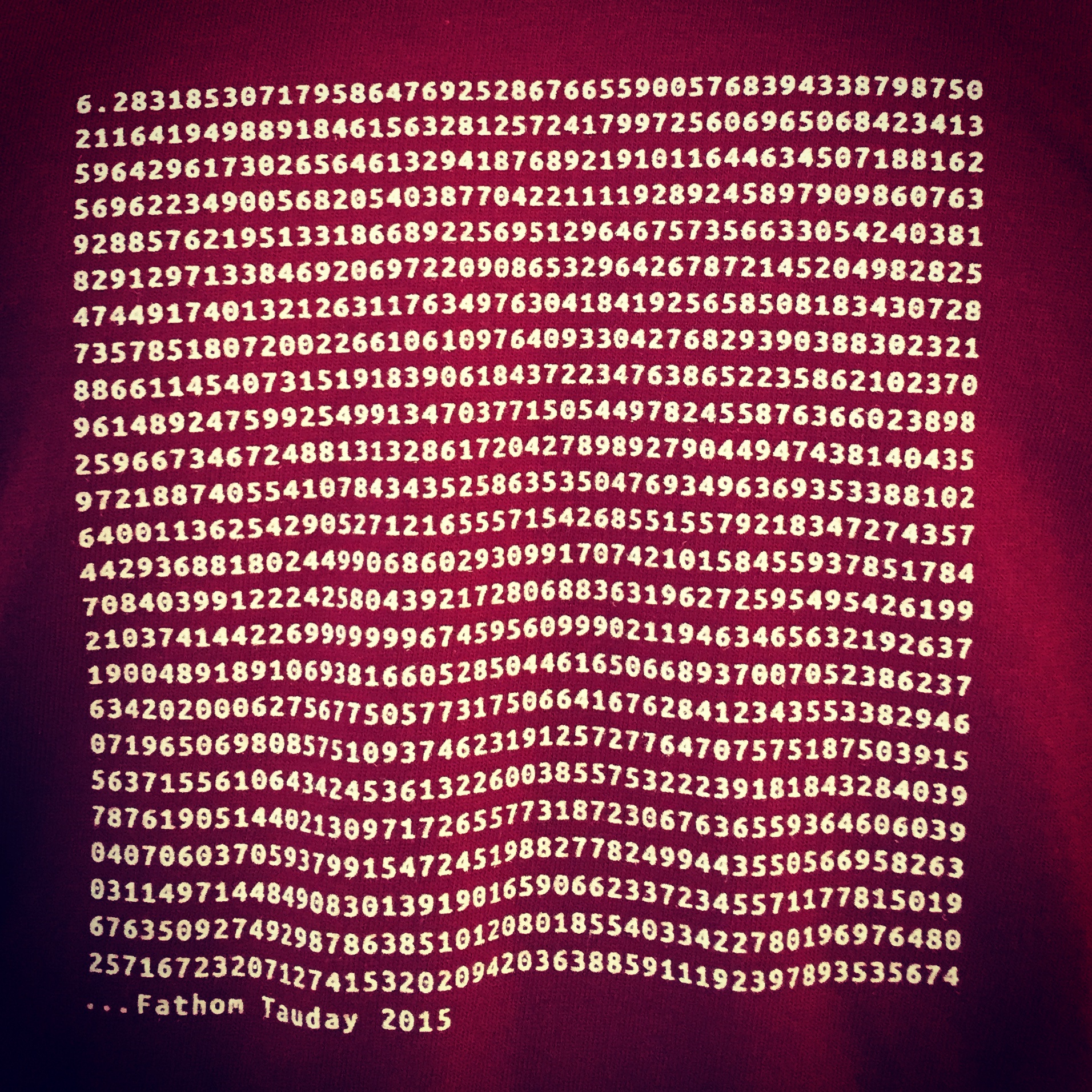 No matter your mathematical orientation, at Fathom we are open to all kinds of numerical beliefs and points of view. But when it comes to circle constants, we are heavily biased.

Last week, we hosted our second FiesTau party in preparation for the imminent advent of Tau Day. We know, we know, it was a week before 6/28, but it can be complicated to coordinate that many people...

Last year we celebrated Tau Day big time: we released Peep in Tau, an app that lets you find any sequence of digits in the first 100,000,000 decimal positions of Tau. We also submitted an entry that was accepted on the Online Encyclopedia of Integer Sequences, the "sequence of positions of consecutive 9's in Tau's decimals," inspired by the Feynman Point. It was an amazing evening!

Per tradition, this year we kicked off celebrations with Mark and Kim's graceful contribution of the yummiest strawberry, rhubarb, and apple pies. Remember, you always need at least two pies for a full tau day. 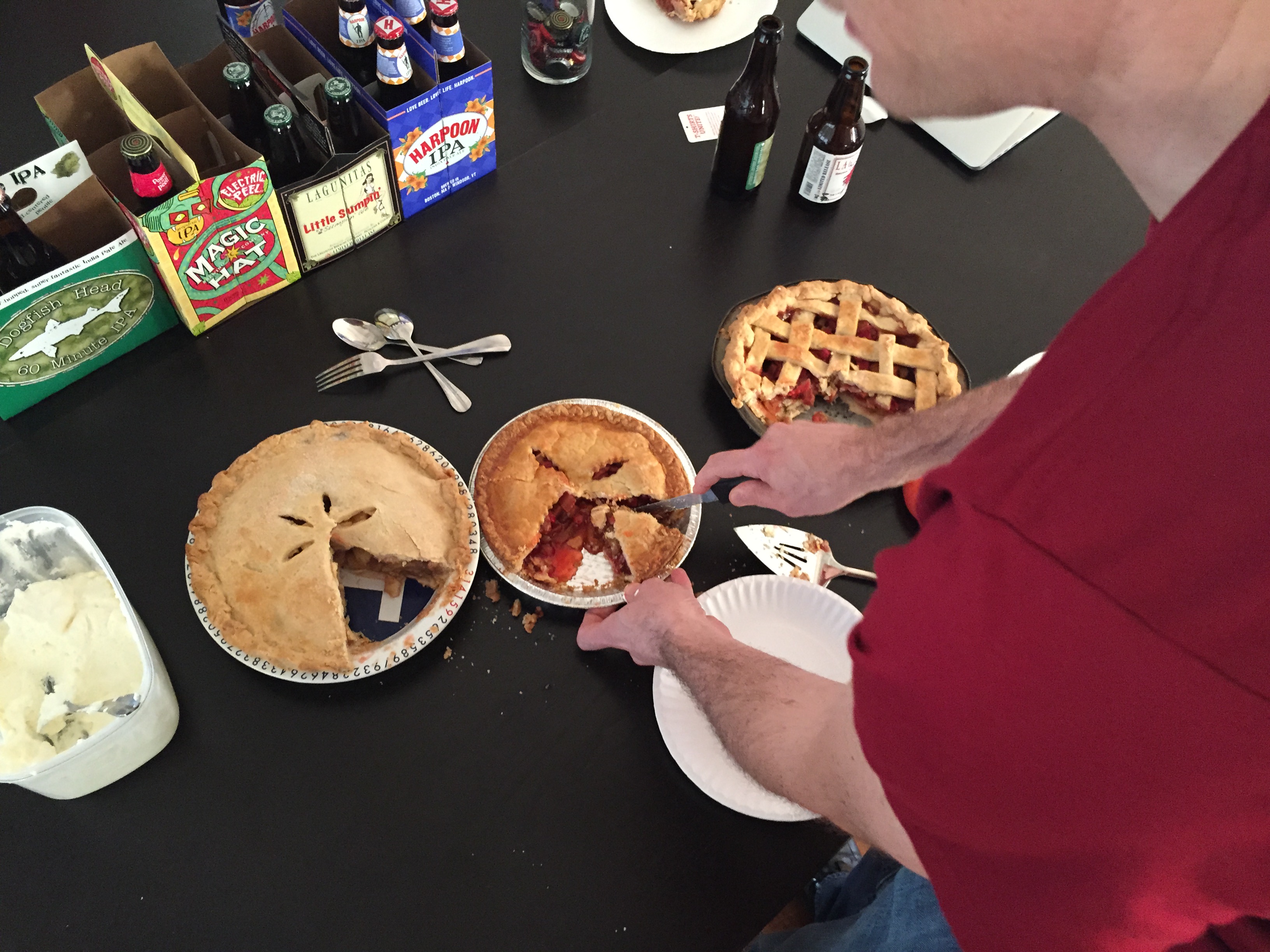 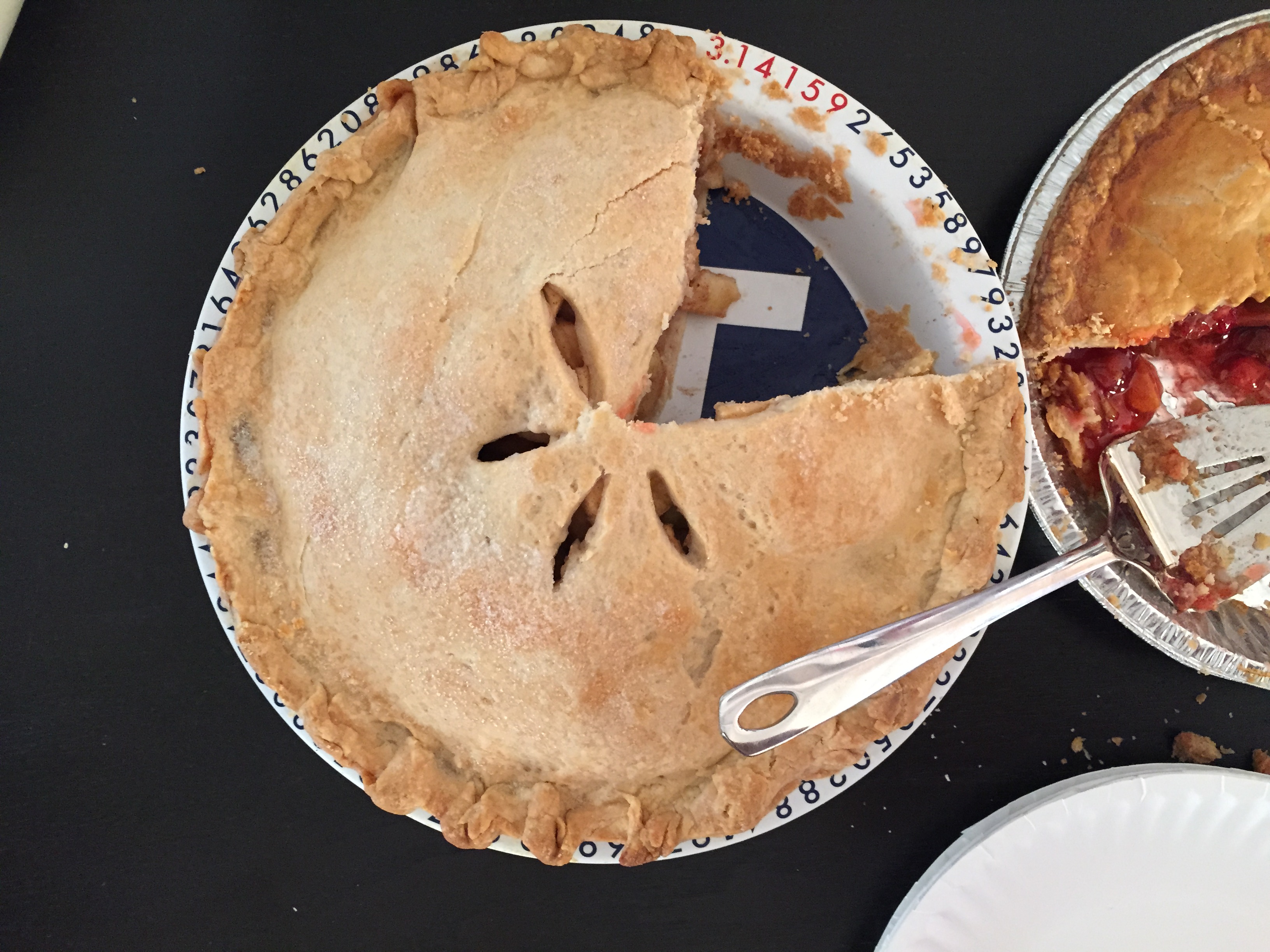 Thanks to James, we had a full set of Fathom Tau Day 2015 Tau-Shirts for the whole team. Keep a lookout for their possible release on Provender...? 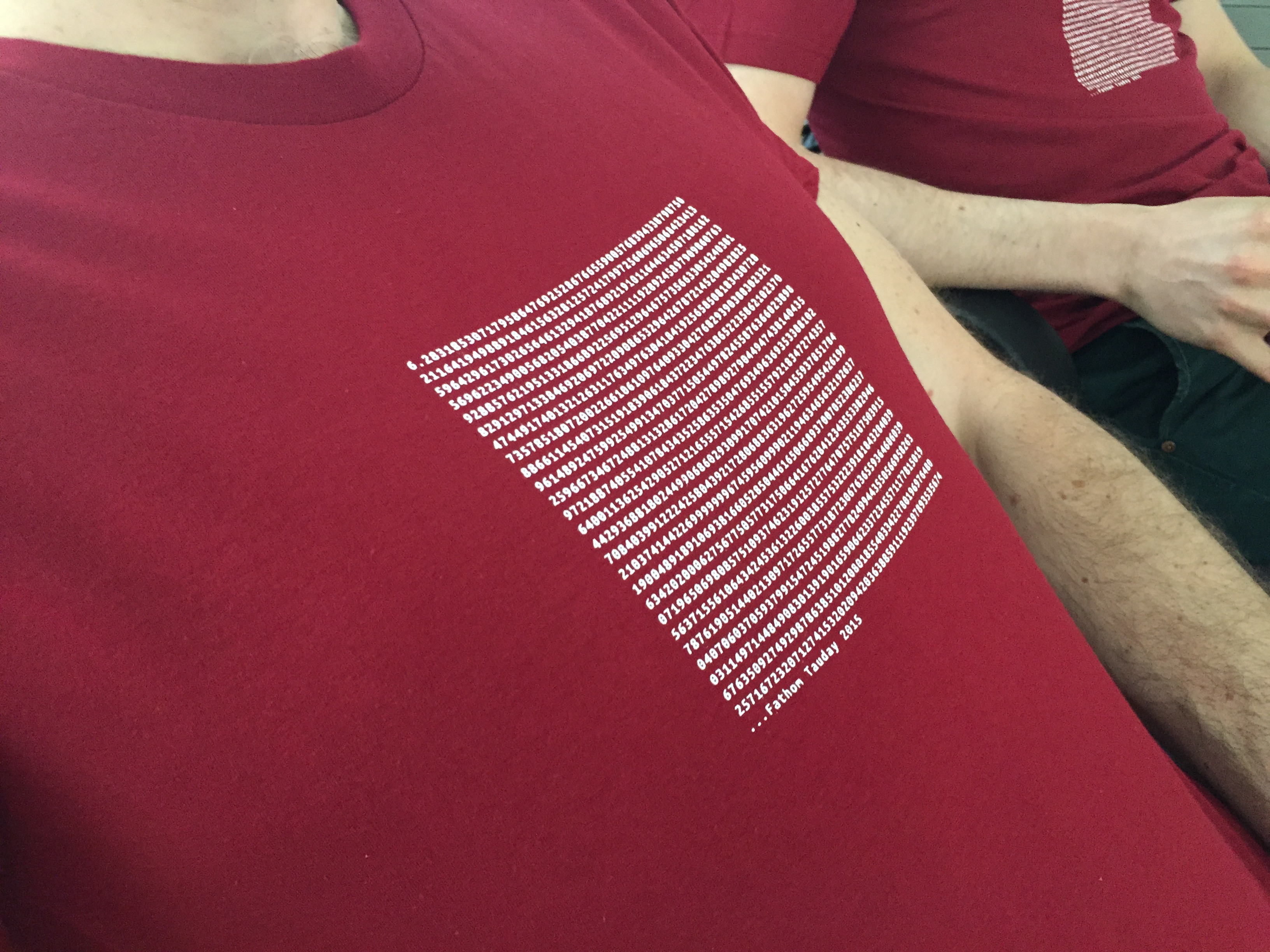 James was also kind enough to give us a private preview of a soon-to-be-released app based on a highly acclaimed 70's movie. , but sufficient to say that if you enjoyed Rocky Morphology, this one is going to blow your mind. (Edit: it is out! Please dive into Jawsography!)

The peak of the evening came with the yearly recreation of Taupardy!, our very own crafted Jeopady-inspired Tau quiz game. With a brand new panel featuring new categories and questions, I must say this year was much tougher than the previous one. And I must also say, my expectations were highly surpassed by my fellows... Well done guys, you are the nerdiest! ;) 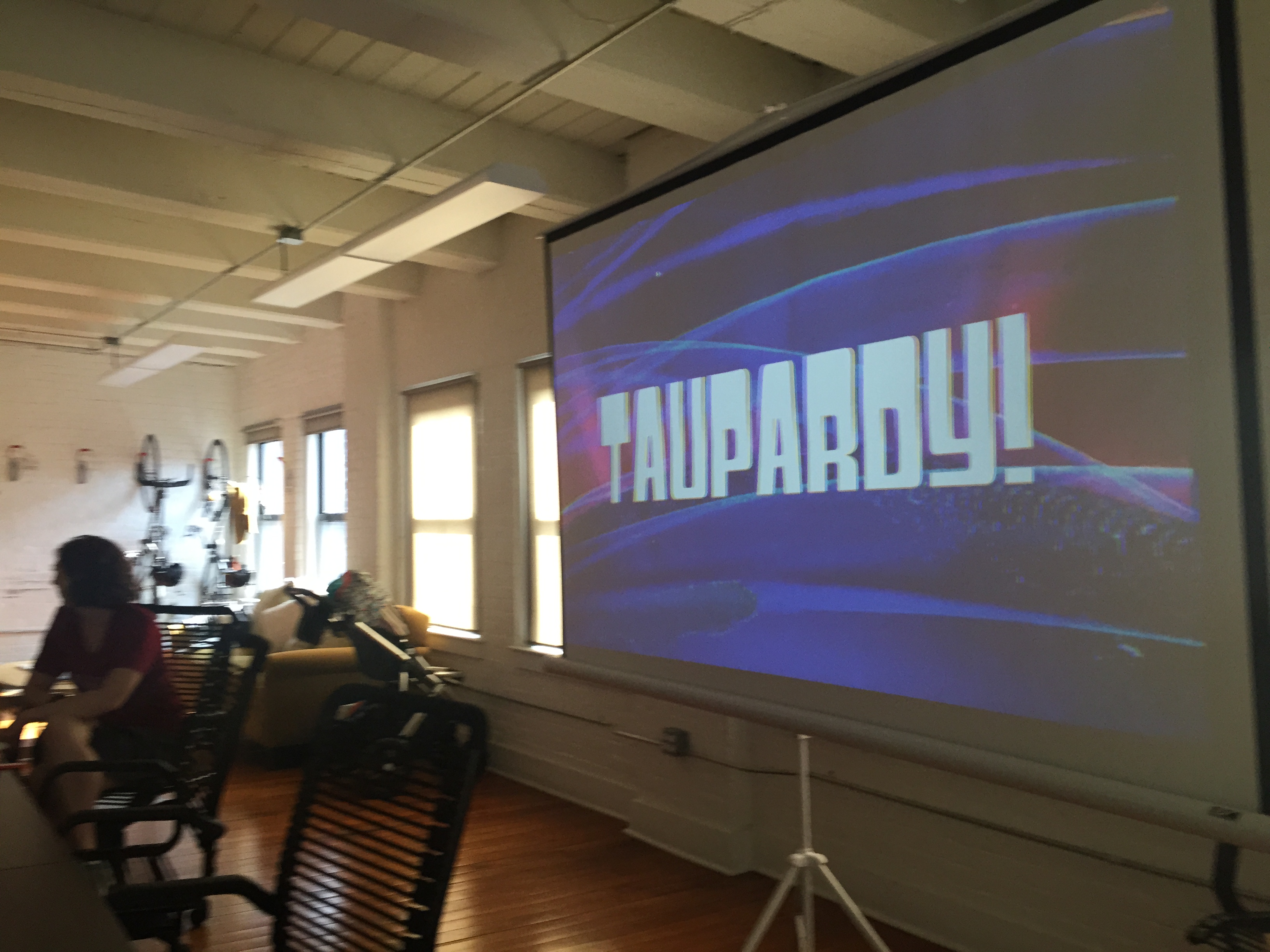 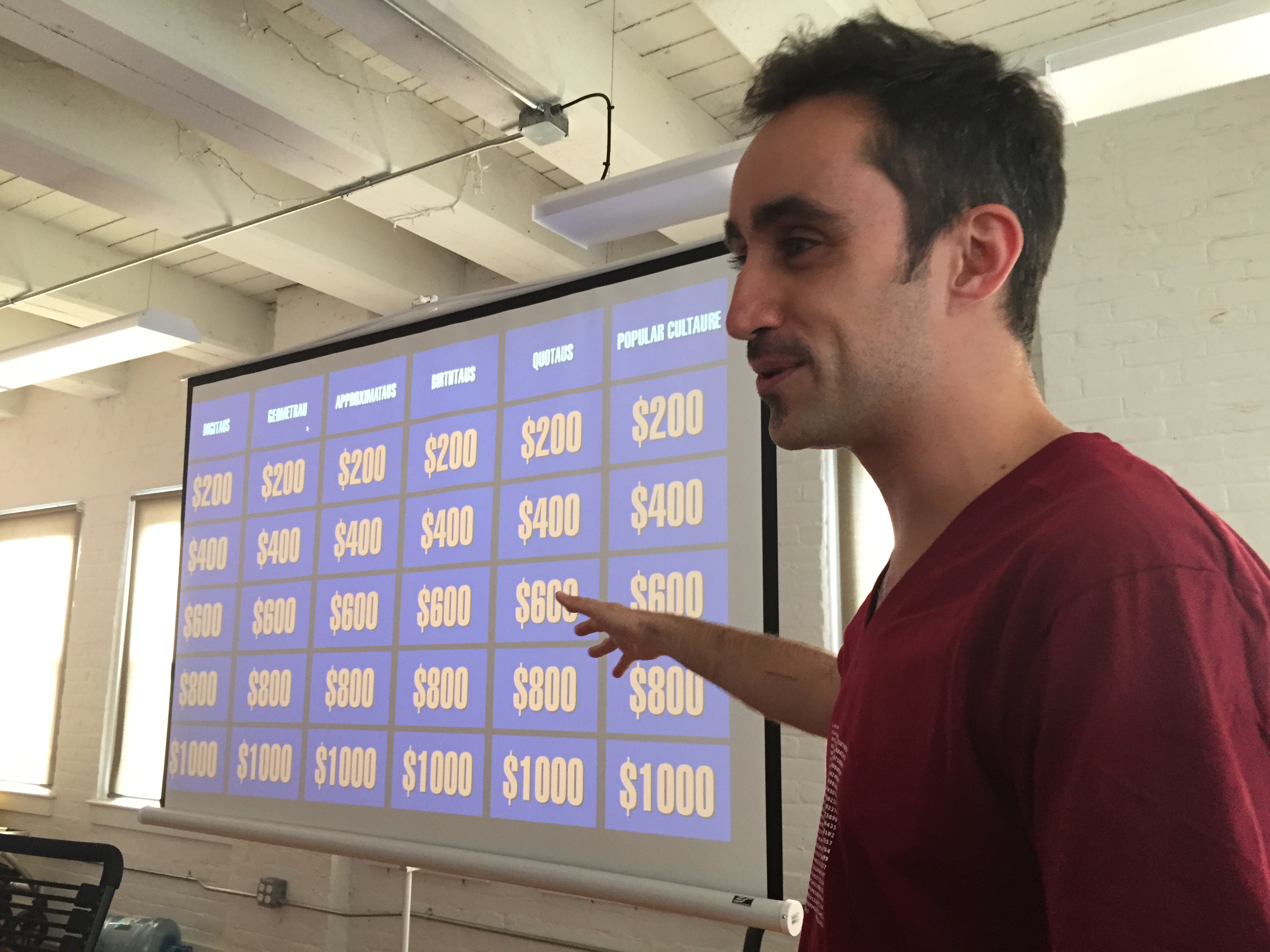 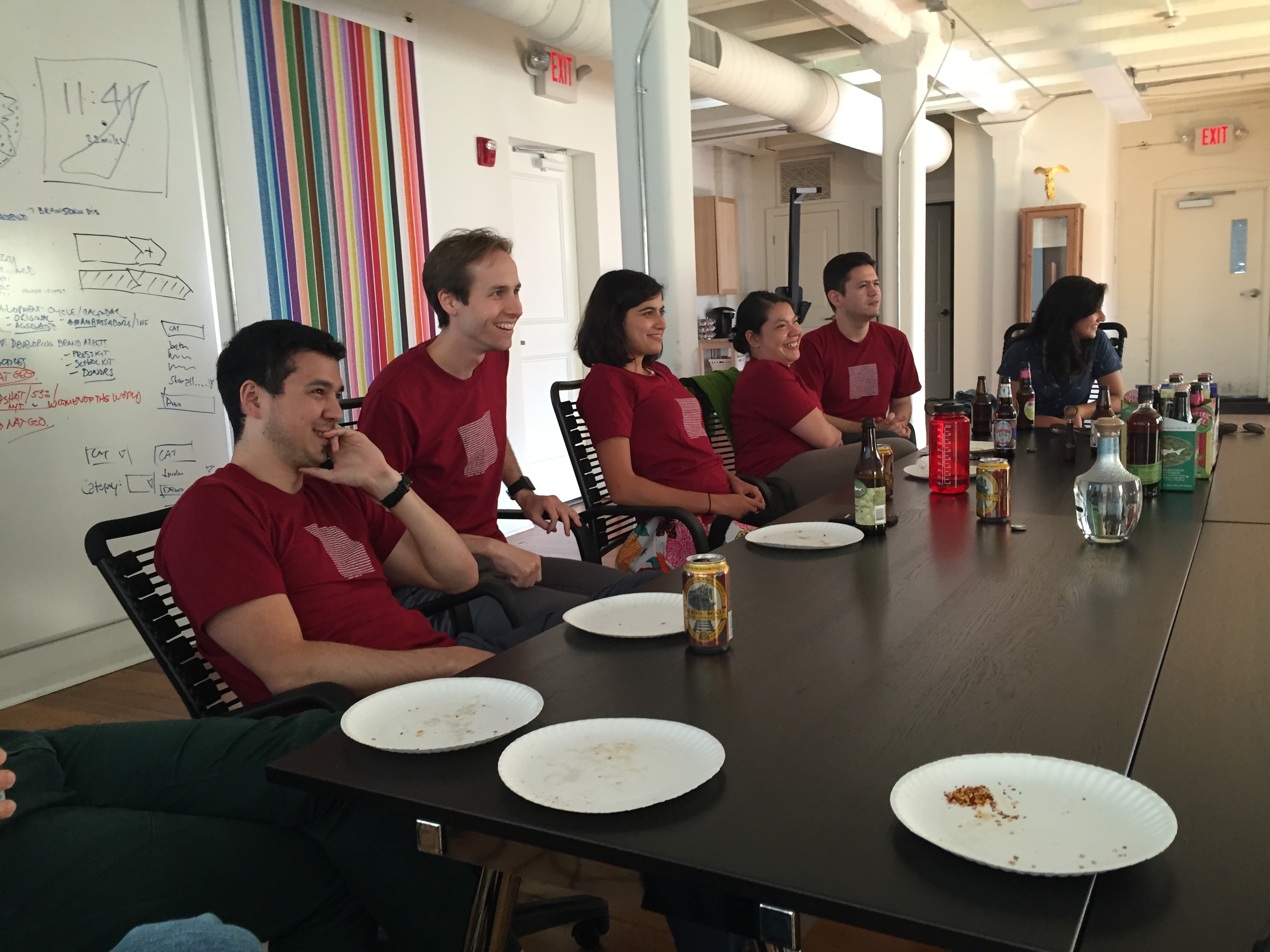 The Fathom team killing it. 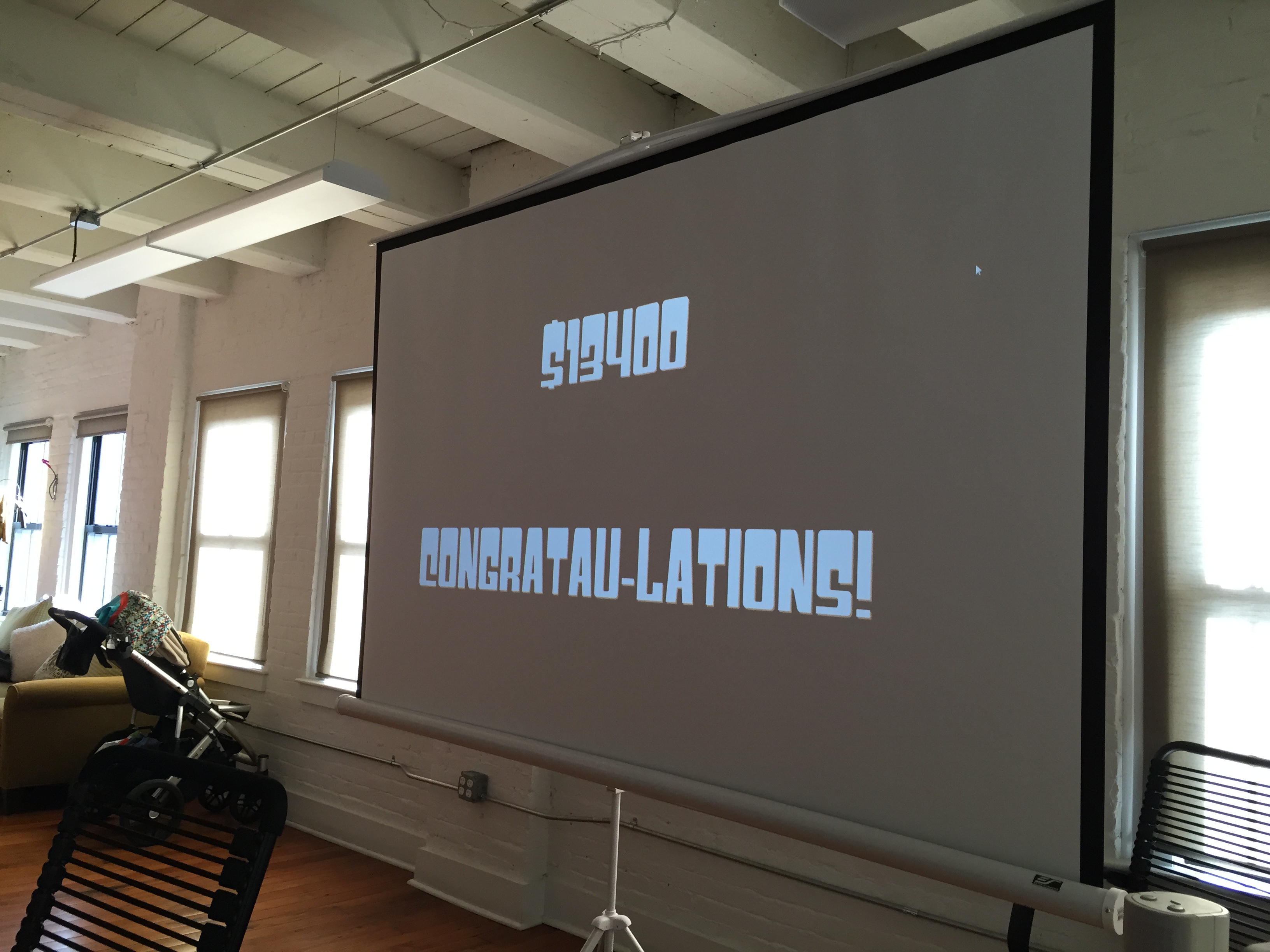 In celebration of this year's new incarnation of Taupardy!, we decided to clean it up a little and make the code open-source for our 2014 and 2015 panels! You can find the game on this github repository. Enjoy Taupardy! on your own Tau Day festivities, and let us know about them via Twitter, at @fathominfo. Oh, and feel free to pull any panels you may design to the repo and share them with the community! 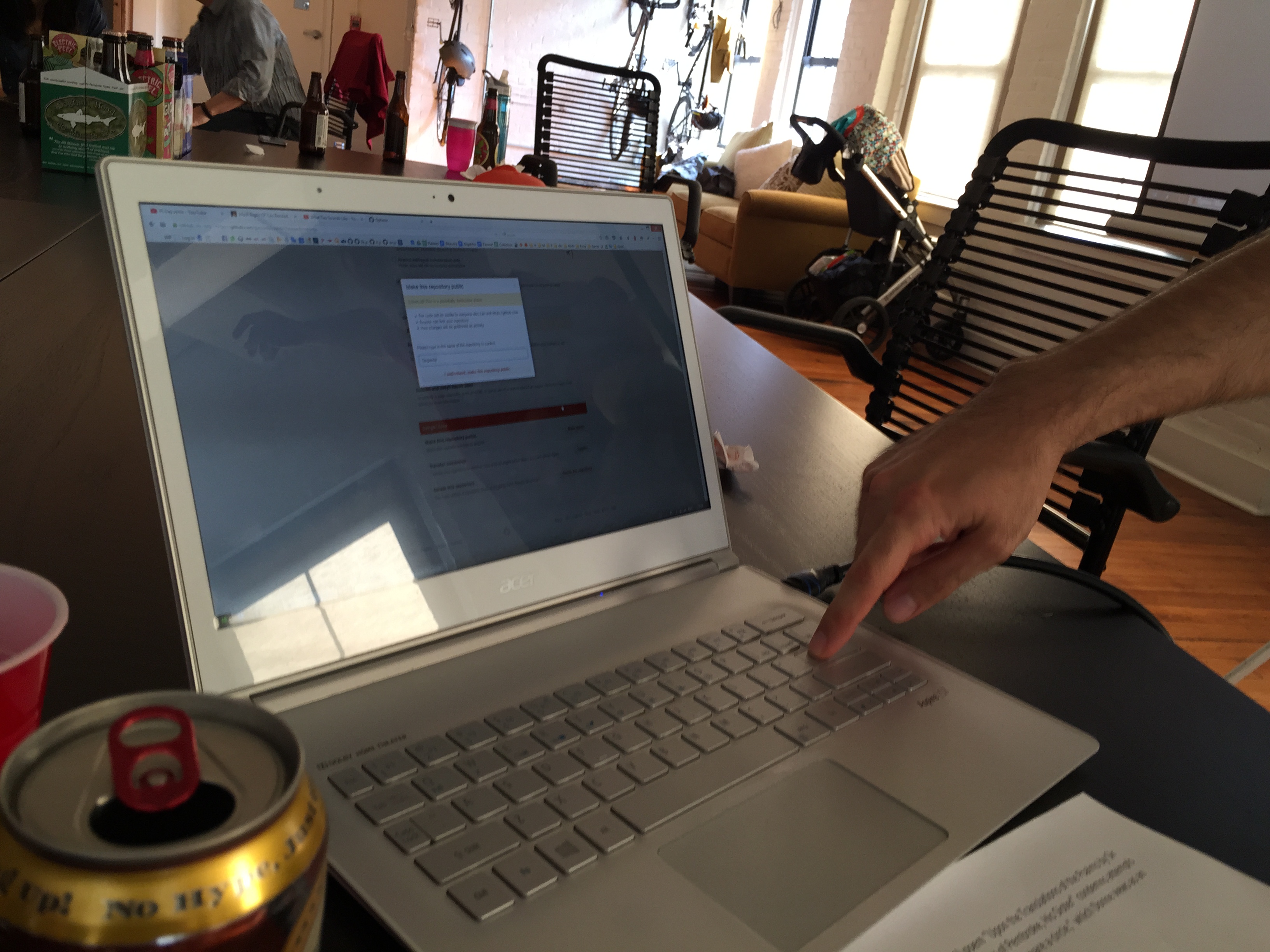 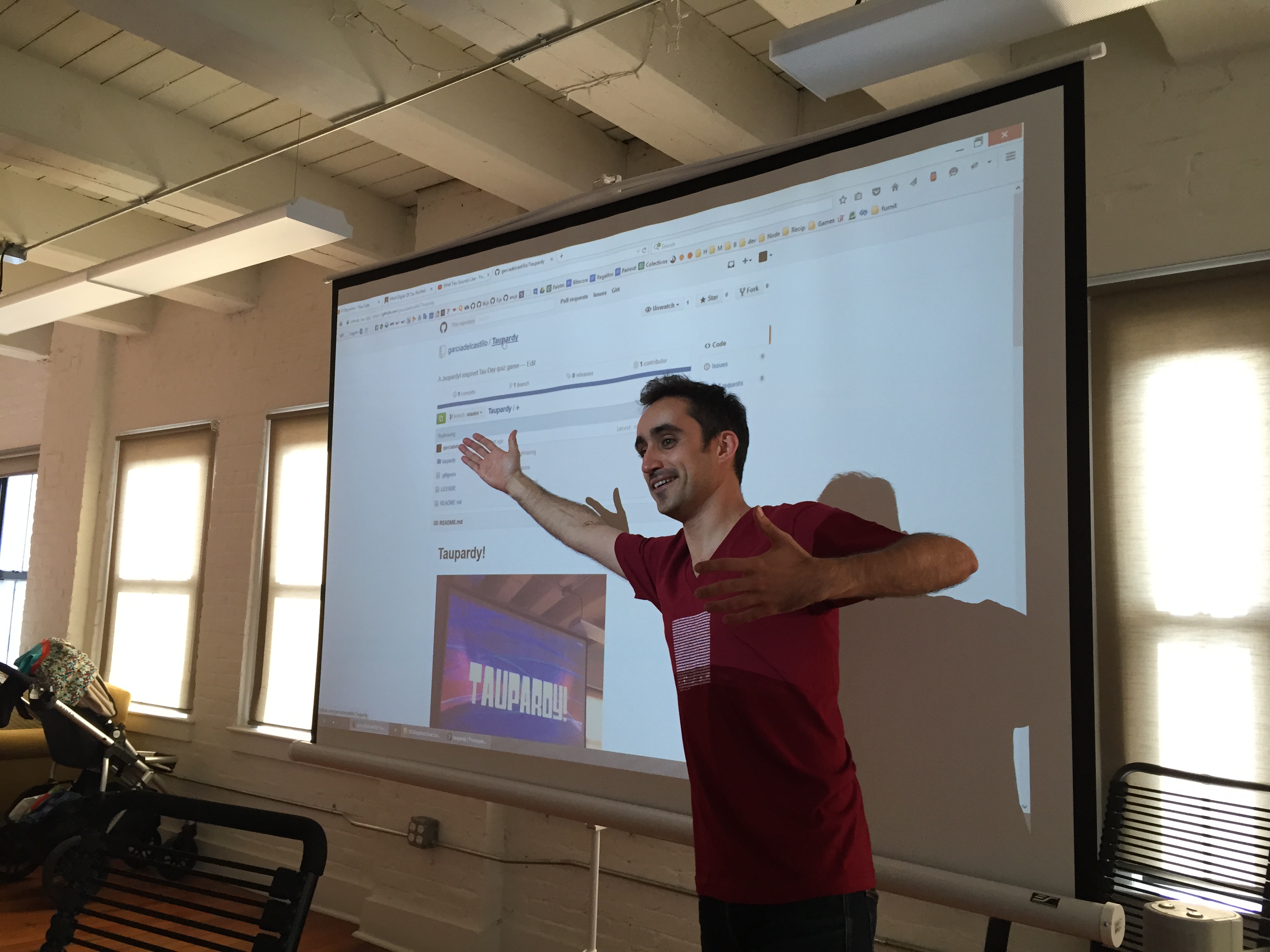 And there it goes, out to the world!

We were very happy to have Malika Khurana, one of our former interns, visit us for the occasion. She shared some of her latest work with us, illustrating her journey from an engineering to art based approach to design. 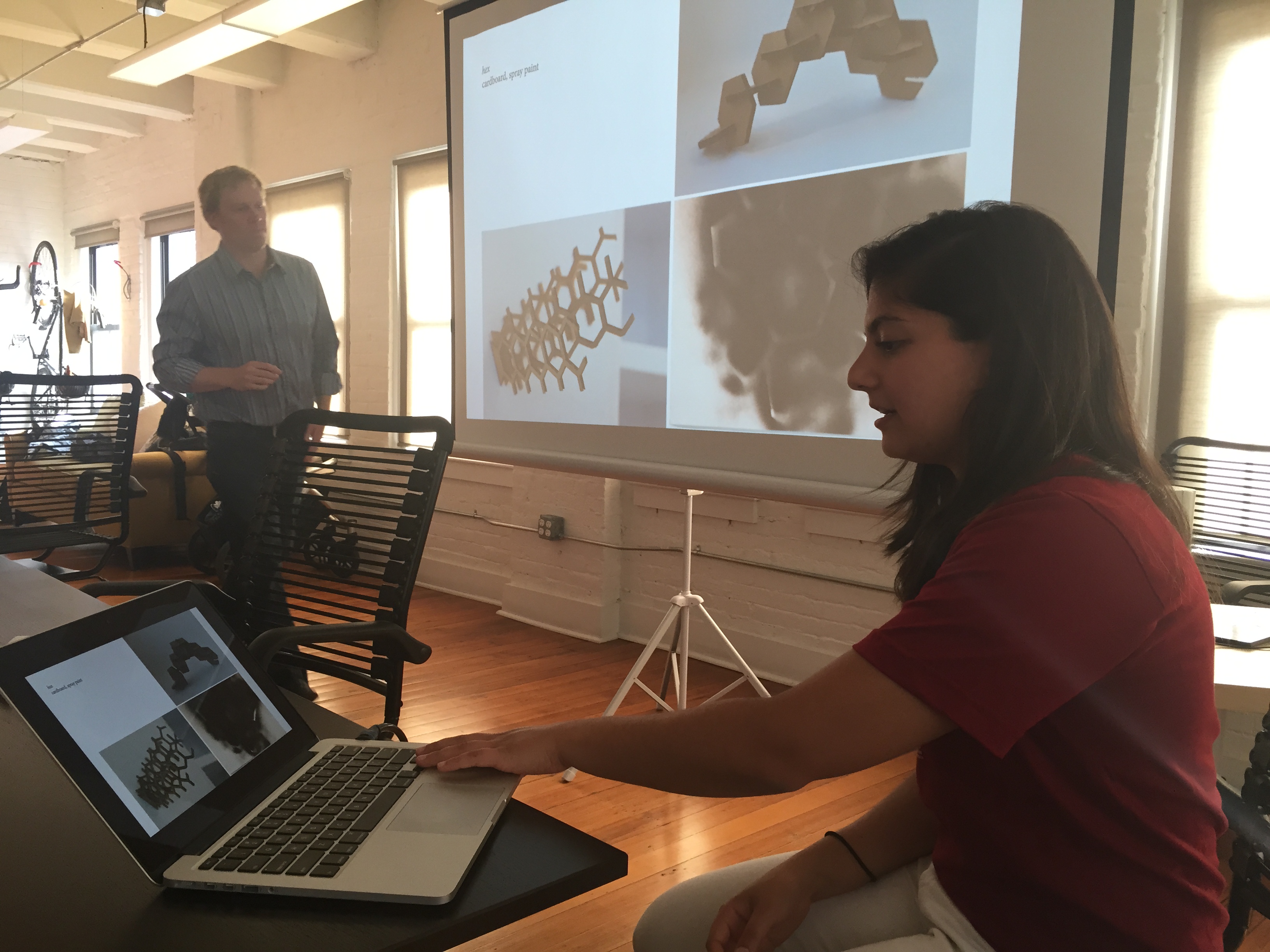 We wrapped up the evening (well, not really, but the rest shouldn't be disclosed...) with our traditional photoshoot, which for some reason turned out kind of 'gangstau'...

We recently found out Michael Hartl featured some of our shenanigans on the latest State of the Tau report... ;)

And that's all folks! Just remember, it is never too late to reconsider which dimension of the circle you advocate for. 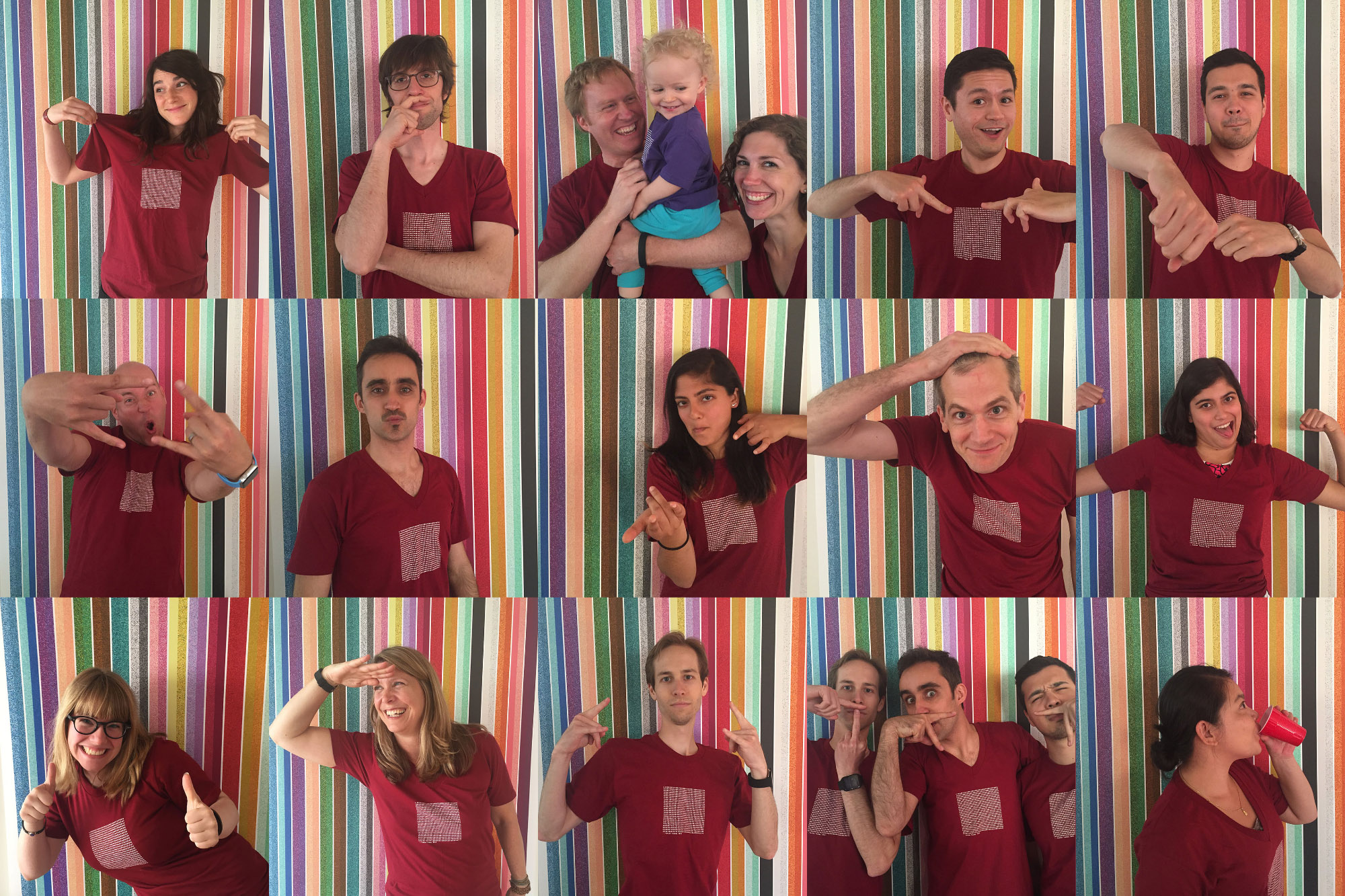