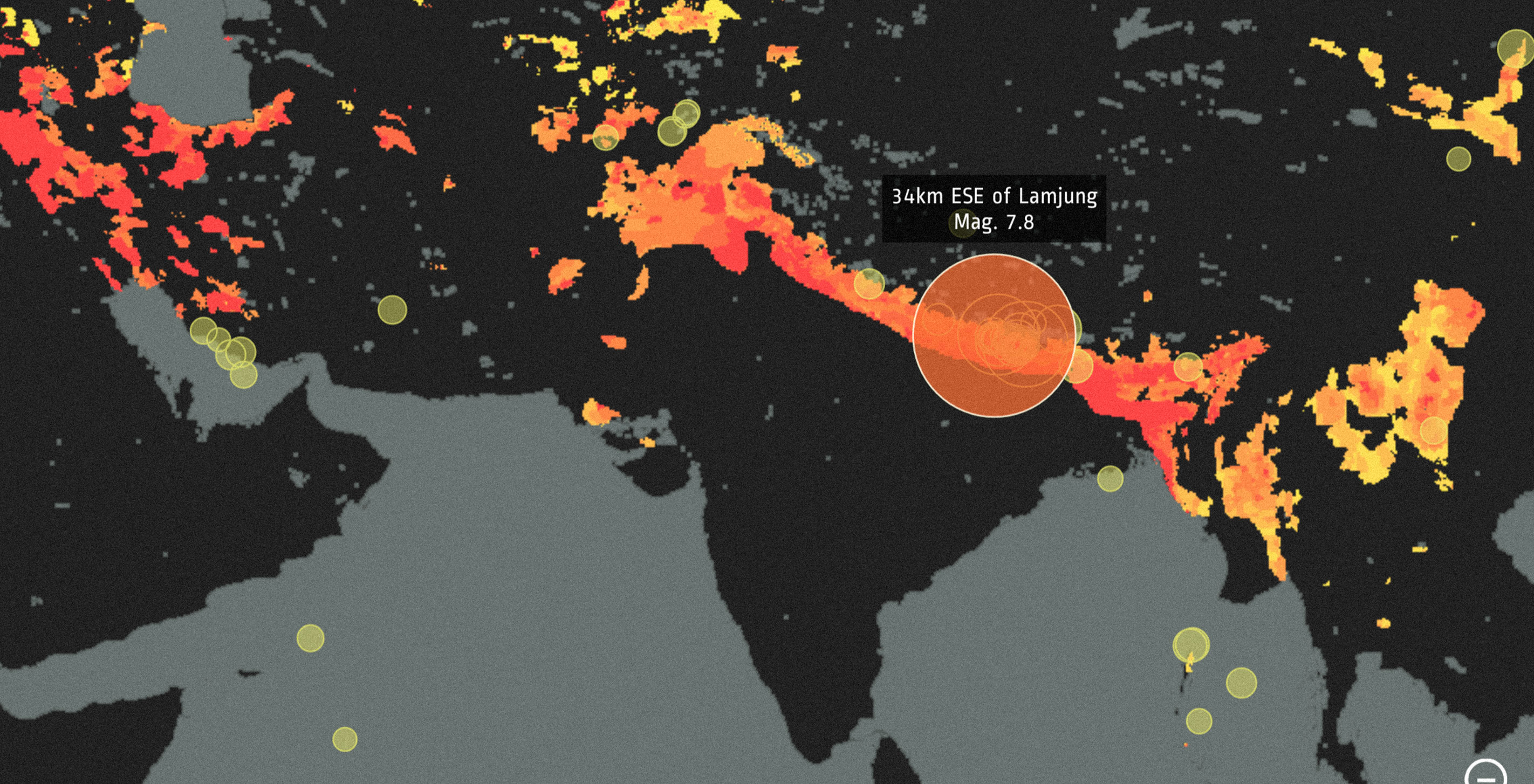 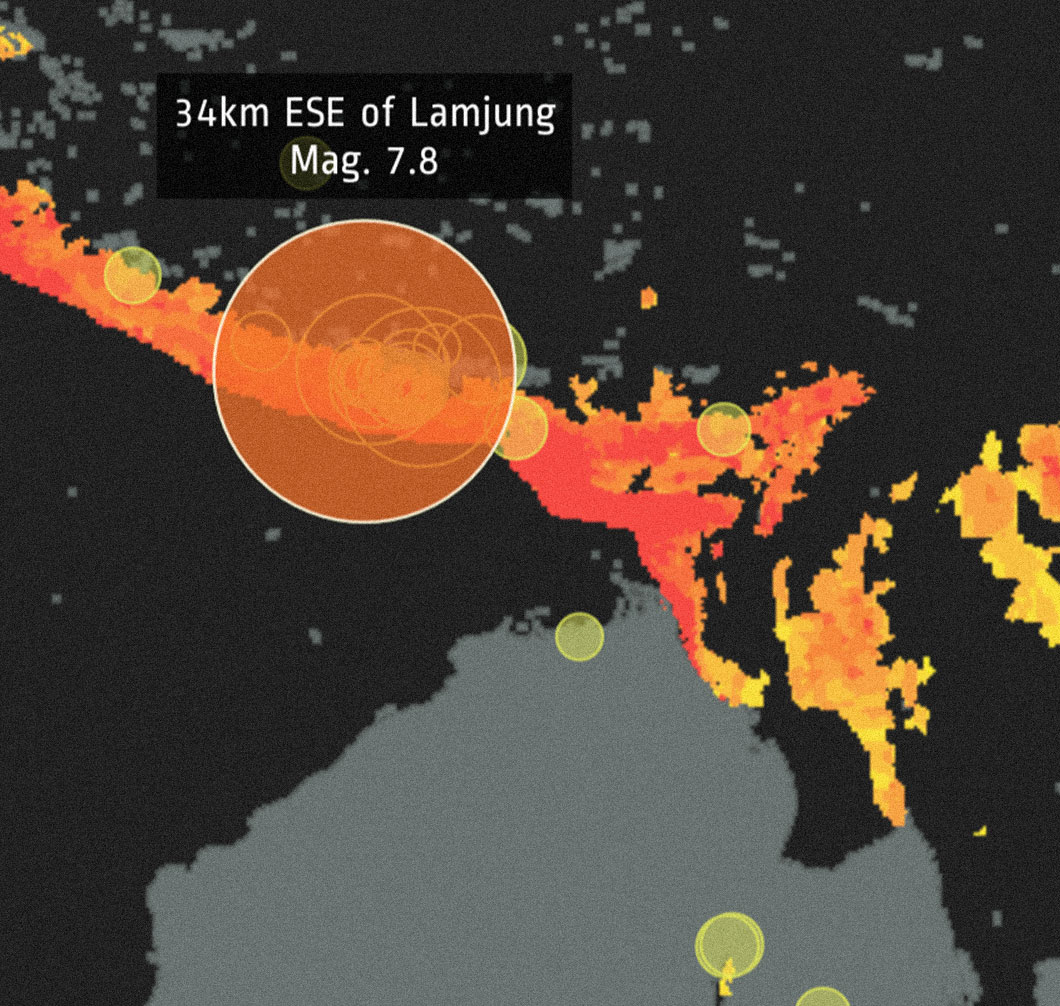 k
n
t
Olivia
Nepal Earthquake Relief
On April 25, 2015, a massive earthquake of magnitude 7.8 struck Nepal. Since then, multiple aftershock tremors of magnitude 6 and greater have caused devastating casualties and damage in Kathmandu and its neighboring areas. Papua New Guinea, too, was in close proximity to a 7.1-magnitude earthquake earlier today. As our thoughts are with the affected families and communities, we've updated our earthquakes web explorer with the most recent data to shed light on the immensity of the recent earthquakes and their aftershocks.

Many of the world’s most densely populated areas sit along the most seismically risky locations. The Nepal earthquake was triggered by the release of escalating tension along major fault lines, where the plate containing most of Europe and Asia overrode the subducting India plate. The Nepalese capital of Kathmandu, home to more than one million people, sits just 48 miles southeast of the earthquake’s epicenter. 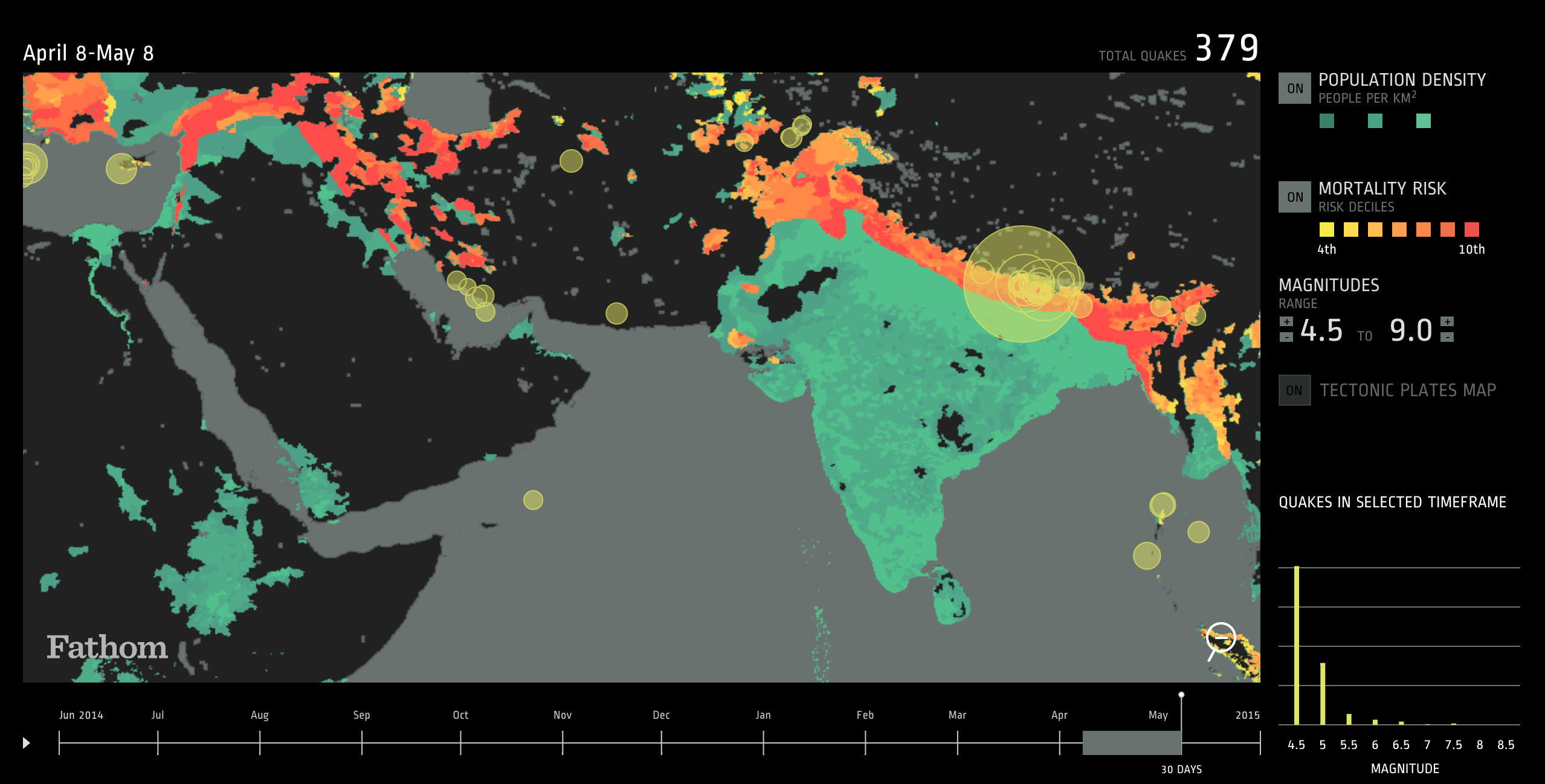 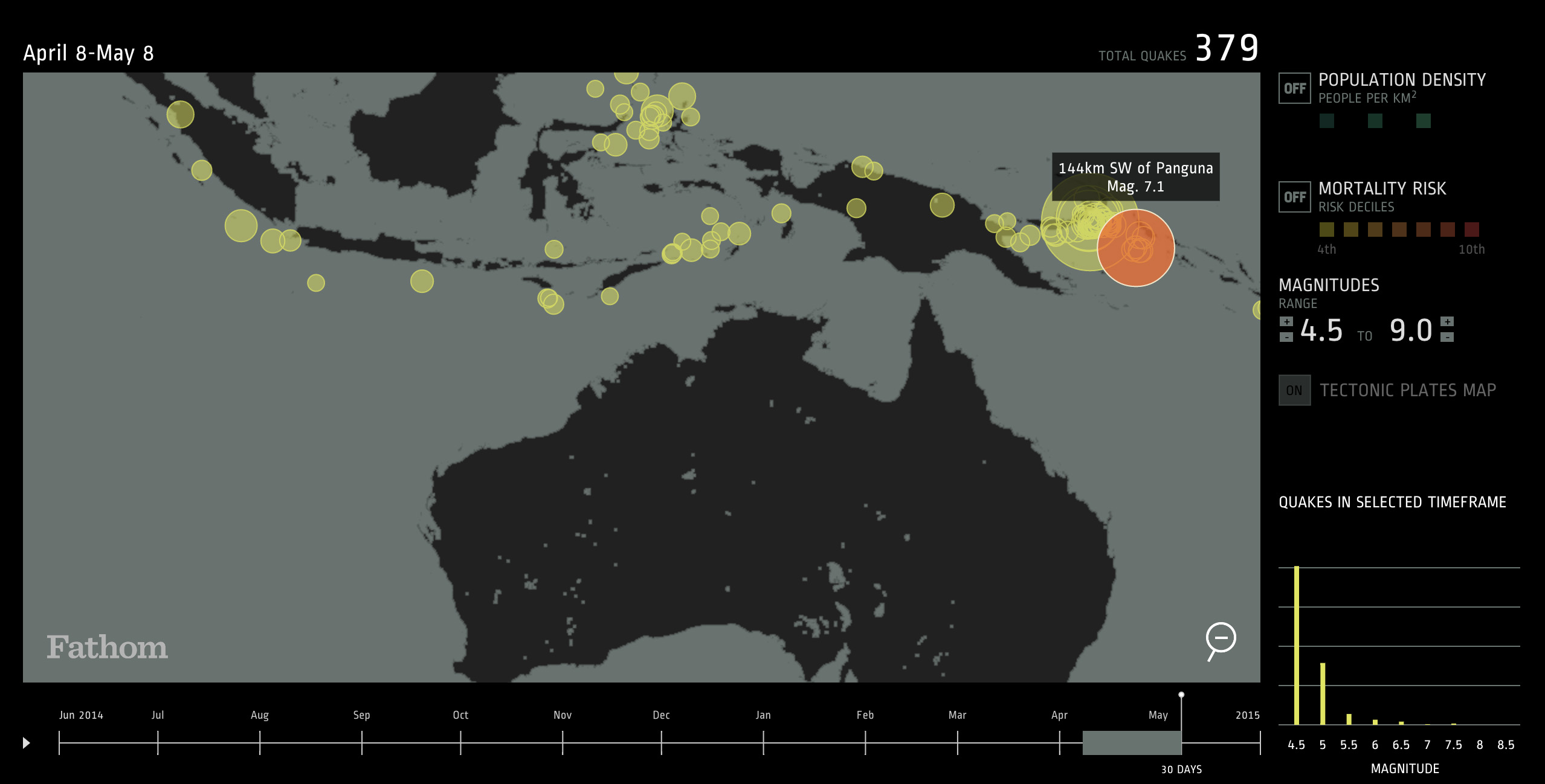 Our web application demonstrates that the most densely populated areas are often at the greatest risk for high magnitude earthquakes. Many of these high-risk regions require improved infrastructure that can sustain the frequenting tremors.

The Himalayan region is one of the most densely populated (light green) regions in the world, and also puts the residents at extremely high mortality risk (red).

We hope our tool can act as a guide as to where we can focus future efforts to improve infrastructural and institutional preparedness. Please take the time to learn more, and support the international aid efforts where possible.