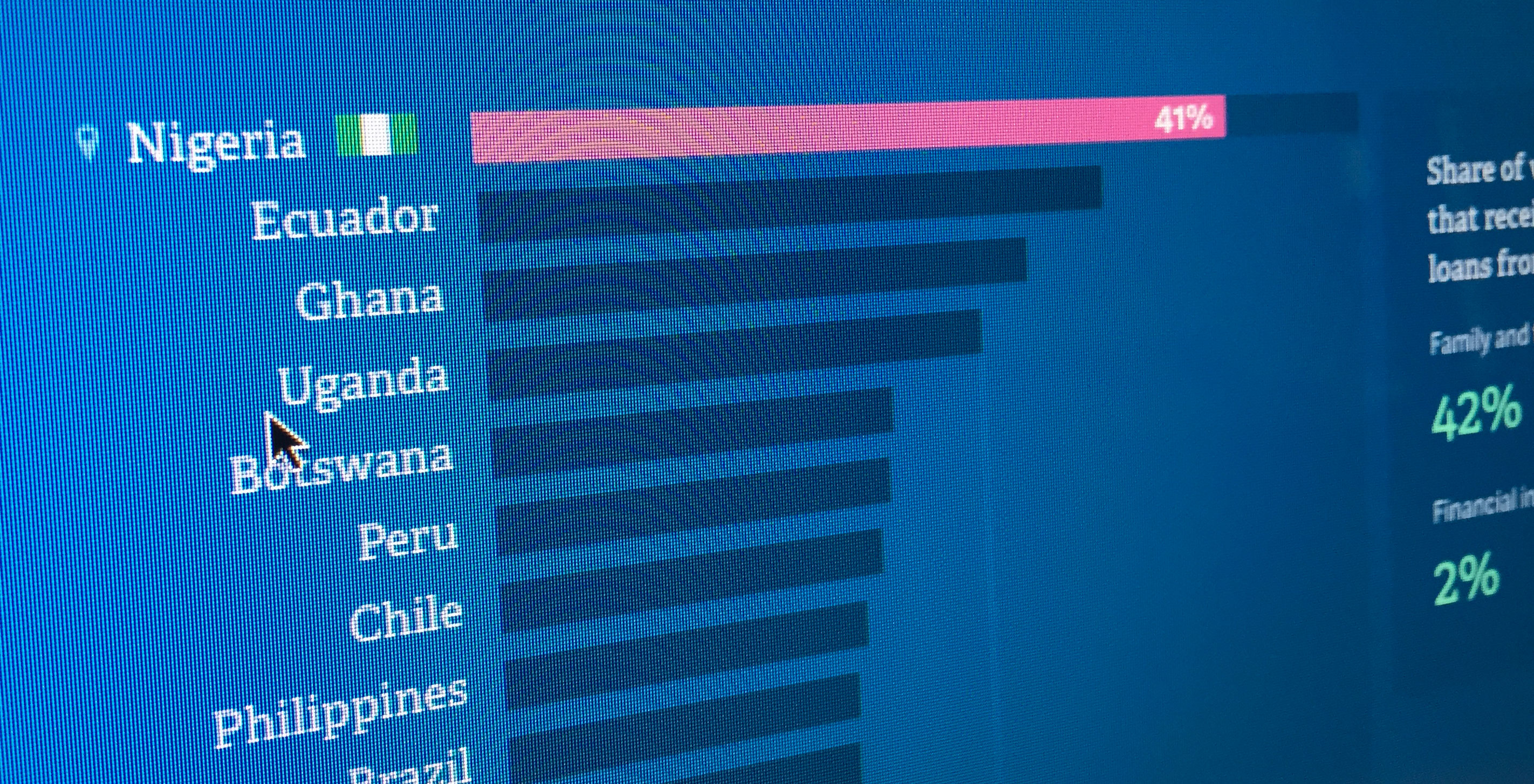 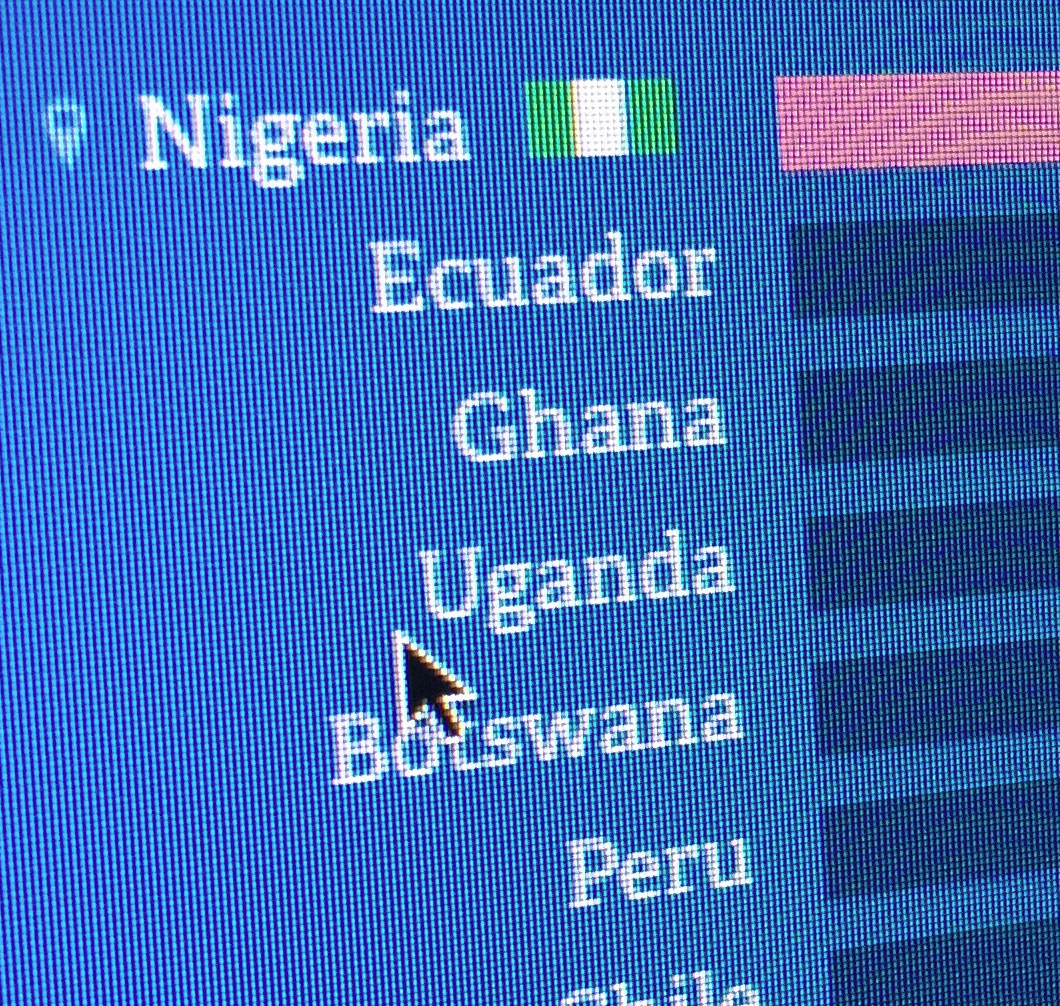 k
n
t
Alex
The world needs more #girlbosses
From the start of their education to the prime of their careers, women's professional paths look rather different from their male colleagues. The extent to which workplace inequity influences women's careers, though, varies by locale in a way you may not expect. 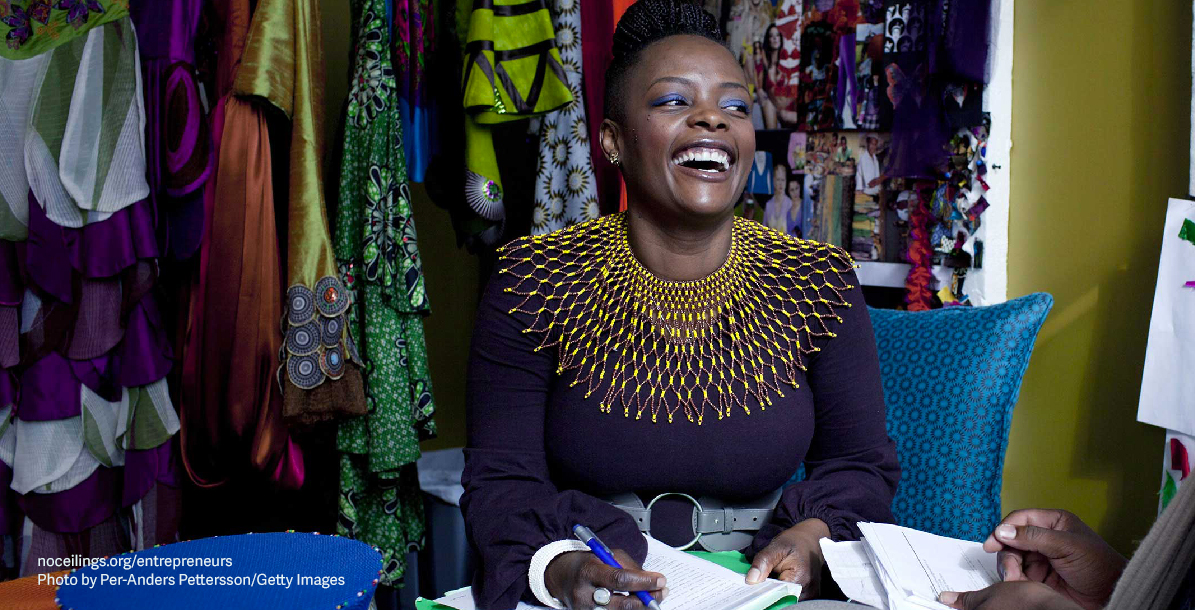 A South African entrepreneur, fashion designer, and mother of four works with one of her designers.

In Europe and Latin America, more women enroll in college than their male colleagues. Further, there tends to be higher concentrations of female college grads in the workforce than men with equivalent schooling.

So why is it that the share of men in high-level management positions is so much greater than that of women? Our No Ceilings story on women’s transition to the labor force shows that though women receive equal or higher levels of education, they are far less often in executive or management roles. A 2011 study by the Harvard Business Review found that for more than 7,000 leaders “at every level, more women were rated by their peers, their bosses, their direct reports, and their other associates as better overall leaders than their male counterparts—and the higher the level, the wider that gap grows.” The disparity is certainly not a matter of competency. 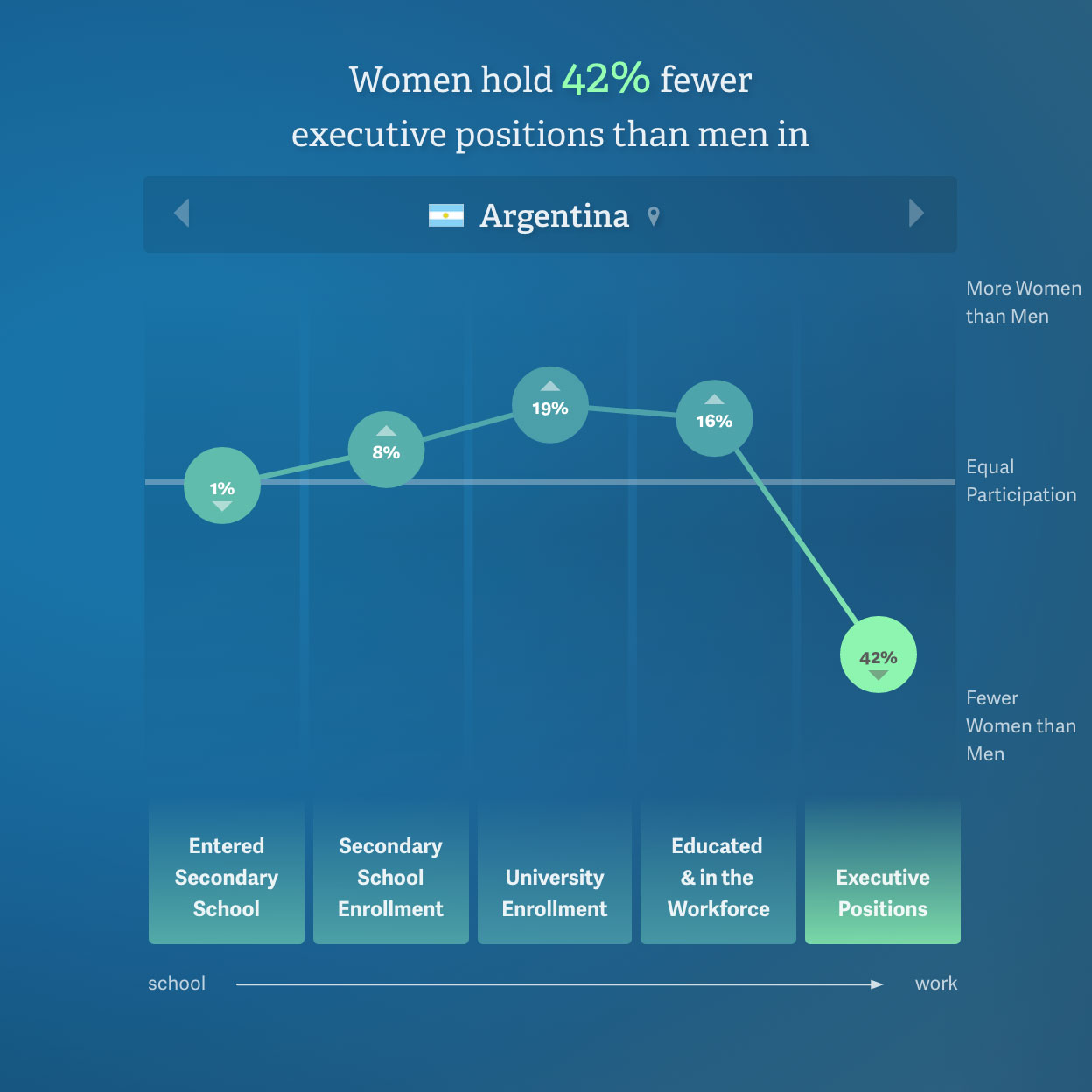 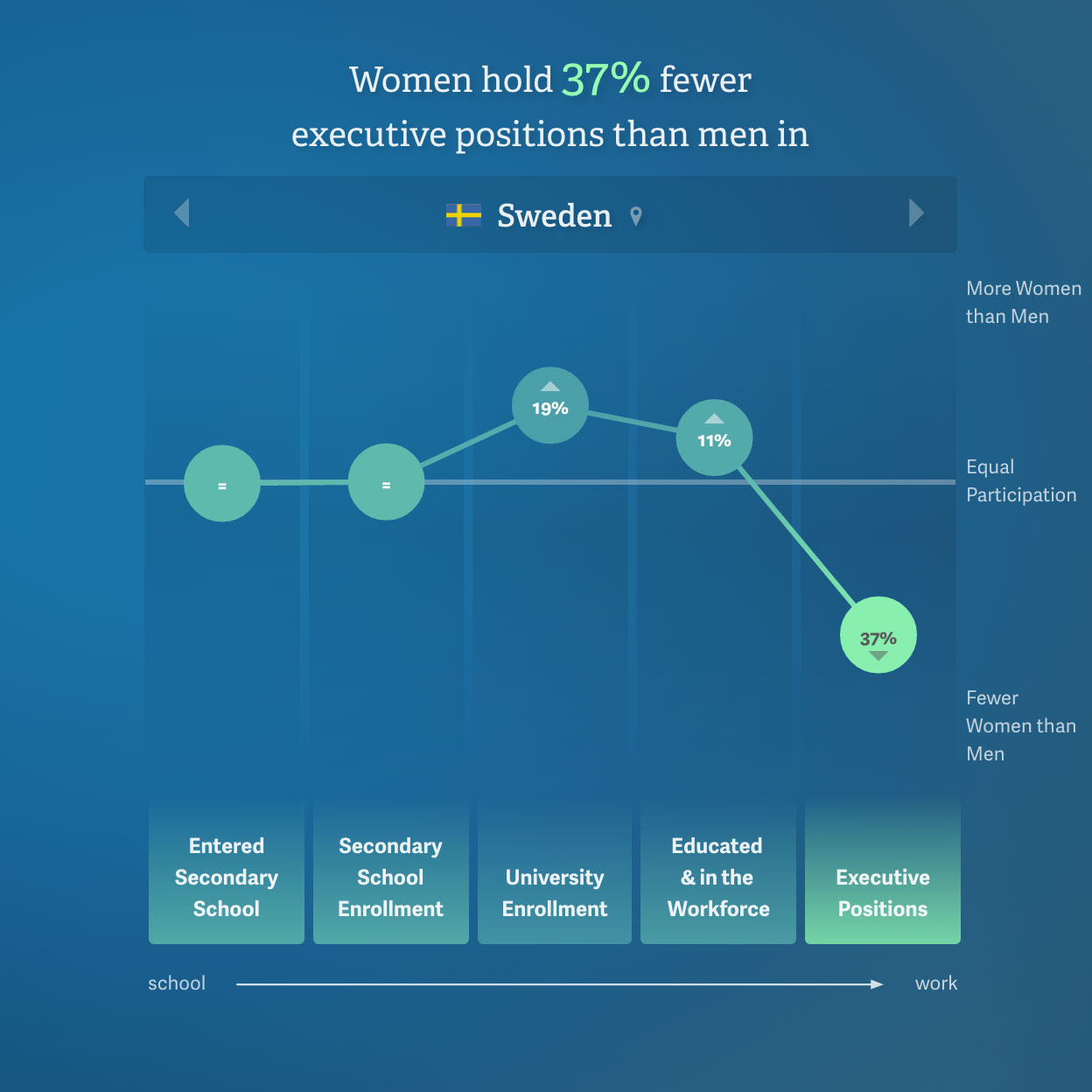 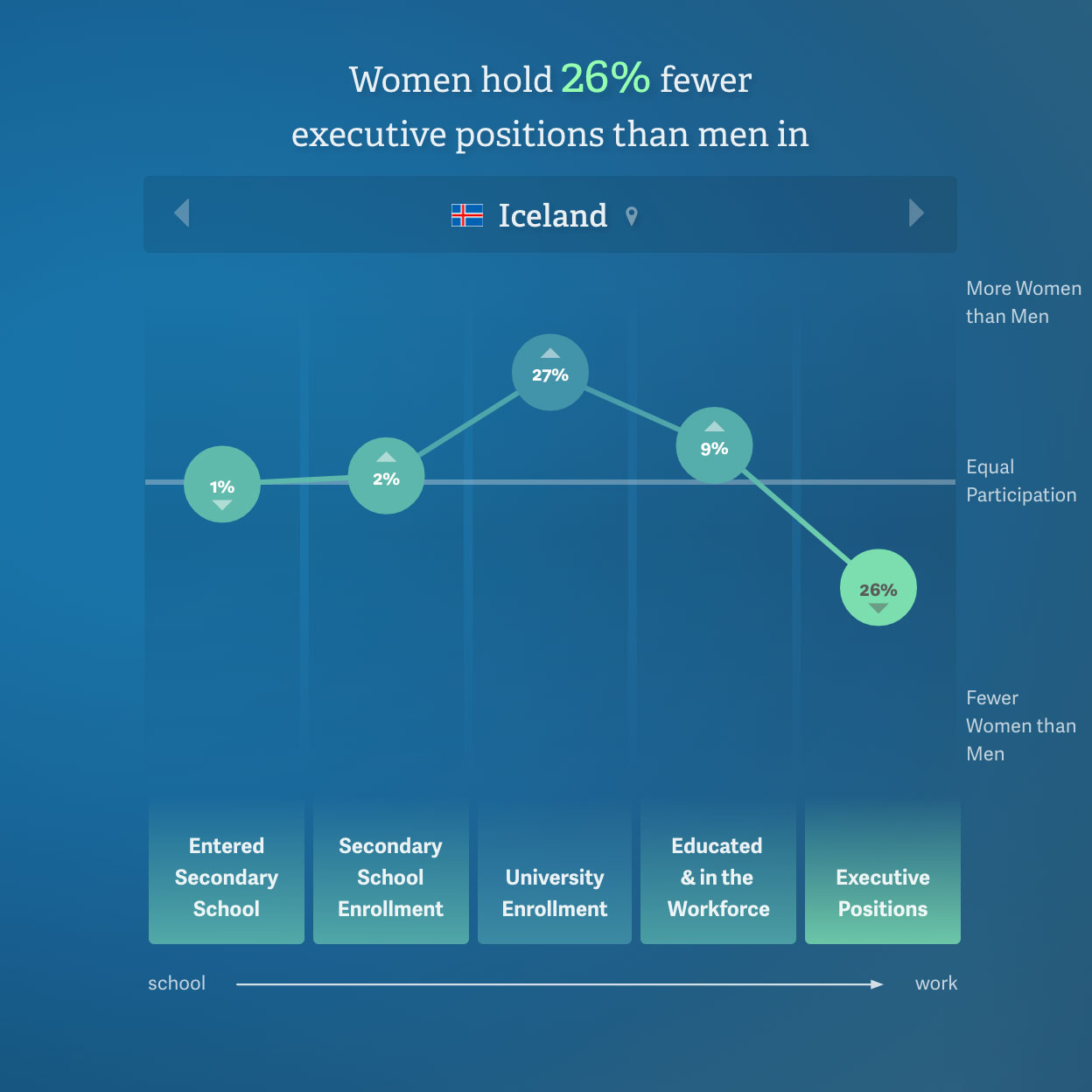 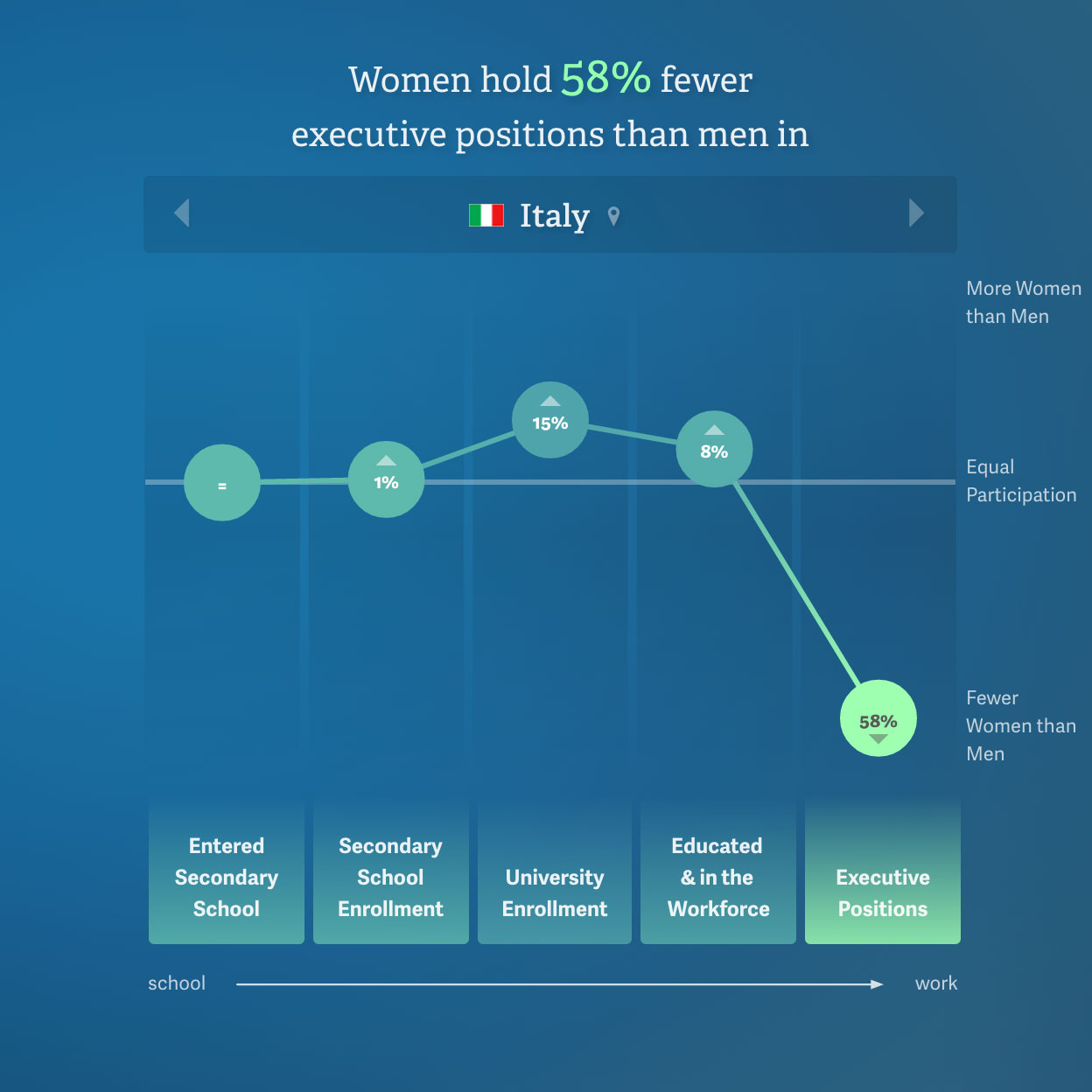 The study also compares male and female performance of 16 core traits that are important to effective leadership. Women outscored men the most in areas of “taking initiative and driving for results—[which] have long been thought of as particularly male strengths.” As we take findings from the study to a more tangible level, it’s interesting to see how women’s entrepreneurial initiative varies geographically.

Much of the regional variance reflects the different stages of national economies. Africa and Latin America contain economies where the fear of failure is less than that of more innovation-driven economies like Europe and North America. Of course there are many other issues at play which you can learn more about by reading the Global Entrepreneurship Monitor’s 2014 Global Report. 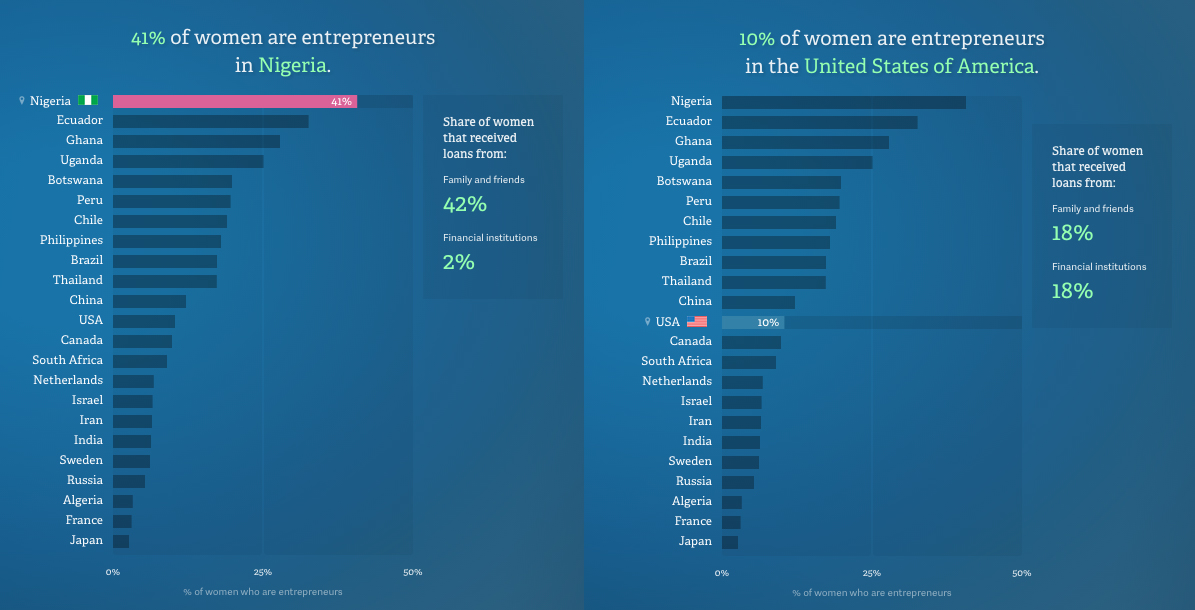 So, what can we say about how gender influences where we land in our careers? Even with higher levels of educational attainment, a myriad of structural and cultural issues hinder the professional success of women in more developed economies.

And as far as the ladies in Sub Saharan Africa go, well, we’re still trying to figure out how we can emulate their go get ‘em entrepreneurial spirit. With so many barriers to success, their initiative to expand opportunities, gain independence, and increase their incomes certainly sets an example worth striving towards.