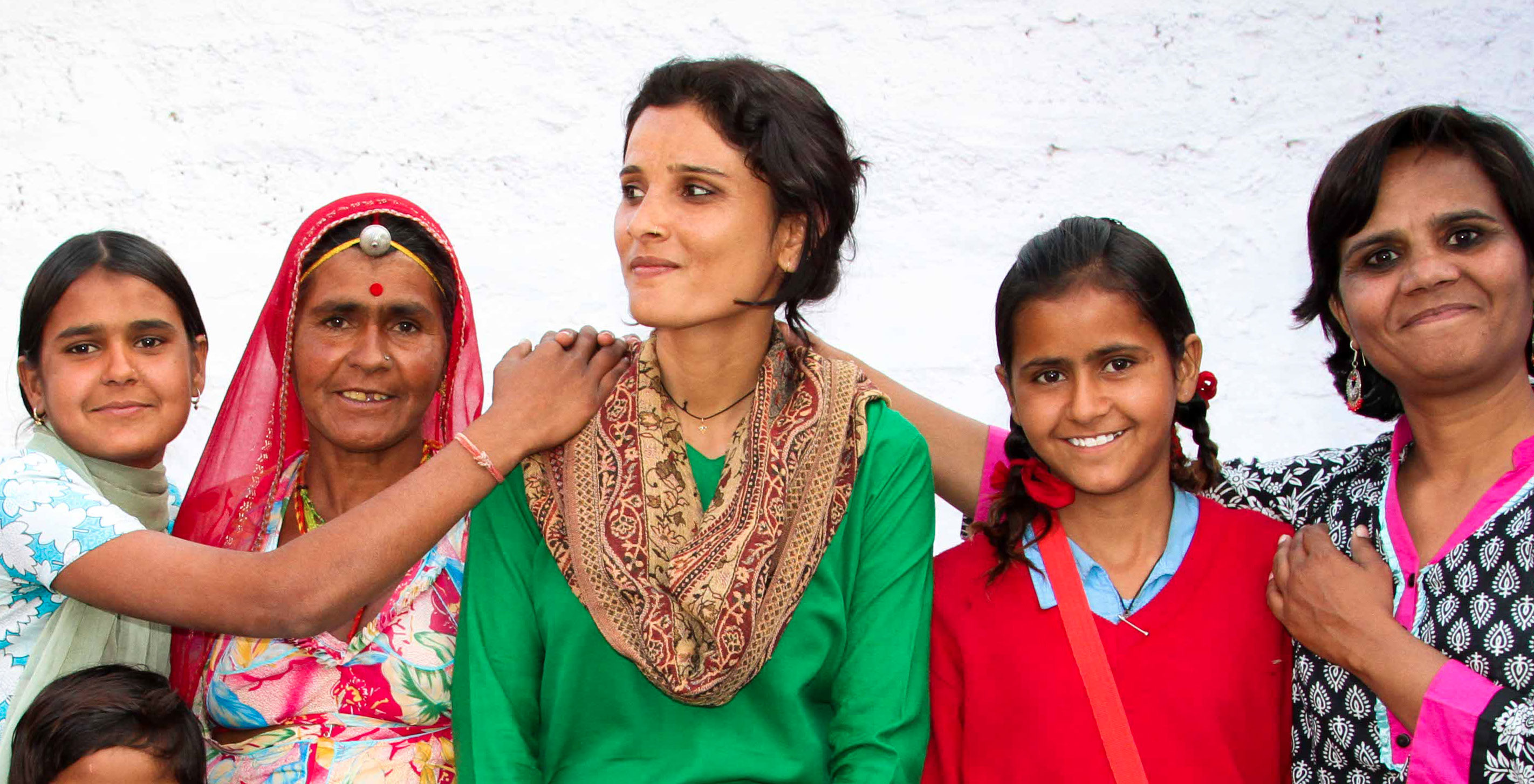 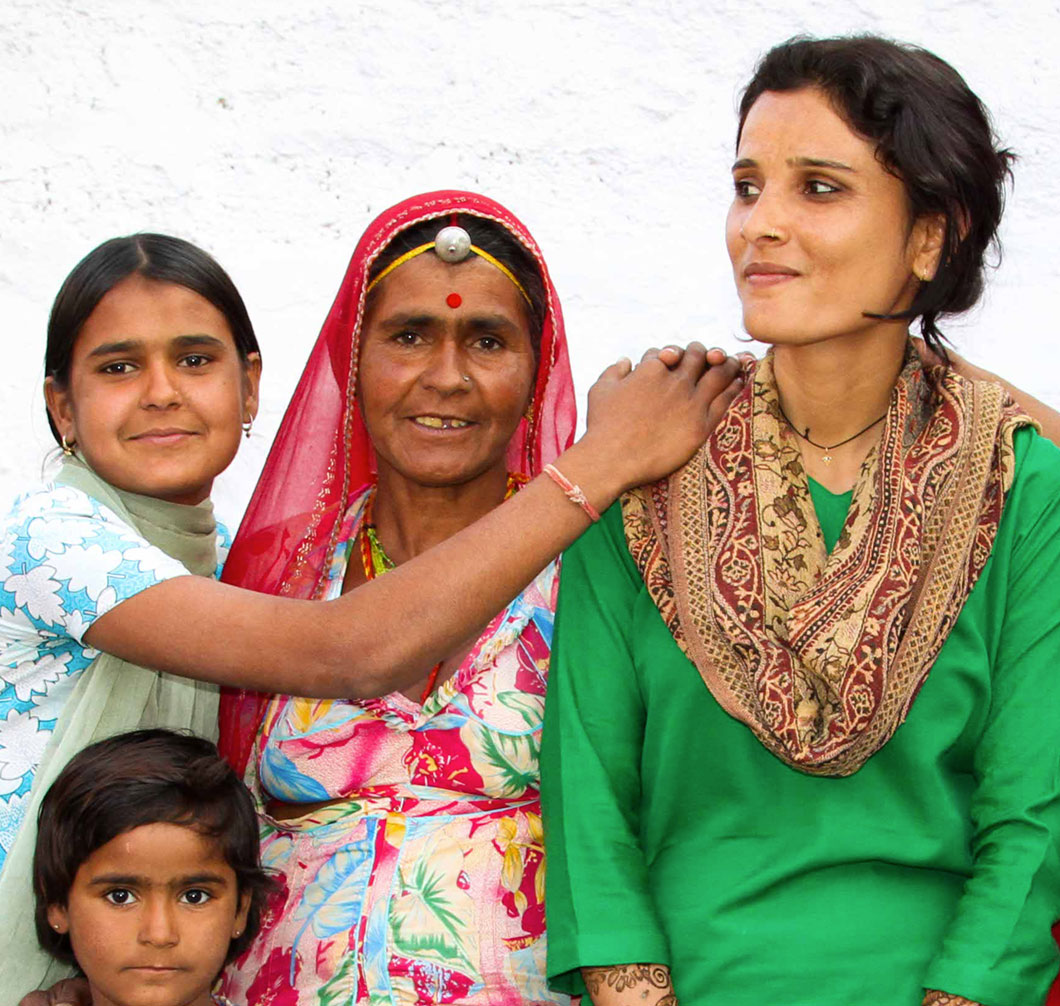 k
n
t
Alex
Millions of girls are forced to marry before graduating high school
One in four girls worldwide marries before her 18th birthday. Child marriage violates basic human rights, and denies millions of girls worldwide the control over their health, education, and futures. One of the data-driven stories featured in No Ceilings, our latest project for the Clinton Foundation and the Gates Foundation, details the prevalence and negative impacts of underage marriage, along with the detrimental effects it can have for girls, their families, and their wider communities. 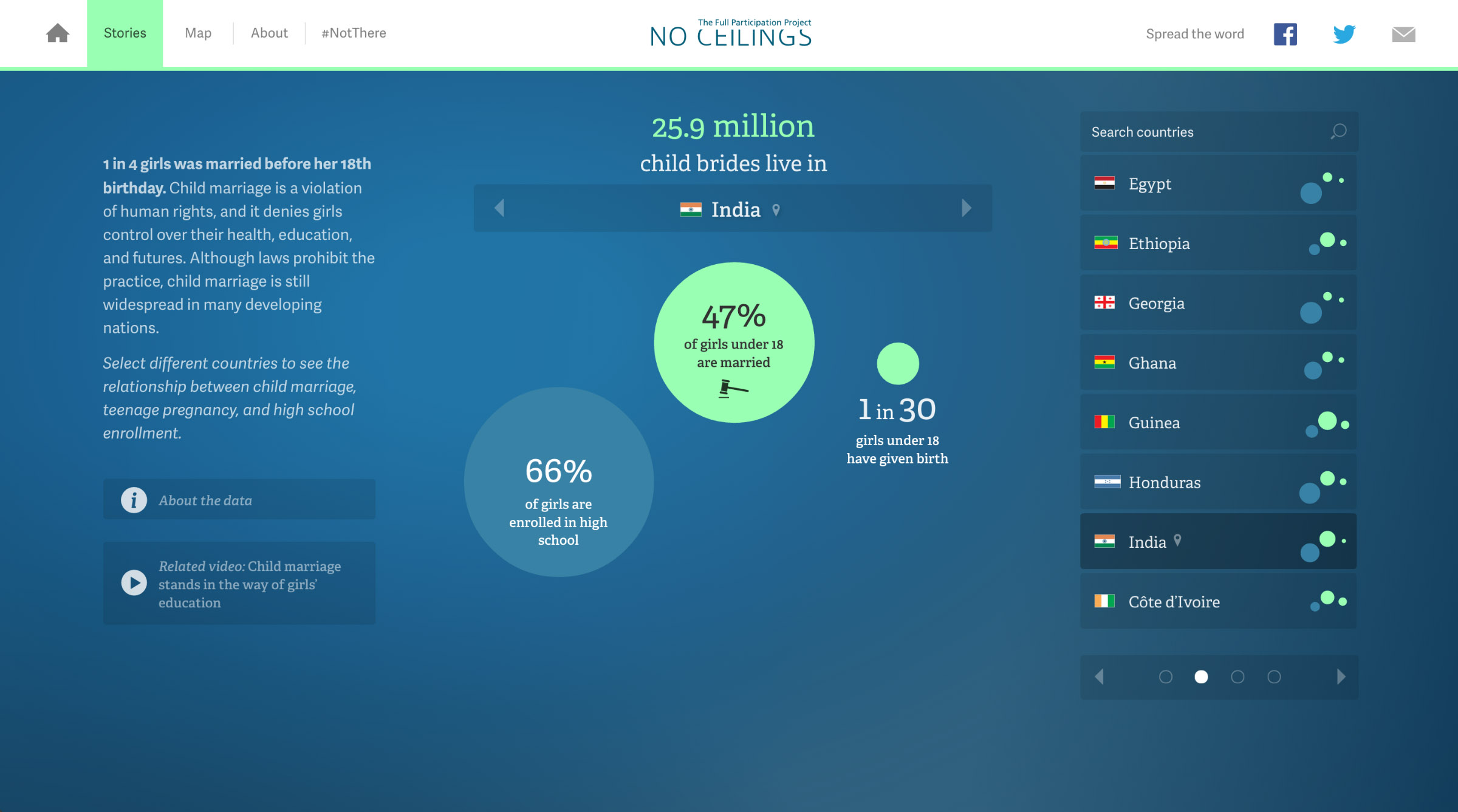 India is home to more child brides than any other country.

Although laws often prohibit the practice, child marriage is still widespread in many developing nations. The legal minimum age of marriage in India is 18 years old, but 47% of girls—or an astounding 25.9 million—are married before their 18th birthday. That means roughly one in two women in India recited their nuptials before graduating from high school, and in too many cases, even before graduating elementary school.

Though legislation helps curtail the numbers, laws are often disregarded or ineffectual in eliminating the practice. Further, in some countries circumstances like parental consent, religious custom, or court approval allow girls to marry at a younger age than boys.

In cases of child marriage, young girls are typically taken from their families and married to older men. As a result they are often forced to stop their schooling and instead work for the family of their new spouse. Their education—as well as their childhood—is cut short.

As the prevalence of child marriage increases, so does the rate of teen pregnancies. School enrollment also tends to decline. In Niger more girls have given birth than enrolled in high school. Girls face more positive conditions in Jordan.

High rates of teenage pregnancy are also common in places where child marriage is prevalent. Girls must often bear children before they are physically, emotionally, or financially prepared to do so. In Niger, where there is no minimum legal age of marriage, one in five girls under 18 have given birth—which is higher than the percent of girls enrolled in secondary school (i.e. in a given year, more girls under 18 have given birth than enrolled in high school).

The visualization allows users to compare rates of child marriage, secondary school enrollment, and adolescent pregnancy across countries. For a more human account of the story, see the incredible video made by media partners, Scratch, about girls in India who are taking a stand against child marriage.

Visit the site to explore the pervasive impacts of child marriage around the world, and to watch the short video featuring women who are taking control of their own futures.