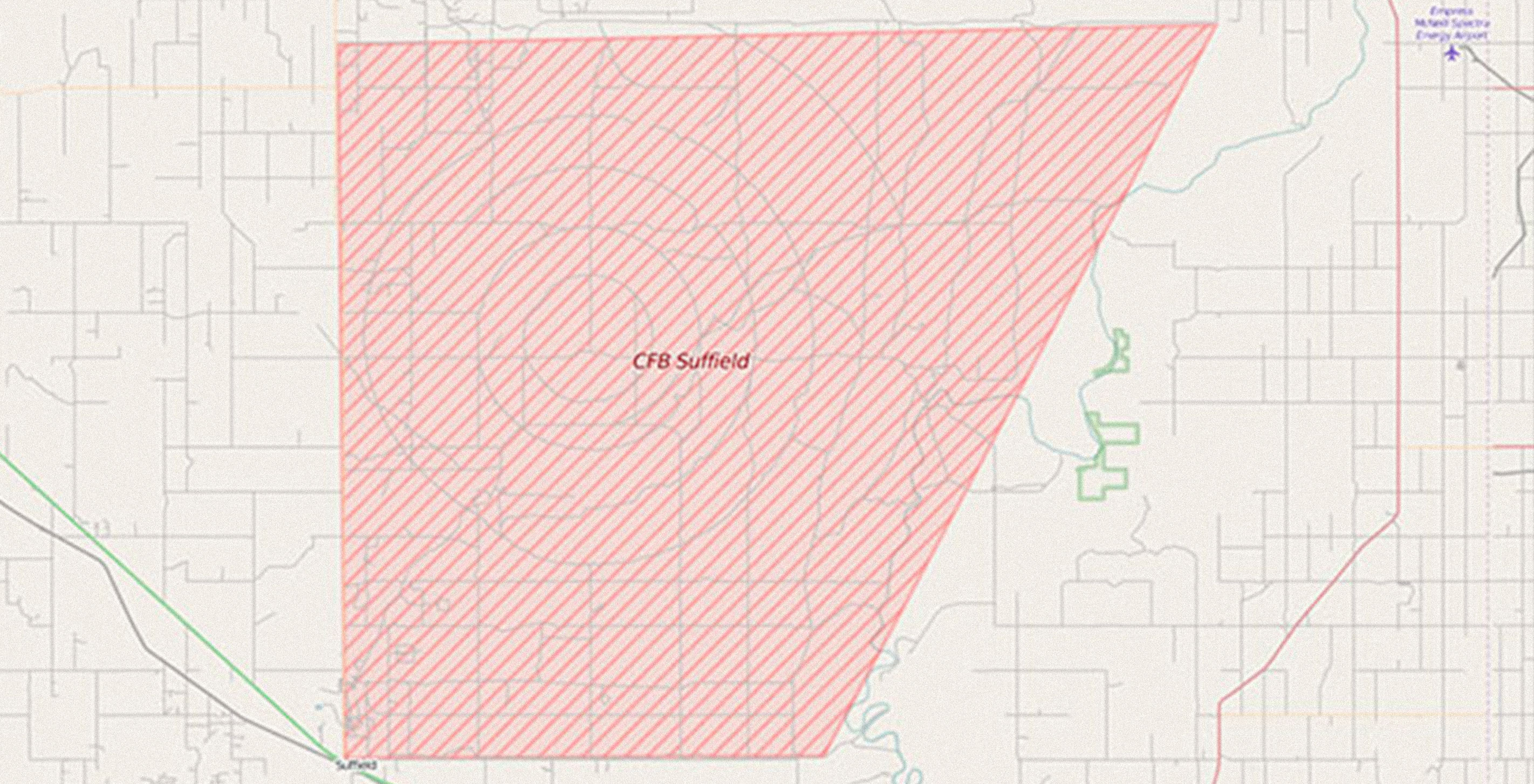 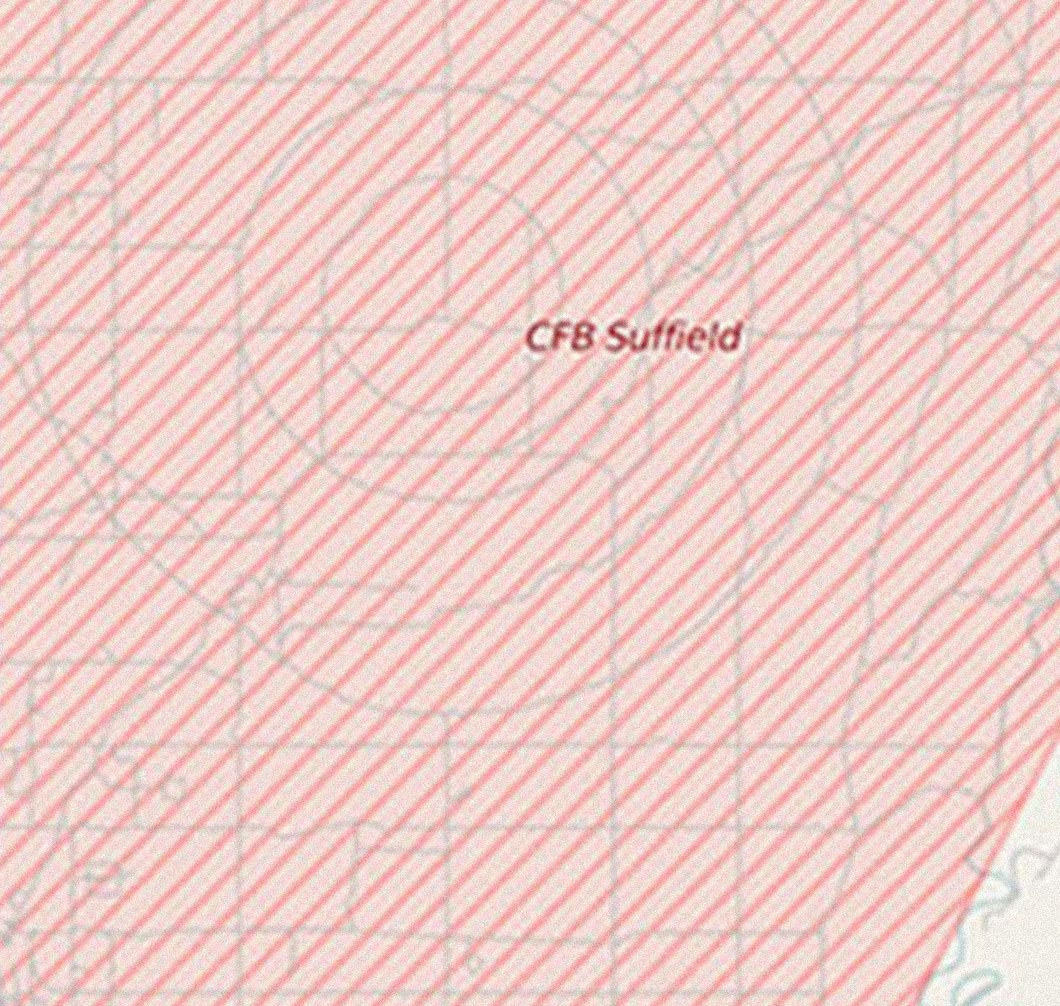 k
n
t
Brian
The Circles in Suffield
One of the great things about working at an information design firm like Fathom is the opportunity to work with subject matter from all kinds of domains. In a single week, we've researched topics ranging from social issues that affect women's equality, database management, and student debt. Recently we were even pulled into the vortex of an international cartographic mystery...

As our Twitter followers know, we’ve expanded the All Streets poster series to cover select countries around the world. The maps outline the geography of various states and countries by plotting only their streets. Of course the data is gathered and processed programmatically, but the maps still require human design attention after the numbers are crunched. To that end we give each poster a once-over for any odd patterns or marks that look like glitches rather than actual streets. It was this process that led us to the oddities in the southeastern tip of Alberta, Canada: 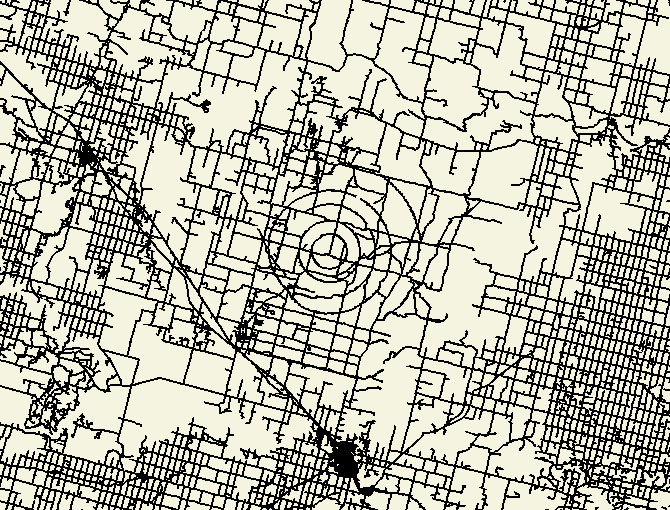 A series of roads in nearly perfect concentric circles, over 20 miles in diameter at their widest, was sitting in the middle of rural Canada? We thought there must have been some kind of error. But when we double checked the source at OpenStreetMap, there it was: a label reading “CFB [Canadian Forces Base] Suffield," enclosed within a foreboding red-striped area. A quick glance at Wikipedia told us that Suffield is “the largest Canadian Forces Base and the largest military training base in the Commonwealth.” 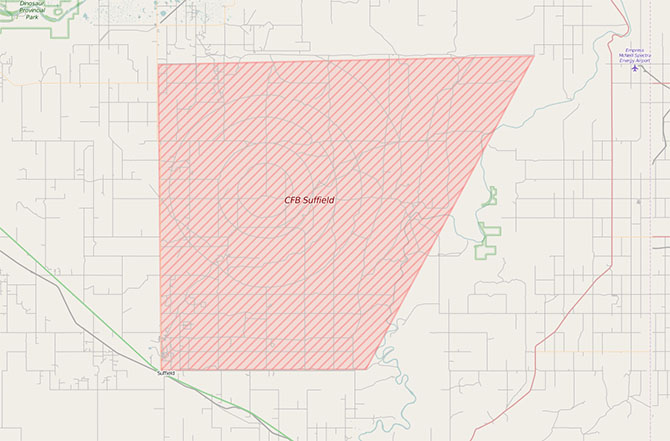 CFB Suffield, with its largest and outermost circular roads

We switched to Google Maps to get a satellite view of the area, and quickly located the circles (although they didn't appear in Google's street maps). Looking a little closer, we noticed even more circles inside the original ones. How curious! But upon zooming in to get a better view, we were surprised to see even more circles! No less than nine in total. And at the center sat an oddly shaped formation or structure. 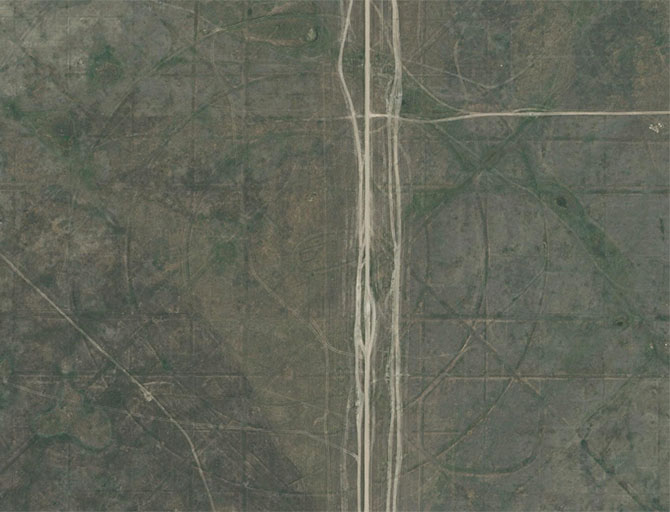 Zoomed all the way into the circles, a small formation comes into view

We searched for more information about CFB Suffield, and found out it was established as a military base under the name Experimental Station Suffield during World War II for chemical warfare training. Currently it hosts a laboratory of Defense Research and Development Canada. We also discovered that we weren’t the only ones asking about the strange circles. Other mapping aficionados, local residents, and conspiracy theorists had noticed them too. Unfortunately, we weren’t able to uncover any definitive answers, although some of the speculation is intriguing.

From a forum discussion about the Suffield circles. Did we just get put on a list somewhere in Ottawa?

So what’s the deal with the circles? Are they just roads after all? Divots from explosives testing? A giant particle accelerator? Or maybe the conspiracy theorists are right and it really is a landing pad for Canadian UFOs. 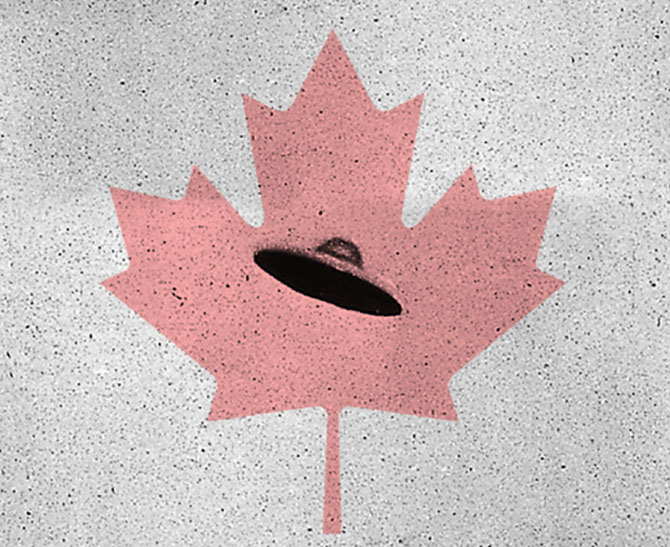 Visit our print shop to get your own copy of the All Streets map for Canada, and use the code "ALIENS_AMONG_US" for a $15 discount!

Or check out maps of other countries and U.S. states.*

*As of 2020, we no longer sell our posters online, but office visitors may get a special goodie bag...