The Preservation of Favoured Traces

The Preservation of Favoured Traces is a series of interactive and print pieces that explores how to show the evolution of a text using Darwin’s On the Origin of Species. Through these studies, we’ve developed ways of showing changes to text over time that are both visually compelling and functional.

View this page on a larger screen for the interactive version of the piece above.

Charles Darwin first published On the Origin of Species in 1859, and continued revising it for several years. As a result, his final work reads as a composite, containing more than a decade’s worth of shifting approaches to his theory of evolution. In fact, it wasn’t until his fifth edition that he introduced the concept of “survival of the fittest,” a phrase that actually came from philosopher Herbert Spencer. By color-coding each word of Darwin's final text by the edition in which it first appeared, our latest book and poster of his work trace his thoughts and revisions, demonstrating how scientific theories undergo adaptation before their widespread acceptance.

The original interactive version was built in tandem with exploratory and teaching tools, enabling users to see changes at both the macro level, and word-by-word. The printed poster allows you to see the patterns where edits and additions were made and—for those with good vision—you can read all 190,000 words on one page. For those interested in curling up and reading at a more reasonable type size, we’ve also created a book.

The poster and book are available for purchase. All proceeds are donated to charity. 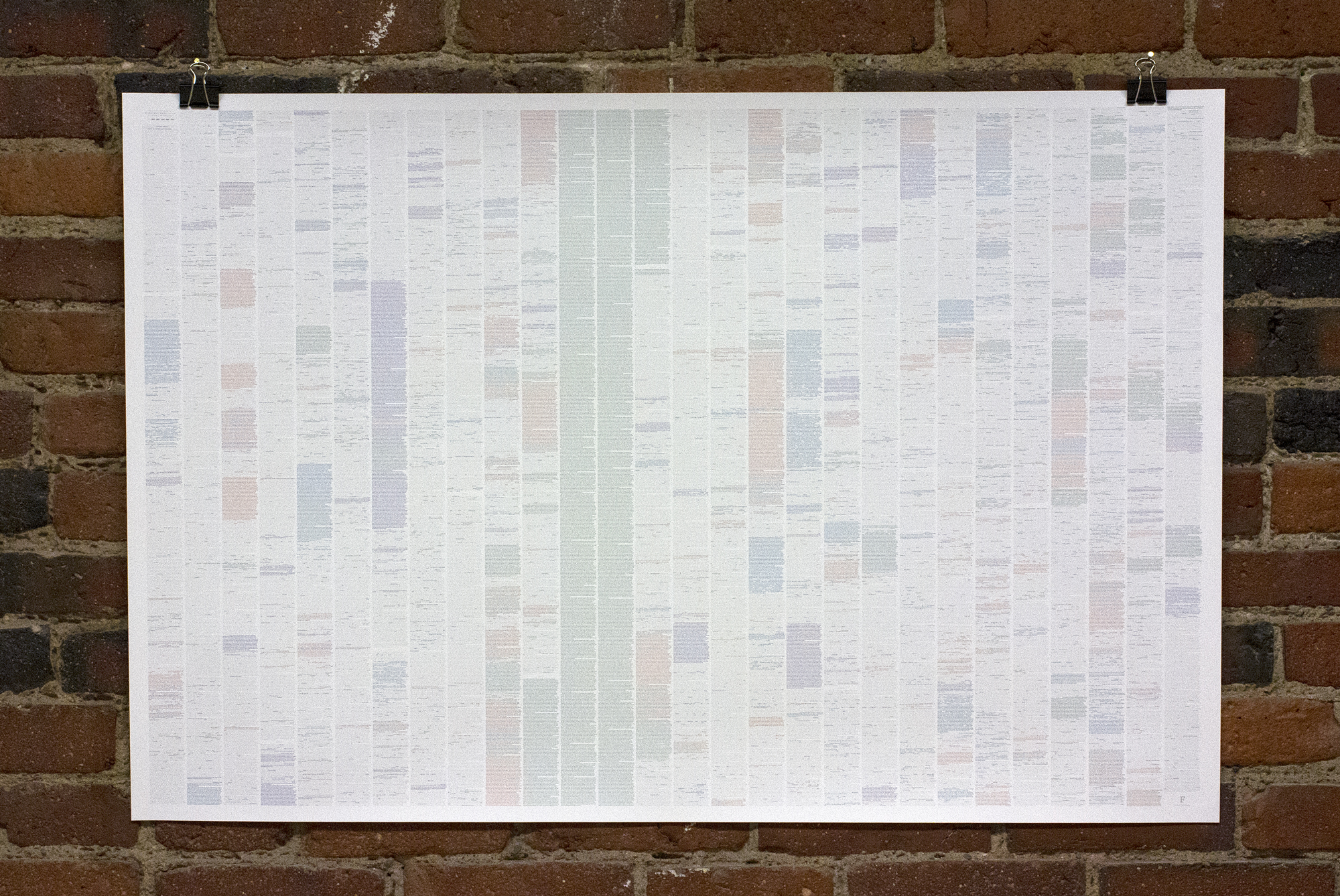 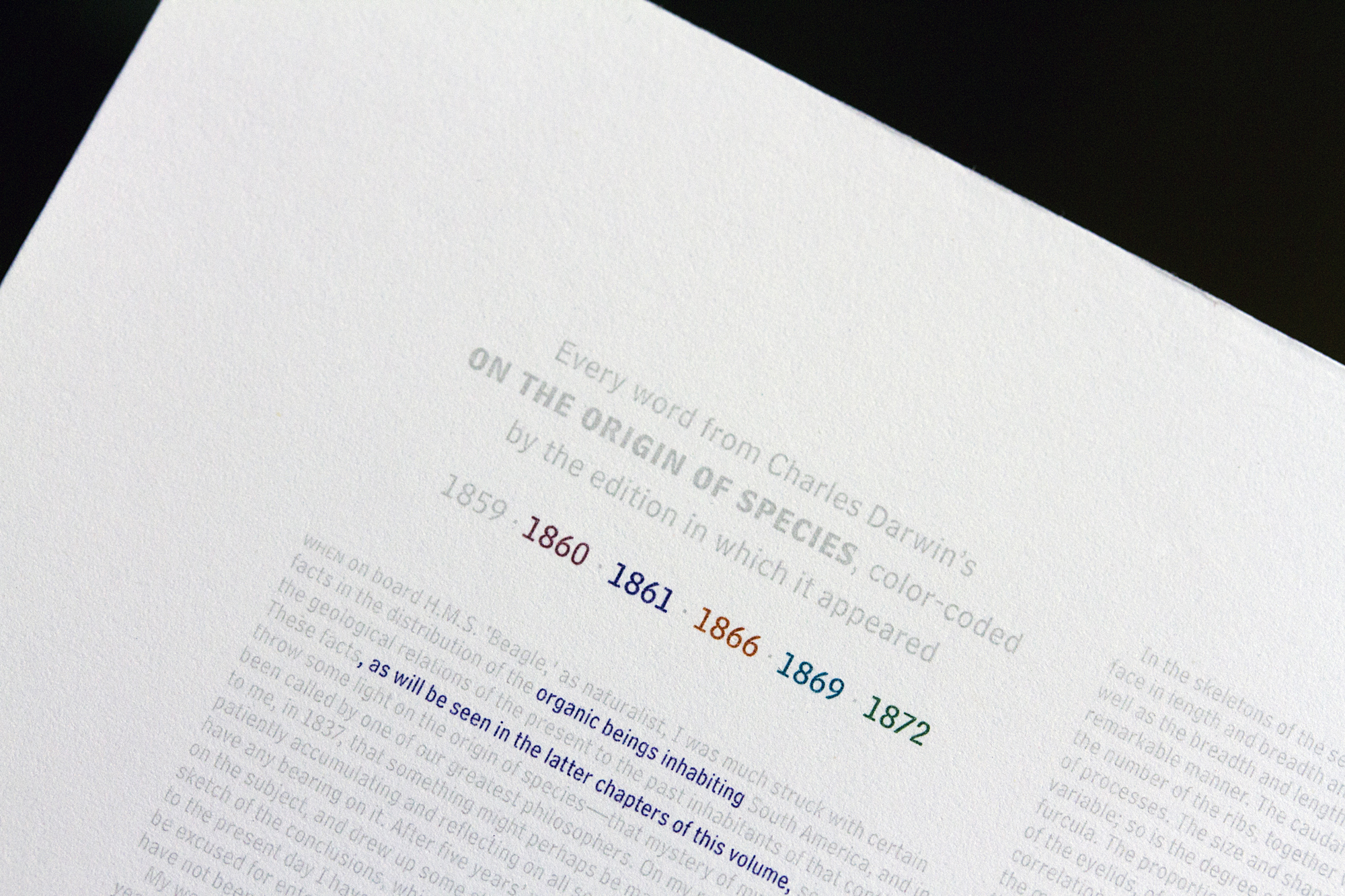 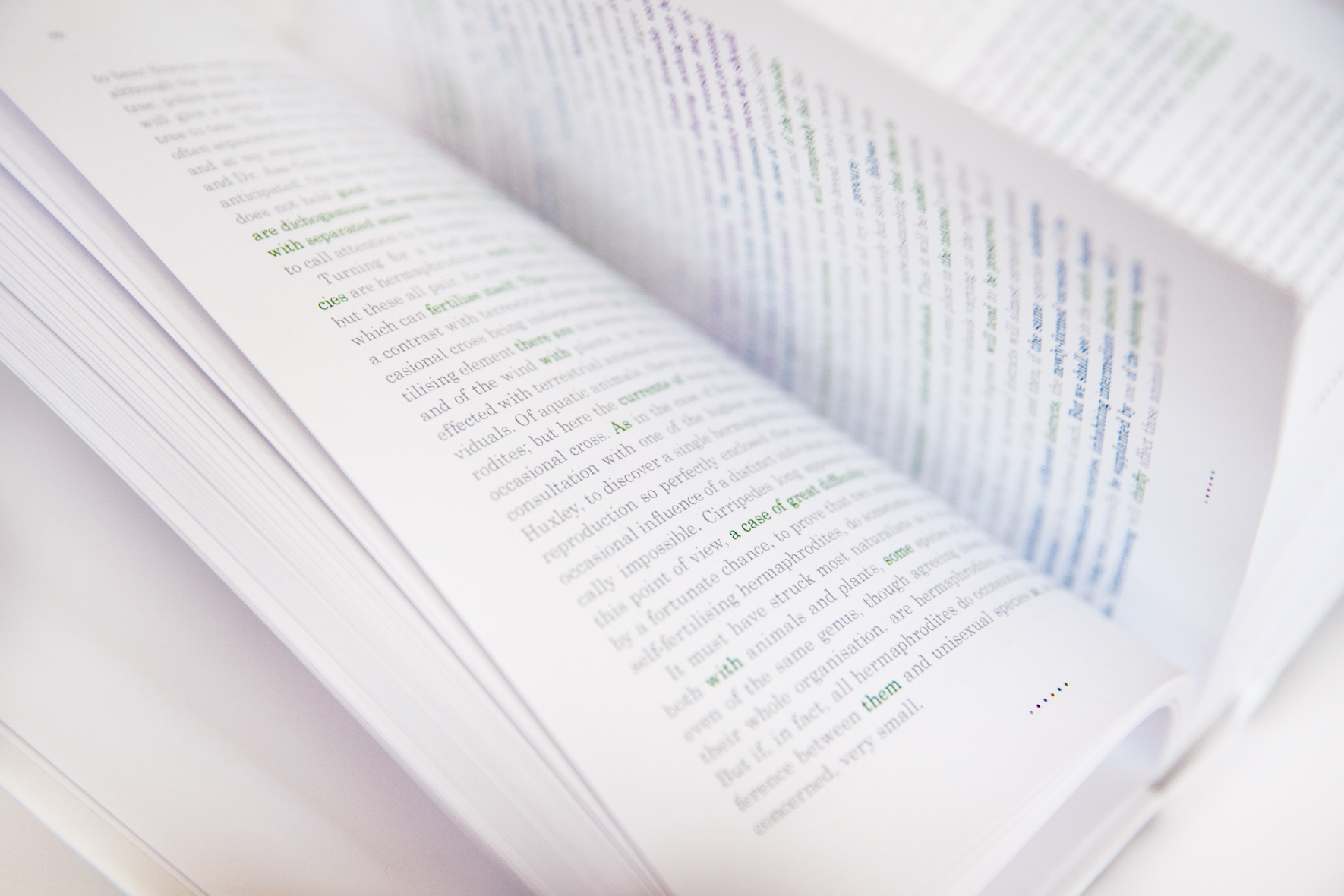 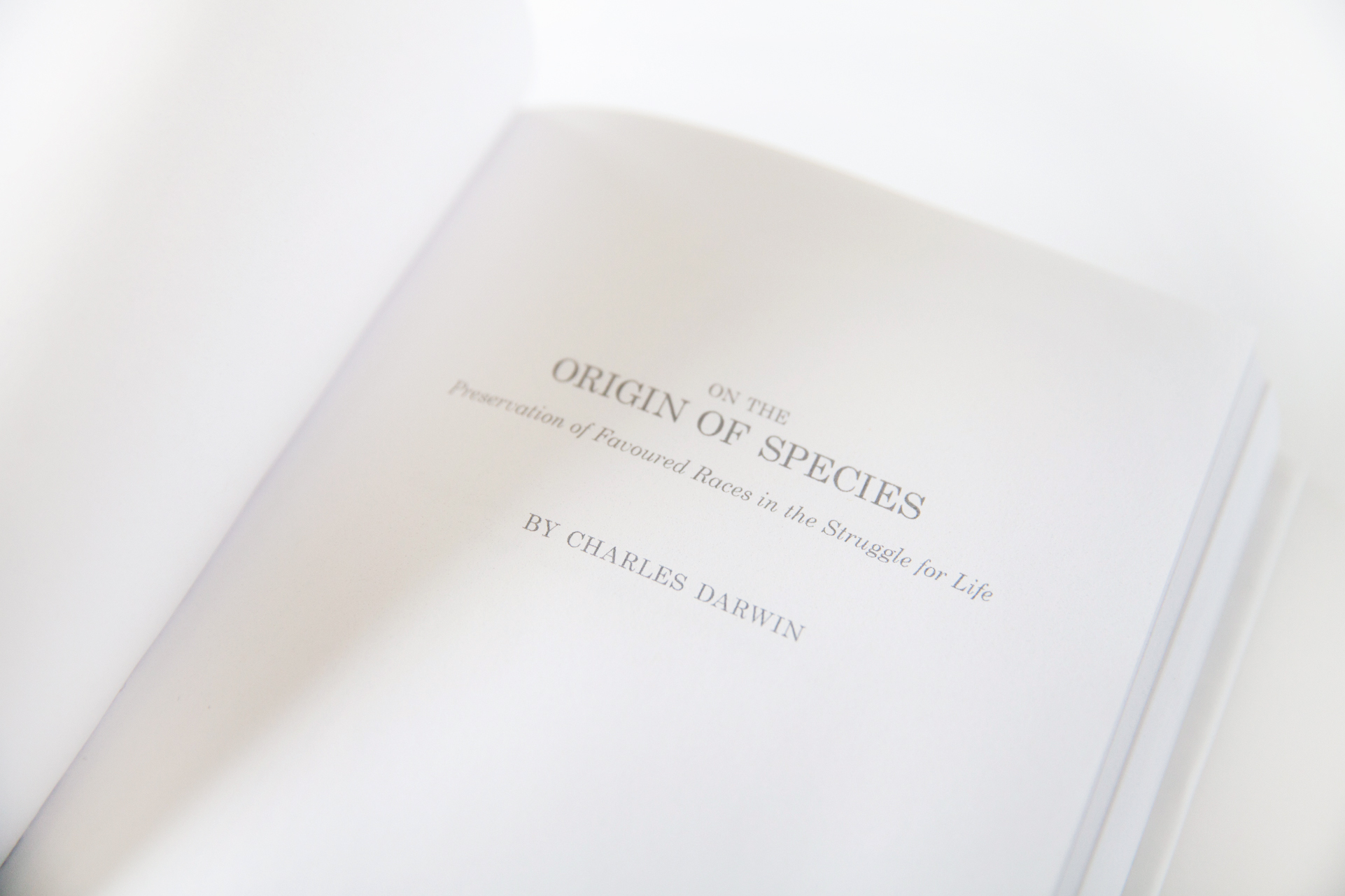