k
n
t
Alex
Millions of women need birth control
Hundreds of millions of women worldwide lack the freedom or the means to decide if, when, or how often they'll have children. In the United States alone, 4.72 million married women want to stop or delay having kids, but don't have birth control. Our most recent visualization for No Ceilings: The Full Participation Project explores where married women lack the means to plan the number or timing of their children. In the policy world, the issue is described as the "unmet need for family planning," but you can think of it as the disconnect between a woman's reproductive intentions and her contraceptive behavior. 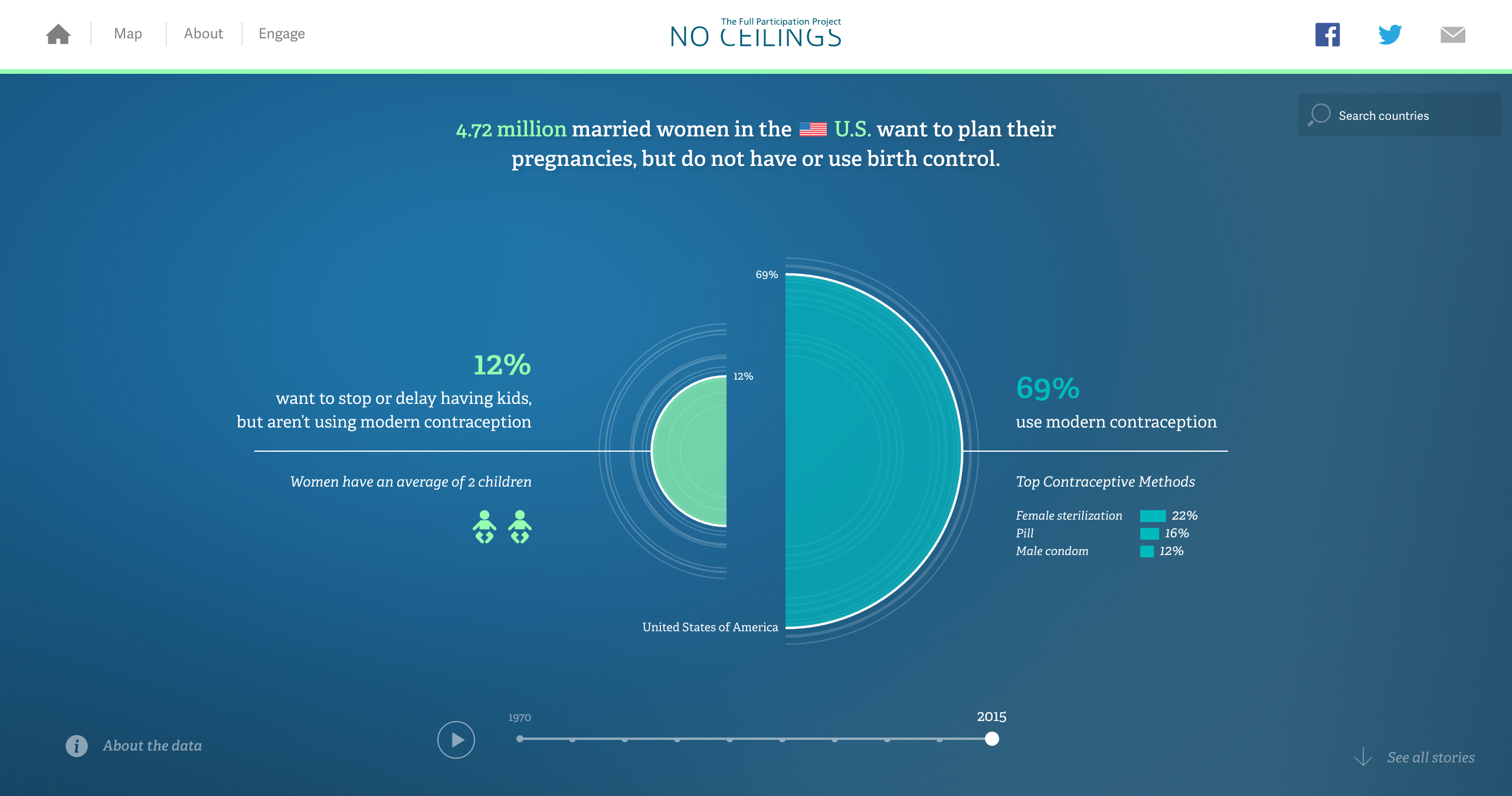 More than one in ten women in the U.S. lack the means to plan their pregnancies

There's a whole host of reasons why married women who want to stop or delay having kids don't use contraceptives. Reasons include cost, lack of access or information, the perception of being at low risk for pregnancy, opposition to use, and stigma, among many others. Overall though, one of the most commonly cited explanations was that there was an insufficient supply of methods and services, meaning there weren't enough people or places that could share information on available methods, or give women access to their choice option. Cost is also a major barrier, so many women are quite literally priced out of their reproductive rights.

When women and men lack the resources for family planning, they may have more children than they're able to support. Women in Niger, for instance, have an average of eight children each, yet nearly one in four want to stop or delay having kids (but don't have birth control). Also keep in mind that the average fertility rate is eight children, so many women in Niger have even more than eight mouths to feed.

We launched the story in conjunction with the Women Deliver conference, based in Copenhagen, Denmark, this week. The conference brings together people from a variety of backgrounds to drive progress in maternal, sexual, and reproductive health and rights.

To me, the story on the need for family planning speaks the the level of agency a woman has in her marriage. When a married woman lacks the say to plan her pregnancies, she also lacks a say in her future. Explore country level data at noceilings.org/family-planning. You can also learn more on the explanations for unmet in a report by the Guttmacher Institute.